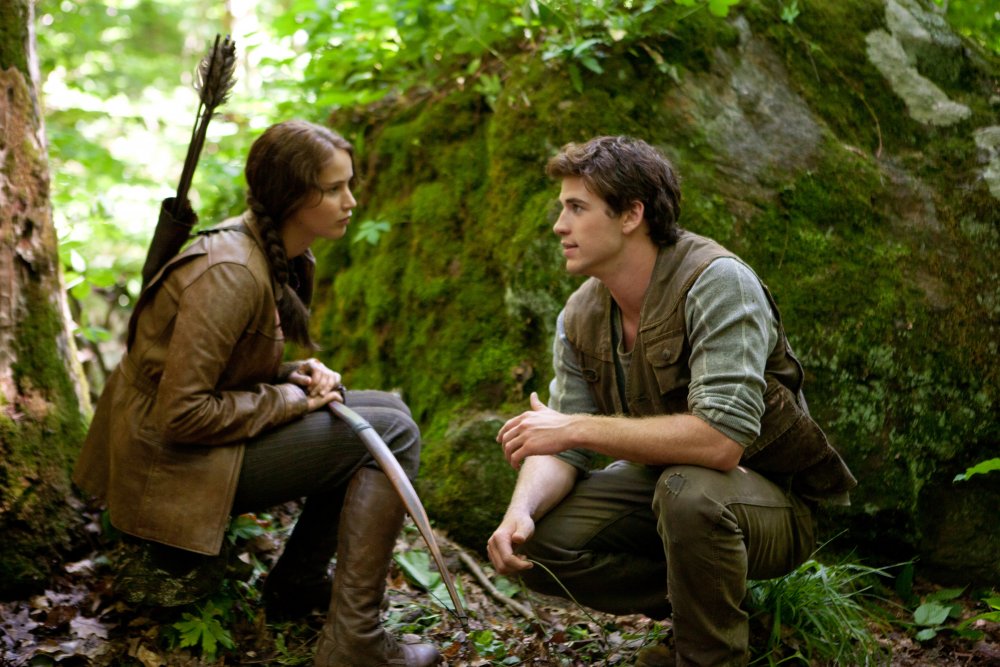 Panem et circenses – bread and circuses – is how the satirist Juvenal described the empty distractions doled out by Rome’s political elite to appease and stultify the plebs. Panem is also, significantly, the name of the post-apocalyptic dystopia in Suzanne Collins’s bestselling 2008 ‘young adult’ novel The Hunger Games, in which a decadent Capitol keeps its proletarian subjects in check with an annual gladiatorial circus, televised live as a tool of mass entertainment/oppression, and ‘performed’ by 12 pairs of adolescent male and female ‘tributes’ chosen by lot from their respective districts. In an expansive, controlled arena, the victor is the last boy or girl left standing.

Collins got the idea for her novel (and its two sequels) from channel-surfing between reality-television programming and actual war footage, making it appropriate that her story should return to the audiovisual medium that originally inspired it and that features so prominently in it. Of course this sort of material has previously appeared in films as diverse as Punishment Park (1971), Rollerball (1975), The Running Man (1987), Battle Royale (2000) and Series 7: The Contenders (2001) – but never before has it been targeted specifically at a tween/teen demographic.

The result feels somewhat compromised: a film built around a grand spectacle of violence, brutality and death, but one that carefully avoids reproducing such spectacle for its young, impressionable viewers. Combat scenes are largely presented in a blurry handheld style that implies carnage without showing it directly (and in Britain, seven seconds of footage were subjected to “visual cuts, visual darkenings and the digital removal of sight of blood” at the request of the BBFC, to enable the granting of an all-important 12A certificate).

What remains is a triumph of restraint – but had the film been more visceral and less sanitised it might have better implicated viewers in the voyeuristic bloodlust of its entertainment, leading to (uncomfortable) identification with the Capitol’s grotesque, baying crowds. As it is, we are let off the hook, invited to tut at the screen in easy moral disapproval, and never confronted with our own ugly reflection.

Similarly disappointing are subtle changes to the characterisation of central protagonist Katniss (Jennifer Lawrence). Her first kill, expressly an act of vengeful rage in the novel, becomes a defensive reflex in the film; and where in the novel her relationship-in-the-spotlight with fellow competitor Peeta (Josh Hutcherson) is portrayed equivocally, only to be devastatingly disambiguated in the final pages, in the film the ambiguity is maintained, in service to the inevitable sequel. The effect is to transform a complicated, difficult figure into a less interesting saint.

Still, Lawrence brings an intense conviction to the role, and her previous, similar turn in Winter’s Bone (2010) helps flesh out, through cinematic shorthand, a character whom we get to know in the novel through an internal monologue thankfully absent here. Meanwhile, Katniss’s original first-person narrative and restricted perspective are wisely replaced with regular cutaways to the control room, commentary box and presidential garden – lifting the curtain on the whole macabre circus.

Related to Review: The Hunger Games