Film of the month: Into the Abyss

Into the Abyss is not just a compelling documentary about a convicted murderer on Death Row, but a further chapter in Werner Herzog’s obsessive exploration of the American way of life – and death. 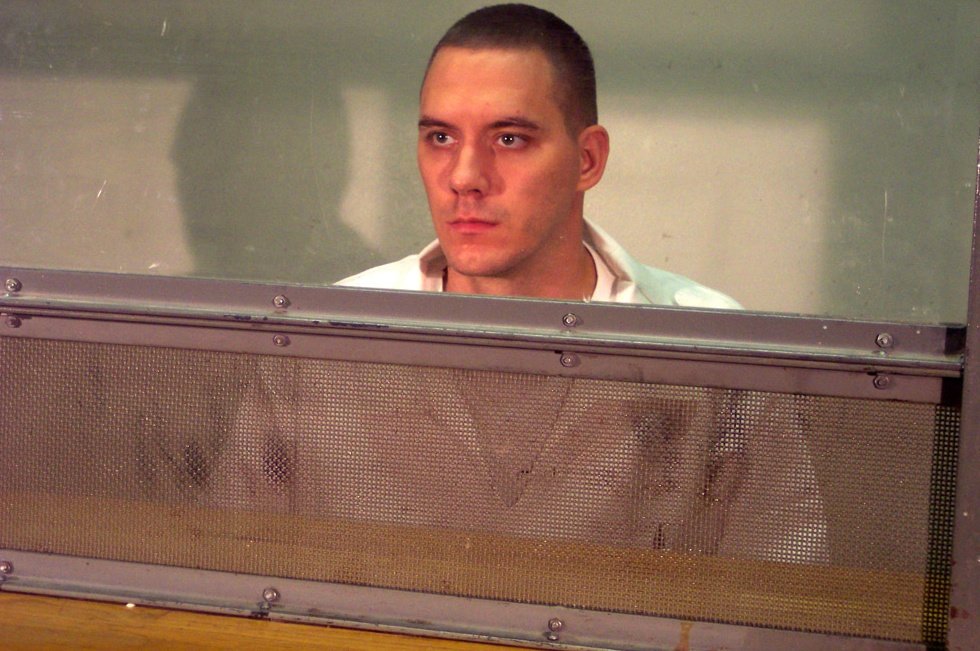 Werner Herzog makes an unlikely American. Of all the ‘New German Cinema’ directors who surged in European film culture in the 1970s, Wim Wenders seemed the one most likely to cross the pond. Wenders droned on about “the Americans colonising our subconscious”, but you could tell from his infatuation with Edward Hopper-style Americana, his yearning for Hawksian camaraderie and his vaguely misogynistic Puritanism that he was well cut out for Hollywood. So it was no surprise that it was Wenders who signed with American Zoetrope to make Hammett (1982) while Herzog went looking for close encounters with erupting volcanoes and shot films in the Sahara and up the Amazon.

Of course, Hammett turned out to be a cautionary experience for Wenders (see The State of Things for details) and he has ended up as much a Euro-film bureaucrat as a director, with Pina consolidating a late penchant for making performance documents. Herzog has meanwhile become one of the most prolific filmmakers of his generation, using a base in Los Angeles to produce a steady stream of oddball features (The Bad Lieutenant: Port of Call New Orleans, Rescue Dawn) and idiosyncratic documentaries, the latter generally financed by US cable channels. The new documentary Into the Abyss has the same place in his filmography that Paris, Texas has in Wenders’s.

Paris, Texas, dominated by Ry Cooder’s dolorous slide-guitar solos, was all about reuniting the emotionally damaged members of a broken family. Into the Abyss, strongly coloured by Mark Degli Antoni’s score featuring plangent guitar picking from David Byrne and Sebastian Steinberg, is formally dedicated to the families of victims of violent crime; it deals with the decade-long fallout from three killings in 2001. Both films see small-town Texas as a nexus of white-trash social problems: alcoholism, drug addiction, tawdry bars, illiteracy and inarticulacy, mental and physical prisons. In short, trailer-park lives.

Less inclined than Herzog to Germanic romanticism, Wenders (and his scriptwriter Sam Shepard) never get into metaphors of “the abyss” – but they are no less fixated than Herzog on the nihilism and incipient madness bred by empty lives, not to mention the DNA spirals of despair and hope in dead-end towns. In the face-off between fiction and documentary, though, Herzog wins. His real-life interviewees ultimately say more than the characters created by Shepard and Wenders, and the glimpses we’re given of their lives are a whole lot more poignant.

Into the Abyss is not an investigative documentary in the usual sense. Structured in a prologue and six chapters (each section features two or more interviewees), it uses a police account to set out the facts of the case.

In Conroe, Texas, in 2001, two doper teenagers, Michael Perry and Jason Burkett, shot dead middle-class housewife Sandra Stotler while she was baking cookies at home. Their motive was to steal her car, but they found themselves unable to drive out of the gated community where she lived. So they called up Stotler’s adopted son, their acquaintance Adam Stotler, who arrived with his friend Jeremy Richardson. These two boys were subsequently murdered for the electronic device which opened the community’s gates, enabling Perry and Burkett to complete their theft of the car; Perry also stole Adam Stotler’s driving licence and pretended to be him when first challenged by the police for show-off driving in the car, which he claimed to have bought with a lottery win.

Perry and Burkett were arrested in a shootout less than three days after the murders. Perry confessed on the spot and gave evidence which led police to the corpses of the two boys; he was sentenced to death. Burkett was also convicted, but given a life sentence after the jury heard testimony from his father, also a long-term jailbird, about the boy’s sickly and deprived childhood. Facing execution eight days after speaking with Herzog, Perry (who calls himself “a Christian”) now denies having murdered anyone. Burkett also denies murder; since being jailed he has married a woman who helped with his appeal, and she is now expecting his child by artificial insemination.

This account leaves dozens of questions about the case unanswered, but there’s no dispute about the outcome of the trial – and Herzog anyway isn’t conducting an Errol Morris-style inquiry. What interests him, as his title suggests, is defining “the abyss”. He has two things on his mind.

One is the death penalty itself: he’s against it, and he finds an eloquent ally in the person of Fred Allen, former chief of the Death House at Huntsville Prison, who quit his job suffering something like post-traumatic stress after supervising 125 executions. (All those statistics about Texas executing more prisoners than any other state and George W. Bush never commuting a death sentence during his years as governor go unmentioned in the film, but Herzog didn’t pick murders in Texas by accident.) Peter Zeitlinger’s camera prowls through the execution chamber, examining with appalled fascination the straps used to bind the prisoner to the gurney, but Herzog wisely omits any anti-capital-punishment tub-thumping: a Shoah-like documentation of the bureaucracy of executions is enough.

The other “abyss” Herzog is venturing into is the raging emptiness that leads screwed-up teenagers from broken homes to commit senseless crimes, and that equally leaves bereaved relatives contemplating suicide. He interviews two of those left behind, Sandra Stotler’s daughter and Jeremy Richardson’s brother, and asks both of them to hold up portraits of the deceased as their memories choke them up. He also interviews two innocent bystanders about their encounters with the killers; one (an ultra-macho guy) was physically attacked, the other (a seen-it-all woman) was intimidated and scared.

But the catalogue of pain, abuse and social squalor comes into sharpest focus in the three prison interviews Herzog conducts through bullet-proof glass, two with the killers themselves (one shortly before his death) and the third with Jason Burkett’s father Delbert, a former junkie/alcoholic who will spend the rest of his life in jail, and who is now piously remorseful about his failure as a parent.

A week before his execution by lethal injection, the toothy, boyish Michael Perry faces his fate with a brash equanimity, looking forward to an afterlife reunion with his late mother. He’s in full denial of his crimes and speaks more about his memories of a boyhood trip to the Everglades (gators, monkeys) than about the murders. His big mistake, he says, was in ever trusting the slightly older Jason Burkett to take care of him.

The markedly less excitable Burkett himself, interviewed separately, also denies murder and indicates the five places he was shot during his arrest; he speaks warmly – and surprisingly articulately – about his father, and about the ‘Death Row groupie’ who has married him in jail. Herzog notes in the presskit that Burkett is apparently an Aryan Supremacist (“though he denies it”) and he certainly looks the part, but the most effective challenge to his wounded-innocent front is the testimony from one Jared Talbert that Burkett once held a loaded gun to his head for 45 minutes in a dispute over a girl.

Some of the film’s virtues are negative ones. Herzog doesn’t appear on screen and spares us his usual voiceover speculations about the protagonists’ dreams. (His notes assure us that he wore a formal suit throughout, complementing the politesse of his questions.) The refusal to engage in arguments and recriminations is also admirable, as is the understatement of the film’s polemic thrust. The nearest it comes to rhetorical excess is the rather florid chapter titles. For once, Herzog the batty ethnographer is nowhere in evidence; this film is wholly the product of Herzog the romantic pessimist. He stares into the “abyss” and it stares back with tears and remarkable tenderness: the film ends with extraneous but oddly touching talk of hummingbirds.

Werner Herzog discusses his motivation behind Into the Abyss on page 53 of the April issue of Sight & Sound.