Fighting with My Family review: an irresistible wrestling family comedy

In Stephen Merchant’s big-hearted adaptation of a hit Channel 4 documentary, Florence Pugh plays the Norwich girl who became WWF star Paige, with grappling advice from The Rock himself, Dwayne Johnson.

from our forthcoming May 2019 issue 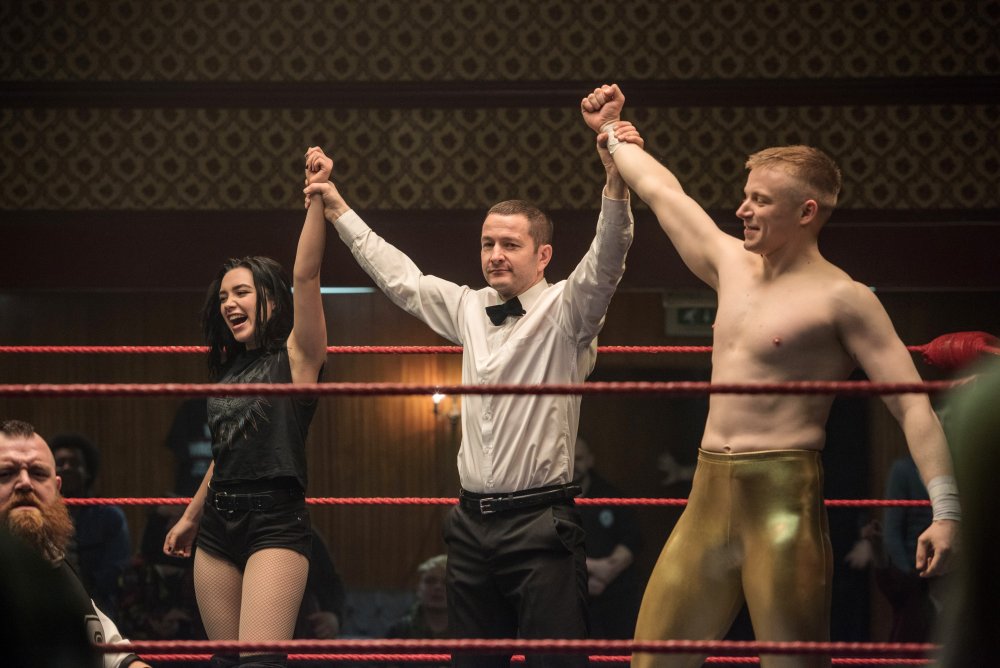 Sibling rivalry, fish-out-of-water comedy, an underdog story and the American Dream all collide in the true story that became an irresistible TV documentary – now an equally enjoyable feature film. Born to wrestler parents, Norwich natives Raya (Florence Pugh) and brother Zak (Jack Lowden) have a touching bond, performing together in staged fights around the UK while gleeful dad Ricky (Nick Frost) counts the cash and mother Saraya (Lena Headey) jumps into the ring at regular intervals. Cheered in the ring but sneered at in the street, pierced, raven-haired Raya is part of “that weird family”, and the last person you’d expect to see in sunny Florida. And yet the WWE comes calling, offering her the chance to fight in the US and creating a distance between the siblings that’s both literal and metaphorical.

It’s here that writer-director Stephen Merchant (Cemetery Junction) makes the questionable decision to flit back and forth across the Atlantic to fill us in on both siblings’ lives. Raya, now known as Paige, is close to her dream but struggling to fit in with the bikini babes, while Zak is stuck at home with a baby and a resentment that looks set to develop into full-blown mental-health issues. Both stories are intriguing but neither is fully developed, despite several superfluous scenes reiterating the same points and others striving for gags that don’t land.

But then there are the performances. Pugh is terrific, imbuing Paige with a persuasive mix of feistiness and fear, her Stateside experiences an effective reminder of the pangs of youthful homesickness. Both she and Lowden have learned enough moves and Norwich vowels to convince, and Frost is immensely enjoyable as the brash ex-con dad who thinks nothing of slamming a bowling ball into the crotch of a (consenting) wrestler on his books. 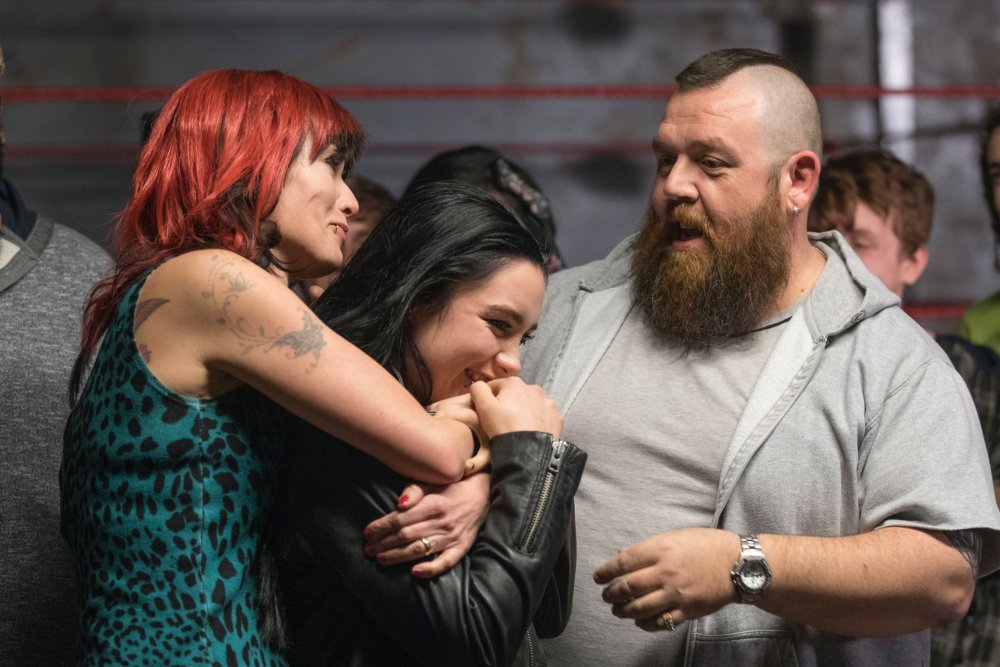 Lena Headey as Saraya, Pugh as Paige and Nick Frost as Ricky Knight

Headey brings sensitivity and humour to mother Saraya, who – much like her real-life counterpart – seems much more intuitive than her well-meaning husband. A standout comic scene sees the pair explaining wrestling to Zak’s girlfriend’s respectable parents (a cameoing Merchant and Julia Davis).

The most notable cameo is from executive producer Dwayne Johnson, who plays himself in his days as WWE superstar ‘The Rock’ and has just enough screen time to justify his place on the poster. The culture clash between him and the agreeably foul-mouthed Brits is an easy laugh but an effective one: imagine TV’s Shameless transplanted into a typical Johnson movie.

But Fighting with My Family’s trump card is an emotional one, and it’s well played. From pre-ring pep talks to scenes of the family cheering on the TV, the chief joys are familiar to fans of sports films, and no less compelling for it. The big difference is that this sports movie centres around a girl and her relationship with her family and with other women – there’s not a love interest in sight. Paige ultimately learns the benefits of working with, not against, her female competitors: truly a message for the Time’s Up era.

Related to Fighting with My Family review: an irresistible wrestling family comedy