El mar la mar review: a shape-shifting portrait of the US desert border, cloaked in dread

J.P. Sniadecki and Joshua Bonnetta’s avant-garde anthropological film plays out like a horror movie as it offers an unsettling portrait of the American southwest and people caught in purgatory. It’s one of the best yet from Harvard’s celebrated Sensory Ethnography Laboratory. 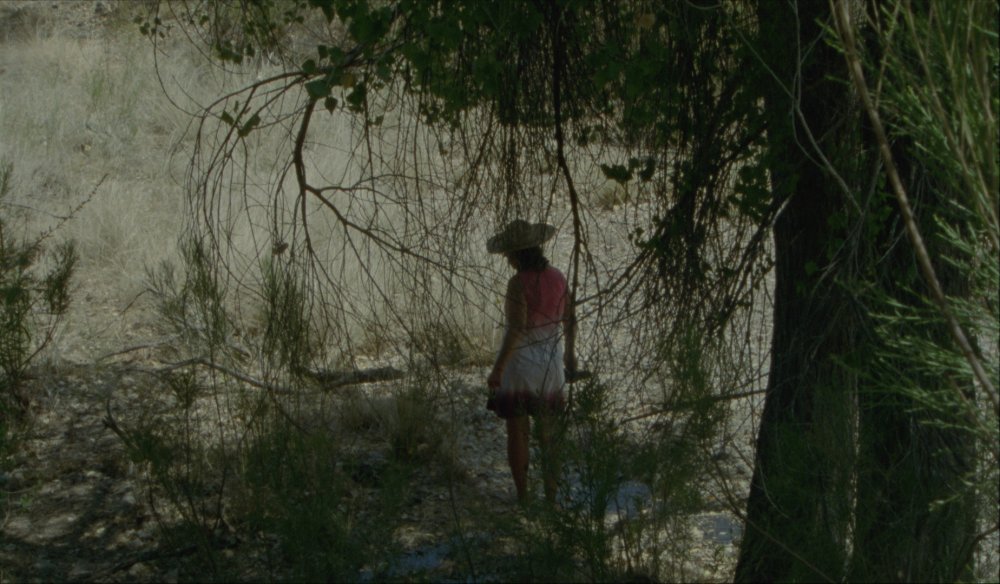 Following a couple years of short-form and extra-cinematic projects, Harvard University’s Sensory Ethnography Lab is making its presence felt in the early part of 2017, with two new features by members past and present in the Berlin International Film Festival’s experimental-minded Forum programme.

somniloquies, by SEL figureheads and Leviathan (2012) co-directors Verena Paravel and Lucien Castaing-Taylor, is an impressionistic audio-visual rendering of a series of voice recordings by an obscure songwriter whose highly unusual and elaborate bouts of sleep talking lent him a bit of sideshow fame in the 1960s. A curiosity in the most literal sense, the film is notable primarily for its intense fixation on its subjects’ unconscious, as well as its allegiance to the aural nuances of his catatonic ramblings.

This investment in verbal and auditory specificity also defines the even better El mar la mar, by the duo of SEL alumnus J.P. Sniadecki and newcomer Joshua Bonnetta. It’s one of the strongest films yet to emerge from the group, and, perhaps more interestingly, an inadvertent and unsettlingly topical portrait of the American southwest.

Shot over a period of years in the Sonoran Desert, El mar la mar (named for a poem by Spain’s Rafael Alberti), in a manner after the SEL’s founding principles, combines anthropological filmmaking interests with multiple modes associated with the cinematic avant-garde, including observational portraiture, landscape photography and oral histories of both personal and political import. Implications of the latter materialise in the film’s very first image, captured from the window of a moving vehicle (one might recall similar shots from the speeding trains in Sniadecki’s prior film, The Iron Ministry, 2014), in which a wooded tableau is bisected at rhythmic intervals by vertical lines soon discernible as fence posts. The spatial geography of Bonnetta’s and Sniadecki’s project, as well as its thematic scope, is thus immediately established, an us/them dialectic that the filmmakers proceed to investigate from each side of the dividing line.

Following this brief opening, entitled Rio, the film’s longest and most substantial section, Costas, goes on to document the scorched-earth Sonoran plains, their ghostly vistas and unforgiving breadth. Long stretches of the film play out in voiceover, against a black screen, as people speak of their experiences in this no-man’s-land in tones ranging from the mythic to the matter-of-fact. One woman recounts a chance meeting with an ailing immigrant lost in the night; a man with a heavy accent tells the tale of a 15-foot tall monster said to haunt the region; while a border patrolman, unseen but recognisable in tenor, conflates man and beast with stoic indifference. Much of the film transpires under cover of darkness, with only headlights on the horizon, or the moonlight over distant mountains, creating stunning chiaroscuro compositions as barely discernible figures move across the far reaches of the frame. With its unsettlingly serene tone and aura of enveloping dread, El mar la mar plays more like a horror film than an exercise in journalistic nonfiction. 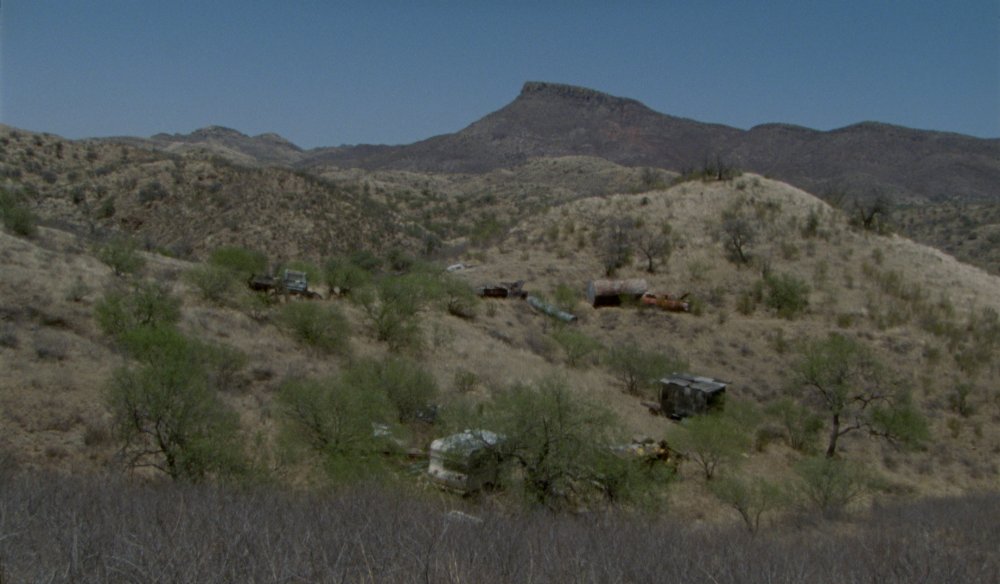 Interspersed on occasion with brief, daytime montages of discarded objects (glasses, jackets, ID cards, presumably those of the border jumpers), the film’s middle section speaks most readily to Bonnetta’s and Sniadecki’s influences. James Benning looms large here, particularly his California Trilogy (a shot late in the film of a train crossing the static frame likewise can’t help but bring to mind RR, 2008), as does the work of Britain’s Ben Rivers, both in the film’s interest in unknowable figures and its tactile aesthetic presentation; shot on degraded, grainy 16mm celluloid, the film frequently feels on the edge of collapse. It’s unsurprising, then, that the film’s final movement, in which an extended black-and-white shot of a gathering storm on the horizon is accompanied by the recitation of a poem by Sor Juana Inés de la Cruz, is incrementally swallowed by grain and darkness.

Though the film speaks in a familiar language, through a specific strain of the American and European avant-garde, the directors’ own voices leave the most lasting impression. The Canadian-born, New York-based Bonnetta, whose work drifts between the cinema and the gallery (his new multiscreen installation, Lago, which premiered concurrently in the festival’s Forum Expanded section, shares many notable tonal and topographic affinities with El mar la mar), works additionally in the field of sound design. His acute ear and feel for idiosyncratic sonic minutiae is on startling display throughout the film. Emerging from a bedrock of subliminally droning ambience, the many voices arise with methodical precision and clarity only to fold calmly back into the surrounding atmosphere; meanwhile, the squawk of birds, rushing torrents of wind, and various other nocturnal noises sit prominently in the mix, bringing the sensory elements of the desert into relief against the seemingly uninhabited landscape.

Sniadecki has spent much of his career working with co-directors, but it’s Bonetta’s multi-hyphenate skill set that has found a most productive outlet in the form of his collaborator’s shapeshifting stylistic ethos. Amongst other things, then, El mar la mar should represent a belated show of recognition for Bonnetta’s work. As for Sniadecki, well, he just continues to raise the bar.

Related to El mar la mar review: a shape-shifting portrait of the US desert border, cloaked in dread