Inside Out – first look

Pete Docter gets to the head of the matter as Pixar reascend to top form. 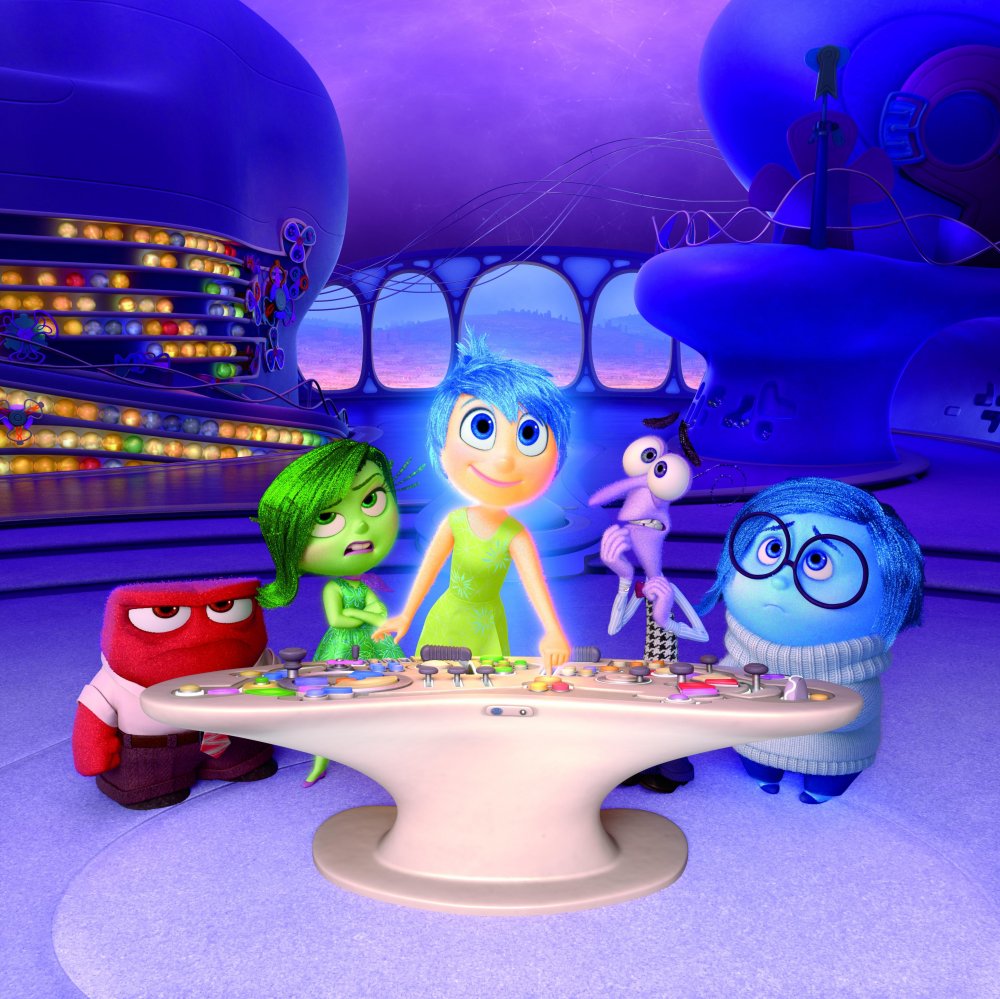 Here at the High Temple of the Seventh Art, it could be considered a cause for concern that the most enjoyable films on show have been as mainstream as they come. True, there have been one or two extraordinary films – like Laszlo Nemes’s Holocaust drama Son of Saul, which certainly could not (or should not) be described as ‘enjoyable’. And then there’s Miguel Gomes’s three-part 1001 Nights (into which I’m now some 667 nights), which is a work of radically strange invention, but not consistently a source of joy.

So for unalloyed pleasure, it’s down to Mad Max: Fury Road, which reinvents action spectacle with deranged brio – and to a film that brought joy, colour and wit to a festival which has been gasping for it. I’m talking about Inside Out, the latest Pixar film, and the digital studio’s return to form after several very lacklustre years. Directed by Pete Docter (Monsters, Inc., Up), it is, I’d say, Pixar’s best since WALL•E, and one of the studio’s most interesting experiments both in terms of form and in terms of how to make animations that appeal to adults as well to children of various ages. The answer is a witty, riotously hued film that takes childhood as its subject (just as Monsters, Inc. and the Toy Story films did, indirectly) and builds the child’s imagination itself into its narrative and its execution.

The subject, quite simply, is the pre-pubescent psyche – and that’s also the setting of the film. It all takes place inside the head of an 11-year-old girl called Riley, who’s just experienced a traumatic move with her parents from Minnesota (and her beloved ice hockey) to San Francisco. The film takes us inside her psyche, which is operated by five personifications of the emotions – Sadness, Fear, Anger, Disgust and Joy, the latter voiced by Amy Poehler. It’s essentially a cross between a mediaeval passion play and the Numskulls comic strip from the Beano, as annotated by child development theorist Jean Piaget. The plot involves the emotions’ attempt to pilot Riley through this tough phase of her life, with micro-managing Joy trying to keep her always upbeat, and to stop Sadness (depicted as a depressive blue schlub in a turtleneck) from turning the child’s Core Memories from gold to blue.

The film’s model of the psyche as a three-dimensional place – a sort of futuristic adventure playground – is sustained through the elaboration of a bizarre geography including Islands of Honesty, Family, Hockey and Goofiness, all of which are threatened as Riley succumbs to desperate homesickness. What’s dazzling about Inside Out is the way that it can take the corniest metaphors – like a literal Train of Thought – and recharge them to often dazzling comic effect, using a visual style that harks back to 1950s American animation (the film knowingly invokes the manner of a public information cartoon of the period). It’s sometimes the obvious jokes that work best – like the representation of dreams as productions of a movie studio, where oneiric figures loiter like stars on a sound stage (passing a candy-coloured unicorn, Joy stops to say, “I loved you in Fairy Dream Adventure Part 7”). 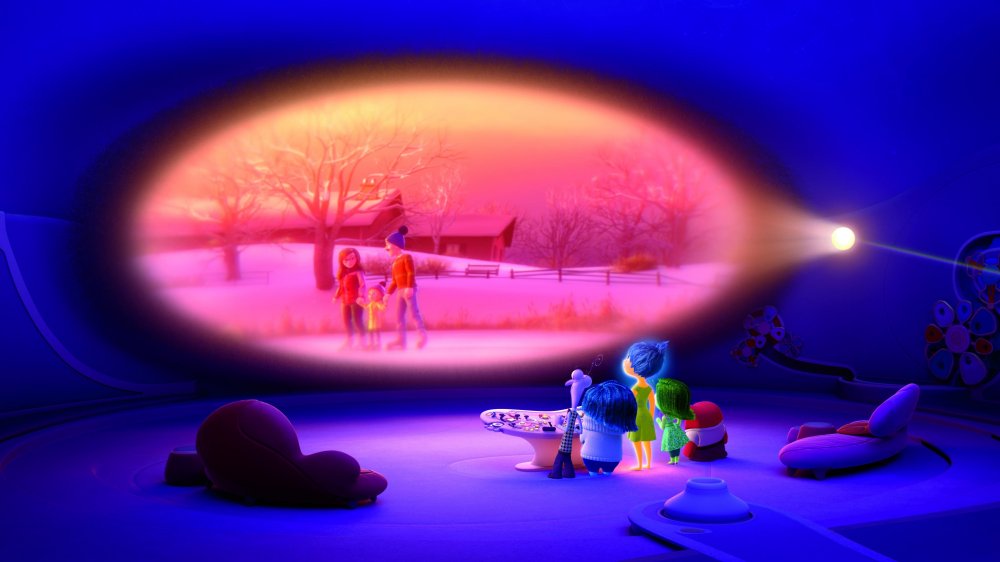 And that’s one of the pleasures of the film – the way that the interplay of Joy, Sadness and their co-workers essentially offers a metaphor for the effect that movies, and Pixar movies in particular, work on us. It’s a strange phenomenon of recent cinema that even the hardest-hearted critics will admit to being moved to tears, of pleasure or pathos, by this studio’s finest output – and Inside Out shows you how it works. Just as Riley is literally operated by her passions, so the movie expertly manipulates our every sob and chuckle, and shows us that manipulation in action, as the Emotions pull their various tricks.

What’s also astute is the way that the film builds in an appeal to the youngest audiences in terms of cute characters, a brilliantly vivid palette (each character has its own candy-hue visual signature) and nursery-age oddities – like a forgotten ‘imaginary friend’ named Bing-Bong, a talking elephant thing made of candy floss, complete with idiotic theme and song, and bemused by its own identity. But all that’s infantile here is also revealed as a primitive hangover from Riley’s young years, soon to be replaced by a new geography of the teenage psyche – for example, a newly-formed Romantic Vampire Island.

There’s a lot that’s new in the visual styling, each emotion getting its own highly textured finish: Anger is like a red radioactive sponge, each character seems constantly about to dissolve at the edges into its constituent pixels, and there’s more paradoxical play with CGI-created solidity and the intangibility of light than the studio has previously achieved. There’s also a sequence that teasingly dismantles the very structure of CGI character creation, ‘deconstructing’ the characters down to their constituent parts – “Oh no! We’re no longer figurative!” All this and a superb joke about cats and their psyches in the end credits. Inside Out may or may not wash with neuroscientists, but it’s a dazzling exploration in abstraction, education and lushly textured entertainment. I just wonder whether we’ll get a teenage sequel in which Guilt, Angst, Libido and all those guys get their due screen time.

Related to Inside Out – first look