Not a shot wasted: the best short films at Cannes 2019

Vasilis Kekatos’s The Distance Between Us and the Sky won the top prize, but there were many more micro-miracles in competition at this year’s festival. 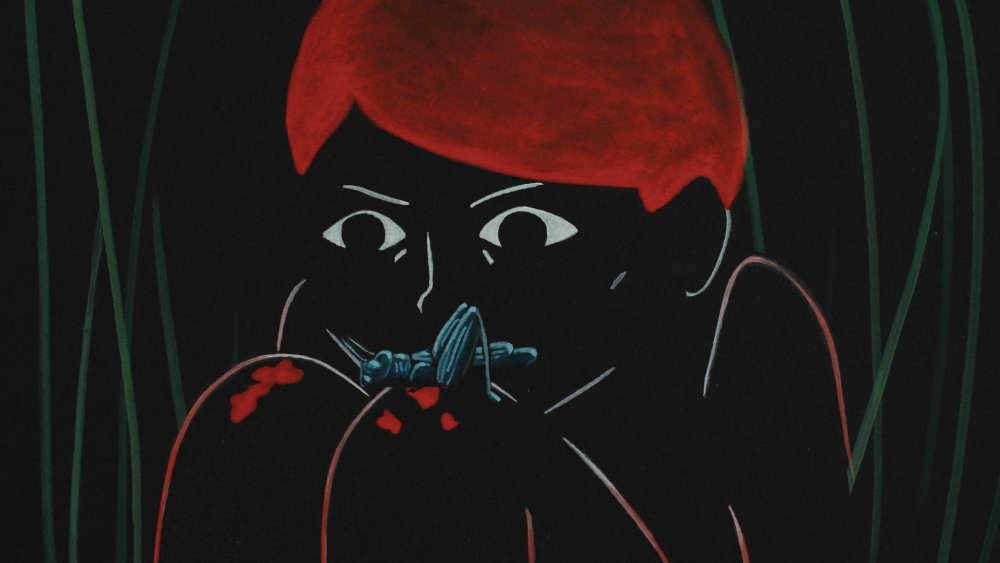 Agnès Patron’s stripped-down, expressionistic And Then the Bear was the only animated film among Cannes’s Official Competition shorts

At the official Cannes award ceremony, before the feature prizes are handed out, there is another Palme d’Or announced: for the best short film. The 2019 recipient was The Distance Between Us and the Sky, directed by Vasilis Kekatos. While the courtyard of a petrol station may not seem the most romantic location, Kekatos, along with his sparkling central duo, played by Nikolakis Zeginoglou and Ioko Ioannis Kotidis, inject the cold light and concrete with the energy and warmth of new romantic possibility. As well as the Palme d’Or, The Distance Between Us and the Sky also won the Queer Palme. It’s a diesel-smelling dream that’s worthy of both accolades.

The Distance Between Us and the Sky trailer

Agnès Patron’s And Then The Bear was the only animated film among the Official Competition shorts. Sprouting from an endless black background, fine-brushed lines of green grass are punctuated by a scarlet rooftop; beside it, two red shapes circling each other like dots on a radar screen. There’s tension in the air that breezes through the whispers of grass (heightened by the stellar music of Pierre Oberkampf and sound from Mathias Chaumet) as they anticipate a new arrival; a cowboy who looks like someone outlined the Marlboro Man on a chalkboard and started animating his smoking silhouette. The harmony of the farmhouse is broken and the initially calm animation follows suit, descending into a frenzy of firework colours, revolutionary bear-riding children and asteroid-like houses flying through voids. The plot may sound chaotic, but the film itself is not. It’s stripped-down, but never feels empty. Patron knows the value of negative space, using it to tell an expressionistic, violent coming-of-age tale.

And Then The Bear trailer

Another animation proved to be a highlight in the Quinzaine: Movements by Dahee Jeong creatively and comically explores the relationships of movement and time between people, dogs, trees and the planet. In a collection of chaptered scenes, each showing these Hockney-esque participants in a mundane activity (walking, watching TV, painting a fence), Jeong lightheartedly ponders our relationships to nature and our own existence within the immensity of time.

As well as judging the Official Competition shorts, legendary French director Claire Denis, along with her jury, presided over the Cinéfondation, the Festival’s student film selection. Denis’ work often focuses on the body and its movement, with dance pivotal to a number of her works. In a way then, it’s not too much of a surprise that the top prize went to Mano a Mano (Louise Courvoisier), which follows two dancers as they rehearse and perform a precarious routine. The film treats bodies as both sculptors and sculptures, finding the beauty in the body’s form and lingering on it, but giving equal time to the pain and craft behind the art.

Taking the second prize was Hiéu, directed by Richard Van, which follows an Los Angeles-based man who, on the eve of returning to Vietnam, visits his estranged family home. Following in the footsteps of Leigh and Cassavetes, Van builds on an authentic, semi-improvised script, to share characters that feel extremely well-weathered.

The third prize was shared between two films. Ambience, directed by Wisam Al Jafari, os a Palestinian film following two musicians who keep getting interrupted by the sounds of a nearby refugee camp. Barbara Rupik’s Polish animation The Little Soul is quite a grisly, enthralling film, which feels like watching a creature made of melting raspberry-ripple ice-cream, wade through a side-scrolling video game wasteland designed by Hieronymus Bosch.

The Quinzaine’s Illy Prize winner was Pham Thien An’s one-take wonder Stay Awake, Be Ready, which presents a bustling street scene and gradually draws back from it. Different characters take the lead each time the camera peels away, before revealing the complete curb-side vista in a gruesome finale. In a world where digital has allowed the single take to become something of a fetishised commodity, it’s refreshing to see a filmmaker not throwing away their shot.

Another film working with the long-take format was That Which Is to Come Is Just a Promise (from collective Flatform), an experimental 30 minutes that cuts between a number of seemingly endless shots, winding through the streets and natural landscape of Funafuti (in the Tuvalu archipelago). The different takes contrast the dramatic difference between high and low tide and how the change in sea levels has affected the simplest tasks. The film ends on a beach-side musical performance, where the hypnotising local music is a call to arms or an epitaph. We’re left to decide which we’ll let it be.

The Semaine provided a number of micro-miracles, including the carefully observed, jumbled teenage odyssey Lucia En El Limbo from Valentina Maurel and the table-turning (very) naked deconstruction of white male saviours The Manila Lover directed by Johanna Pyykkö. The best of the bunch was She Runs by Qiu Yang, which deservedly won the sidebar’s Leitz Cine Short Film Discovery Award. Shot in a cropped ratio, the film locks in its protagonist – a young girl, Yu, being forced into gymnastics – from the very start. Kept at centre frame, the dissenting voicesof her father and teacher pull at her from off screen, stretching her psychically and mentally. It’s exquisitely composed, constantly pressuring Yu with its slow zoom, that is until one moment, where for seconds only it becomes infected with the bone-shakingspirit of Jason Bourne. It’s thrilling, not just for that moment, but to see a director appear in control of a vision and then to see them break free.

As ever, the selection and winners across all strands of the festival are a reminder that it’s not just the features that provide the best films at Cannes.