Asterix: the Secret of the Magic Potion review: this reboot retains the Gaulish charm

The quirky heroes of the René Goscinny and Alberto Uderzo comics return to the screen in an adventure that soars when it’s at its most appealingly odd.

from our forthcoming October 2019 issue 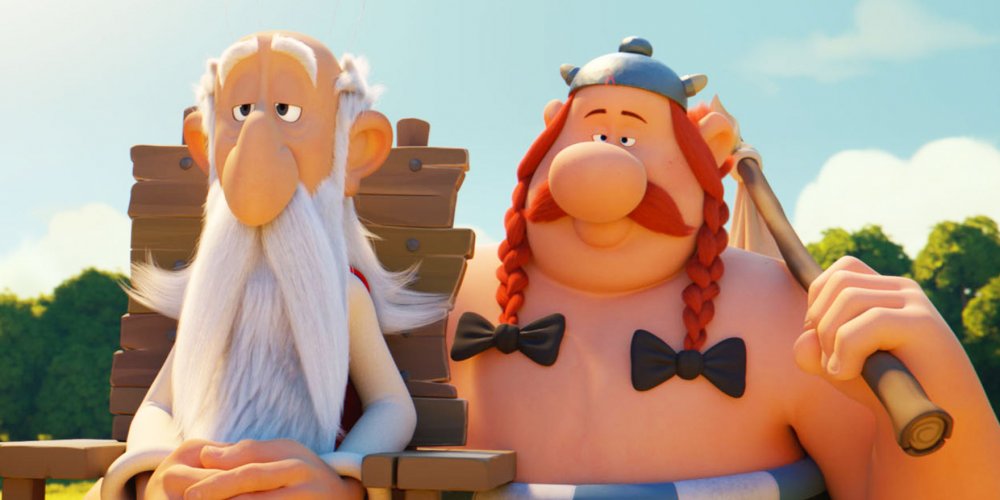 Inspired by Disney’s theme parks, Parc Astérix opened outside Paris in 1989 and has been pulling in visitors ever since. And just as Disney’s monopolistic uber-studio has been cannily restructuring and consolidating its blockbuster properties, from Marvel through Pixar, there’s a sense that Asterix movies might finally be following suit here too. The release of this second 3D CG-animated outing for France’s favourite comic-book hero, following 2014’s The Mansions of the Gods, suggests, if not yet a Gaulish Cinematic Universe, then a continuation of the promising reboot for his 60th anniversary.

Where the intermittent 1999-2012 live-action versions with revolving casts (Gérard Depardieu’s Obelix the only actor to feature in all four films, opposite three different Asterixes) and the lacklustre hand-drawn Asterix and the Vikings (2006) felt uncoordinated, Alexandre Astier and Louis Clichy’s smart blend of retro-cartoon look and cutting-edge techniques seems a more natural, streamlined counterpart to modern family-friendly franchise animation.

In terms of gross, Mansions of the Gods was a top-ten domestic release in 2014, and Astier and Pixar-trained Clichy evidently feel confident enough to take greater risks this time. The Secret of the Magic Potion is only the second Asterix feature, of the 14 to date, to use a story not derived from René Goscinny and Alberto Uderzo’s beloved comics.

It’s credit then to their screenplay (sanctioned by Uderzo and by Goscinny’s widow) that it feels largely of a piece with the Asterix oeuvre. When the druid Getafix resolves to find a successor to whom he can teach the secret recipe for the magic potion that allows his Brittany village to hold out against Caesar’s invaders, it ushers in a trademark Asterix and Obelix road trip. And if the action is largely confined to Gaul, rather than providing opportunities to poke fun at the national stereotypes of neighbouring countries in the manner of the comic books, there’s still much amusement to be had at the expense of the hopelessly deluded provincial French and hapless Roman army.

More interesting is the film’s nemesis, rogue druid Demonix. Given animation’s lengthy production process, it’s likely his storyline was developed long before Marvel’s 2018 superhero smash Black Panther hit the screens. Yet it’s uncanny how Demonix’s accusation – that keeping the magic potion for one small group betrays the greater community, which might also throw off its oppressors given access to the secret recipe – echoes that of Erik Killmonger’s rage at Wakanda’s hoarding of its advanced technology.

However, Demonix’s solid logic is swiftly overshadowed by his nefarious treachery, which echoes that of many a classic Disney villain, even down to his giant shapeshifting in the climactic scene. It’s here – as well as in the opening sequence’s precision-tooled slapstick and the finale’s surreal antics with potion-powered flying chickens – that this Asterix soars. In fact, there’s a strange correlation in that, like the characters, the film is at its most potent when infused with magic elixir; without it, it can drag. Thankfully, there are enough inventive visuals to compensate, and much wordplay with droll character names, including Beatnix, “master potion mixer” Vodkatonix and, in an oddly random dig at a Hollywood A-lister, sneaky Roman underling Callous Fraudulous Tomcrus.