“Let the footage speak for itself”: Todd Douglas Miller on Apollo 11

Director Todd Douglas Miller and archivist Stephen Slater reflect on their voyage through the archives, and talk to Jake Cunningham about how this momentous event can still inspire us 50 years on.

Ever since George Méliès shot the moon in the eye with a rocket, cinema and space travel have been held in each other’s gravity. An artistic tool that could capture movement like nothing had before, meeting a piece of machinery that moved unlike anything else; both transforming the 20th century with their transmissions of brave new worlds.

After Neil Armstrong muddied his boots on the lunar surface, US news host Walter Cronkite, watching on a screen in his studio, removed his glasses, rubbed his hands and looked at those around him in awe. For a brief moment, he was just another one of the 600 million people united in watching the events of 20 July 1969 on a screen, wrapped in the power of the images. Moments later he said, “After seeing it happen, knowing that it happened, it still seems like a dream.”

Apollo 11, the new film from Todd Douglas Miller (Dinosaur 13), takes this event which remains so dreamlike, recorded in memories, grainy footage and Hollywood tropes, and grounds it in remarkable reality, before hitting stratospheric cinematic heights. Made up of previously unseen archive footage of the week of the Apollo launch, the film is as much Miller’s as it is Stephen Slater’s – the archivist who sifted through the newly available 70mm images – and their collaboration has led to a thrilling 90-minute time capsule, worthy of the moon landing’s half century birthday celebration.

“That’s how it really started: could we tell this story of Apollo 11, using only archive materials?” Miller says. Slater (having worked with Miller already on a short about Apollo 17 called The Last Steps) had given him the original proposition, inhabited by the spirit of JFK, saying they had to do it now, “Before this decade is out”. He won Miller around, but there was only one problem: none of the footage had any sound.

“He [Slater] was working on this really crazy notion of trying to synchronise mission control footage with the air-to-ground transmissions that were available to the public, and it was really tedious work – important nonetheless because it just makes the imagery come alive.” It was to be no mean feat: the Apollo audio archive from NASA alone ran for 18,000 hours. “If there was ever going to be a medal for synchronisation or archive work, Stephen Slater should get it.”

“I’ve just always been fascinated with the visual record of it, and then trying to do it better,” Slater says of his passion for space imagery. “But I’m also quite inquisitive, so I would always look at films and I always want to know what goes behind them, and I wanted to know why I wasn’t seeing certain things.” So what do you show people, to make them feel like they’re looking at one of the most watched events in history with fresh eyes?

Miller says “one thing that was very influential were all these large format films from the late 50s/early 60s, pretty avant-garde stuff that companies like Francis Thompson’s in New York were producing. A lot of times they would shoot Cinerama, three cameras, three projection systems”. Miller’s passion for large format is perfectly matched here with the subject, as it’s the scale of some of the imagery that staggers most when watching Apollo 11. One of the first images is a man walking alongside the vast vehicle that tows the Saturn rocket in to its dock, and he looks so cartoonishly small it’s like science fiction. “Forget about the rockets,” Miller says, “the things just to move the rockets around were enormous. It does feel like something out of Star Wars, and they did it all in less than a decade. It’s unbelievable”. 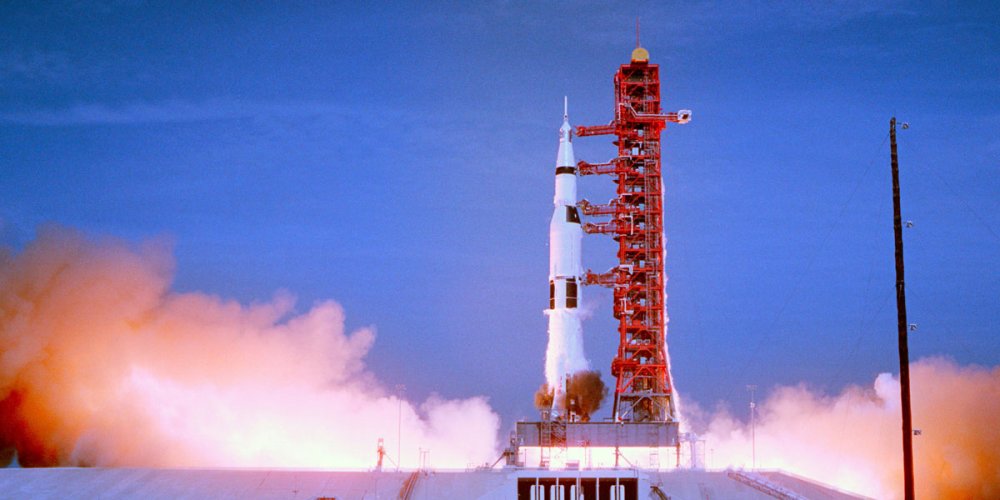 Slater shares this affection for Lucas’s age old galaxy, saying of another futuristic moment, “I always think of that as a Star Wars-type shot. You just can’t believe viscerally that this was shot in 1969, because of the quality of the cinematographers and the scanning that the guys have done.“ As well as looking to use large format to showcase the scale of the task at hand, along with a pinch of Death Star imagery, Miller’s key influences stem from some of the most successful, factual space films of the 20th century. “There are two filmmakers we dedicated the film to, one was Theo [Kamecke, director of 1970 Apollo doc Moonwalk One] and the other was Al Reinert, director of For All Mankind, and screenwriter on Apollo 13, too.”

The director says that when working with archive imagery a filmmaker’s tread must be the opposite of a lunar explorer’s, having to learn “to step away and not see the imprint”, that the best editing can be none at all, “just let the footage speak for itself. Landing on the moon. Usually in films it’s cut to holy hell, and it’s got all this sound design, and it’s over-edited. To show that as an unbroken six-minute long shot… it gets me every time”. With this purist attitude to the footage, it’s interesting to note that Miller opts to include new animations in the film, breaking the hypnotising observational reality of the crisp archive grain.

Slater says “those animations are actually inspired by Moonwalk One. There is a very similar cell style of animation. It feels contemporary. It doesn’t really feel like we created it, it feels organic somehow.”. Yet their appearance is inspired by more than just their cinematic predecessors. Miller goes on to reveal that as well as helping audiences understand complicated interstellar manoeuvres, these minimal fine white lines have their root in NASA’s folders too. “That’s what they did: if you look through the mission manuals and books, they all had that. It’s a really great way to communicate complexity: whether you were looking through the mathematical handbooks the engineers were giving the astronauts or the actual mission book itself that they took, that’s what they looked like.” 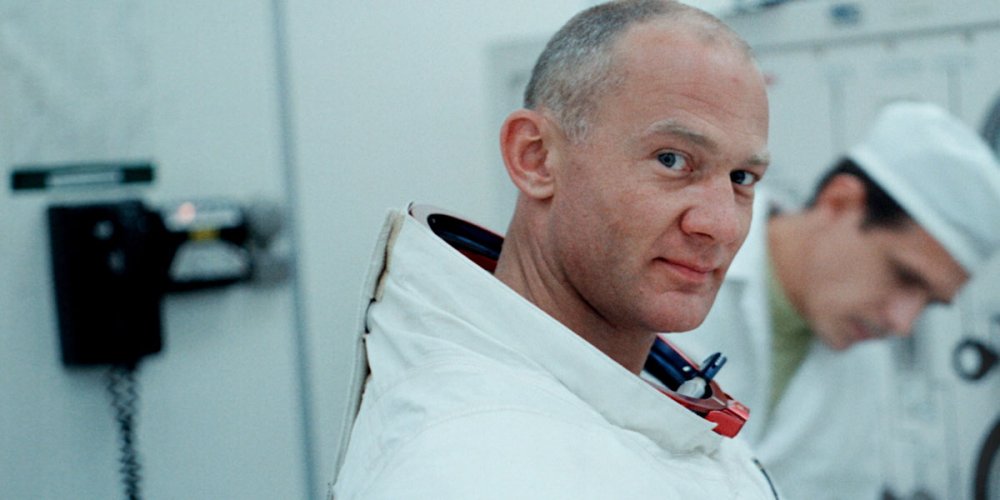 Miller and Slater’s relationship was key to creation of Apollo 11, but there’s one key member of the team whose impact on the film is incredibly important, whose work remains off screen: the Michael Collins to Miller and Slater’s Armstrong and Aldrin, if you will. That person is Matt Morton, the film’s composer, who worked alongside Miller, composing in advance and alongside the editing. This way, the rhythms of the film could be found along the way, rather than forcing the music to fit the images.

If the others could only use film from 1969, not wanting to be outdone, he wanted to only use instruments from the time too. After making this musical proposition, Miller says that Morton “went out and got this 1968 re-issued Moog synthesiser. There’s only 25 that were made and he got one of them. He didn’t know how to play it, and he would send me these hour-long Moog compositions. It was a wonderful way to work because I could get tone and structure right, and play around with the pacing and timing.” The resulting score hangs over the film with a foreboding thrum, the void of space looming outside a few inches of metal, punctuated with a synth-line pulse for the humans and electrics inside.

On the lasting legacy of Apollo and the images that the mission produced, Miller says that he thinks “it taps into the collective consciousness of who we all are as humans” that we can still be bound together in awe and pride, decades later. Once the credits have finished playing (and they’re worth staying for) and the lights have come up, it would be tough not to react just like Cronkite did; to look around at the other faces that have all been reminded, in astonishing style, what was collectively achieved that day.

And despite sifting through years of film and audio to make Apollo 11, the dizzying power of Nasa’s footage on the big screen still has its pull on the director as well. “Usually you make a film and you’re so sick of it. By the time it comes out, you’re on to the next one. But if you turn around, you’ll probably find me at the back of the cinema too.”

Related to “Let the footage speak for itself”: Todd Douglas Miller on Apollo 11