Truth versus progress: Mo Scarpelli on Anbessa, her creative portrait of a creative Ethiopian

The filmmaker’s eloquent new documentary explores the subject of urban development and Westernisation in Ethiopia through the eyes of one captivating ten-year-old boy. She explains why she found the perfect expression of her theme in a child’s games. 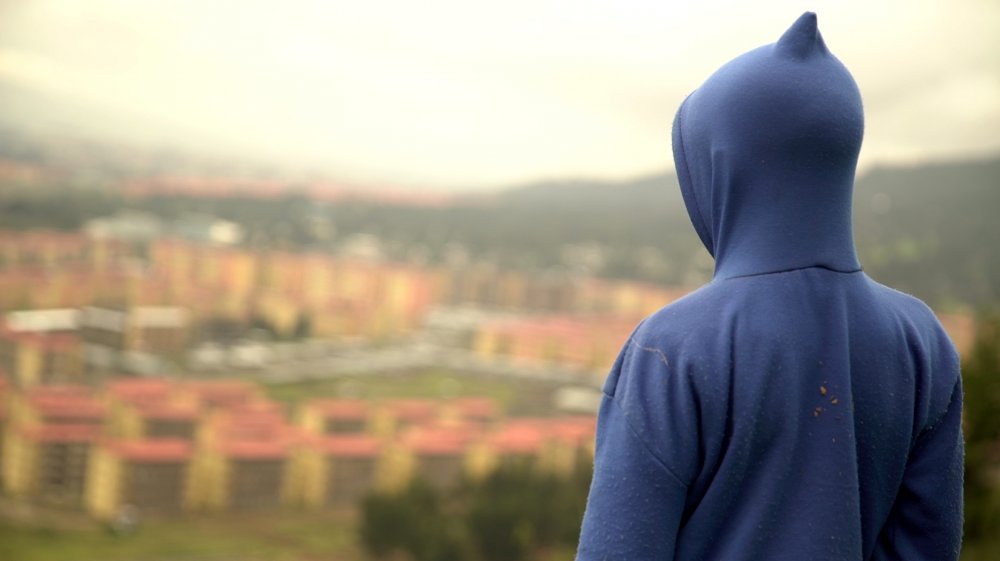 “What is lost in the rush towards progress?” asks Mo Scarpelli, the documentary filmmaker behind the 2015 SXSW hit Frame by Frame and now Anbessa, which premiered at last month’s Berlinale. “Everybody seems to be defining progress as bigger, better, moving forward, more technology,” she says. “I just wonder what gets lost in all that.”

Anbessa screens on 20 March 2019 at the Regent Street Cinema and 21 March at the Barbican in this year’s Human Rights Watch Film Festival, running 13–22 March.

Scarpelli’s poetic documentary style eloquently captures the creative flair of a young child’s imagination in Anbessa (the Amharic word for lion), a tender portrait of a coming-of-age in the midst of an expanding Ethiopia. A boy stuck in a space somewhere between home and the liminal, the traditional and the new, the rural and the urban, ten-year-old Asalif is Scarpelli’s subject. He has an impressively inventive mind, building lamps, torches and small motor-powered toys from materials he finds in the nearby scrap heaps.

These are the remnants of the recent building project that saw the construction of a condominium complex on Asalif’s home farmland, an enterprise that spurred Scarpelli’s interest in the development of a country she has come to know well over the last ten years. “Once I was flying into Addis Ababa and I saw this massive condominium complex spanning the city,” she explains. “All over the world there are these massive condominiums and this move into a modern structured lifestyle for all expanding cities. But I’d never in Ethiopia seen it be this vast, and Ethiopia historically has been very resistant to Westernisation.” 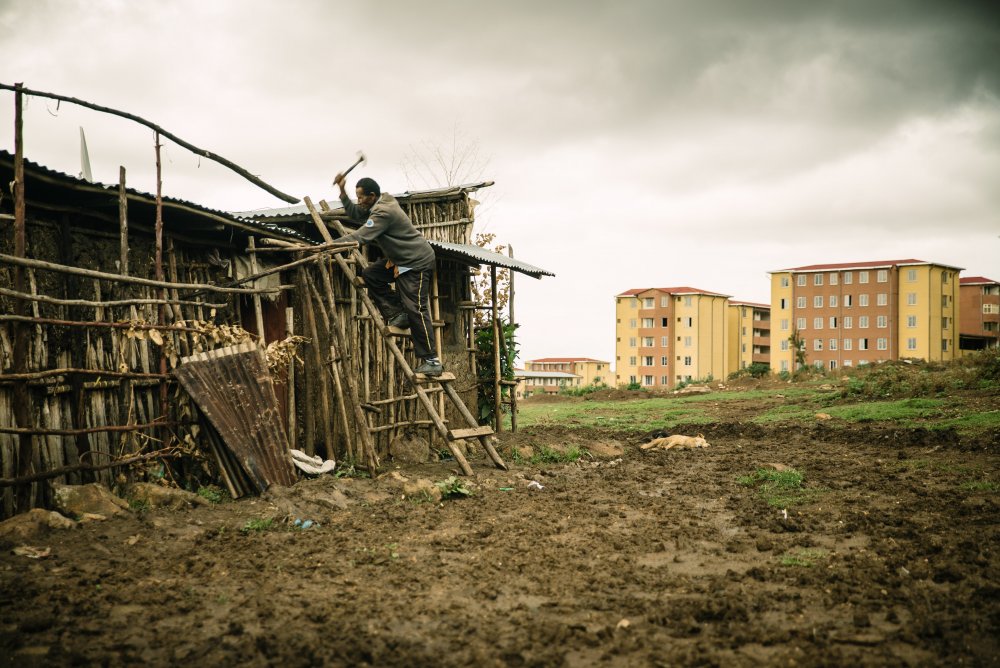 Scarpelli’s intrigue led her to visit the new condo, with the intention of meeting a variety of people to discuss how forms of progress have unfolded in Ethiopia. Instead she saw Asalif, “poking his head out and back in, just playing with us, and then roaring at us”.

Inviting him over, the director found herself absorbed in his persona. “I was just so drawn to the way his eyes lit up when he told stories and how intelligent he seemed,” she says. “I remember watching him talk and thinking I just wanna make a film about this kid, forget the whole progress thing. But he was actually displaced by the condominium, he lives in this place between old and new, so he kind of ended up being the perfect character for the type of exploration I wanted to do.”

Asalif is at once displaced from and tethered to the land he knows so well, but he is also a growing child in a constant state of progression. His intelligence and knack for invention make him an endlessly watchable character here, and set him apart from the children around him who have become accustomed to life in the condominium. 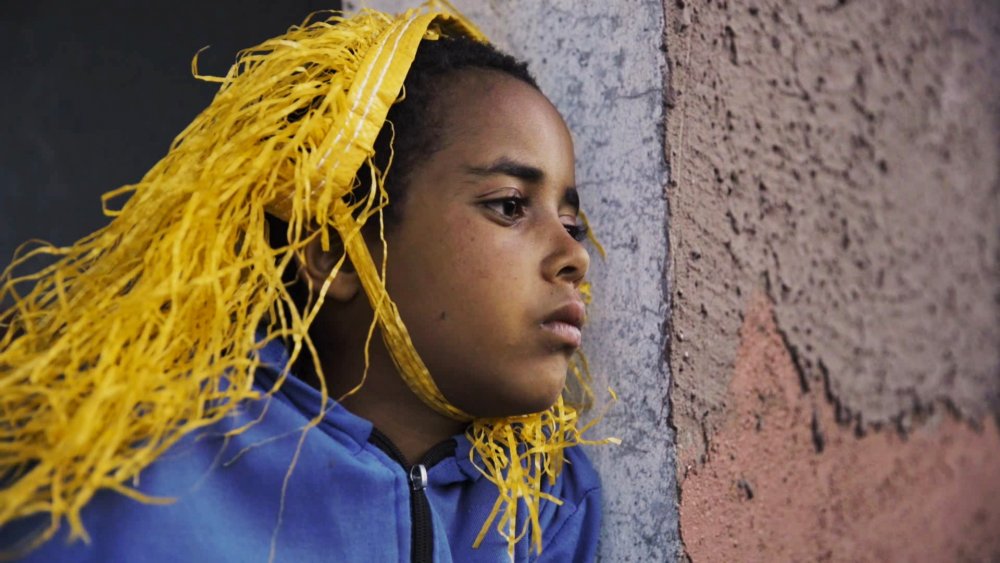 We see Asalif create a toy helicopter using a small tin connected to a motor, with a scrap of metal as a propeller. It is innovative and resourceful, but the neighbourhood children are less impressed. “My parents will buy me a better one,” Asalif’s new friend says, “the one that works with a remote control.” Scarpelli comments on the depth of that moment, a “moment when the kid was basically saying ‘I don’t care about the process of making something, I don’t care about the creativity, the ingenuity of the thing itself.’ What matters is the end product.” The helicopter becomes a metaphor for the concept of progress in this story, and highlights the sacrifice of imagination in a battle for development.

Imagination and ingenuity then become the focal point of Anbessa, to empower a child like Asalif once more. It’s a quality Scarpelli has captured in her other work – such as Frame by Frame, which followed four photojournalists in Afghanistan attempting to forge a vibrant free press – and is something she strives to draw attention to. “The characters I really resonate with are ones who look up,” she says. “It’s what I think of when I’m in New York, when I see people who have always lived in the same city but they take moments in their life to really have wonder, to exercise wonder. And Asalif is that kid who does that, the photojournalists in Frame By Frame were too.” 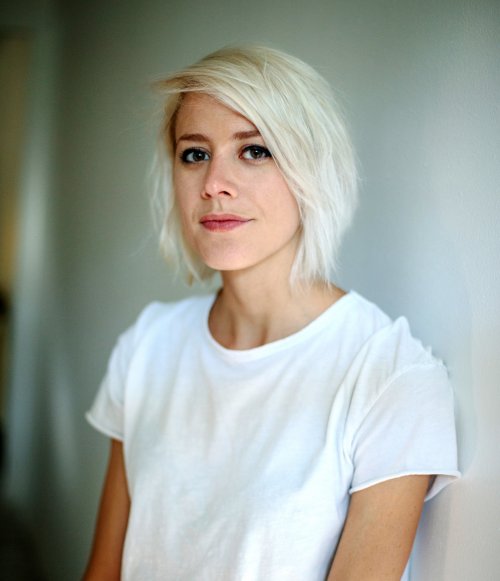 It seems Scarpelli takes every opportunity to exercise wonder as a director too, with an endless fascination for the worlds she encounters. Relationships between character and setting are intriguing – the spaces we occupy “give a visceral pressure or release on our emotions” Scarpelli says, and thus become deeply informative sources when discovering who people are and how they live.

As a director, she is uninterested in what she sees as a current trend “in America specifically on topic-driven films”, and the new documentary was a chance to hone her style and explore new ways to play with narrative form in nonfiction filmmaking. Her interpretations of Asalif’s dreams, his fantastical visions of becoming the titular anbessa to hunt the encroaching hyenas, were created through a process of collaboration with Asalif himself. For the director it was about “being open to story, open to perspectives, allowing the character or the setting or whatever it is you’re doing to have complete validity and jumping all in on that, so it’s saying ‘OK you want to be a lion,’ instead of dismissing the idea. He trusted me in a huge way with taking liberties with some of these dreams and putting them together and creating a narrative.”

Anbessa centres Asalif entirely, and necessarily so, to allow the ongoing climate of change, conflict and development in his world to occupy space in the background. The focus is a story of childhood, the power of ideas and creativity, not an exploration of preconceived attitudes to Ethiopia or what a typical childhood may be in the country. 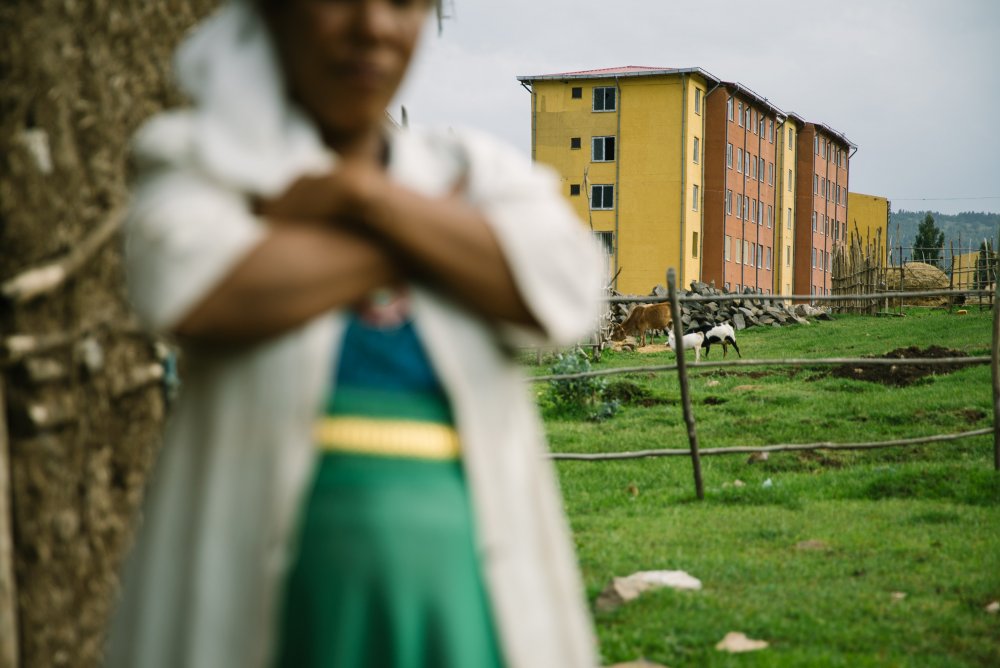 The inability to reject or disregard stereotypes was something Scarpelli saw in audiences in the US during the release of Frame by Frame in 2015. “There was such a strong opinion on Afghanistan and some people couldn’t disconnect from that at all,” she says, but audiences for Anbessa in Berlin, and particularly the children present at screenings, were enthusiastically engaged. “They weren’t thinking about Ethiopia as a place that they thought they knew,” Scarpelli adds. “Audiences have brought questions about things that resonate with them about their own childhood and any kid, anywhere.”

It’s also “never that didactic”, the director explains. “It’s more like these are tensions and structures that he’s been placed in and that he has no control over, how he deals with that to survive is really the question of the film.” 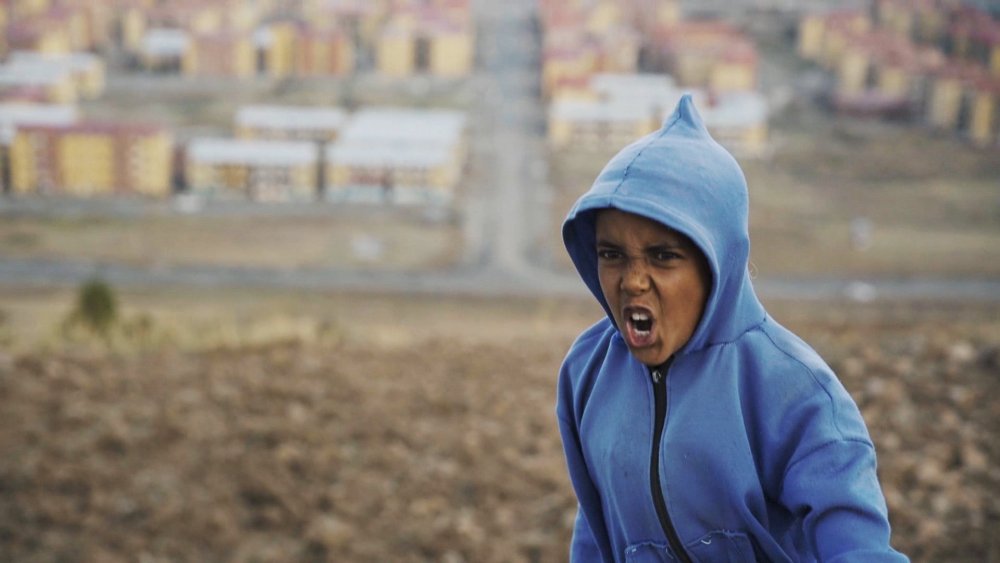 Her next project, which she says is already halfway through production, navigates another arena of conflict and tension, this time even more personal to Scarpelli herself. Now filming in Venezuela, the documentary will follow the director’s fiancé and his father in their efforts to make a fiction film based on the father’s true past involvement in illegal gold-mining in the Amazon rainforest.

The environment weighs heavy on its inhabitants but, as with Anbessa and Frame by Frame, what interests Scarpelli is how people can be examined in the foreground of a difficult background. “It’s a challenge for me in a film to explore quiet violence, what these kinds of quiet, structural forces do to human beings, because it’s not conflict, it’s not someone shooting at you, it’s not something so direct,” she says. Exploring this balance between circumstance and personal endeavour, whilst avoiding any clichés of supposed victimhood, makes Scarpelli’s films so engaging and shows a commitment to elevating documentaries that are “very true to a real voice”. Her voice is one that empowers people with stories to tell, whose sense of wonder means they lose very little in the rush towards progress.

Related to Truth versus progress: Mo Scarpelli on Anbessa, her creative portrait of a creative Ethiopian