Standing at the crossroads: Jeremy Teicher on Tall as the Baobab Tree

Our 2012 Young Journalism Competition winner Lydia Poulteney, 17, talks to Jeremy Teicher, the 23-year-old director of Tall as the Baobab Tree, a parable of social change in a Senegalese village. 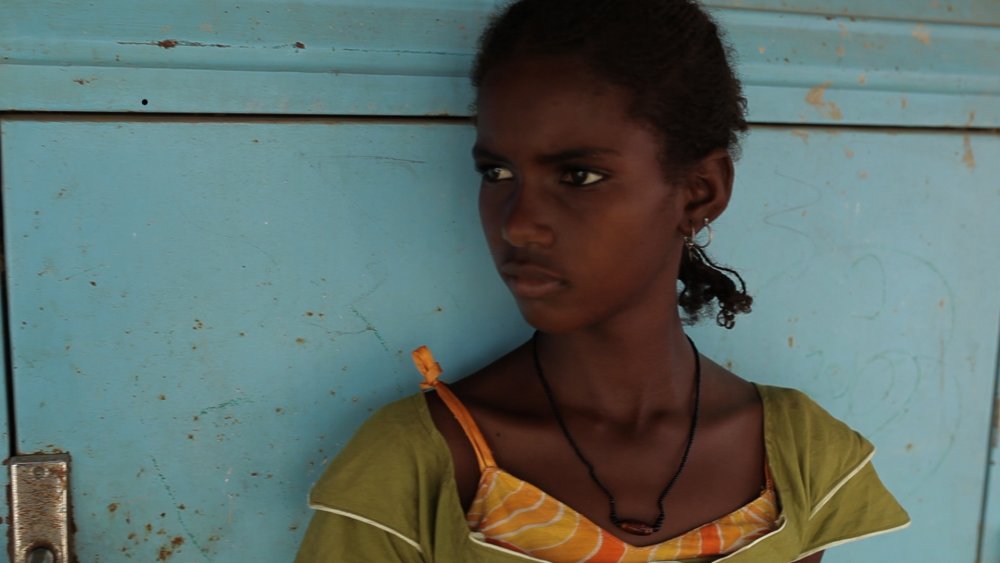 Jeremy Teicher’s Tall as the Baobab Tree is his first feature film. Dealing with the social issues of one particular African village, it considers matters from the general – growing up and coming of age – to local issues such as arranged marriage and other rural-African traditions that are evolving with the spread of education.

The story focuses on Coumba’s struggle to save her sister Debo from a marriage arranged by her father to gain money to pay for his son’s healthcare, after an accident which could lose the family its only source of income. The story is based on true events, researched by Teicher during and after his graduation, and played out by inhabitants of the real village where they happened.

Lydia Poulteney: What drew you to the concept of the film?

Jeremy Teicher: It was the result of years of work in this specific village. I didn’t initially decide I wanted the movie to be about arranged marriage. I first went to the village when I was a junior at university aged 19, and went to work in a school to make a film for the website of an educational, non-profit group called Cybersmart. The kids I met out there weren’t much younger than me, and I learned they were the first members of the village to attend a school that was built ten years ago; education wasn’t a high priority and so the village was totally isolated.

So I went back on my own later to make a documentary with the students called This Is Us, which discussed the students’ lives and their challenges and accomplishments as the first generation to attend school. A group of girls who wanted to talk about early marriage, and how some of the young people of the village go to school and others stay in the village and got married. I had no idea.

As I was studying theatre and film, I was gaining more experience with forming narratives in film; and to me this story of arranged marriage was fascinating as it spoke for the whole of the social change occurring within the village. It also communicated the integration of modern society and modern rule with traditional society.

So that’s how the idea happened, focusing myself to create a movie where we talk about these issues through a narrative and story, with the issues but also the complicated feelings everyone has across different generations.

In the UK we hear more about arranged marriage within Islamic and Asian cultures. Did you want to widen that understanding?

I find that the things you read in the papers and see in advertisements almost make you disgusted and ask “How can people be doing this?” I think everyone would agree it’s better to send kids to school than to have them married off.

But the traditions that people abide by do not make that culture or the people evil, and certainly not in the village I worked in. It’s just that cultures are different and so I wanted to make a movie that brought the reality of the village to the rest of the world, letting these people share their voice. At the end of the day, they just want what’s best for their families.

So was the first time you met the first-generation students when you met the lead actress Dior Ka, who plays Coumba?

Yes, she was in the group of girls I met on my first visit, and anyone who plays a teenager in the film is a first-generation student. Even Oumul Ka, who plays Coumba’s little sister Debo, is her little sister in real life; the mum is one of Dior’s cousins. None of the actors were trained; this was to portray the village in the most honest way. Why use actors when you can get the best results using real people?

In one particular scene, Coumba seems to be talking to the audience – directly to the camera – but it turns out to be a cow’s point of view shot. Why did you do this?

That was my – not quite indulgence – but choice as a director. On one hand, my goal for the film was to give as much power as I could to the actors, encouraging them to improvise most of the dialogue as we made the story together based on their lives, their characters. The way the story is told, performed and structured is reflective of village life. So the way the film is produced and constructed was my artistic sensibility, and the film reflects that. 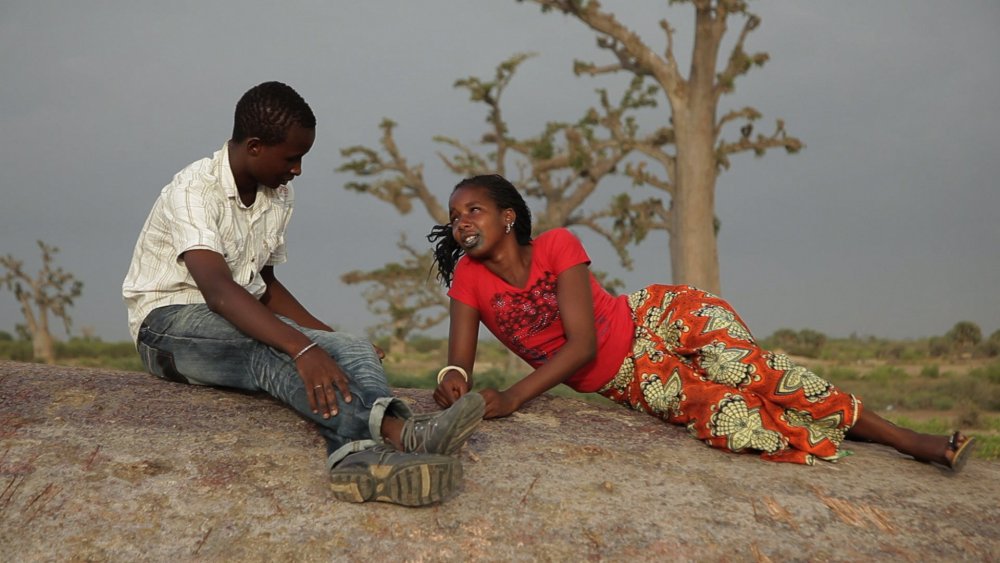 Tall as the Baobab Tree

So incidentally, with that particular scene I demonstrate my interest in breaking down that fourth wall between actor and audience. So even when I go on to make films which have nothing to do with human rights, you may still be able to see these similarities. But that scene was quite challenging to film, as the communication between the cow and Coumba were filmed at completely different times. The cows weren’t very co-operative, so we had to sit opposite that cow for quite a long time before we could pair the two shots.

Was there a language barrier when communicating with actors on set?

I wouldn’t say a definite barrier. I spoke French to those who could speak French – typically those who went to school. But we also had a translator who could communicate with actors who spoke the villagers’ traditional Pulaar language. This translator was on set, and I’d known him from past visits to the village. He was one of the primary school teachers out in the village, and knew everyone, so he acted as an in-between when we had group discussions before every scene so everyone knew the story of the film.

I’d remind everyone of what would happen and what I would like to see, the things the actors could try, and the translator’s job was to make sure everyone was on the same page. When the actors performed I wouldn’t completely understand and would have to trust the translator to tell me if they’d said the key things that needed to be said to make the narrative work.

I wanted to keep to the Pulaar language, as to have it any other way would be absurd when you’re trying to portray something which is very real in the village – and I knew the actors would be more comfortable speaking their native tongue.

How did the actors and members of the village react to the final piece?

I didn’t get to go, but in August someone from Cybersmart went and set up a portable projector after dark, so all the actors, families and everyone came to see it. For the first 15 minutes everyone was laughing hysterically, just seeing themselves and their friends on the big screen. The only villagers who would have seen films were the ones who attend school.

But as the film got more serious, so did their reaction. This film was special to them: it portrays the crossroads of the old way of life that is dying and the new way of life that’s starting to grow. There are also physical changes happening to the village, such as the village’s tradition of the women’s facial tattoos. The main girl, Coumba, was the last generation to get the tattoo; her little sister doesn’t as the village decided to stop, to integrate better.

Also, every time I visit the village – every few months – the landscape has changes; the roads stretch out wider, concrete buildings are replacing the straw buildings.

Did the lack of electricity restrict you in any way?

Technically yes. But we knew this beginning the project, both my cinematographer and I planned out what gear we should use and how. We stayed in a hotel that did have electricity, a short trip from the village, so we’d recharge our equipment at the hotel. And we always ensured we had a lot of batteries on us.

The characters’ outcome is left quite open at the end of the film. What can you see happening to them?

[Spoiler alert!] It is most likely the younger sister Debo would have got married to obey the village ruling set by the head of the village. Hopefully Coumba and Amady would go on to university or college, but what the film discusses is just how complicated life can be. Even though Coumba earned enough money to save her sister from marriage, Debo had to marry anyway. 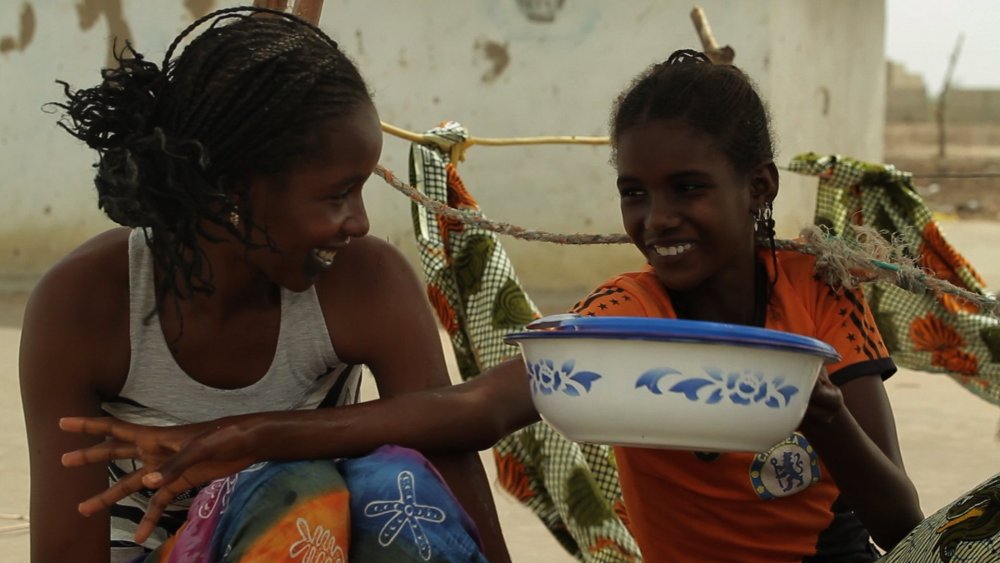 Tall as the Baobab Tree

Sileye, the brother, to me is the most tragic – and this ties into real life too. There’s a scene where he’s talking to Amady, asking if he’s going to go to school and if he’s going to forget about Sileye and the village; that scene was improvised, and watching it from behind a camera was very touching because it felt extremely real and honest. Sileye was four or five years older than the other kids, and he completely missed the boat for social change and never went to school.

Have you had any ideas about films you would like to direct in the future?

What I’ve discovered in the past year or two are the themes that really motivate me as a writer and director: growing up, coming of age, and social movement and changes and shifts; Tall as the Baobab Tree deals with a lot of these themes, and so most of my film work has taken place in this village, so it’s been an interesting process of discovery.

But I’ve also made short films and music videos which had nothing to do with these themes, which let me broaden my interests, not just as a documentarian or an anthropologist. I have two scripts for fiction feature films; one is definitely set in America, the other in any large city, but both deal with young people, and the question of giving them a voice.

What’s the meaning behind the film’s title?

The baobab tree comes up symbolically throughout the film, both visually and through conversation, such as when the other teenage boys are jokily giving Amady a hard time about looking after the cows for Coumba. Also when Debo climbs the tree to escape her arranged marriage: her problems are represented through the excessive height of the tree. Also Amady and Coumba sit on a fallen baobab tree when discussing their future. To me the tree is a symbol of tradition; it’s a very old, spiritual tree, so it being fallen can insinuate the downfall of tradition and the growing strength of the modern world.