Affonso Uchoa on The Hidden Tiger: “Cinema allows life to go on”

The Brazilian director’s debut film, a quasi-fictional portrait of his neighbourhood in the Brazilian city of Minas Gerais, is playing at the Chronic Youth Film Festival in London. One of the event’s young programmers sat down with him to discuss religion, James Joyce and putting his home on the cinematic map. 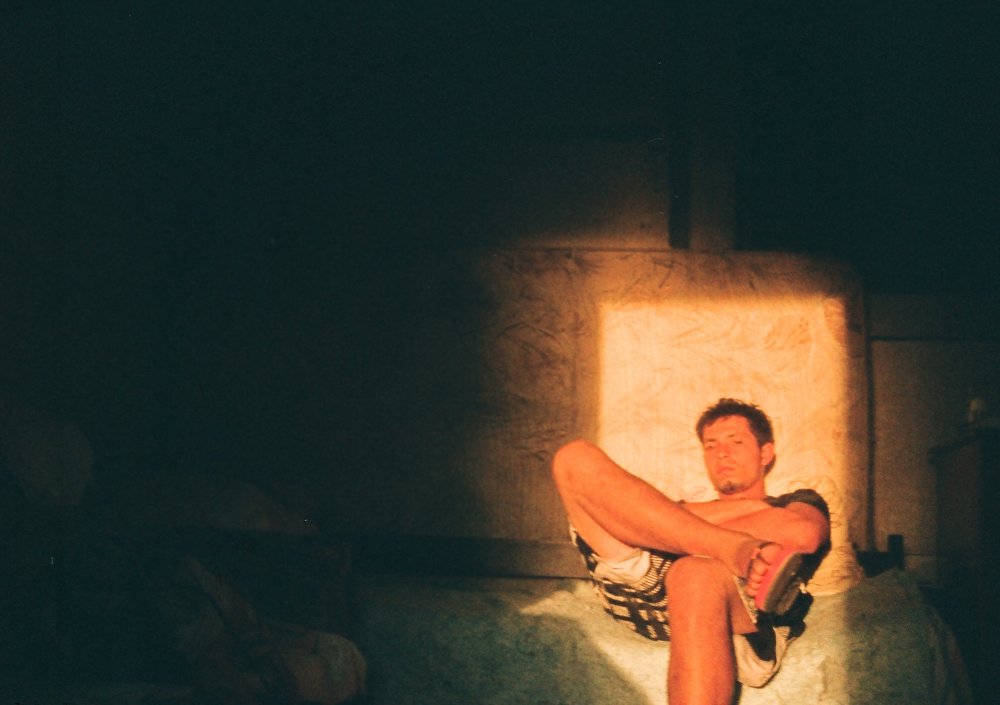 In its 1914 review of Dubliners, the New Statesman heralded the then little-known James Joyce as a man of genius, praising his determination to represent things as they are: Joyce “dares to let people speak for themselves with the awkward meticulousness, the persistent incompetent repetition, of actual human intercourse… he insists upon aspects of life which are ordinarily not mentioned.”

A century later, Brazilian director Affonso Uchoa placed his hometown Minas Gerais and its inhabitants in front of a camera for the first time in docudrama The Hidden Tiger. Uchoa’s work contains a social realism similar to that of Joyce: they both show us that life is random and unpredictable, that hardship is inevitable but that these marginalised communities matter. Like Joyce, Uchoa is non-judgemental and dares use multiplicity of voice to produce an unashamedly political work.

His more recent feature Araby, co-directed with João Dumans, recasts The Hidden Tiger’s Aristides de Sousa in a fictional role as the itinerant labourer Cristiano. A loose adaptation of the Araby story in Joyce’s Dubliners, his memoir is introduced by a young boy’s discovery of his diary. Insisting that the story of their protagonist be told through the frame narrative of his diary entries, Uchoa and Dumans elevate the memoir of a nondescript factory worker to that of a hero from the past.

I spoke to the director about his first two films and about his relationship with his neighbourhood and his religion. 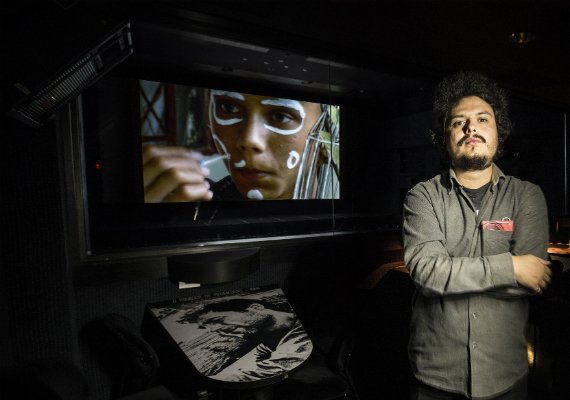 Where did you begin with The Hidden Tiger?

I noticed there are a lot of people from my neighbourhood who work in film but are not allowed to be in the major positions – and never in front of the camera. I wrote The Hidden Tiger to change this, to solve an internal problem about my own neighbourhood.

I did not want to make a traditional documentary but I wanted to experiment with fiction while portraying the reality of people’s lives. However, if I wrote a script it would not work. I wanted to experiment in a different creative process – to try and get closer to these guys, to take a long time to discover what kind of characters they can be in a movie.

And then I began to film without a script in March 2009. Finding characters was difficult at first; I took almost four months to find my actors. I was recording one day and then Aristides de Sousa, covered by dust after a day’s work, approached me. He asked what I was holding. I tried to lie to him and say it was a keyboard but he knew it was a tripod. He asked if it was true I was making a film and he asked how he could be a part of it. He never missed a day’s shoot – he loved being a part of the film. Aristides made The Hidden Tiger the film that it is. 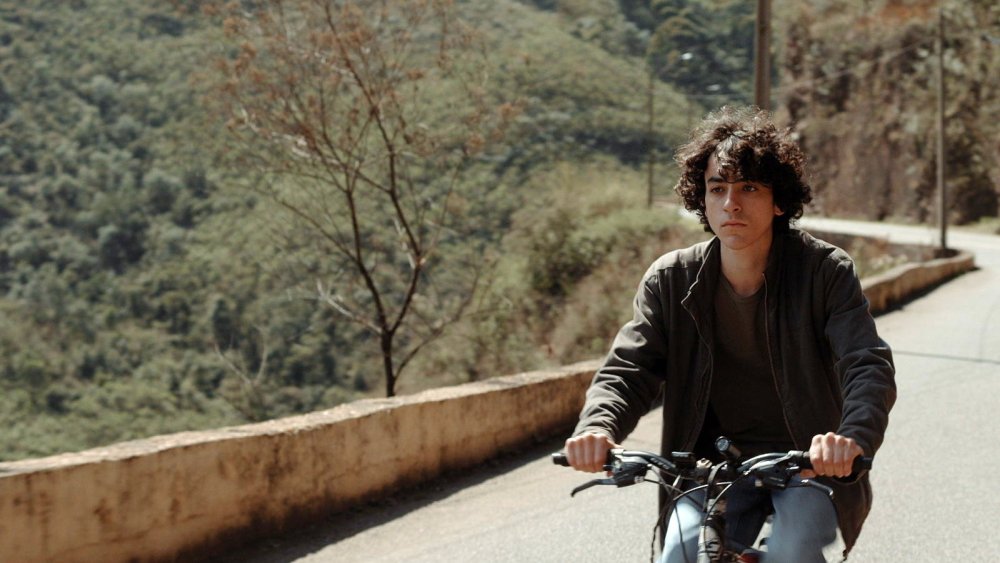 How did you write Araby?

The first script was almost 300 pages long – the production staff were furious. We needed to cut it down and to do so we needed to find the things that were indispensable. We were very strongly influenced by a Brazilian film called Sâo Bernardo, directed by Léon Hirszman, which was adapted from the novel by Graciliano Ramos. It’s an incredible film in which we see eight years of a character’s life in a few minutes. He makes an effort to understand the worker before speaking for them. I wanted to do something similar in Araby. My films have a lot in common with the radical French filmmakers Jean-Marie Straub and Danièle Huillet, and the works of novelist John Dos Passos.

We are showing The Hidden Tiger at a youth-oriented festival. Would you say that you make coming-of-age films? 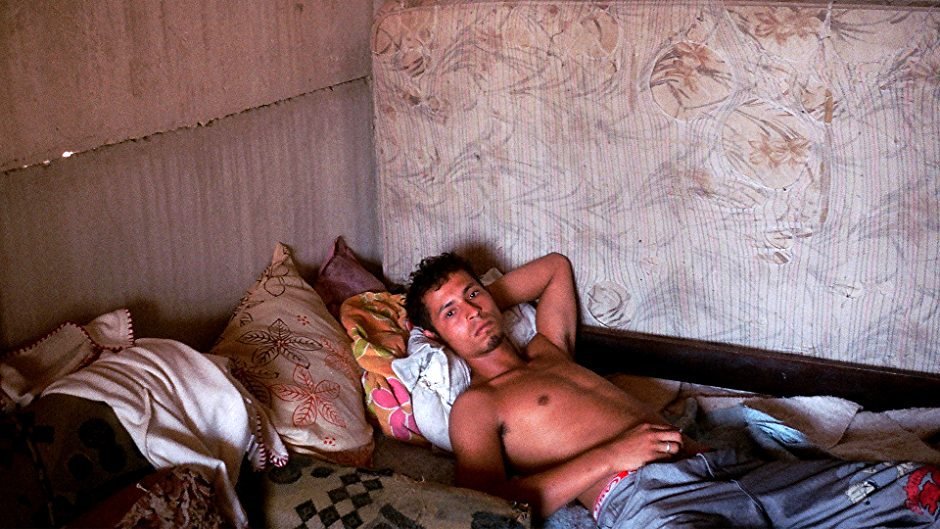 I’m interested in the role of religion in your films. It is present in the form of sacrifice and devotion but it is also often absent – many people seem to experience a lack of faith or become disillusioned in some way. Is there a God in your films?

In Araby I think it comes a lot from the city, you can feel it in the air. As in Joyce’s Dubliners, Catholicism is so heavy in the state of Minas Gerais – we couldn’t ignore it in either film. You can see how important religion is when you see the little boy thinking about God.

But if I dare theorise my own film, I think that religion is hope-filled. I record very tough and very hard realities from people with nothing to lose who live their lives, die and then leave no trace. Religion helps people value life more: church is where life happens. It is where my friends go to find girlfriends, where you can exist outside of working life. It’s strange, but true.

There is also a lot of my own personal experience in the films. When I was ten years old I got cancer and my mum cared for me, as Donna Soura does in the film. I wanted to recreate this memory and by doing so, show how cinema allows life to go on. It is not a matter of cinema recording or reducing reality but purposefully interfering with it. For me it is important to try and figure out reality differently with cinema.

What are you working on now?

Before I came to Europe I shot a short film in the same neighbourhood as in The Hidden Tiger, the neighbourhood in which I live, about a friend who was tortured by the police by mistake. At the moment I’m writing a new script, which is an adaptation of the John Dos Passos novel 1919, one of my favourite books. The film will be called 2019. I’m trying to adapt it to Brazil but I am only at the beginning of the process and I still don’t know that much about this project.

I love John Dos Passos. We tried to replicate the structure of his novels in Araby and The Hidden Tiger but in 2019 I want to do this more radically. It’s difficult to translate into cinema because it’s not linear, it’s very fractured. I think Todd Haynes’s film I’m Not There is a good example of this type of film.

In both Joyce’s short story Araby and your film there’s an epiphany. Is there an epiphany in The Hidden Tiger?

The scene in which the kid tells Aristides that he failed a grade at school is important to me. Aristides reveals a lot of people his age went on to be more successful than him. He decides something must change. This is something like the small enlightenment in Araby. But, like Araby, it’s open to interpretation. At the end of the film the screen goes black for a short time before the credits, in this time you must decide whether it is optimistic or melancholic. Everything is determined by the viewer.

Lost and found: A Child in the Crowd

Related to Affonso Uchoa on The Hidden Tiger: “Cinema allows life to go on”