Miguel Gomes explains how Pedro Costa found a home to film as his own with the inhabitants of Fontainhas on the margins of Lisbon. 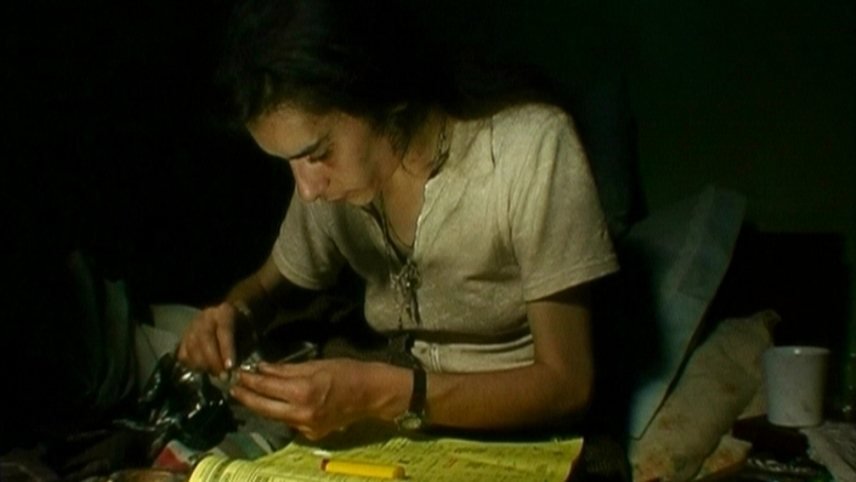 Miguel Gomes explains how Pedro Costa found a home to film as his own with the inhabitants of Fontainhas on the margins of Lisbon.

At one point in Pedro Costa’s In Vanda’s Room, there’s a scene that plays like a Jacques Tati gag. Pango, one of the addicts the film follows, is in the house he’s just squatted. He finds an abandoned drawer, which he places horizontally on the floor, with its bottom end facing up. He takes a drag on his cigarette, and sees an improvised bench. He doesn’t like it. He lifts the drawer again, and this time he places it vertically, with the open end facing towards him. He sets off to find a piece of wood, and forces it into the middle of the drawer. He’s just made a wardrobe.

This is a mere detail in a film in which domestic chores are omnipresent and even compete with the rituals of drug consumption, both activities being part of the daily routine always taking place inside the house. In any case, Pango’s gesture is useful, both for himself and for Costa. While the bulldozers outside are reducing the streets and houses of Lisbon’s Fontainhas neighbourhood to dust, both character and filmmaker reuse what they can from the debris and abandoned materials. They don’t bring them in from the outside – they are already there. Since he started filming in digital, Costa has referred to his new production model as something revitalising, freeing him both from the weight of cinema and from everything that comes between the camera and what is being filmed.

What I think differentiates In Vanda’s Room from the three films of Costa’s that preceded it is the presence of a radically new serenity in his cinema. For me, this serenity is above all the result of the discovery of a community: a place, the people that live there, the network of relationships that exists between them. The greatness of In Vanda’s Room has to do with the growing sense that we are witnessing the reconstruction, both concrete and abstract, of this community’s experiences. (Reconstruction and not re-creation, because we all know that even though a drawer can be made into a wardrobe, it will always remain a drawer.) This is the film in which the filmmaker is reconciled with the possibility of a society. Not ‘Society’ – but a society on the margins. 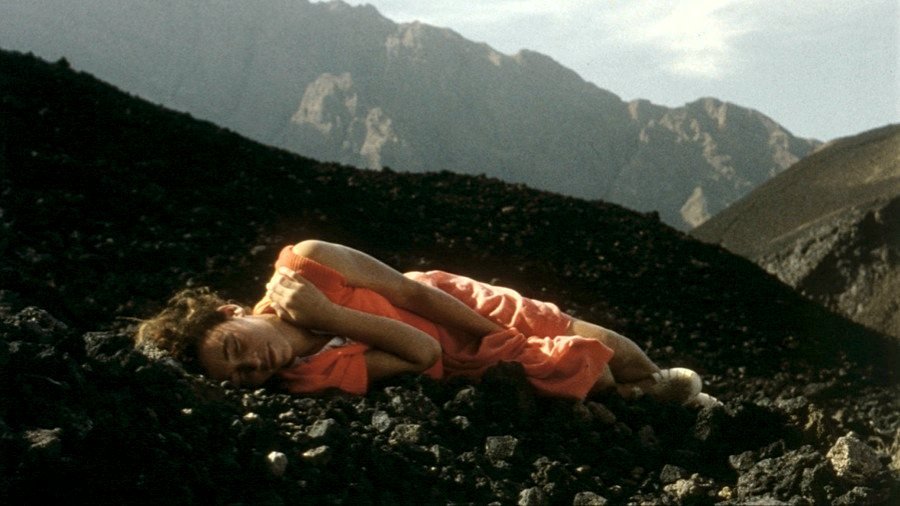 On the margins is precisely where the protagonists of Costa’s first three features – O Sangue, Casa de Lava and Ossos – exist; and each of those films – although in very different ways – is organised around the confrontation between characters and society. But when, making his fourth film, Costa entered Fontainhas and turned Vanda’s room (whose interior walls are more permeable to the noises coming from the streets than to the history of cinema) into a box that resonates with the life of the neighbourhood, he completely reformulated the key elements of his work.

Up until In Vanda’s Room, Costa always needed to fabricate an ostentatious dramatic pathos in order to create his Romantic imagery. The near-gothic O Sangue, born from the darkest night, enfolds its characters in a cocoon of myth, which is emphasised by the mise en scène, cinematography and editing. In Casa de Lava, Costa discovered a place – Ilha do Fogo in Cape Verde – that already contained these wild and romantic notions; this film constitutes his first approximation to an autonomous material reality, that is simply there and exists before and after the making of the film. With Ossos, Costa discovered Vanda Duarte, the future focus of In Vanda’s Room, and with her and various others he made a horror film in which bodies emanate and incarnate the dramatic contours of his cinema. Costa is a vampire and his actors are zombies, and that profane dimension is what makes Ossos such a disturbing work.

For his next film, In Vanda’s Room, Costa – surprise! – infiltrated Fontainhas and ceased filming marginalised characters, since it was the neighbourhood itself that was marginal to the city. The actors didn’t require the intervention of a filmmaker to expose the dramatic quality of everyday life in their neighbourhood – it was already there, so no need to import it. In retrospect it becomes clear that, in film after film, Costa was trying to materialise his ghosts. Here, finally, those ghosts had bodies, a space to inhabit, and rituals. And it was from this new reality that Costa’s serenity was born. It was from this moment on that Costa could invoke Ozu, another director who filmed domestic rituals obsessively. 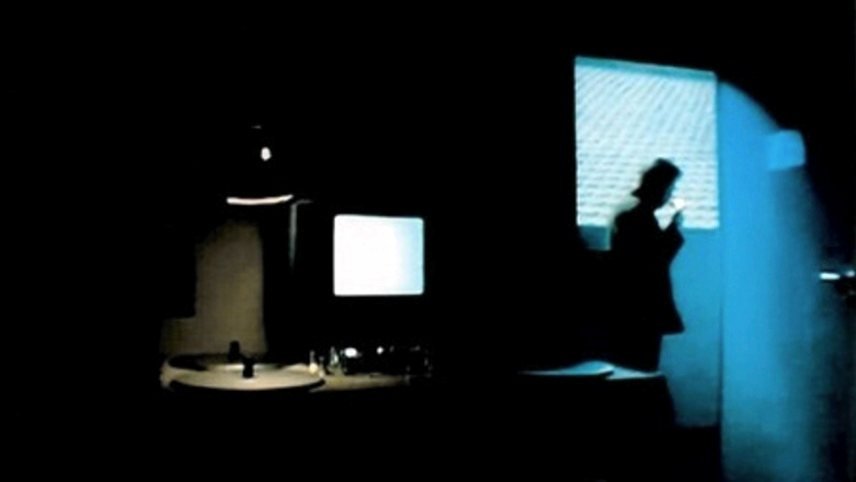 In his documentary Où gît votre sourire s’enfoui, which could be renamed ‘In the Straubs’ Room’, Costa follows this same procedure, although this time with cinema itself. Here, in the dialogue between filmmakers Danièle Huillet and Jean-Marie Straub, and on the moviola where they are editing their 1999 film Sicilia!, cinema materialises and becomes a physical reality. Costa registers this patiently, and balances it with a domestic portrait of the filmmakers’ marriage, surprisingly light and alive.

Contrary to what’s often been said, I don’t believe Costa’s next Fontainhas film, Colossal Youth, is a continuation of In Vanda’s Room, but rather a new approach to the films that preceded Vanda, supported by what he conquered along the way. Using a structure and framing which are once again more ‘visible’, Costa returns here to the mythical associations of his previous works, but now with the serenity of someone who’s in a place he knows is (also) his.