The world since Gummo

Getting on for two decades of Harmony Korine’s “masterpiece of irrelevance”.

“I believe the Earth is a big ball of shit,” says the nameless protagonist in Act da Fool (2010, embedded further down this page), Harmony Korine’s short film for luxury womenswear brand Proenza Schouler. The line rolls off her tongue with lethargic affection and hangs in the air, stale and fuzzy and matched by the soft-focus look of the film, which was shot on Super 8mm. Korine treats the ball of shit in question with gentle, probing curiosity; a sentiment repeated throughout all of his films.

The London Short Film Festival presents a Harmony Korine Weekend 16-17 January 2016, featuring Gummo on VHS, a Gummosium, a programme of his short films and the recent adaptation of his book A Crack Up at the Race Riots.

The gentleness of Korine’s gaze is the most enduringly unique aspect of Gummo (1997), his first feature and centrepiece of the London Short Film Festival’s Harmony Korine Weekender, in collaboration with indie VOD platform MUBI. Gummo is often remembered for its unflinching depictions of the grotesque; an overweight girl shaving her eyebrows in the mirror; a boy in bunny ears pissing off a bridge, spaghetti hoops eaten in a filthy bathtub; a rasher of bacon sellotaped to a tiled bathroom wall; cockroaches. Yet, in this collection of vignettes that look at teenagers in parochial small-town America, Korine locates innocence in the perverse. The film finds tenderness in an exchange between teenage cat-hunter Solomon (Jacob Reynolds) and a disabled prostitute; ecstatic joy in a violent tussle between a burly, skinheaded pair of identical twins; nostalgia in a swimming-pool threesome soundtracked by Roy Orbison’s Crying.

The 13th edition of the festival will pay homage to Korine’s anti-authoritarian auteurism, screening Gummo from VHS format (it’s never been issued on DVD in the UK) and holding a symposium (or rather, a “Gummo-sium”) on the film.

On the panel sits critic and filmmaker Charlie Lyne, who hosted the UK premiere of Korine’s Spring Breakers (2012) in 2013. While he doesn’t claim to have any great appreciation of where Gummo might have slotted into 1997’s cultural landscape (being, in his own words, “a little kid” when it came out), he imagines that the film felt just as out of step with the zeitgeist then as it does today. “I’m not sure it’s ever been relevant, but that works to its advantage – it’s a masterpiece of irrelevance,” says Lyne. 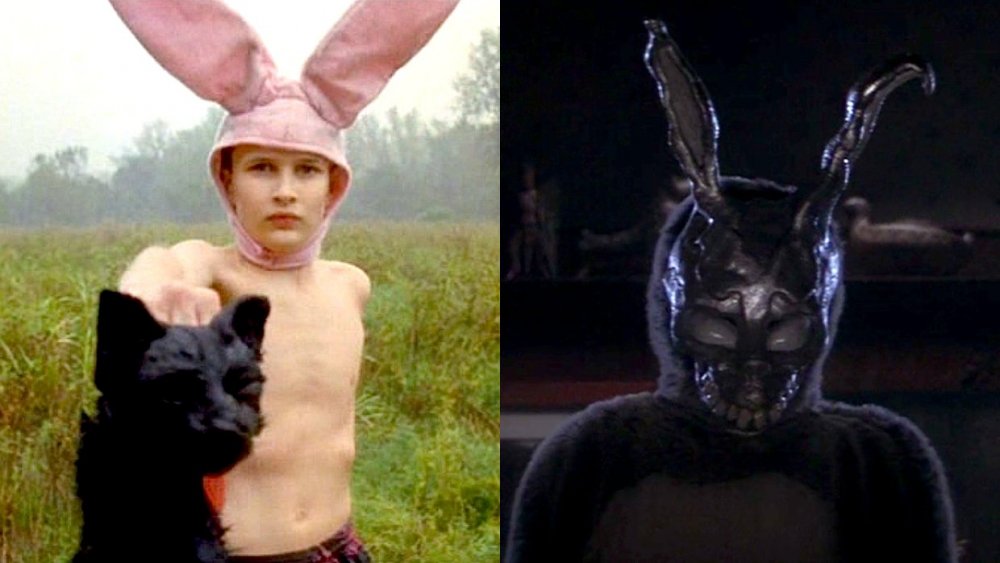 While Korine himself might eschew ‘relevance’ with regard to mainstream filmmaking (“There’s no relationship between what I’m doing and what others are doing, and the way my movies are made and the way others are made,” he told Index Magazine), there’s no doubting his influence on other directors. Gummo looms large in Donnie Darko (Richard Kelly, 2002), for example, whose Frank – the man in “that stupid bunny suit” – is a reincarnation of Bunny Boy (played with wan-faced fragility by Jacob Sewell). When Dane DeHaan’s Jason bikes through suburbia, shot over-the-shoulder in The Place Beyond the Pines (Derek Cianfrance, 2012), it’s hard not to think of Solmon and Tummler (Nick Sutton) juddering down the streets of Xenia. 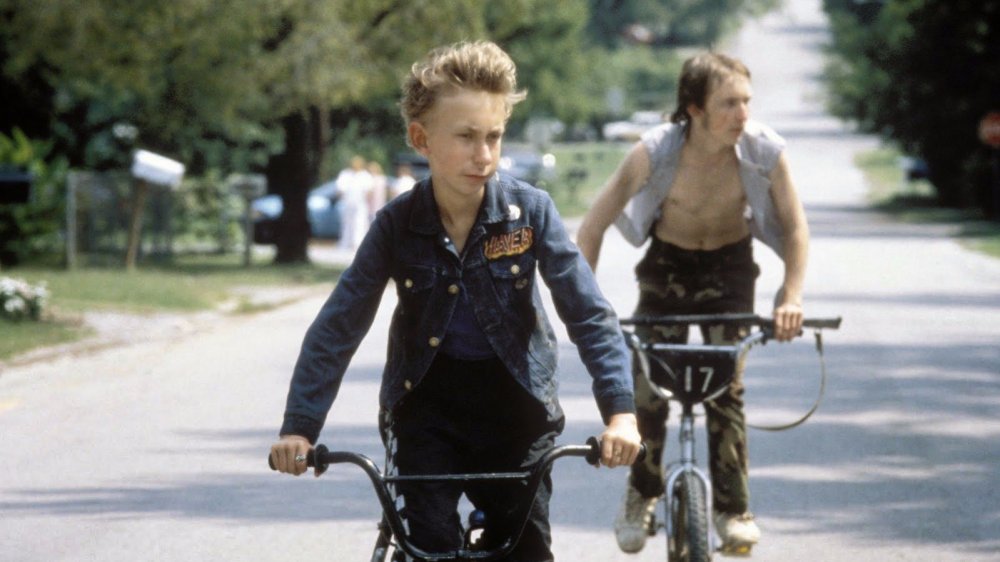 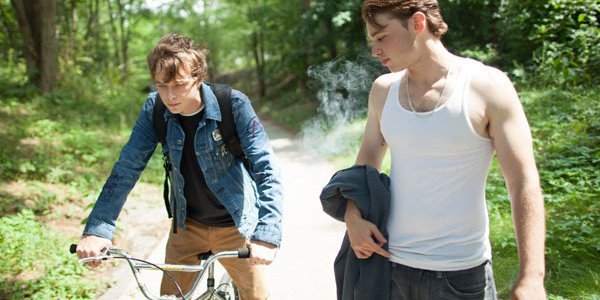 There are also films like Bombay Beach (Alma Ha’rel, 2011), Snowtown (Justin Kurzel, 2011), Beasts of the Southern Wild (Behn Zeitlin, 2012), The Goob (Guy Myhill, 2014) and Lost River (Ryan Gosling, 2014), which critics have lazily compared to Gummo, likely due to their depictions of grimy, destitute Americana tempered by prettified lensing and use of otherworldly voiceover. While it’s fair to say that all these films search for beauty in poverty, there’s little else that links them to Gummo. In Bombay Beach, a dreamlike documentary about one of the poorest communities in Southern California, and Beasts of the Southern Wild, a post-Katrina magical-realist romp through the bayou, traditional familial structures exist as points of identification for an audience unacquainted with the realities of social deprivation. In gritty Aussie thriller Snowtown, Kurzel’s detached camera is distancing, creating a barrier between the audience and the immorality on screen – and inviting moral judgment in the process. As for Lost River? Its mélange of weirdos are self-consciously constructed, unlike Gummo’s cast of non-actors, many of whom grew up with Korine before he relocated to New York in the mid 90s.

Joining Lyne to discuss the ways in which Gummo’s legacy lives on are MUBI’s Chiara Marañón, film programmer Jason Wood (who secured its theatrical release back in 1998) and filmmaker Jennifer Reeder, whose work was celebrated by LSFF in 2015. Reeder, who grew up near Xenia, Ohio (the tornado-torn town that houses Gummo’s oddball carnival), describes Korine’s presentation of middle America as “mythical” and “impossible to place in terms of time and location”. For Reeder, Gummo opened up the possibility for filmmakers to work across disciplines like fine art and performance to create popular projects without compromising their aesthetic.

This is certainly true of Korine’s filmography post-Gummo, which has stretched across commercials, artists’ movies and music video. There are traces of Gummo in the music videos he has directed, though more often than not its guiding principle is flipped. Whereas in Gummo the perverse is presented as innocent, in music videos for Sonic Youth, Cat Power and The Black Keys innocence is reframed as perverse. In the video for Sonic Youth’s Sunday (1998), Korine opens on a close-up of child-star Macaulay Culkin admiring himself in the mirror; lingering on a close-up of his teenaged face, sleepy eyes appear druggily heavy-lidded, his wet, red lips almost pornographic.

In one of Gummo’s most memorable scenes, Solomon’s mother (Linda Manz, in her first role since Dennis Hopper’s Out of the Blue) catches him lifting weights to Madonna’s Like a Prayer. She sidles in, wearing hot pink gym shorts and a matching T-shirt, chiding him all the while tap dancing behind him in oversized shoes. The short film Curb Dance (2011) sees Korine tap dancing dressed in a long dress and hat (in the same lurid pink) in a call back to this scene. Reminiscing about old friends in a flat voiceover, he recalls an incestuous set of brothers – now on death row – who “were always dirty and reeked of fish and worms”. The combination of colour, carnival and attention to gross-out detail is a clear continuation of Gummo’s thematic threads.

Korine’s video for Die Antwoord’s Umshini Wam (2011) follows the controversial South African rap duo as they explore run-down neighbourhoods in wheelchairs. Dressed in neon onesies, they root around in bins chancing upon used underwear and tattered wigs; in theory, it shares Gummo’s loose, playfully anarchic spirit but in practice the vaudeville feels forced.

Yet there are echoes of Gummo in Korine’s most recently directed music video, a return to his interest suburban oddity. In Gold on the Ceiling (2012), he shoots The Black Keys on VHS in pastel baby-gros and Baby Björns, with balloons and baby bottles of milk, the images all but frozen, flickering back and forth one frame at a time. (The video also features a cameo from the ATL Twins, who he’d later use in Spring Breakers.) Korine offers neither context nor commentary, save for overlaid subtitles that read: “WHERE’S MY TOOTH?”, “WE LOVE BOOTY” and “WE LOVE LOOT CAKE”.

Related to The world since Gummo