Poles together: The brothers Kondratiuk 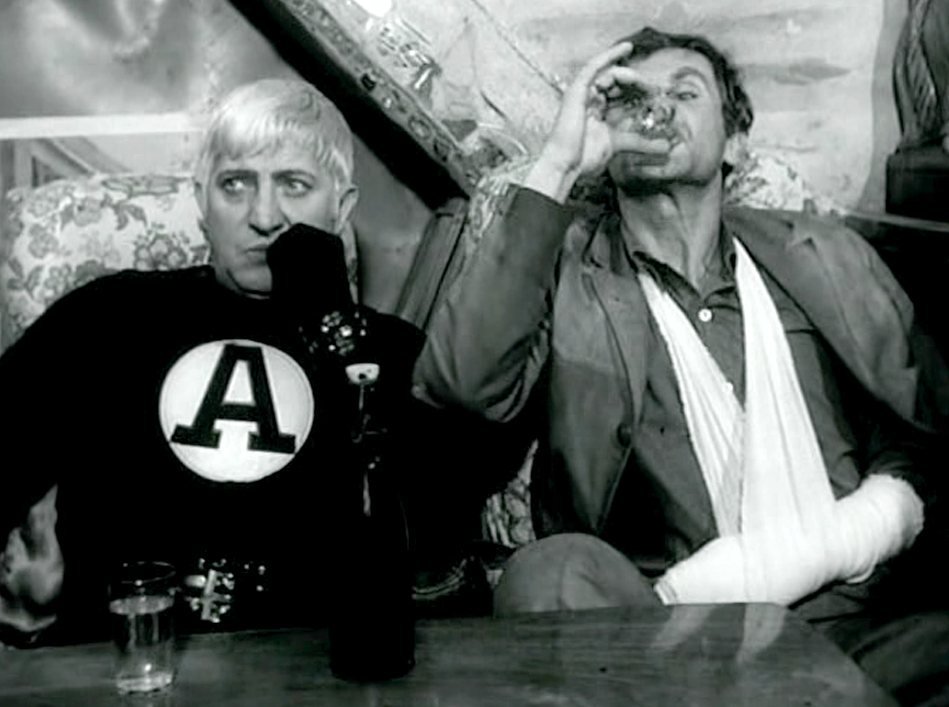 Comedy travels notoriously poorly, which probably explains why the work of the brothers Andrzej and Janusz Kondratiuk is almost entirely unknown in Britain despite an enthusiastic domestic cult following. Andrzej’s second feature Hydro-Riddle (1970) was screened in the Tate Modern’s ‘Polish New Wave’ season in 2009, but before then his most accessible film by far was Roman Polanski’s short Mammals (1962), which he co-wrote.

Although much of the Kondratiuks’ output is still off limits to non-Polish speakers, 2011 has already seen a substantial increase in accessibility. In January, Telewizja Kinopolska’s ongoing cycle of auteur-themed DVD box sets compiled five Andrzej Kondratiuk films (three features, two shorts, all English-subtitled). Two of those features, Hydro-Riddle and The Ascended, are playing in a Kinoteka double bill, as are two of Janusz’s films from the same period. This is still a snapshot of the early part of lengthy careers, but there’s enough here to give a good impression – and the films straddle the temporal and cultural divide surprisingly well. Early 1970s Britain and Poland may have had significant political differences, but the sarcastic humour, a pervasive sense of national decline and unwarranted respect for stifling petty regulations are only too familiar.

In retrospect, Mammals’ mordantly Beckettian vision of the futile rivalry between two men stranded in snowy wastes is as much a characteristically Kondratiuk piece as a Polanski one. Andrzej would infuse the early short Bugler’s Monologue (1965) with a similarly absurdist vision, as its long-faced, socially shunned protagonist seeks to assert his individuality in a teeming city with the aid of a cheap plastic trumpet and a succession of increasingly high vantage points. I Would Like To Have a Shave (1966) is a more overtly black comedy in which a fugitive impulsively visits a barber’s shop in the middle of nowhere. Its abiding sense of menace is heightened by the juxtaposition of extreme close-ups of a cut-throat razor scraping bristles and the sudden intervention of a mousetrap. 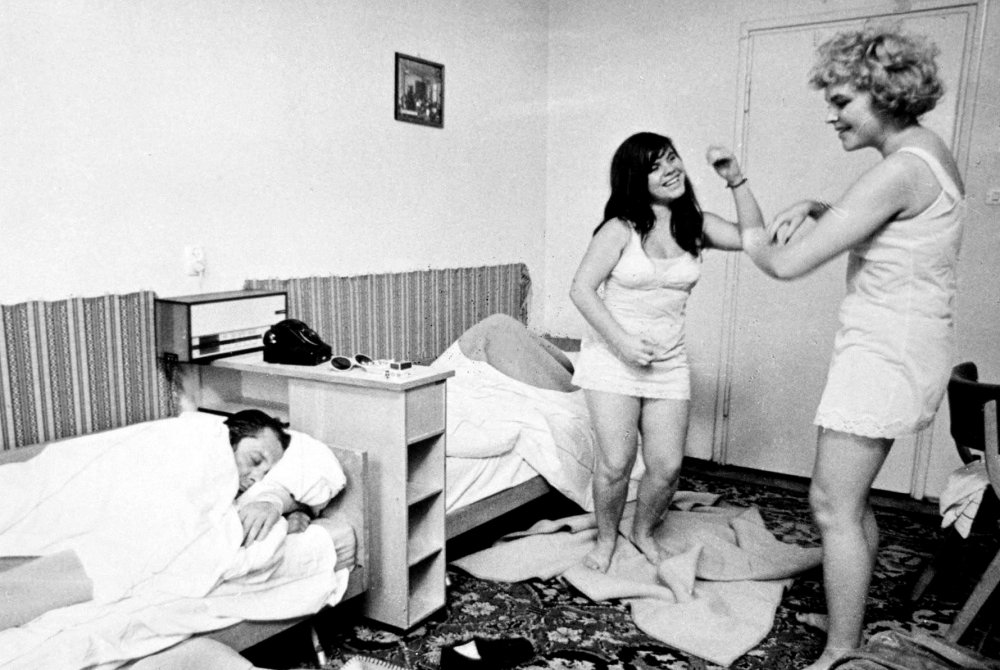 None of these are adequate preparation for Hydro-Riddle, whose advance reputation for being the closest Polish cinema came to the Monty Python universe is fulfilled by the opening credits alone, delivered verbally by the actress Iga Cembrzynska in a succession of exaggerated dramatic modes interspersed by jazzy scat-singing. What follows is equally bonkers, as a severe water shortage proves to have sinister origins, unmasked by the Leslie Nielsen-like superhero Ace (Jan Walczak).

Fully aware of the ludicrousness of the concept of a Polish superhero, the film merrily subverts a succession of American clichés (including product placement) while mocking Polish rules – at one point, Ace is refused admission to a building for not wearing a tie. Although the villainous Dr Stain is working for Arab paymasters (a veiled harem is visibly populated by men in drag), one can hardly complain about the dearth of political correctness given British tastes at the time – and the satirical notion that water might be as valuable to the arid Middle East as oil is to industrialised economies is just as valid today.

Dr Stain is played by the popular comic actor Zdzislaw Maklakiewicz, a John Lithgow lookalike who headlined Andrzej’s next two films alongside his regular screen partner, the bent-nosed, gravel-voiced Jan Himilsbach, in both cases as naifs in a world of bewildering signs and conventions. In The Ascended (1973) a lottery win fuels a lifelong ambition to fly, though their dream of miraculously ascending to the heavens has to take the form of internal flights to Koszalin and Gdansk, and their attempt at kick-starting a whirlwind romance with two young women sees them firmly locked out of their would-be conquests’ hotel room.

In How It’s Done (also 1973), they’re a pair of would-be film moguls who travel to the winter resort of Zakopane with grandiose dreams but an Ed Wood-like naivete about their actual realisation. 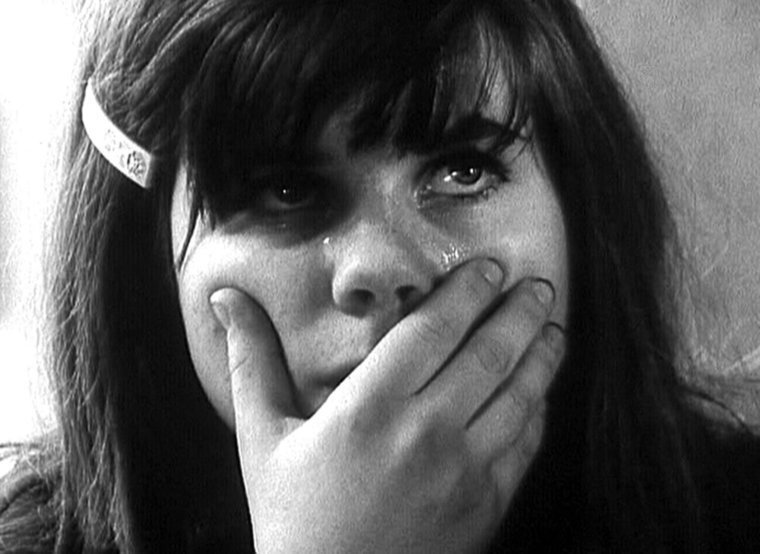 The two early Janusz Kondratiuk films playing at Kinoteka (his latest, Million Dollars, is also screening, but was not available for review) suggest a gently humanist sensibility that has more in common with the Czech films of Milos Forman and Jiri Menzel – not to mention Menzel’s muse, the novelist Bohumil Hrabal. How to Get Money, Women and Fame (1969) loosely interlinks three Hrabalian shaggy-dog anecdotes about a poodle-napping hairdresser, an office seduction attempt and a man heroically determined to build a viable submarine out of scrap metal.

In Marriageable Girls (1972), three young provincial women whose trip to Warsaw in the hope of being swept off their feet is rapidly downgraded to a series of awkward encounters with a pair of socially inept men – but this in itself provides a welcome distraction from their normally humdrum existence. Made for Polish TV, it has as big a reputation over there as early Mike Leigh plays have here, and for very similar reasons.

Telewizja Kinopolska’s Andrzej Kondratiuk DVD boxset contains Hydro-Riddle, Ascended, How It’s Done and the shorts Bugler’s Monologue and I Would Like To Have A Shave.