A cinema of moral disgust: Wojciech Smarzowski’s The Dark House

Michael Brooke inspects an eloquently jaundiced anti-thriller set in the fag end of Poland’s Communist era, a highlight of this year’s Kinoteka showcase of Polish cinema. 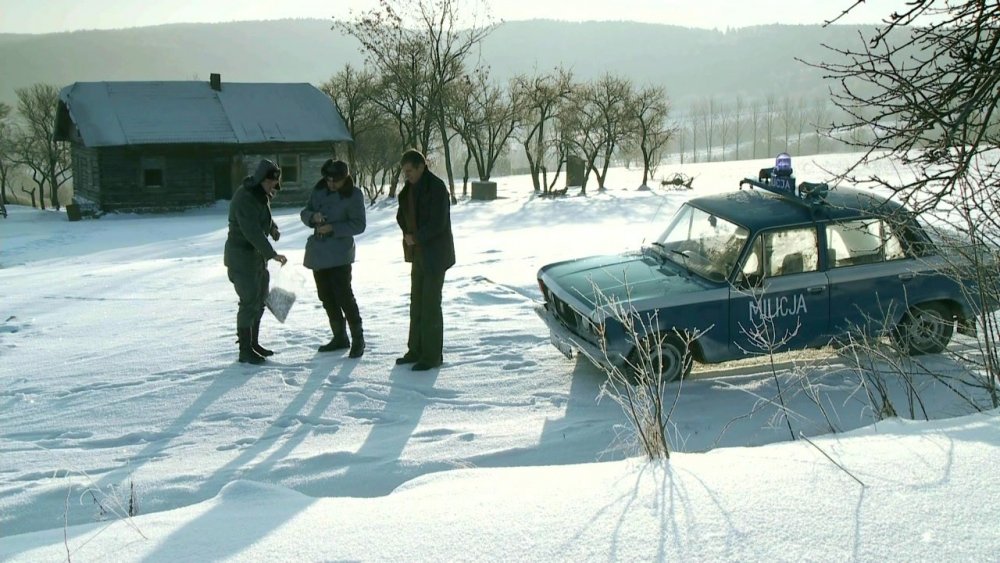 Polish culture is hardly a stranger to despairing cynicism and bracingly sarcastic comedy, but Wojciech Smarzowski’s films push the envelope to memorable extremes. He made his debut in 2004 with The Wedding (S&S February 2008), a deceptively jolly title for a sourly pessimistic look at a post-Communist Poland in helpless thrall to capitalist corruption: the bride’s father loses a finger mid-festivities to a ‘business associate’, and when the venue’s drains belch forth their contents, it’s not so much gross-out gag as apt commentary.

However, any hint of nostalgia for the past is quickly disabused by Smarzowski’s more ambitious second feature. The Dark House (whose Polish title is closer to ‘The Bad House’ or even ‘House of Evil’) intertwines two parallel narratives, set in October 1978 and February 1982 – respectively, the month that Karol Wojtyla was elevated to the papacy, and the winter that immediately followed General Jaruzelski’s declaration of martial law in response to the state-threatening success of the Solidarity trade union movement (emboldened by the election of a Polish Pope). These details aren’t emphasised, but it’s safe to assume that no Polish viewer of Smarzowski’s age (he was born in 1963) would miss their significance.

Both stories take place in the same location, a farmhouse that played host to a triple killing, whose only survivor, zootechnician Edward Srodon (Arkadiusz Jakubek, the moon-faced notary from The Wedding), helps the militia with their enquiries nearly two and a half years later. (No explanation is given for the delay, but the professional incompetence on display at every level suggests that this may be typical). Anxious to clear his name, Srodon fully cooperates with his inquisitors, taking part in restaging events amateurishly on Super 8 film with the aid of bemused ‘actors’, a mother and son bribed with the contents of a clear plastic bag of unbranded cigarettes that the militia carries around as universal currency. 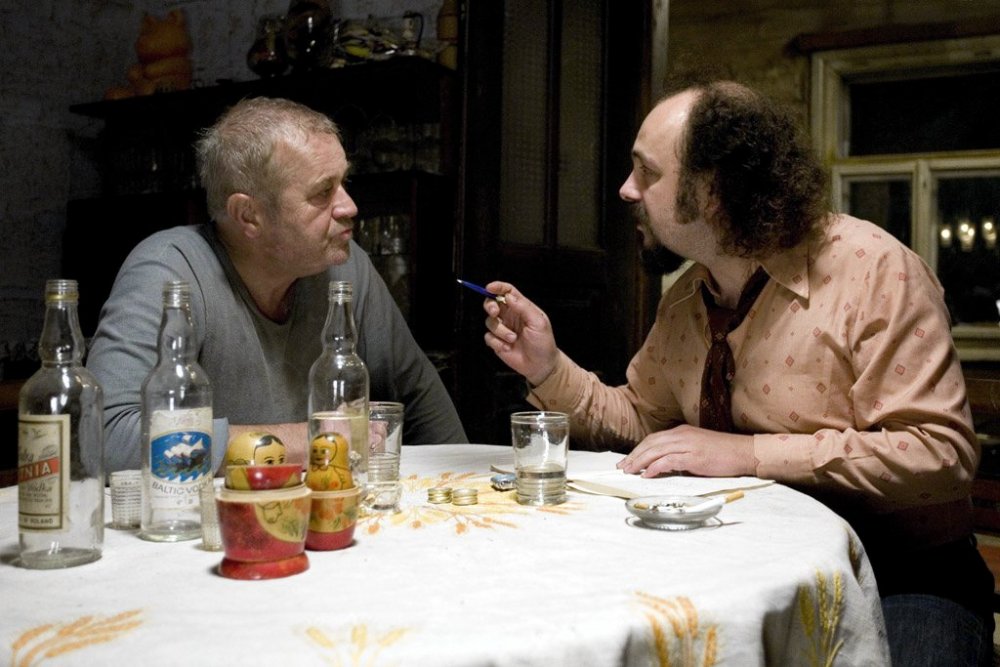 But what quickly becomes clear to everyone but Srodon and the admirably if pointlessly idealistic Lieutenant Mróz (Bartlomiej Topa) is that the authorities have no interest whatever in solving the crime. Indeed, the more evidence Mróz uncovers that links the killings to more widespread political chicanery, the less desirable an honest solution becomes: it would be far more efficient just to kill Srodon, blame him for everything and declare the case closed. After all, the powers that be have plenty of ‘damning evidence’ (i.e. absurdly circumstantial anecdotes) against Srodon – and Mróz too, if he doesn’t pay more attention to his colleagues’ priorities.

Far from being the feared representatives of an all-powerful state, Mróz and his colleagues are greeted with withering contempt – at one point, Mróz is hounded out of a shop to chants of ‘Solidarnosc! Solidarnosc!’ and he’s later played a clandestine recording of an equally mocking punk song. Most of his colleagues are blind drunk at some point, prosecutor Tomala (Robert Wienkiewicz) one of the worst offenders – a symptom as much from desiring to blot out personal responsibility as of the lack of anything else worth doing. The 1978 scenes are dominated by mud, the 1982 ones by audibly crunching snow – there’s a strong hint of Fargo here, especially when heavily pregnant officer Maria Lisowska (Katarzyna Cynke) shows up. Naturally, her baby’s paternity is open to question.

Srodon, frizzy-haired in 1978, shaven-headed in 1982, is the film’s most tragic figure. Suddenly and shockingly bereaved at the start of the film, he deliberately seeks a job as far removed from his former life as possible. Caught in a thunderous downpour, he shelters in the farmhouse owned by Zdzislaw Dziabas (Marian Dziedziel, the bride’s father in The Wedding) and his much younger wife Bozena (Kinga Preis, the title role in Jerzy Skolimowski’s Four Nights with Anna), and gets sucked into an elaborate plan to sell moonshine wódka to the local Soviet army base. 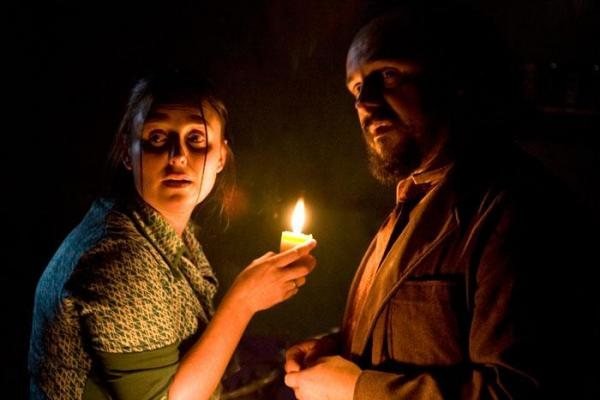 Smarzowski suggests that such scams were commonplace towards the fag-end of the Edward Gierek era (1970-80), which transformed Poland from a run-down quasi-socialist state to a near-bankrupt consumerist one – Srodon tells Dziabas about an earlier scheme that involved disguising cheap German eggs as Polish farm-fresh ones by smearing them with chicken shit. We know from the start, thanks to the parallel 1982 investigation, that this encounter will end badly for everyone concerned, though the bloody climax is more notable for its farcical banality than for any wider significance.

Smarzowski’s gleefully Rabelaisian, taboo-trampling treatment of a still contentious period made The Dark House a big hit in Poland, though it’s only played internationally in festivals. But it’s well worth catching: on the evidence so far, Smarzowski is becoming one of the most astute chroniclers of his country’s seedier aspects: not so much a cinema of moral anxiety (to cite the highest-profile 1970s Polish film movement) as one of moral disgust.