The man whose arch grin in The Larry Sanders Show and Men in Black won audiences’ hearts had earlier razed a trail from Method player to Hollywood undesirable… and some of the most interesting curios of the 1970s American fringe. 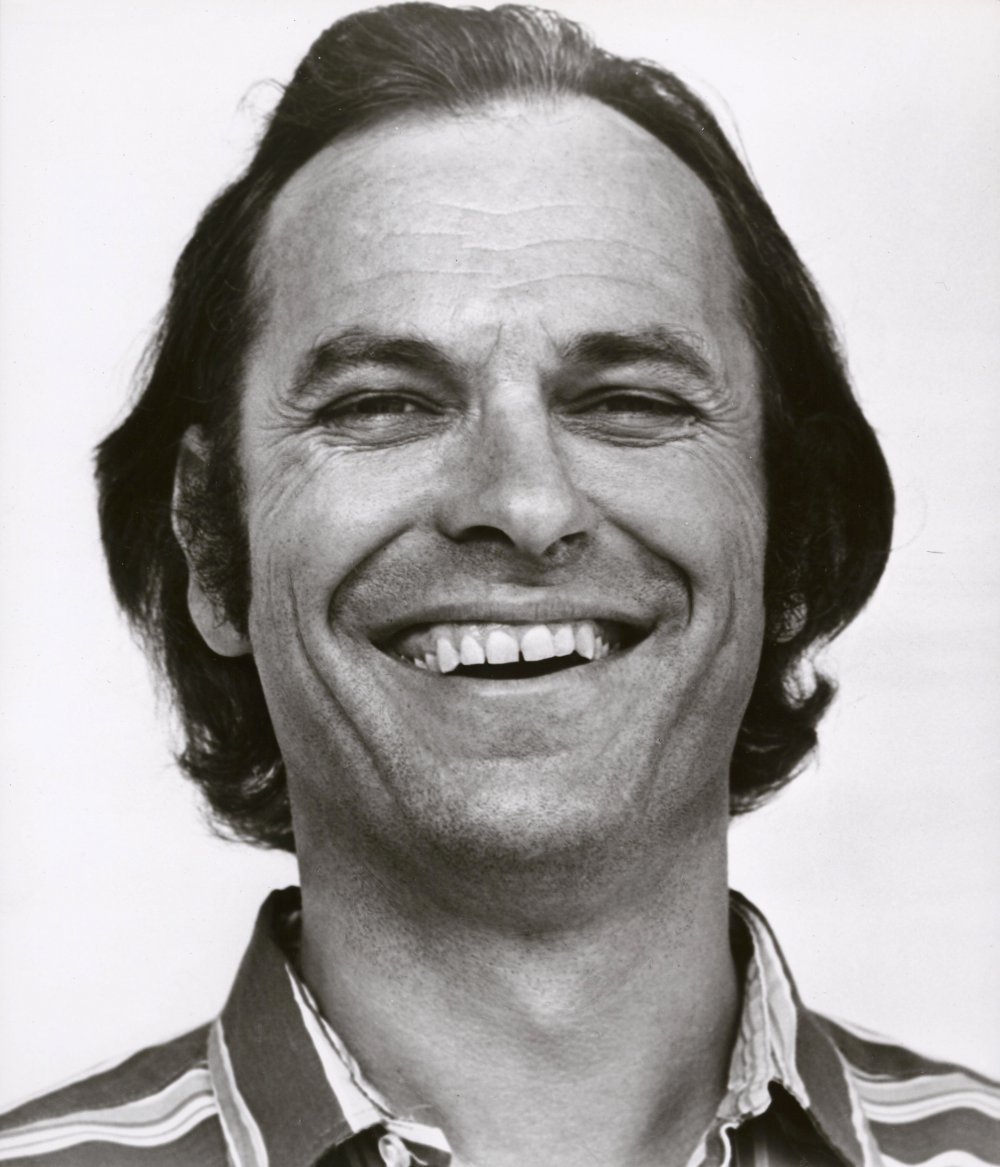 Rip Torn found fame late. The roles with which he’s popularly associated – the avuncular yet cold-blooded TV producer Artie (no surname) in The Larry Sanders Show (1992-98); Zed, the chief of the Men in Black (1997), in that franchise’s highly successful first instalment – are far from where he started out, hitchhiking from Texas to Hollywood in the hopes of becoming a star and earning enough to buy a ranch.

The self-described “pro-labor, unemployable, trouble-making” actor was born Elmore Rual Torn Jr in 1931 (the nickname Rip was inherited from his father). Spells as a military policeman and a student of animal husbandry preceded his interest in acting. The University of Texas drama teachers didn’t think much of his abilities: “I wasn’t phony enough. But sometimes I’d have a moment on stage that was so real it made them forget the fact that I was terrible.”

On arrival in Hollywood, as he tells it, he went to a police station to turn in his unlicensed firearm and was immediately arrested and charged with eight unsolved robberies. It was cleared up in a couple of days, but it was very much a sign of things to come.

Quickly finding his place in the home of ‘the Method’, the Actors’ Studio, Torn found his first professional engagement as Ben Gazzara’s understudy in Cat on a Hot Tin Roof, and the director, Elia Kazan, signed him to a personal management contract, which Torn eventually abandoned, telling Kazan, “I can no longer live suspended by the web of your whim.” 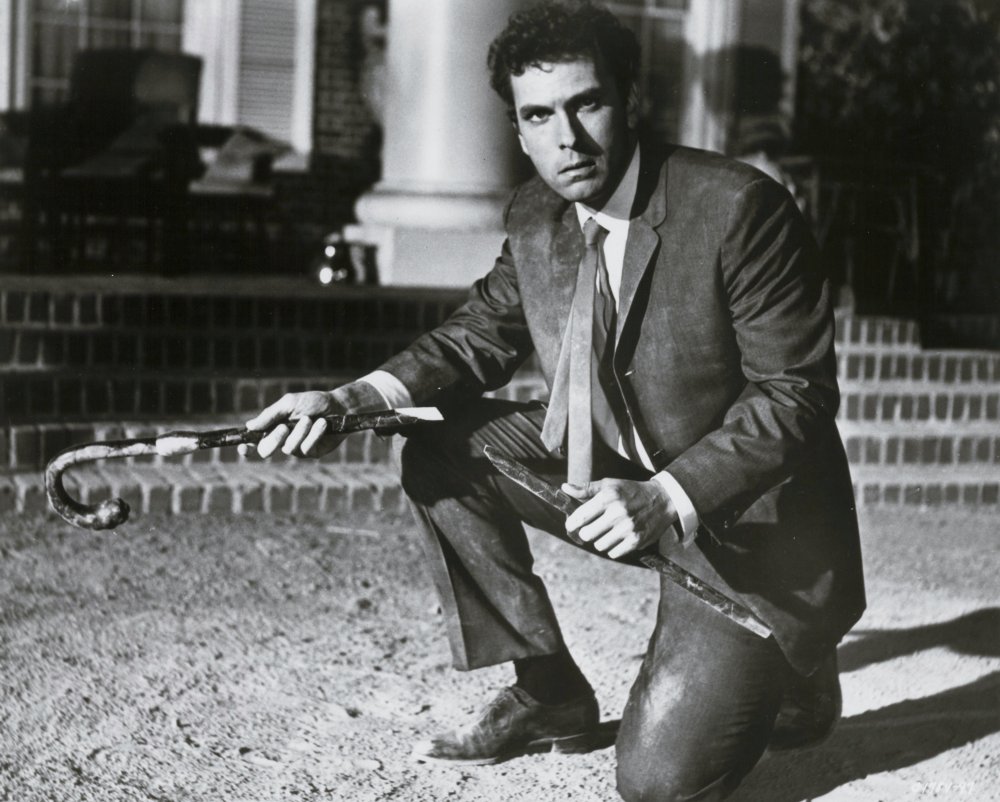 But while working with Kazan he replaced Paul Newman in the role of Chance Wayne, the desperate gigolo who hooks up with a fading movie actress in Sweet Bird of Youth. Geraldine Page, who played the female lead, would become his second wife, and perhaps the roles they played affected attitudes towards their relationship. Some felt Torn was hitching a ride on the coat-tails of the older and more successful actress. This may have contributed to a growing antipathy, in some circles, towards the actor that would last for decades.

He was, for a time, well connected – stories abound of cooking dinner with Miles Davis or hanging out with Judy Garland and Milton Berle. He was at the table when Janis Joplin wrote Mercedes Benz. Actress Sally Kirkland said Torn “had totally inherited the throne of (Dean and Brando), he was young and gorgeous, and he was that guy.”

He used his prominence to effect social change in New York theatre, arguing for James Earl Jones’s inclusion in the Actors’ Studio (“I said, ‘This guy is a boss actor.’ They said, ‘He’ll never be a star’”), working with James Baldwin to ensure his play Blues for Mister Charlie was staged unexpurgated, and being invited by Baldwin to attend a meeting with Robert Kennedy about integration, leading to Torn being officially listed by the FBI as a “prominent Negro”.

By the time Torn appeared in Richard Brooks’s 1961 movie of Sweet Bird he had a healthy resume in television, as well as decent parts in Lewis Milestone’s Pork Chop Hill (1959) and, as Judas, in Nicholas Ray’s King of Kings (1961). His casting as the sleazy gambler Slade in Sam Peckinpah’s The Cincinnati Kid (1965) might have continued that run, had Peckinpah not been fired by the producers for a scene involving Torn and a naked prostitute which they felt bordered on pornographic. 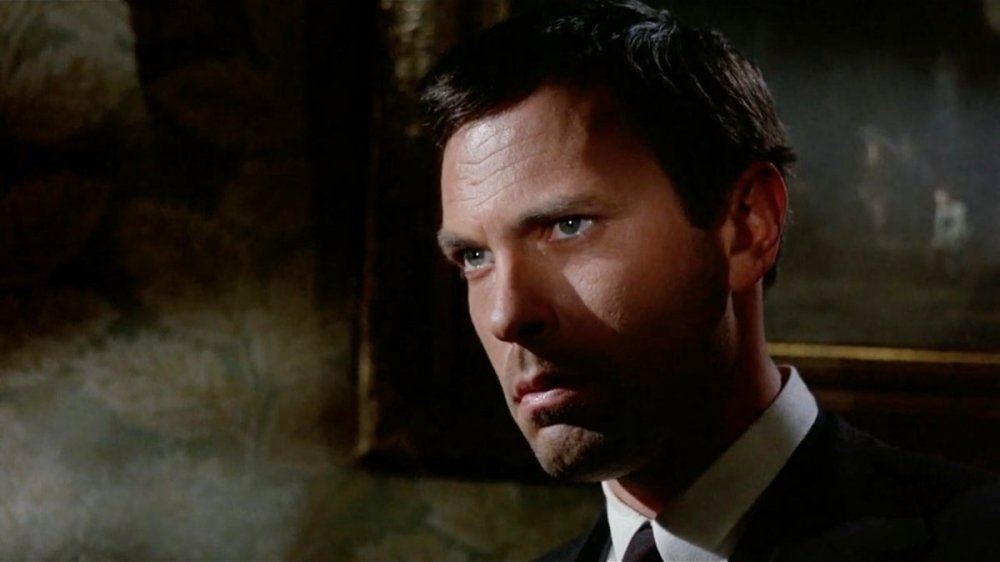 For whatever reasons, Torn’s movie career had peaked for the time being. Michael Zwerin’s 1969 Village Voice profile of the actor hints at possible reasons when the author says “a director I called yesterday refused to say anything about him except ‘He’s a hostile, paranoid bastard,’ and hung up.” Years previously, when Terry Southern, one of many writers brought in to ‘punch up’ The Cincinnati Kid, suggested casting Torn, one of the producers smiled and said “You don’t hire Rip Torn, you hire a Rip Torn type. Here, how about Bob Duvall?”

Things could have been very different. Southern wrote the part of George Hanson, the drunk ACLU lawyer that Jack Nicholson played in Easy Rider (1969), for Torn. The opportunity foundered when there was an altercation between the film’s director Dennis Hopper and Torn, which Hopper widely described as having been escalated by Torn pulling a knife on him. Others, however, said it was Hopper who was the antagonist. Torn attributed it to the fact that he knew the Easy Rider script, despite being co-credited to Fonda and Hopper, was 100 per cent Southern’s work. Word went round that Torn walked off the movie, a rumour that dogged his later career.

In any case, Torn says he would not have been able to take the Easy Rider role as he’d been hired by Norman Mailer to play Mailer’s brother in his improvised experiment Maidstone (1970), filmed by D.A. Pennebaker’s documentary team over a drug- and alcohol-fuelled few days on the grounds of various mansions.

This film, too, added to the legend of Torn as out-of-control and violent, when an improvisation – defended by Torn as in keeping with his discussions about the role with Mailer – caused Torn to surprise his co-star and director, assaulting him with a small hammer. The footage is probably the most widely viewed item of Mailer’s directorial career, and is weirdly riveting. Torn’s absolute commitment to the role is not matched by Mailer’s, and the two-hander becomes a macho stand-off, ended by Torn when – to calm one of Mailer’s children who’s crying in fright – he says, “It was just a scene in your daddy’s Hollywood whorehouse movie.” 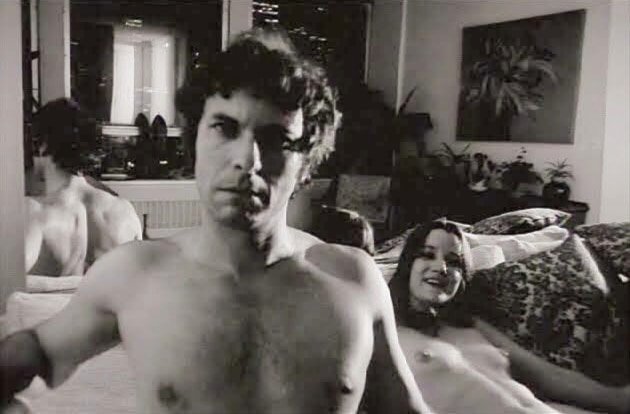 Even in the late 1960s this kind of behaviour didn’t make producers feel comfortable. Torn, for his part, seemed to have little interest in the mainstream, and found his niche directing counterculture theatre like Michael McClure’s The Beard and starring in Milton Moses Ginsberg’s extraordinary psychosexual experiment Coming Apart (1970) as a psychiatrist having a breakdown who covertly films his sessions with female patients and his sexual encounters. Filmed from one static camera angle and clearly influenced by 1967’s David Holzman’s Diary, the film nevertheless has a powerful momentum of its own, and looks forward to sex, lies and videotape in its confrontational cocktail of toxic masculinity, voyeurism and visual experimentation.

Finding himself without decent offers from Hollywood, Torn returned to television, but McClure had introduced him to the novelist and screenwriter Don Carpenter, who crafted for him what would be one of his greatest and most memorable roles, in the underrated Payday (1973) as semi-successful country singer Maury Dann, whose nihilistic philosophy, as outlined to a young woman he wants to screw, is: “You only pass this way once – why not do it in a Cadillac?” 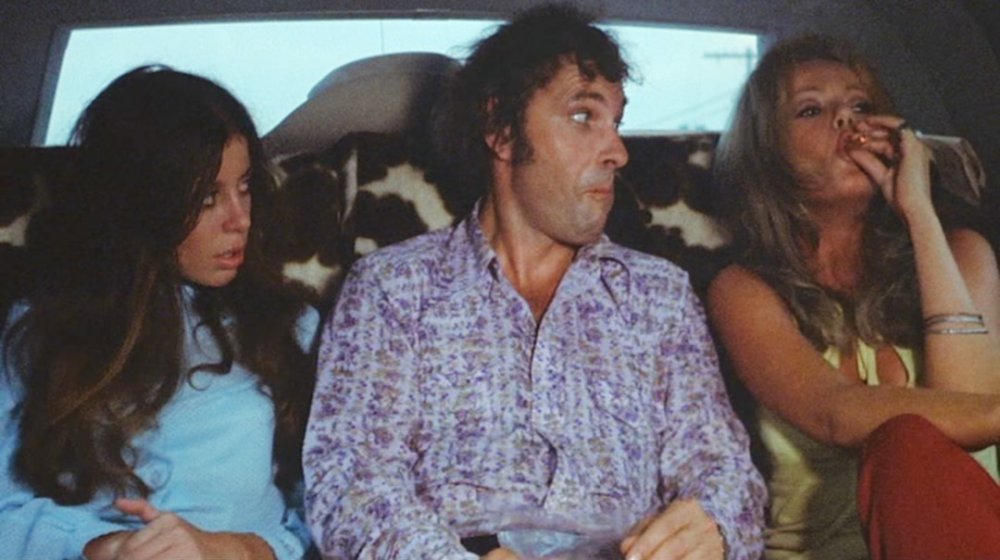 Terry Southern, among others, loved the movie and assured Torn it was bound to be a hit. “I wouldn’t bet on it, kid,” Torn said, paraphrasing Dylan. “They keep it all hid.” He was right, the film did nothing, and is even now only easily available on YouTube or imported US DVD.

There were many small roles as villains in films such as Coma (1977) and The Beastmaster (1982), and one as Richard Nixon in the TV series Blind Ambition (1979), during the next couple of decades, characterised by Torn as a time “when I (was) eighty-sixed from films, television and Broadway”. There was also one very memorable cameo as the libidinous college professor Nathan Bryce in Nic Roeg’s The Man Who Fell to Earth (1976), whose montage sequence of sexual encounters harked back to Coming Apart. Torn’s career, however, did not seem to have direction or momentum at this point and his marriage to Geraldine Page also fell apart when he became involved with actress Amy Wright (Wise Blood, Inside Moves).

His reputation, too, was badly damaged, something he railed against in interviews. “I’ve never walked off any job, and I’ve never missed a performance on stage. I can’t. If I do, the stories begin all over again. At one point, I was doing a play and… I was passing a kidney stone, and you know how painful that can be… I knew I couldn’t bow out. I knew that if I did, they’d say, ‘Oh, my God, there goes Torn again, up to his usual.’” 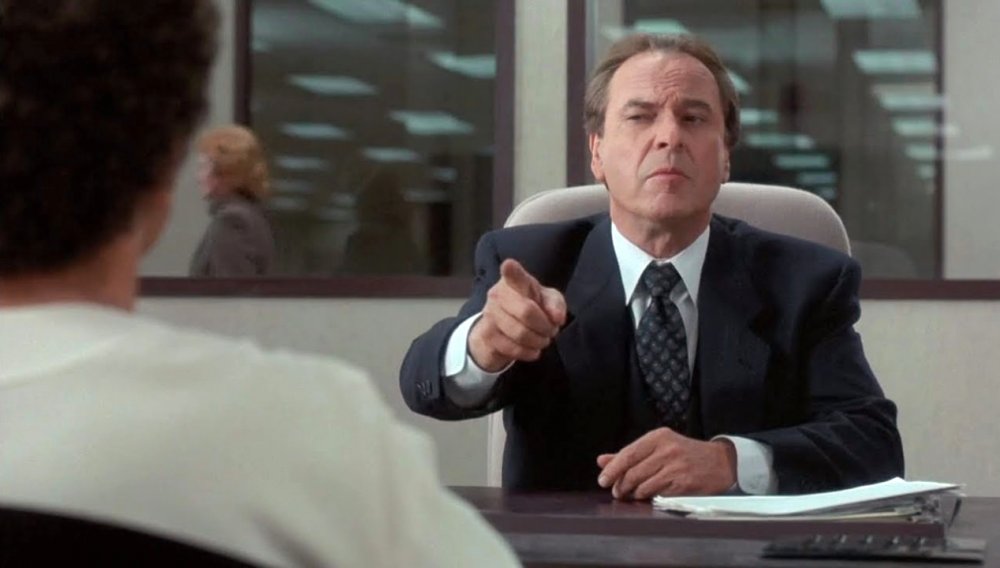 As Bob Diamond in Defending Your Life (1991)

A late career comeback did not seem to be on the cards, but when Albert Brooks cast Torn as a charmingly sleazy lawyer in the afterlife in Defending Your Life (1991), it led to the role that would define him for a generation as Larry Sanders’ producer Artie. The role was originally to be played straight but Torn ate it up, creating a larger than life character whose appetite for alcohol, sex and confrontation hinted at Torn’s own proclivities.

Just as success struck, Hopper repeated the old story about Torn pulling a knife on him, this time on the Tonight show. Now Torn sued Hopper for close to $1 million and won. It was a belated, but deserved, victory. 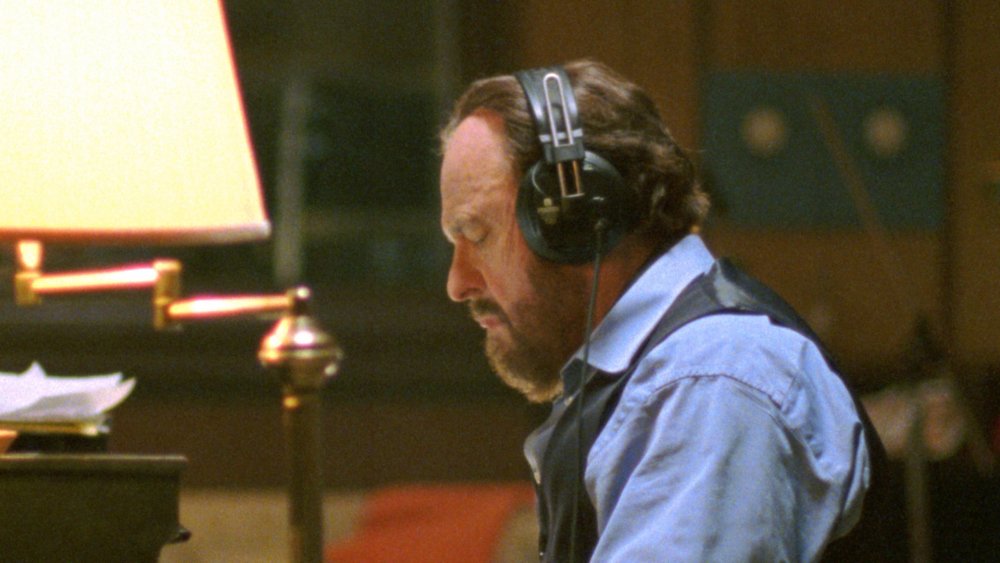 There was one last great movie performance: in Ira Sachs’ Forty Shades of Blue (2004) he played an ageing record producer (modelled on Sam Phillips of Memphis’s Sun Records) whose younger trophy wife embarks on an affair with his son. Showing a delicate, vulnerable side that had previously gone unseen, Torn is marvellous but, in keeping with his career, the film went largely unseen compared to the numbers who saw Men in Black.

Struggles with alcohol blighted his later years, preventing him from reprising the role in the MIB sequels, and there were no more great parts to play. But his place in film, theatre and television history was by then secure. As Don Siegel, who directed him in the perhaps aptly named Jinxed! (1982), said: “He’s a great actor, and, more important, he’s a real person. I mean that. You deal with Rip and you know you’ve met somebody.”