Michel Legrand obituary: an exceptional film composer with an ear for a hit

From the French New Wave to Hollywood classics, Legrand’s scores combined sophistication and the experimental ambition of jazz, creating some of the most memorable music in the movies, including The Umbrellas of Cherbourg and The Thomas Crown Affair. 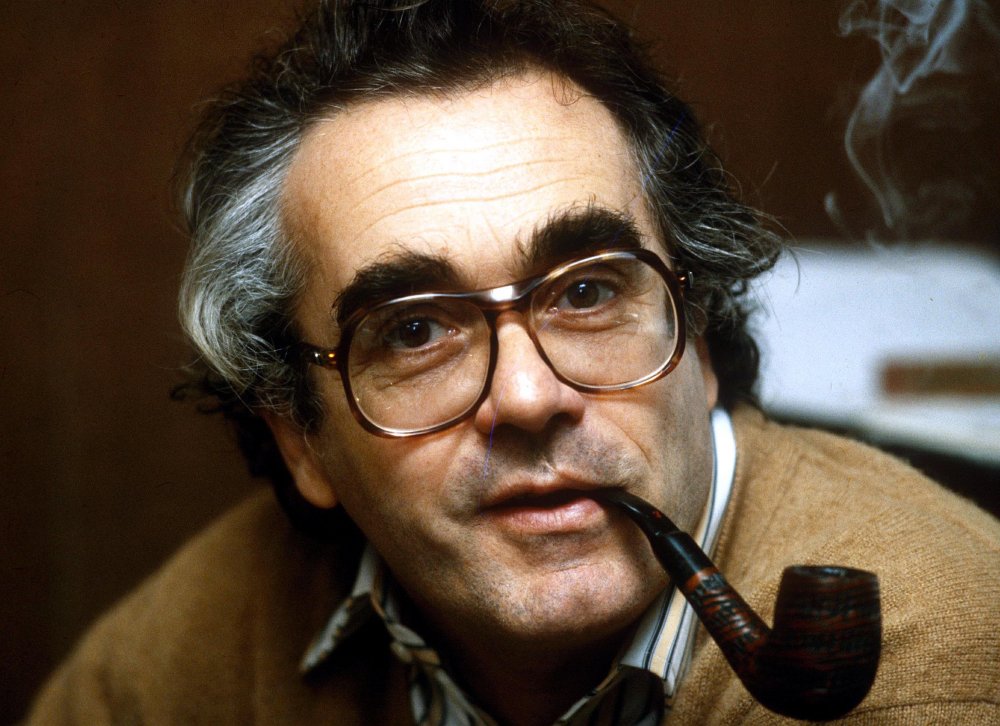 Michel Legrand, who has died aged 86, composed over 250 scores for film and TV, involved himself in theatre, ballet, opera, numerous collaborations with artists from Maurice Chevalier to Bill Evans to Barbra Streisand to (most famously) the young Turks of the nouvelle vague, and yet eclipsed all of that with one unique and particular gift – he could craft a standard.

Not just one, either. Legrand has a clutch of songs to his name that would do justice to any Tin Pan Alley songsmith, and that will outlast their creator just as surely as many of them have outlasted the memory of the films for which they were written – from the central theme of Jacques Demy’s The Umbrellas of Cherbourg (1964; launched in English as I Will Wait for You) through The Thomas Crown Affair’s The Windmills of Your Mind (1968) to the themes to Robert Mulligan’s Summer of ’42 and Joseph Losey’s The Go-Between (both 1971). Then there were the hits written with lyricists Alan and Marilyn Bergman, such as What Are You Doing for the Rest of Your Life for Richard Brooks’s 1969 The Happy Ending (think you don’t know it? Have a listen, you’ll be surprised), and Yentl’s Papa, Can You Hear Me? and The Way He Makes Me Fee (1984).

Legrand was a voracious consumer and producer of music, sitting at the centre of a cultural Venn diagram which included the worlds of jazz, avant-garde classical music, film music, cabaret and big band, with a broad knowledge of idiomatic French balladry and an innate ability to turn a tune into an earworm on first listen. His own particular style was lush, wistful, impeccably orchestrated and conducted with tiny jazz-oriented twists and turns within a song that gave a piquancy to his melodies. And his ability to turn his hand authentically to all these musical styles grew from a phenomenal and hard-earned musicianship.

He attended the Paris Conservatoire at the age of ten (in, ironically, the summer of 1942), winning many of its most distinguished prizes and boasting among his teachers the legendary Nadia Boulanger, who also taught, at one time or another, Aaron Copland, Philip Glass and Quincy Jones. Legrand later said of her, “I hated her sometimes because she was so demanding, but she was extraordinary. She made me.”

He would have immersed himself in contemporary French classical music, were it not for a 1947 Paris concert by Dizzy Gillespie, which completely rewrote the young Legrand’s head. By the age of 17 he was a fine jazz pianist with a terrific grasp of musical theory, and the 50s international craze for French chanson brought him on to the world stage with an album of Parisian melodies called I Love Paris. Maurice Chevalier hired him as his musical director and he was on his way to the US. By 1960 he had created the album Legrand Jazz in New York with Bill Evans, John Coltrane, Ben Webster and Miles Davis, and had returned to Paris where Jean-Luc Godard and Jacques Demy were waiting for him.

An uncanny ability to straddle contrasting worlds of lush sound, bebop jazz and hardcore emotional balladry were just what the New Wave needed. Legrand matched the aspirations of his directorial contemporaries in terms of a love of cinematic tropes and a desire to spin them anew in very French forms: The Umbrellas of Cherbourg was a movie musical for an entirely new generation in the same way that the later Absolute Beginners (soundtracked by Gil Evans) was intended as punk subversion.

Demy evidently charged Legrand with writing a main theme that would make the audience cry, and boy did he. The sheer heartbreak of the central themes allied to Legrand’s keening music made for a deep emotional catharsis, but let’s not forget his clever setting of quotidian dialogue: every exchange has its melody, every twist of plot has its marker. It takes a fine composer indeed to give us a non-stop score that embraces entire worlds without letting its audience off the hook, and still sound natural.

If there is a ‘peak Legrand’, it must be the high-end romances and lush, glamorous travelogue dramas of Hollywood’s dying 60s/70s mainstream – the sweeping strings often supporting single melody lines on piano or woodwind which lent not only an emotional heart but a rich sophistication to some less than sophisticated movies. 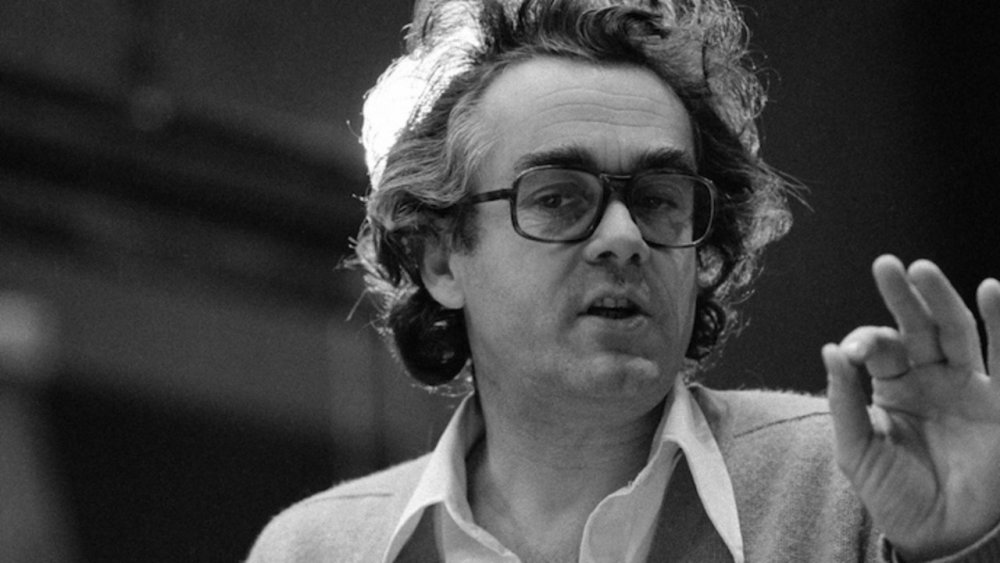 When the material was worth his weight in gold, though, the results were stunning. So strong was Legrand’s scoring of The Thomas Crown Affair’s love sequence – the slow burn of a jazz-infused piano-harp entry, developed with twinkling percussion and sliding string motifs into a full-blown sexual encounter played out in music – that Norman Jewison ended up cutting the sequence to it. Plucked strings and harpsichord become the sound of the protagonists’ fingers touching each other, rather than the polished chess-pieces between them. The whole movie rides on Legrand’s sophistication, creating an entire new sub-genre of the caper movie.

The secret of Legrand’s scoring is, I think, his ability to take us along a melody line and spin us gently round it with a jazz-infused chord change. Where the chord sequence glides through ninths and thirteenths, you can hear Evans and Davis; where the melody jars unexpectedly only to resolve out of left-field, you can hear Jacques Brel. At times, when a score explodes into a chaos of notes only to filter down to another earworm (such as in the opening moments of, of all things, Ice Station Zebra), one can hear Boulanger’s high expectations of her brilliant student. And all of these came together in, for me, the finest score he ever wrote.

He wasn’t Joseph Losey’s first choice for The Go-Between, despite the director’s sudden interest in contemporary jazz – he had hired trumpeter Don Cherry to work on some musical ideas. Richard Rodney Bennett was the first choice, but he attempted to give Losey a dark, bucolic, serialist score full of tension and in a contemporary classical mode. The studio hated it and demanded a hit tune. Legrand’s simple knife-slash of downward descending notes nailed the mise-en-scène with stunning immediacy – on first hearing it appears to be simply piano and strings, but mixed with the piano melody is another sound, like the twang of John Barry’s cimbalom in The Ipcress File. His score is doom-filled, ancient and completely unforgettable from the title sequence onward. 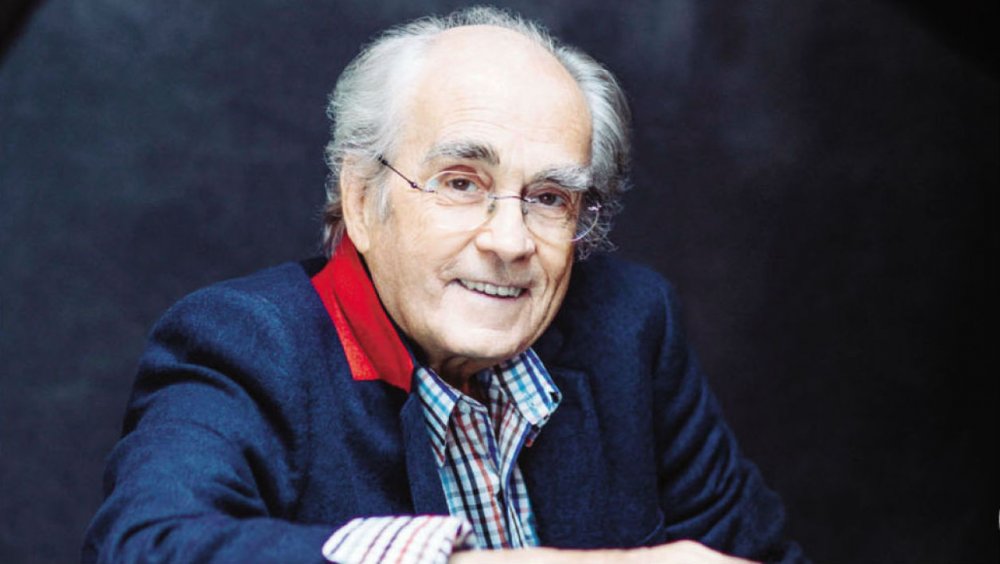 If one were being picky, one could accuse Legrand of cladding some of his movies from the outside with lush finery, rather than scoring from the inside out. But with The Go-Between he is deep inside Hartley’s rural tragedy, and the score allows us to feel Leo’s disillusionment with a child’s still-forming emotional scarring – thus making an already powerful film so much more so.

In the last years of his life he was still scoring film, most notably Orson Welles’s posthumous The Other Side of the Wind (he had scored F for Fake in 1973), describing his score as “somewhere between a fugue, a swing-jazz trio, the influence of the Second Viennese School [including such 20th-century modernists as Arnold Schoenberg] and a piano duo where one is jazz and the other classical.”

By the time of his death Michel Legrand had racked up three Oscars, sold millions of hit records and worked with most of the great musicians of the 20th century. And he has left an enormous body of work that any composer, jazz, classical, film or ballad, would envy.

Related to Michel Legrand obituary: an exceptional film composer with an ear for a hit