Max von Sydow obituary: Swedish star whose filmography sets him among the immortals

The actor who came to prominence dicing with Death himself in Ingmar Bergman’s The Seventh Seal had a phenomenally prolific career both in his native Sweden and abroad, energising both arthouse and blockbuster cinema with his inimitable presence. 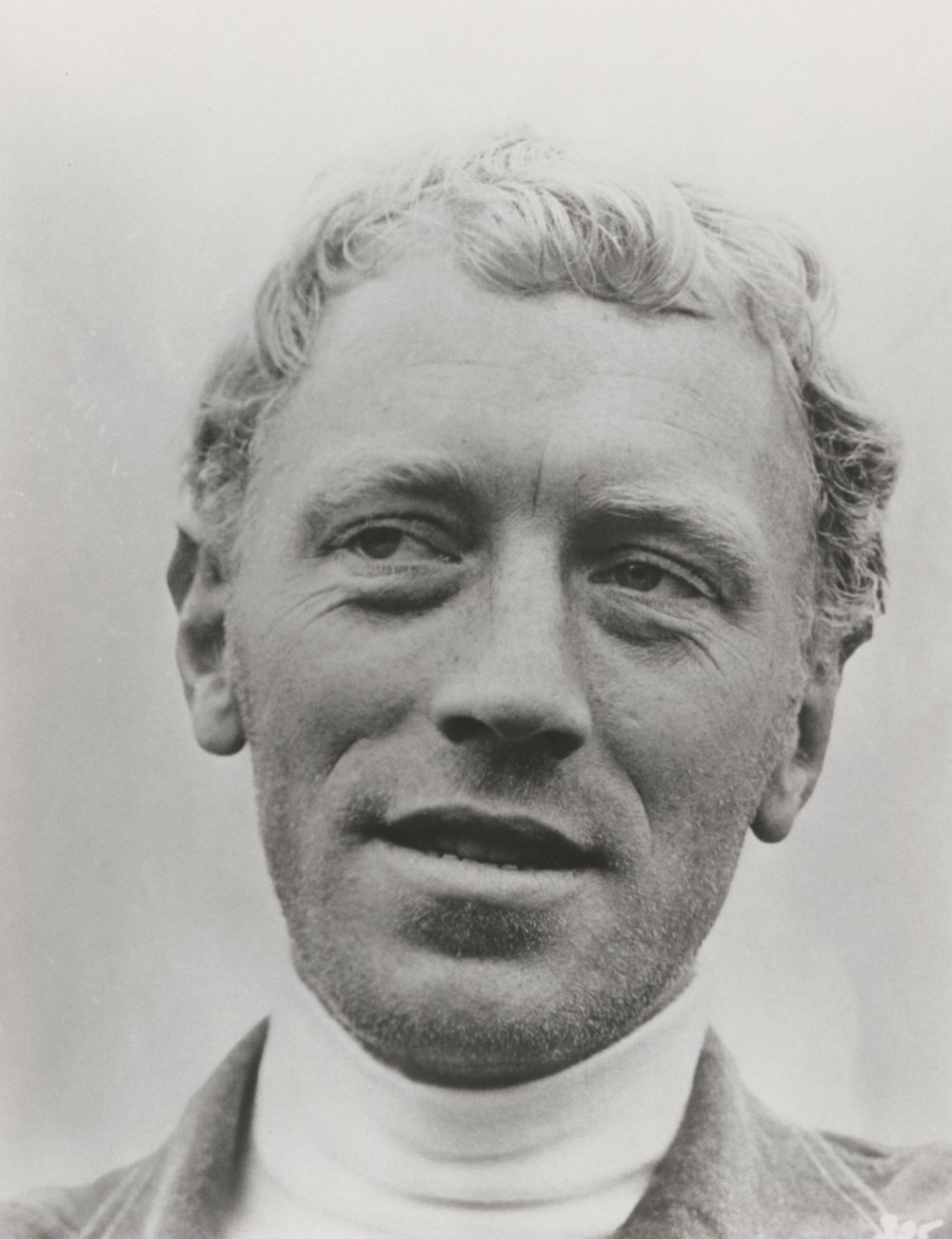 Appropriately, the first indelible impression that Max von Sydow made on world cinema saw him surrounded by jagged rocks while staring death in the face. Only in his late 20s when he starred in Ingmar Bergman’s The Seventh Seal (1956), he already gave the impression of a man who’d witnessed a lifetime of anguish, to the point that when actually confronted by Death (Bengt Ekerot), his gaunt, Crusades-weary knight Antonius Blok reacts with a disarmingly calm “Are you coming for me?” before challenging the white-faced spectre to a game of chess.

Death finally claimed von Sydow on 8 March 2020, but only after he amassed a filmography that set him among the immortals. This would be true even if he’d never worked outside his native Sweden; indeed, even if he’d exclusively worked with Bergman we’d still have his mesmerist Albert Vogler in The Face (1958); distraught fathers dealing with different types of bereavement in Virgin Spring (1960) and Through a Glass Darkly (1961); men driven to existential crisis through fear of atomic warfare in Winter Light (1962) or trying to remain neutral in the face of societal breakdown in Shame (1968); the tormented painter in Hour of the Wolf (1968), and equally troubled lovers/husbands in The Passion of Anna (1969) and The Touch (1970). Bergman wrote the part of the cruel bishop in Fanny and Alexander (1982) specifically for him, but the part went to Jan Malmsjö after a dispute over von Sydow’s fee, something the actor later admitted he’d misjudged. 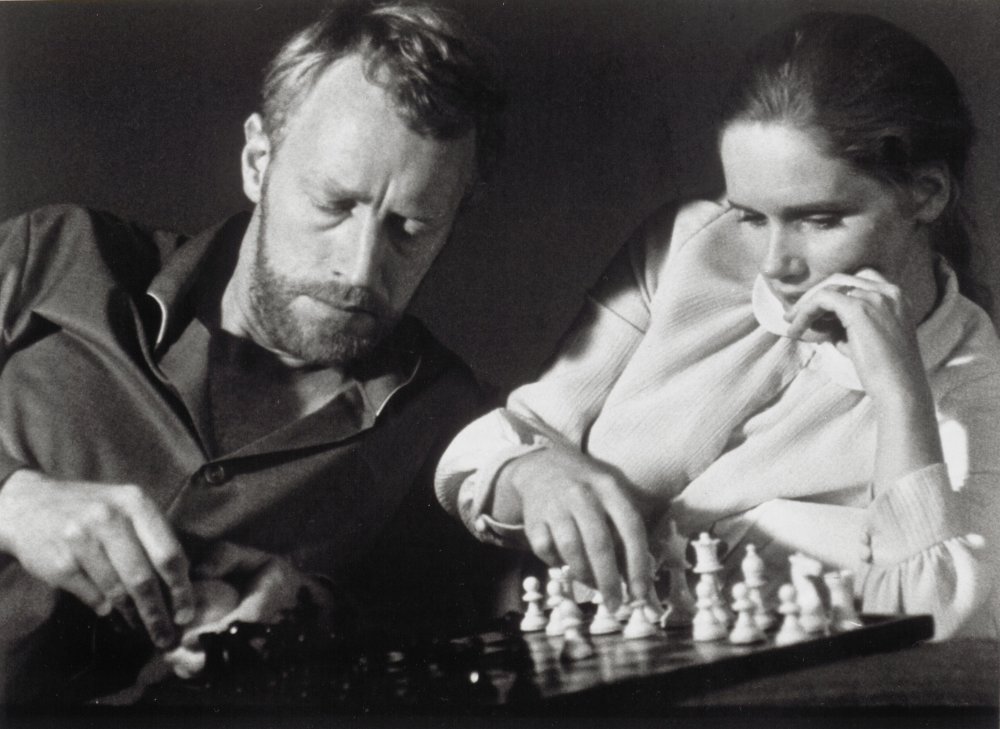 With Liv Ullmann in A Passion

Von Sydow also had lengthy creative partnerships with Jan Troell and Bille August. For the former, he was the paterfamilias emigrating to Minnesota in the two-part epic The Emigrants/The New Land (1971/72) and Norwegian novelist Knut Hamsun in Hamsun (1995); for the latter, his personal favourite role, the poor migrant farmer Lasse Karlsson who is the father of Pelle the Conqueror (1987), while in the Bergman-scripted The Best Intentions (1992) he played his mentor’s maternal grandfather.

So content was he with his Swedish career (which also included extensive theatre work) that von Sydow initially resisted blandishments from abroad, refusing the title role in Dr No (1962) and Captain von Trapp in The Sound of Music (1965). He finally succumbed to George Stevens’ offer of the part of Jesus Christ in The Greatest Story Ever Told (1965); nearly 30 years later, he’d make an equally convincing fist of the Devil in the Stephen King adaptation Needful Things (1994). However, when it comes to embodying pure evil, there’s little to touch Ming the Merciless in Flash Gordon (1980), infusing his schlocky dialogue with just the right amount of gravitas. He finally became a Bond villain in Never Say Never Again (1983), although his Blofeld was trumped by his Brewmaster Smith in the same year’s Strange Brew, plotting world domination through the addition of mind-altering drugs to beer. 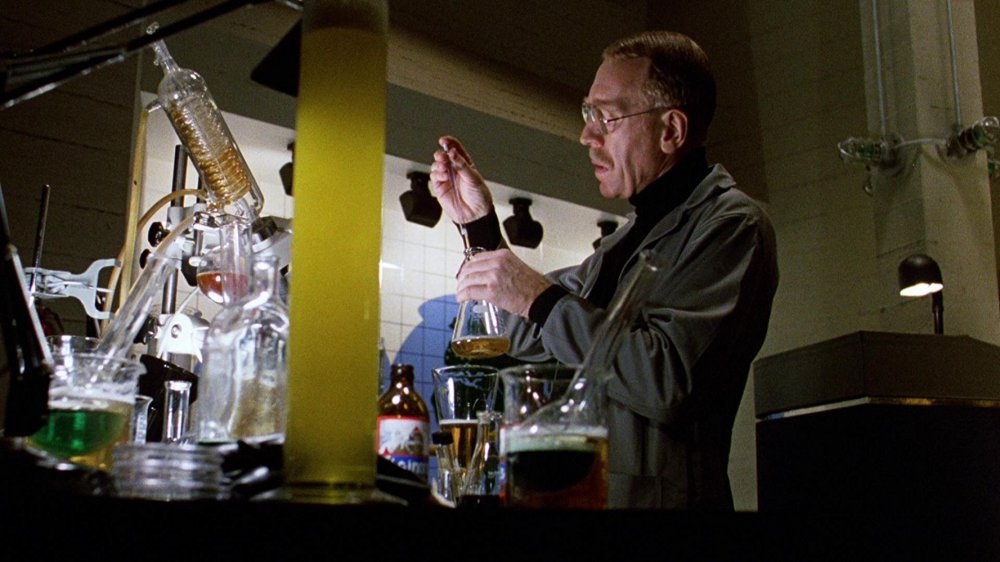 It’s impossible to do his vast filmography anywhere close to justice here, but standouts include the haggard Father Merrin in The Exorcist (1973) and Exorcist II: The Heretic (1977), several decades older than von Sydow’s actual mid-forties; the fedora-toting assassin Joubert in Three Days of the Condor (1975); assorted representatives of Nazi Germany and the Soviet Union in The Quiller Memorandum (1966), The Kremlin Letter (1969) and Escape to Victory (1981); an Italian Supreme Court President in Francesco Rosi’s Illustrious Corpses (1976), expounding a philosophy of justice too abstract for the messiness of the real world. For Steven Spielberg he was Tom Cruise’s malevolent boss in Minority Report (2002), and no less sinister as a psychologist in Martin Scorsese’s Shutter Island (2010).

Von Sydow stamped his authority on a scene so rapidly that many of his most memorable performances lasted mere minutes: his studiedly serious painter Frederick perpetually buffeted by numbing trivia (“Can you imagine the level of a mind that watches wrestling?”) in Woody Allen’s Hannah and Her Sisters (1986); his Australia-based scientist in Wim Wenders’ Until the End of the World (1991), inventor of a method of recording dreams; or his heart-rending turn as the father of the paralysed Jean-Dominique Bauby in Julian Schnabel’s The Diving Bell and the Butterfly (2007). 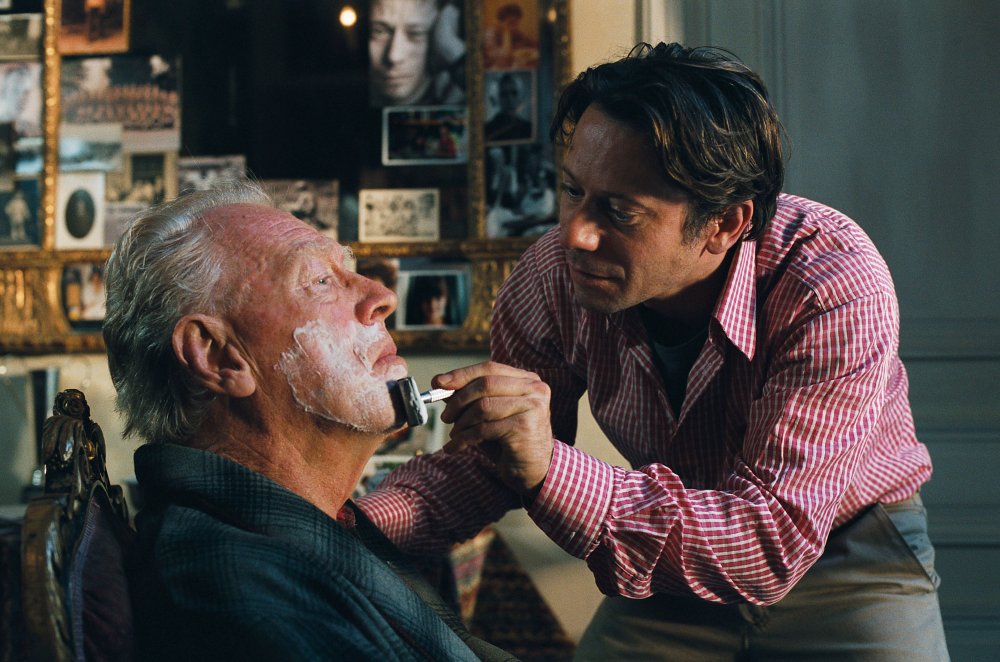 With Mathieu Amalric in The Diving Bell and the Butterfly

In Lars von Trier’s Europa (1991) his voice as the narrator-hypnotist is instantly recognisable from the first syllable, while in Stephen Daldry’s Extremely Loud and Incredibly Close (2011), he doesn’t speak at all. Late appearances in Star Wars: The Force Awakens (2015), three episodes of Game of Thrones (2016) and assorted videogames kept him firmly in the public eye right up to the final curtain. His swansong was as a Russian admiral in Thomas Vinterberg’s Kursk (2018), appropriately subtitled The Last Mission for its UK release.

Born Carl Adolf von Sydow in Lund on 10 April 1929, the son of a distinguished professor of folklore, he seemed destined for academia or the law until an epiphanic performance of A Midsummer Night’s Dream that he saw in his mid-teens propelled him into the Stockholm Royal Dramatic Theatre’s Acting Academy. Unlike the tortured artists and visionaries that he so often played, von Sydow in person took a thoroughly professional approach to his craft, his dry wit between takes enlivening many a shoot. He was equally pragmatic about the roles he accepted: if most English-language parts didn’t exactly stretch him, they’d subsidise more adventurous European projects. Fluent in Swedish, Danish, English, French and Italian, all of which he used professionally, in later years he became a French citizen, living in Provence with his second wife, documentary producer Catherine Brelet, at the time of his death. 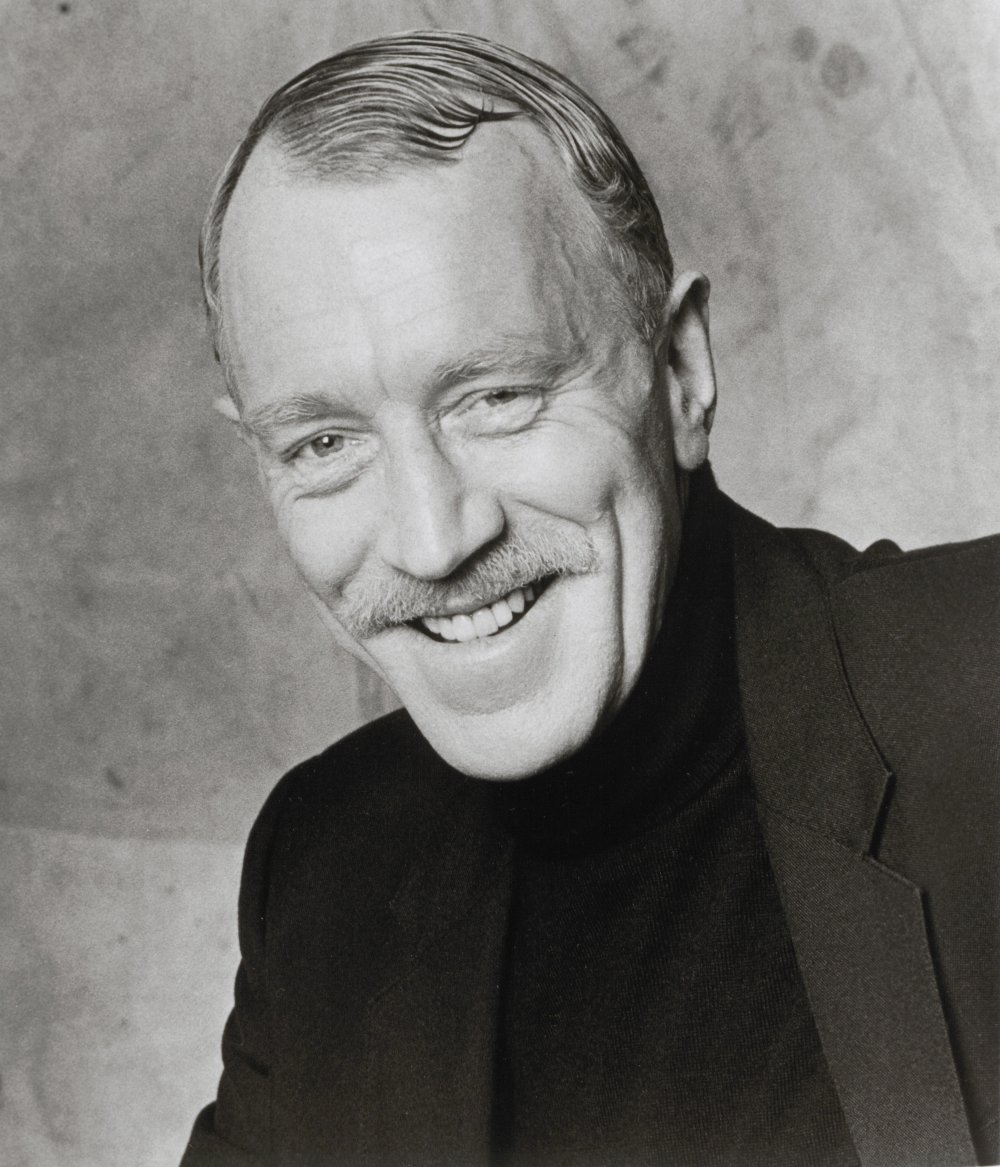 Related to Max von Sydow obituary: Swedish star whose filmography sets him among the immortals