William Peter Blatty obituary: The Exorcist writer was on the side of the angels

Mark Kermode remembers the writer of both the funniest Inspector Clouseau film and ‘the greatest film ever made’, a mesmerising novelist turned filmmaker whose investigations of faith and evil across The Exorcist, The Ninth Configuration and The Exorcist III (aka Legion) were testament to his belief in an afterlife. 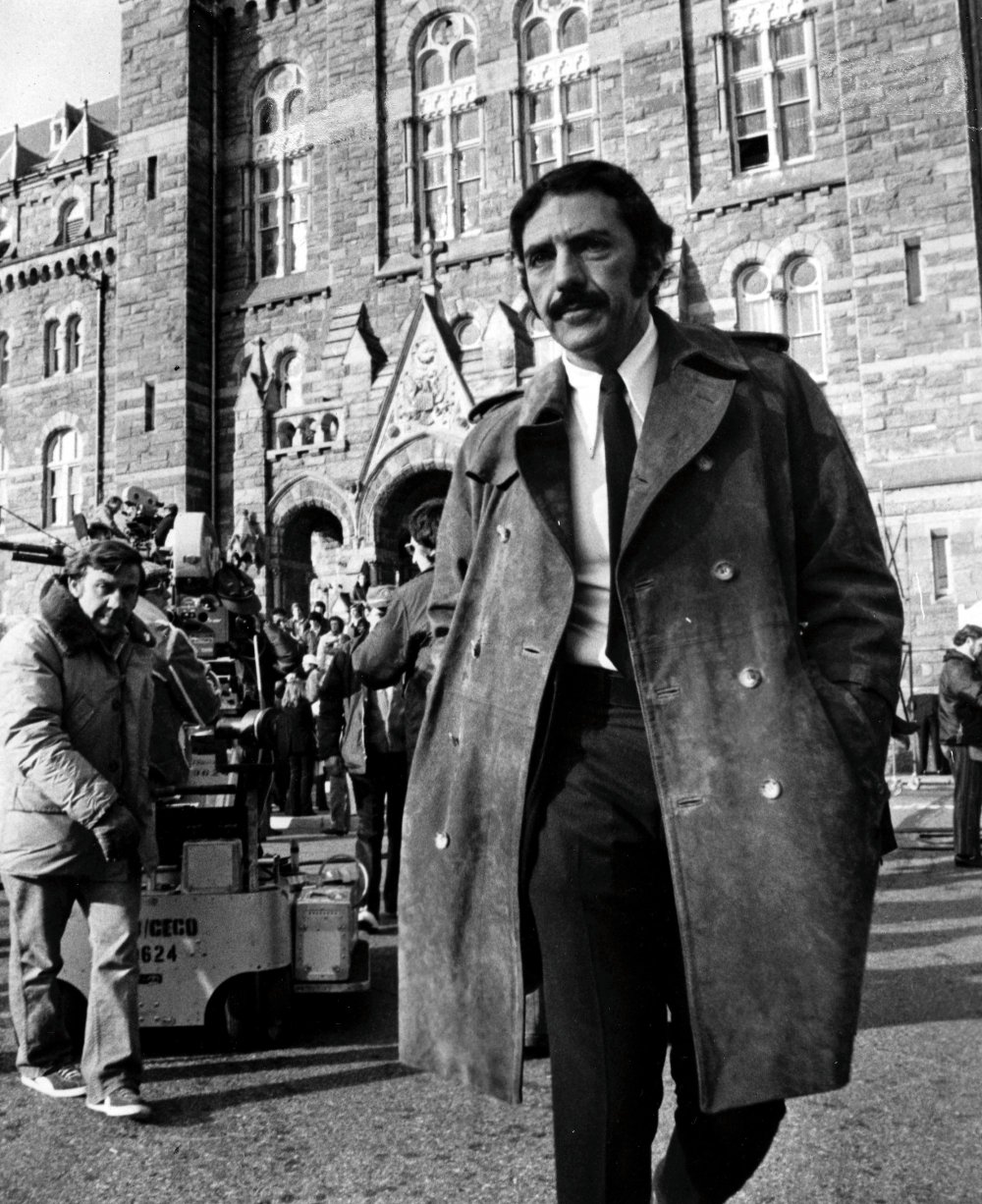 They say you should never meet your heroes, for fear that they may disappoint you. William Peter Blatty, the author and Oscar-winning screenwriter behind the 1973 film of The Exorcist (which I hold to be the greatest movie ever made) did no such thing. He amazed, delighted, entertained and inspired me. More than that, he befriended me – being kind, patient and supportive even when my endless questions about his most famous work must surely have made him want to scream. Instead, he laughed.

Long before I saw William Friedkin’s electrifying film of The Exorcist, I had read, and been captivated by, Blatty’s 1971 novel. My very first visit to the BFI was to read his original screenplay, a published copy of which was held in their library, then located on Charing Cross Road. For years, I carried around a battered paperback of Blatty’s 1966 oddity Twinkle, Twinkle, “Killer” Kane, memorising its dialogue, contemplating its theological conundrums. Later, collectable hardback editions of the autobiographical I’ll Tell Them I Remember You (1973) and the mesmerising Legion (1983) became permanent fixtures on my bookshelf.

When I first met Blatty in 1990, on the eve of the UK release of The Exorcist III, which he wrote and directed, he was warm and welcoming. But he became particularly enthused when our conversation moved on to The Ninth Configuration (1980), an expansion of Twinkle, Twinkle, “Killer” Kane, first published as a novel in 1978, which he subsequently wrote and directed for the screen. A surreal tragi-comic tale of a top-secret asylum in which inmates argue about the existence of God, The Ninth Configuration earned Blatty his second Golden Globe for Best Screenplay. In it were distilled all the recurrent themes of his writing: the mystery of faith, the problem of evil, the persistence of the soul.

The Ninth Configuration (1980), which Blatty adapted and directed from his own novel Twinkle, Twinkle, ‘Killer’ Kane

Over the years, I was privileged to work with Blatty on a number of projects: from interviewing him for the 1998 television documentary The Fear of God, about the making of The Exorcist, to editing and annotating his published screenplays for Legion/The Exorcist III and The Ninth Configuration, and recording commentary tracks for DVD and Blu-ray releases. Gradually, I came to view him as friend and confidante, although I remained star-struck by his presence, about which there was something magical and ethereal.

Beyond his steadfast Catholicism (he described The Exorcist as “a 350-page thank you note to the Jesuits”), the most striking thing about Bill Blatty was his sense of humour. I remember the pride with which he showed me a videotape of an early TV appearance, on a 1961 episode of You Bet Your Life with Groucho Marx. He treasured a New York Times review of Twinkle, Twinkle, “Killer” Kane which compared him favourably to S.J. Perelman and asserted that “Nobody can write funnier lines than William Peter Blatty.” Indeed, for the first decade of his screenwriting career, Blatty was known almost solely as a purveyor of comedy, racking up writing credits on films like Blake Edwards’ A Shot in the Dark (1965), the best and funniest of the Inspector Clouseau farces. 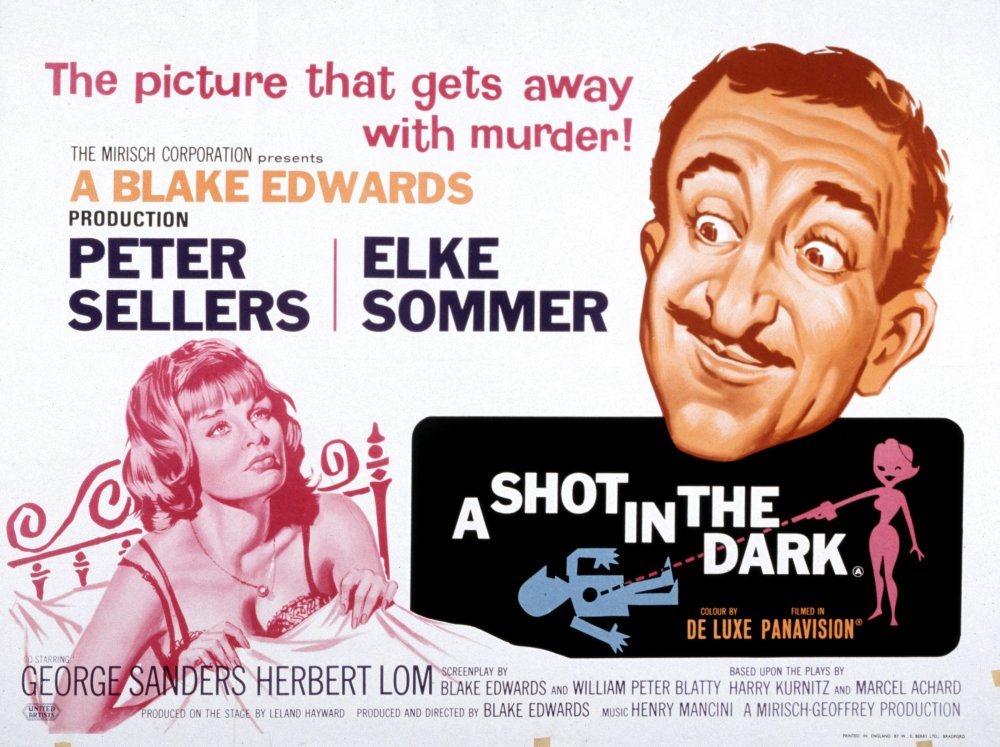 The UK poster for A Shot in the Dark (1964), which Blatty co-scripted with director Blake Edwards

The Exorcist changed all that. Inspired by a 1949 Washington Post story headlined “Priest Frees Mt Rainier Boy Reported Held in Devil’s Grip”, Blatty’s novel and subsequent screenplay located its tale of ancient demonic possession within the solidly secular modern landscape of 1970s Washington DC. The result was terrifying, but also exhilarating, for as Blatty repeatedly pointed out, “If there were demons, then there are angels” – and presumably a life everlasting.

Blatty once told me that he had been driven to write The Exorcist after struggling to come to terms with the death of his mother, and longing for proof that she was not really ‘gone’. His books and screenplays would return compulsively to the theme of the afterlife, and to the existence of a realm beyond this world. His belief in that realm was thrilling and uplifting, and his ability to evoke it through his writing (and later directing) was breathtaking. Indeed, it’s ironic that Blatty should have earned a reputation as a master of ‘horror’, since the underlying message of his work was always one of reassurance that “it all works out at the end of time.”

Blatty in a brief cameo as a film producer in The Exorcist (left); right, as Captain Fromme in The Ninth Configuration

Last year, a new US Blu-ray of The Exorcist III included a partial restoration of Blatty’s first cut of that movie, reconstructed using a patchwork of VHS dailies and deleted footage. Originally entitled Legion, after the book upon which it was based, this version excised the spectacular exorcism upon which the studio insisted. Instead, it relied upon the “creaks and shadows of the mind” to generate its air of otherworldly mystery. Crucially, its central character, Lieutenant Kinderman (played by George C Scott) is a rationalist detective who comes to believe that a string of crimes haunting the streets of Georgetown have an explanation which goes beyond the physical, material world. Like The Exorcist and The Ninth Configuration before it (and books like 2010’s Dimiter after), it is a story about faith – a work of entertainment, yes, but also something more profound.

The Exorcist may have put the fear of God into millions of readers and viewers, but for me (and many others) it is with a sense of joy and reassurance that I will remember Blatty and his work. Thankyou, Bill.

Related to William Peter Blatty obituary: The Exorcist writer was on the side of the angels