Emmanuelle Riva obituary: an actor formidable in love and loss

Bookending her career with unforgettable, implacable performances as the post-atomic lover of Hiroshima Mon Amour and the Alzheimer’s-afflicted partner of Amour, Emmanuelle Riva projected a sharp intelligence and will that made her a rare proto-feminist on the early 1960s French screen. 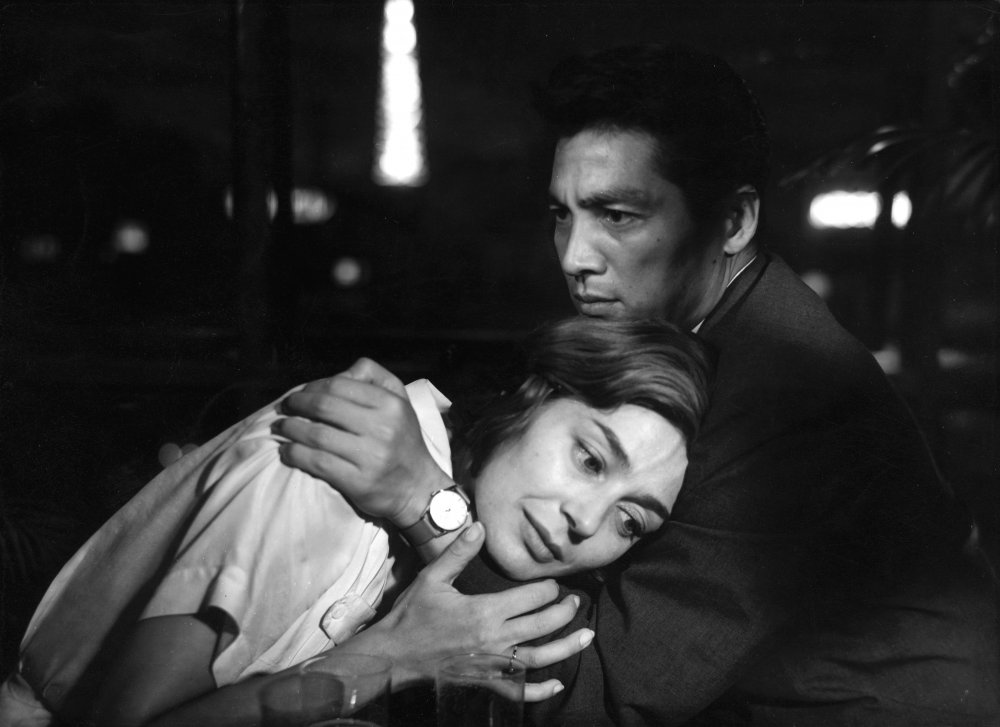 The French actress Emmanuelle Riva (sometimes spelt Emmanuele) had a long and distinguished career on stage and in the cinema, appearing in almost 90 films between 1957 and 2016. Her reputation however is dominated, especially outside France, by two films made five decades apart, Alain Resnais’s Hiroshima mon amour (1959) and Michael Haneke’s Amour (2012). Although this is undoubtedly a reductive view of her trajectory, these films correspond to two high points in both Riva’s filmography and post-war European art cinema.

Born in a modest family in Eastern France, Riva came to film via the theatre (it is said Resnais cast her because he saw her on the poster for a stage play). Hiroshima mon amour, scripted by Nouveau Roman novelist Marguerite Duras, created a critical and political sensation, including at the 1959 Cannes Festival. Particularly novel was its daring juxtaposition of the commemoration of the Hiroshima nuclear bomb with the love affair between a French woman and a German soldier during the occupation of France. Riva’s interpretation of ‘Elle’, an actress who visits Hiroshima to shoot a documentary and has an affair with a Japanese man while reminiscing about her dead German lover, offered the first (and indeed a rare) feminist portrayal of a woman in French New Wave cinema. Riva’s ‘Elle’ combines an unassuming yet forceful expression of intelligence with the assertion of her own desire. Compared to the playful, younger and often more submissive heroines embodied by Jean Seberg, Anna Karina or Bernadette Lafont in other New Wave films, Riva (similar in this to Jeanne Moreau) projected a form of intellectual glamour, but also independence and maturity.

Riva’s more austere type of beauty and minimalist performance style, combined with her melodious voice – a unique blend of lyricism and fragility – set her apart. It is thus no accident that she starred in two other important films of the early 1960s that featured distinctly independent women compared to the dominant production of the time. 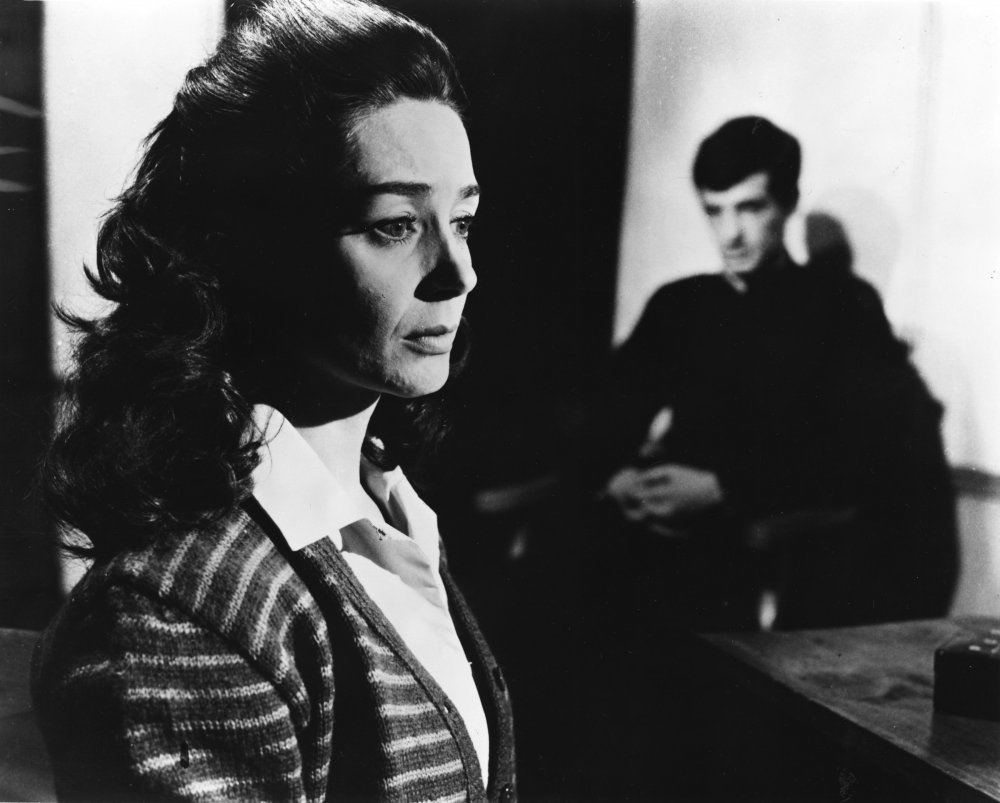 In 1961 she starred in Jean-Pierre Melville’s Léon Morin prêtre, the adaptation of an autobiographical novel by Béatrix Beck set during World War II. She plays Barny, a woman involved in the Resistance, and mother of a young daughter, who dares express her desire for a Catholic priest (Jean-Paul Belmondo).

The following year she incarnated the eponymous heroine of Georges Franju’s Thérèse Desqueyroux (based on François Mauriac’s novel), a woman who resorts to poisoning her husband in order to escape the stifling bonds of her bourgeois family. In both films, she radiates passionate intelligence and desire for freedom. 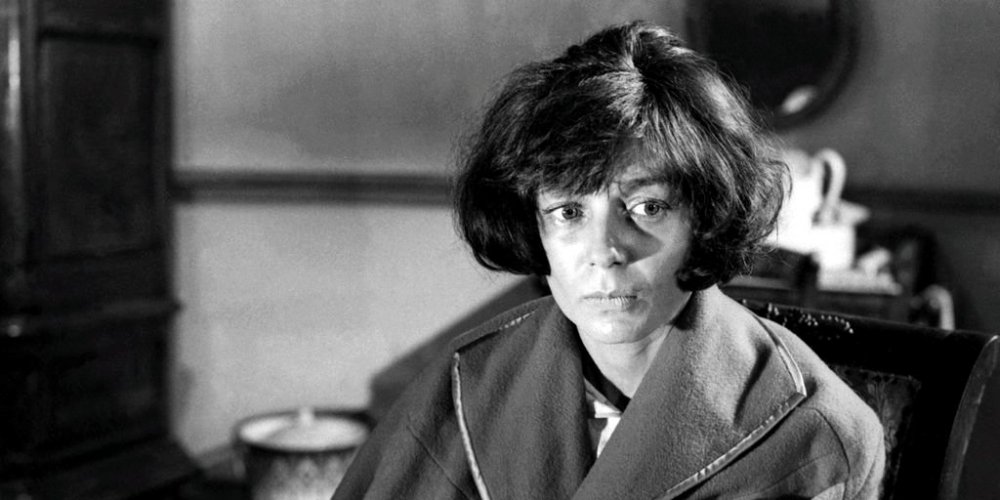 While these films were successful with critics and at the box office, it may be that Riva’s image as a New Wave, art-cinema star prevented her from moving on to wider recognition. Or it could also be that she refused to make compromises; she claimed that “the list [of projects] I’ve turned down is as long as that of those I accepted.”

As a result her film career went quiet from the mid-1960s onwards, though she continued to work on stage. It picked up again in the 1990s, when she appeared in relatively brief but striking roles, often as a mother or aunt. Best-known of these is her part as Juliette Binoche’s mother in Krzysztof Kieslowski’s Three Colours Blue (1993). 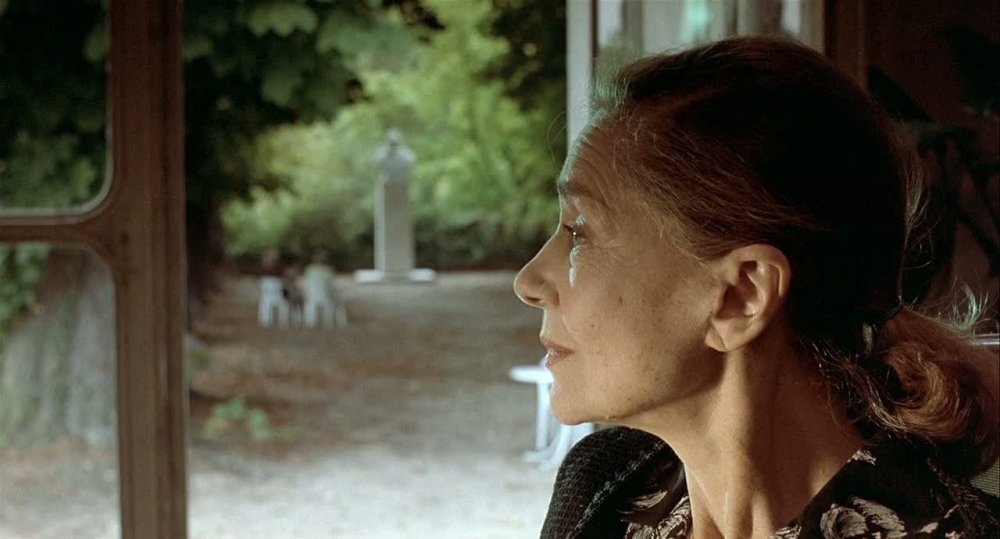 She could have carried on in this vein, but in 2012 she was thrust into the limelight again with her extraordinary performance as Anne in Amour. In this film she plays a former concert pianist who suffers the consequences of two strokes, while being cared for by her husband Georges (Jean-Louis Trintignant). This performance, for which she won an impressive number of awards, was saluted, justifiably, as ‘brave’, ‘breathtaking’ and ‘commanding’. Riva offers the audience an unflinching view of the devastations of old age, made particularly poignant by the contrast with her elegant and cultured image. 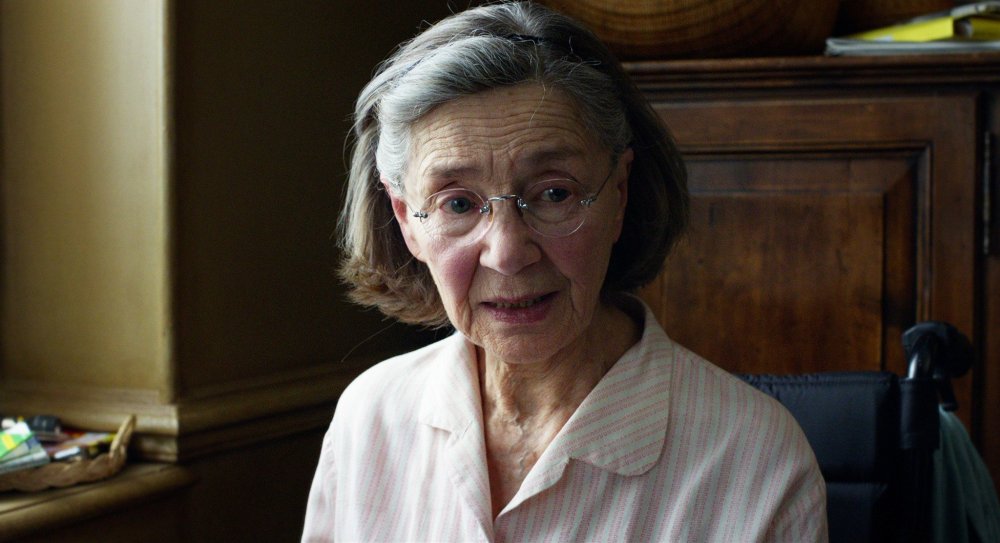 While Riva subsequently appeared in a handful of films, Amour remains a memorable and moving tribute to the beauty and status of the actress through the decades. Although she said, referring to her pickiness when choosing roles, “In my life I’ve chiefly said no,” we can be grateful that in this case she said yes. At the same time, Amour must not obliterate the memory of ‘Elle’, Thérèse and Barny, through which Riva personified a rare vision of audacious and modern femininity in the pre-feminist early 1960s.

Related to Emmanuelle Riva obituary: an actor formidable in love and loss