‘Not really horror’ highlights: the best of FrightFest 2016

Two handfuls of genre boundary-busters at this year’s FrightFest (and beyond…). 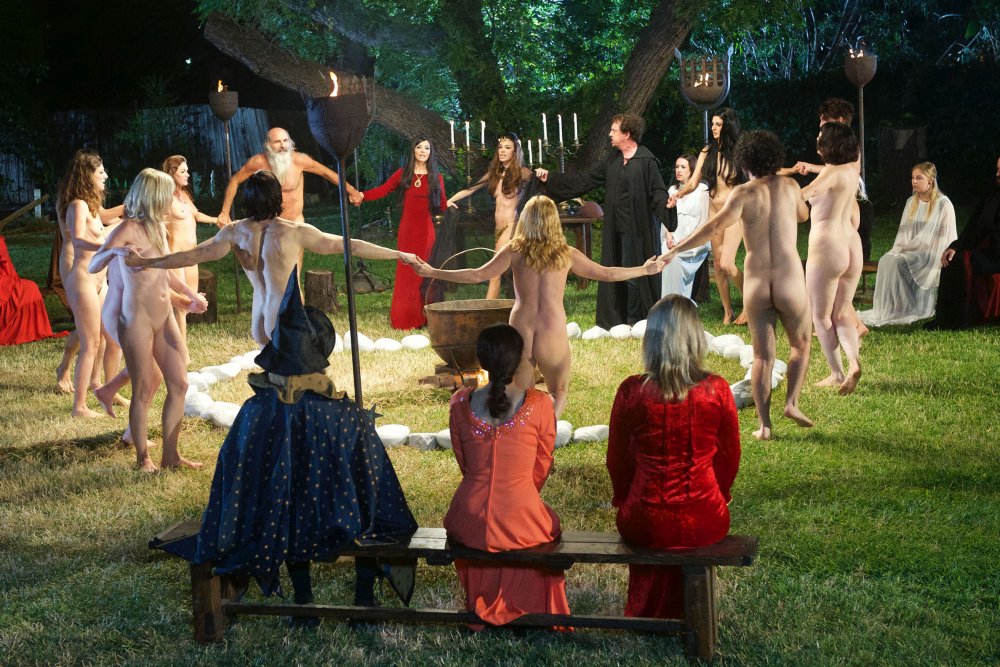 While 2014’s Spring, It Follows and The Babadook had little in common apart from their well-earned success, they found themselves being dismissively labelled by some as ‘not really horror’ – an oft-heard expression used to describe (and degrade) the genre’s unruly outliers and inventive misfits. ‘Not really horror’ involves a ‘no true Scotsman’ fallacy – for in refusing such films admission into the corpus of legitimate horror, the expression also denies the flexibility, inclusivity or fluidity required for the genre to change and evolve over time.

Fortunately, FrightFest takes a very catholic view of horror, embracing its shifting outer boundaries as much as its more conventionalised and codified centre. Here are ten of the festival’s finest feature offerings that alter and expand our perceptions of what the genre can do. 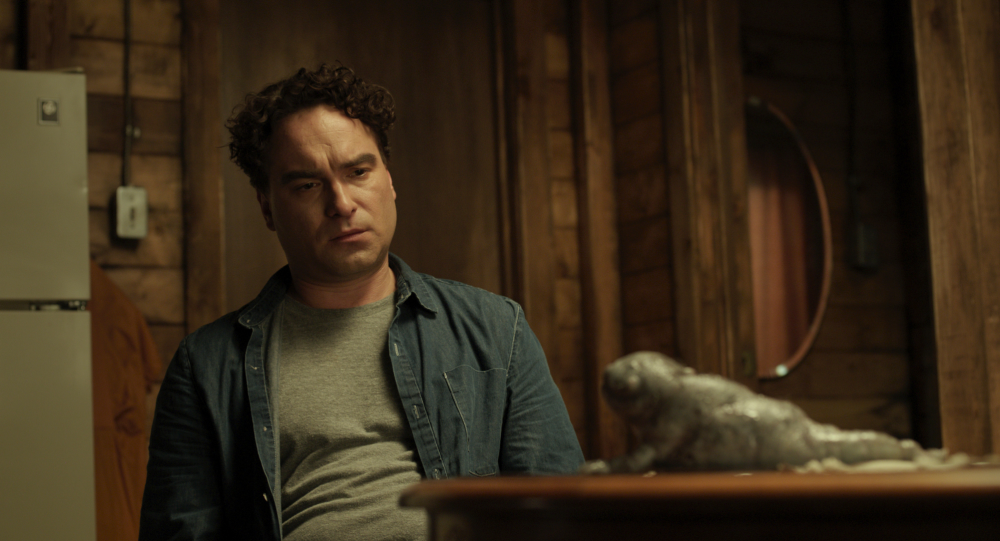 Yet as jilted-at-the-altar Paul (Johnny Galecki) and baby-averse actress Maggie (Anna Friel) sign up for the woodland retreat (with Anjelica Huston and Oliver Platt playing their flakey hosts), the film is more a satire of new age faddism and a gentle character study, with the neonate critters too cute for creepiness and only potentially dangerous. As lost, lonely self-helpers struggle to work out whether their negative feelings should be killed off once and for all, or embraced and even shared, Miller’s screenplay births plenty of emotionally intelligent tragicomedy.

Ghosts are a given in Carson D. Mell’s Another Evil, as artist Dan (Steve Zissis), his wife and son discover their holiday cabin retreat haunted by terrifyingly intrusive entities. One laid-back exorcist suggests that the two trans-dimensional spirits living there are ‘indifferent’, even ‘good’, and should be regarded merely as part of the wallpaper – but Dan, racked with doubt, turns to “industrial-grade” exorcist Os (Mark Proksch) for a second opinion. Os, a nerdy loser undergoing divorce and desperate for human connection, comes with his own personal demons. Convinced that the ghosts are evil and must be removed, he holes himself up with Dan in the cabin to perform a series of intuitive, bizarre rituals over several days.

Writer-director Mell is happy almost to forget the ghosts entirely, instead focusing on the intense, ambiguous bond that develops between these two very different living males, and the psychic energy that is generated from their friction. Beautifully written, funny and awkward, this plays like Patrick Brice and Mark Duplass’s Creep (2014) for ghostbusters, and leaves viewers to unpack for themselves where (if anywhere) the evil promised by the title lies.

When asked at a party about “the alien movie”, Willem insists, “It’s a little more complicated than that.” So it is – for just as the stilted film-within-a-film seems to be exposing the train-wreck of Willem’s personal life and the collapse of his marriage more than any government conspiracy, so too Man Underground itself is far more focused on the alienation of its three central characters than on actual aliens. Indeed, just at the point in Todd’s video where the extra-terrestrial shows up, filming comes to a clunky (and permanent) halt because of the ridiculousness of the alien dummy’s appearance. This study of loneliness, trauma and depression is rather less absurd than their home movie, and more bittersweet.

There is no film in this year’s FrightFest offerings more visually attractive than The Love Witch, from writer-director-producer-editor-composer-designer Anna Biller (Viva). It combines the retro glamour, back projection and technicolour brilliance of 1960s cinema (though the setting is a mannered present), was shot on archaising 35mm, and boasts perhaps the most immaculately applied lipstick and eyeliner of the new century. Yet all this is part of the film’s seductive artifice, fashioned to mesmerise the viewer in much the way that witch protagonist Elaine (Samantha Robinson, in a wonderfully stylised performance) uses makeup, dress and wig to lure male lovers by reflecting their fantasies.

Elaine is a subversive heroine, appropriating conventionally male privileges – assertiveness, control – to emasculate and destroy her partners. Yet she is also a sociopathic narcissist and erotomaniac fantasist – schooled in the very worst aspects of power play by a succession of abusive, exploitative men from her past.

From this contradictory nexus of qualities, and from her conversations with the more realist Trish (Laura Waddell), there emerges a dynamic dialectic on different kinds of feminism. Meanwhile, in another welcome inversion, almost all the male characters are weak, foolish bit players caught in a woman’s game.

One way to set a film at a critical distance from its own genre is to embed it in a hall of mirrors. Adam Rifkin’s ultra-self-referential movie presents itself as Herbert Blount’s Director’s Cut – an altered version of Rifkin’s film-within-a-film Knocked Off (a derivatively cliché-riddled knock-off of police thrillers like Se7en), now radically recut by Blount (Penn Jillette), with the restoration of deleted scenes, some newly shot inserts and a full audio commentary from Blount himself. Blount is the fanboy par excellence – full of satirical insights into the industry whose work he is creatively appropriating, while deeply flawed in his own personality, and prone to creepy stalker-ish behaviour that he never himself recognises.

Like Director’s Cut itself, Knocked Off purports to have been crowd-funded, with Blount’s high-dollar contributions earning him special access to the shoot. His real interest, though, is in lead actress Missi Pyle, for whom he has harboured an obsession ever since he first saw her in Dean Parisot’s Galaxy Quest (1999) – another metamovie. As this fantasist and would-be helmsman gets ever closer to the object of his perverse adoration, his director’s cut becomes a hilarious mix of production observation, movie-making incompetence, and unhinged self-implication into an art that always needs outsider input to renew itself.

Part of the pleasure of watching Isaac Ezban’s The Similars (aka Los Parecidos) is working out to what precisely it bears its similarities. Announcing its artifice from the very outset, it begins on a proverbial dark and stormy night in 1968, with a group of strangers stranded together in a bus station as an endless downpour outside heralds the arrival of something sinister and strange.

Stylisation is everything here, from the teasingly omniscient storyteller’s voiceover to the not quite monochrome of the desaturated colour scheme, and from the shrill melodrama of Edy Lan’s Hermann-esque score to the mannered mobility of Isi Sarfati’s camera (all high angles, sweeping crane shots and dolly zooms in the depot’s large if confined space). If everything feels overtly contrived and manipulated, the question remains in whose game (besides Ezban’s) all these characters are mere pieces.

After carefully building the tension, Ezban plays a series of wildcards, inspired equally by The Twilight Zone, Aphex Twin videos and EC-style comics (like the one that an impressionable young boy is reading in the film). The result is a surreal assimilation of reality to fantasy, wearing its generic influences (sci-fi, noir, horror, pulp) on its face, while also weaving them into the very fabric of it story. It may be concerned with copying, but The Similars is a true original.

Julian T. Pinder is a documentary maker whose previous features have dealt with social-justice issues (Land, 2010) and anti-fracking activism (Trouble in the Peace, 2012) – a background which makes his sudden transformation into a driven, danger-courting cold-case investigator in his latest film (co-directed with Adam Levins) seem just a little improbable.

Drawn to a very unusual murder story by a pseudonymously-written e-mail, Julian retraces the apparently motiveless 2009 killing of three young men in Yellowstone National Park by one Dwayne Nelson, who despite immediately handing himself in and confessing his misdeeds, walked away scot-free thanks to a loophole in America’s constitutional law.

As Pinder doggedly seeks answers, and Nelson himself circles menacingly, what starts as a documentary soon takes on the aspect of a conventional movie thriller. Yet if the story that Pinder pursues seems incredible, nonetheless he uses his experimental form to expose a different kind of truth that is actually very close to his interests as a documentarian.

8. Fury of the Demon

Similarly experimenting with the documentary form is Fabien Delage’s Fury of the Demon (La Rage du Démon) – which is also the title of a film from the very dawn of cinema, whose three public screenings (in 1897, 1939 and 2012) are all reported to have resulted in rage and rioting from their respective audiences. This lost and allegedly dangerous film maudit may not be extant, but in his pursuit of it Delage offers a potted history of Georges Méliès (who liked to introduce his films with the words, “What you are about to see is all smoke and mirrors”), spiritism, early editing, preservation and the chemistry of film – while also highlighting the imaginative power of cinema itself, capable of conjuring reality’s phantoms from fictive montages.

Where many horror films take an ordinary protagonist and expose the monster within, Chris Scheuerman’s elegantly taut Lost Solace does things the other way around. ‘Spence’ (Andrew Jenkins) is an affectless psychopath who serially seduces vulnerable, affluent women and then robs them – except that the film makes Spence, rather than his victims, its focus, so that, as with Mary Harron’s American Psycho (2000), our sympathies are uncomfortably aligned with a repellent antihero.

While wooing his latest mark Azaria (Melissa Roxburgh), Spence becomes involved in her unstable brother’s plot to kill their domineering, equally psychopathic father. Yet just as Spence nears his first act of murder, a recreational drug starts to alter his brain chemistry, confronting Spence with what, for him, is the ultimate horror: everyday emotions and compunctions.

Shifting from cool modernist interiors at night to the harsh light of day, even as its hero goes from mute cypher (Spence’s first line comes 13 minutes in) to a little boy lost who weeps, wails and whines, Lost Solace traces a hallucinatory, panic-inflected descent into humanity, with a killer final line that puts us all in our place.

This year’s standout is Emiliano Rocha Minter’s uncategorisable debut We Are the Flesh (Tenemos la Carne), in which middle-aged loner Mariano (Noé Hernández) recruits two homeless teens – the forward Fauna (María Evoli) and her more repressed brother Lucio (Diego Gamaliel) – to help him transform his dilapidated building into a womb-like theatre of the imagination.

The world that Mariano – and Minter – construct in We Are the Flesh is a controlled microcosm, reducing Mexican society to a place strictly behind closed doors and human nature to its most primal, embryonic incarnation. Make no mistake, this is the cinema of transgression – but even as it parades all manner of deviant depravities concerning the body and the body politic, it also transgresses the normal bounds of the horror genre, graphically engendering an allegory of an individual’s, and a nation’s, awkward rites of passage.