Our editor hangs up his party boots just long enough to tally his diary at the festival’s halfway mark. 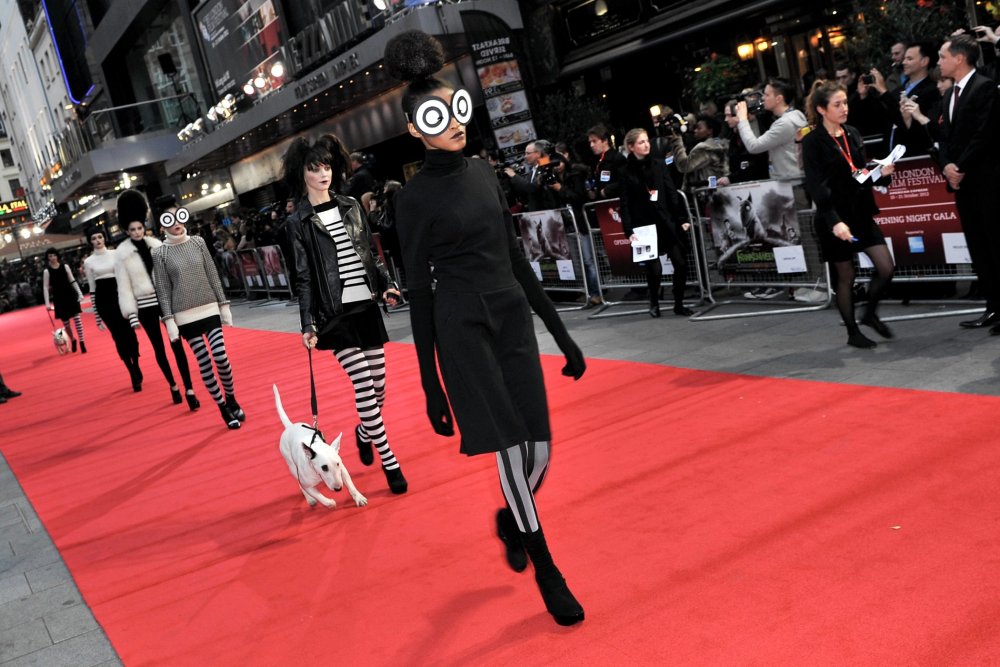 For me the social side of the BFI LFF is about serendipity. I used to chase down every party going but now, whenever I can get away from the S&S desk, prefer to float from screening to event to screening to drinks and see what occurs…

Opening night was a chance to wear my black velvet jacket (gothic is the coming thing at the BFI) and swap small talk with semi-off-duty film folk. Frankenweenie, being an ultra-self-reflexive animation for children, is not much to my taste, but I can see why others love it.

The one paradox that struck me at the after-party is that it seemed to be the women in thin evening dress – who’d complained about the coldness of the East London cellar location – who stayed dancing to the bitter end when the warmer-clad had left. It was a fun night, and great not to be hustled out of the location Cinderella-style at midnight like last year.

During Harvey Weinstein’s hardball years, when he had a reputation for being ultra-aggressive in his dealings, I avoided him. I don’t imagine Sight & Sound was ever the slightest concern in his world, but I didn’t want him to know me, so always politely declined the press lunches he used to throw in Cannes when he was at Miramax. 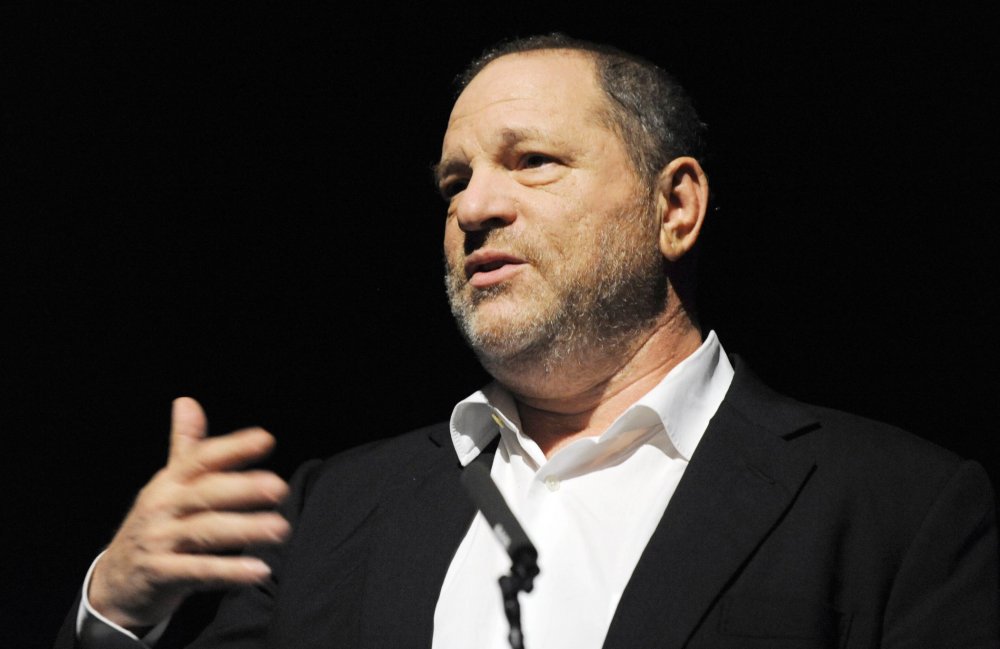 On Thursday I happened to be talking to BFI head  when the latterly more mellow Weinstein arrived for his industry address, so I shook his hand and went into the green room to hear about what he was going to talk about. I was told he had just come off his fifth flight in the last few days, so wondered how he could handle a lengthy speech involving a large number of clips.

Of course, what’s said in a green room stays in a green room, but everything I imagined about how he might work as a politician was confirmed by the way he’d draw me into the conversation. All I can tell you is that he spoke like a great enthusiast for the film medium and that his speech was focused on three issues of import:

It was the third point that informed the barrage of clips – City Girl, She Wore a Yellow Ribbon, Rio Bravo, Paul Thomas Anderson’s forthcoming The Master and many others. But what amused me most was his approach to getting his own daughters to watch black-and-white films: he bribed them, and apparently it worked, the lynchpin being Audrey Hepburn in Roman Holiday.

Next up was our own Gala screening of Cristian Mungiu’s Beyond the Hills. Having spent half the week transcribing a two-year-old Cristi Puiu interview for Aurora, I should have realised I might mix up their names, as unfortunately I did when, slightly flummoxed after seeing the wrong Sight & Sound trailer shown (not that that’s an excuse), I introduced Mungiu to the audience. 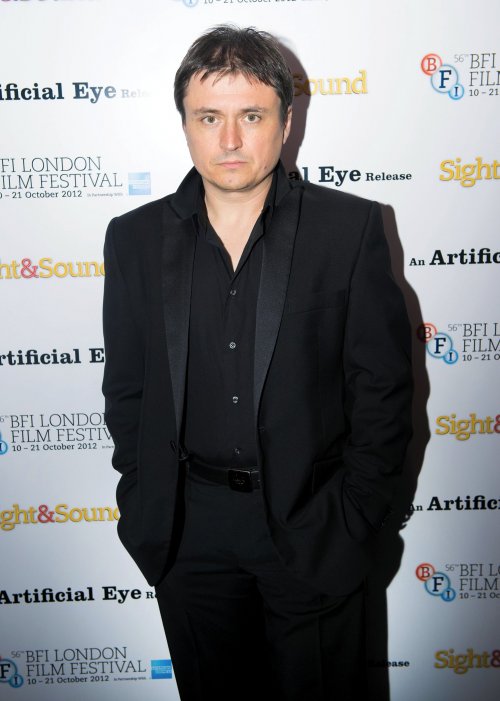 Cristian Mungiu at the S&S gala

Fine man that he is, he was swift to make a joke of it, and at a dinner during the screening – at which Cate Shortland, the director of the excellent end-of-Nazi era drama Lore, was also present – we talked a lot about his attempts to get the Romanian audience to look at the kind of art cinema that gets selected for Cannes. We were joined by Anna-Maria Marinca, the actress who starred in Mungiu’s Four Months, Three Weeks and Two Days and who now lives and works in London.

Mungiu was effortlessly fascinating in the Q&A after the film. I came out of the Curzon Mayfair somewhat dazed; immediately a glass of fizz was presented to me by the ever-lovely Eve Gabereau of Soda Pictures, who asked if I wanted to meet director Ursula Meier and the cast from Sister (one of S&S’s LFF recommendations). I said yes, I loved the film, etc, turned and there was Gillian Anderson. I’d not had time to recall that this most imposing of terrific actors had indeed been in Sister – which mostly focuses on a young boy and his putative teenage sister. Thus I shook her hand and merely gawped, but in any case she was soon taken away to the flashlight barrage on the red carpet.

I found Mungiu and Marinca outside and we went to a nearby pub to drink red wine with Dorian Branea of the Romanian Cultural Institute, while the England-San Marino football match played in the background. Since neither England nor Romania (playing Turkey) disgraced themselves, football did not dampen the mood.

I was able to put in a four-film shift starting with David Ayer’s cop buddy drama End of Watch, a paean to LAPD patrol officers cruising South Central. I’d enjoyed Training Day (which he wrote and co-produced) as much as anyone – but though the new film’s lead cast of Jake Gyllenhaal and Michael Peña are popping with energy and the film feels authentic to a degree, there was a pinch too much of self-affirming propaganda to its vision of cops as optimistic family men loving their dangerous work. (I had a lousy seat position, which probably affected my enjoyment.)

Next up was Eat, Sleep Die, a low-key poignant study of a charismatic tomboy of Montenegrin origin who works in a Swedish salad-packing plant and lives with her father, an itinerant worker with back trouble. It was well-observed and nicely played but plateaus too early.

After that I quit Leicester Square for BFI Southbank, which was teeming with cinephiles. I saw stage actor Masaki Akahori’s The Samurai That Night, a study of a widower out to avenge the death of his wife in a road accident. It’s more a collection of intriguing scenes than a coherent plausible narrative, but memorable none the less. 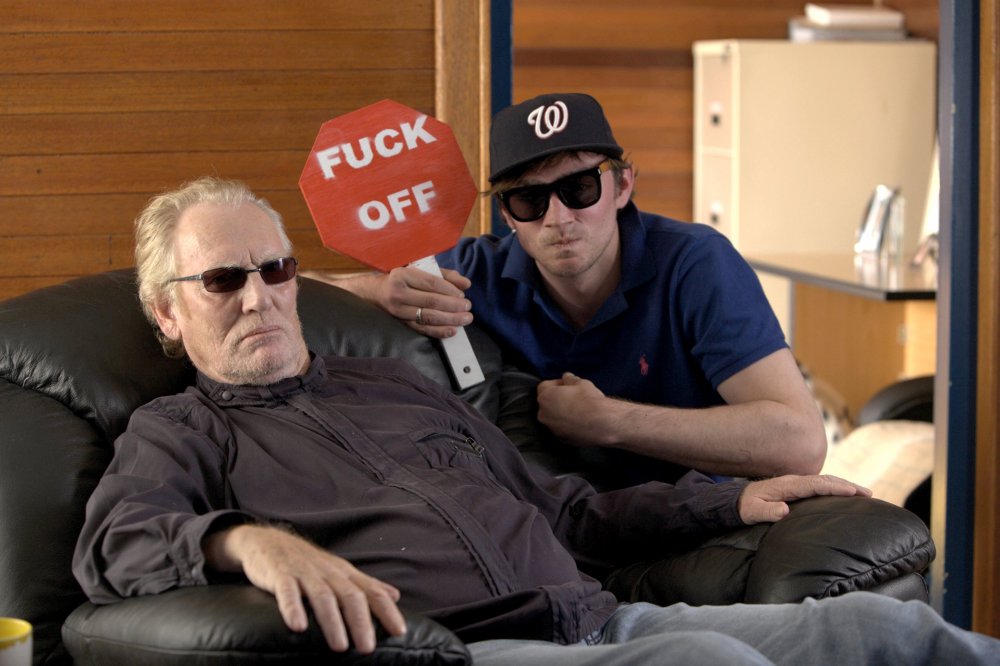 The climax of the day though was undoubtedly Beware of Mr. Baker, Jay Bulger’s documentary about the prodigious jazz and rock drummer Ginger Baker. Many are the profiles of male rock musicians that reveal their drug- and women-using propensities, but Baker as portrayed here is the ne plus ultra, a man who seems to habitually set up bands and families only to flee them. There are great music sequences, but what stays with you is Baker’s constant snarling aggression, and the Q&A lived up to that.

Onto the stage with Bulger came a wizened-looking Baker. There were muttered contretemps because the mics didn’t immediately work. Bulger seemed to suggest Baker had seen the film, but Baker soon declared he hadn’t. Various rows and interruptions ensued.

Sat near me was Baker’s first wife, outraged when Bulger called the drummer “the most generous man I ever met”. “He left us destitute!” she cried out.

I went to the BAFTA screening at the Soho hotel of the documentary West of Memphis (also showing at the LFF), which proved the film that’s affected me most this week. It concerns the long saga of the trial and wrongful imprisonment of three teenagers for murdering three eight-year-old boys in West Memphis, Arkansas in 1994 as part of a satanic cult ritual. 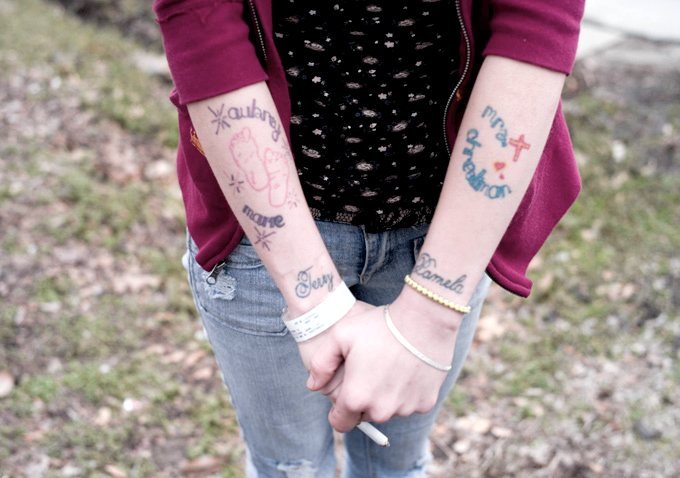 I haven’t seen the Paradise Lost trilogy of docs about the same case that Joe Berlinger and Bruce Sinofsky made between 1996 and 2011, which may mean I was the perfect audience for this condensation of an incredible narrative of knee-jerk justice enacted out of callous political careerism and its subsequent slow unpicking. 150 minutes long, it was gripping from start to finish.

Director Amy Berg (Deliver Us from Evil), in a brief Q&A with Angie Errigo, proved a conscientious and direct interviewee, but even she couldn’t satisfy all the curiosity around this tangled case, and I found myself talking about it for the rest of the day. It filled my mind so much so that I opted out of any more screenings. It was my fifth day into the LFF, and already I was in need of a night off.

Related to London 2012: The week-one whirligig