Come show off with us: Flatpack’s ten years of public spaces and spirits 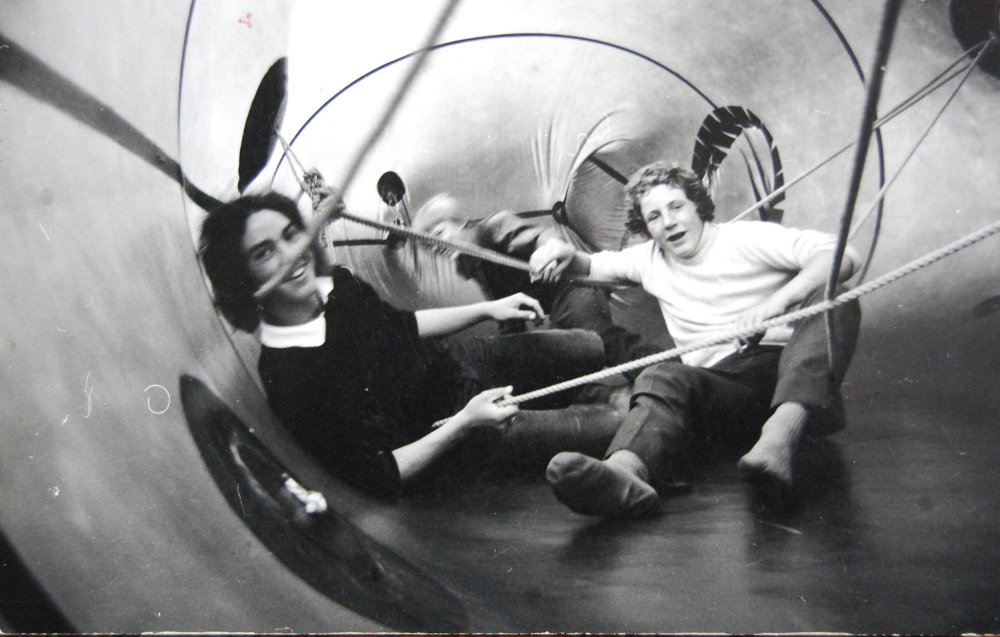 “Some children are drawn to construction sites as exciting places to play,” informs the website of the Health & Safety Executive, unsmilingly.

Birmingham Central Library, designed by architect John Madin, was – during this year’s Flatpack, the festival’s tenth edition – in process of being demolished. On the final day, a Sunday, the demolition site was quiet. The library – looking like a birthday cake sliced by a kid given charge of the knife – was in uneven bits behind two-metre-high fencing: not much to see but its floors exposed, and tussocks here and there of wire rope.

To see the library portioned up might make a person look differently at buildings not emptied but occupied, holding up under weight of wardrobes, and people sat at desks inside. It didn’t me. It looks like a jungle gym, though, and the temptation to climb the Anti-Climb fence was profound. But I know better than to play on building sites, and not because I’m old enough. Or rather I know, if you’re going to do it, to do it clothed in eye-catching colours. (My aunt, aged four, dropped down a manhole on a Wimpey estate, and was only noticed owing to her bright red bobble-hat.) 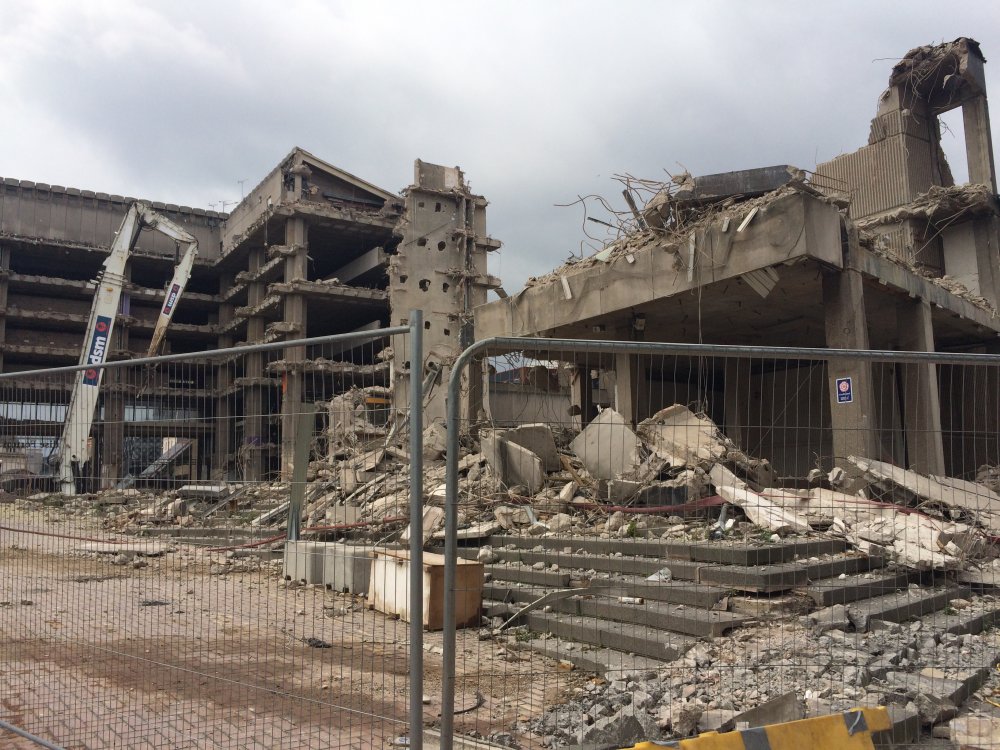 Within sight of the library on Chamberlain Place were both the festival hub, located for the first time at the Gas Hall in the Museum and Art Gallery, and the Council House, in front of which was tethered an inflatable, size of a single-decker bus. Shaped like an exclamation mark missing the full-stop point, it accompanied a new documentary about the history of 70s art collective Action Space.

Forty years before Anish Kapoor installed in Paris’s Grand Palais a 62,000-cubic-metre purple-red ‘balloon’, Camden-based Ken and Mary Turner, co-founders of Action Space, made blowup structures for use as mobile performance spaces. Their inflatables were never so large as Leviathan, nor received with the same bashful deference as came over paying visitors to the Paris exhibition. Instead – in their bid to collapse the gap between artist and public; bring art and artist out of the gallery and into a “non-elite set-up” – Action Space let loose their creations on housing estates and in parks, where they tended to be met with boisterousness: kids mashing themselves and each other into vinyl.

Huw Wahl’s film is filled with archive footage showing just this sort of thing: a group of boys vying for the camera lens’s attention, squawking about one of their number’s bouncing clear off the PVC and being knocked out cold, so he says. There are quieter moments, also, as a small girl’s eccentric technique for removing her shoes, never taking her eyes off the way-in to the inflatable, kicking the ground hard with her toe until the shoe comes free that she may flick it behind her with force and no thought to where it lands. This is distant past, when risk assessment was not a thing, and it was fine for a kid to roll down a knoll with a giant red asterisk. 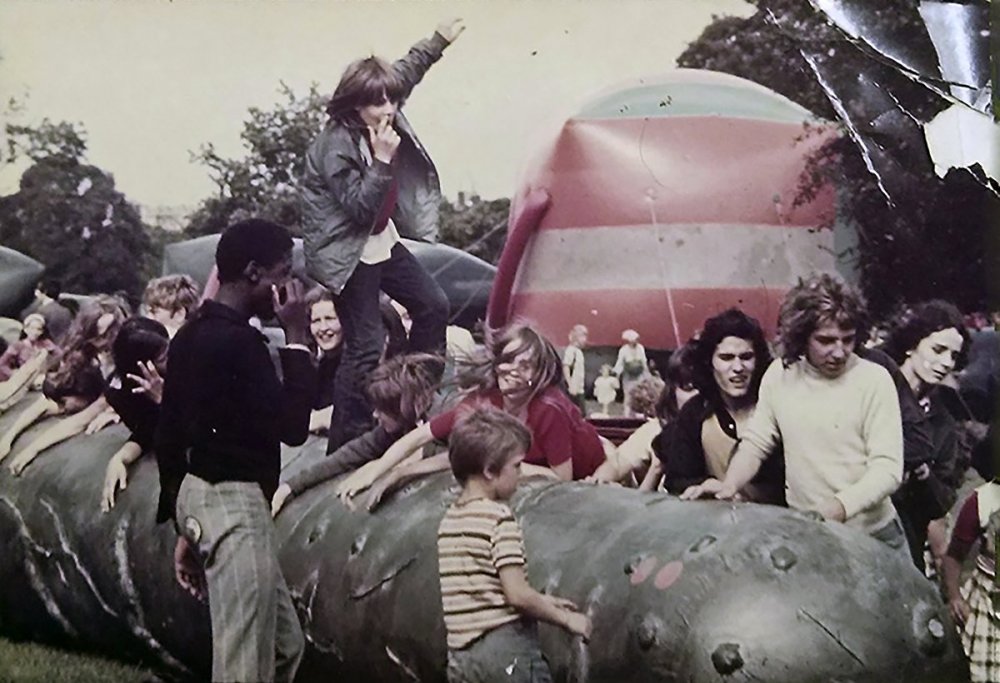 Action Space, says Wahl, ‘grew out of the archive footage’. This fact one could infer from a viewing of the completed film; so good are the original recordings they show up the other parts.

For me, the film’s natural stars are not – as thinks the filmmaker – the company’s co-founders, nor the philosopher brought in to expound on the artworks’ conceptual underpinning (the ‘utopian’ soft-landing and what have you), but the unnamed communities that interacted with them. The reserve of the film as a whole, its tendency to abstraction – its making academic what was physical and a practice, and anarchy – runs counter, I felt, to the abandon of most reactions to the group’s pneumatic sculptures. With distance, is it ever the creative intention of an artwork that interests, or only its reception? 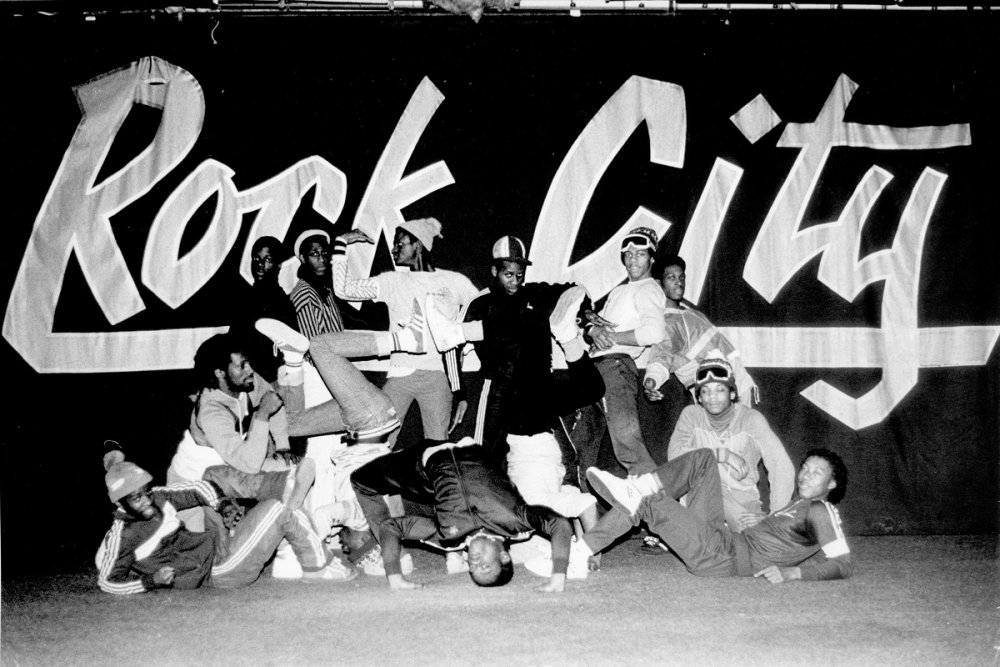 Community, performance, and letting off steam were themes of this year’s festival. Blazing for around four years in the early- to mid-80s, Nottingham’s hip-hop and breakdancing craze – subject of a new documentary by directors Claude Knight, Luke Scott and Sam Derby-Cooper – fed on similar energy to that displayed in Action Space. Eight years in the making, mixing archive and anecdote, NG83: When We Were B-Boys provides a record, hitherto lacking, of the international renown of the Rock City Crew and their rivals.

Interviewees – charismatic to a man, filmed by and large in their homes – reflect on the movement’s emergence and its creation of a citywide community. So inseparable from place and public space are their memories of that period that one could plot the cultural phenomenon on a map: Tommy’s ‘famous shed’ where he coached beginner b-boys; the bridge over Lower Parliament Street where Danny, on its polished floor, busked for extra cash; the Hyson Green Youth Club, birthplace of The Assassinators; and ‘Slab Square’, where the WFLA dancers, over from New York, demonstrated in 1983 an event (and place) to which all participants trace their Damascene conversion.

Then, a headspin looked to new eyes as weird as levitation, and Knight makes light work of recapturing the excitement of those years; of the status conferred on a kid if he or she was made a crewmember. (Annie remembers her brother taking his tracksuit out of its plastic, and girls passing her ‘Classic bars or ten Bensons’ to hand onto him.) It’s hard to believe that Knight, who was present at the Saturday screening, had no filmmaking experience before embarking on this project, a project that shows him and his co-directors to have excellent instincts, particularly where comes to editing and pace. It’s some relief to find that a self-taught, working-class filmmaker with a family can, today – with aid of Lottery funding and the services of a regional archive (MACE, in this case) – have their film screened and seen. All is not lost. 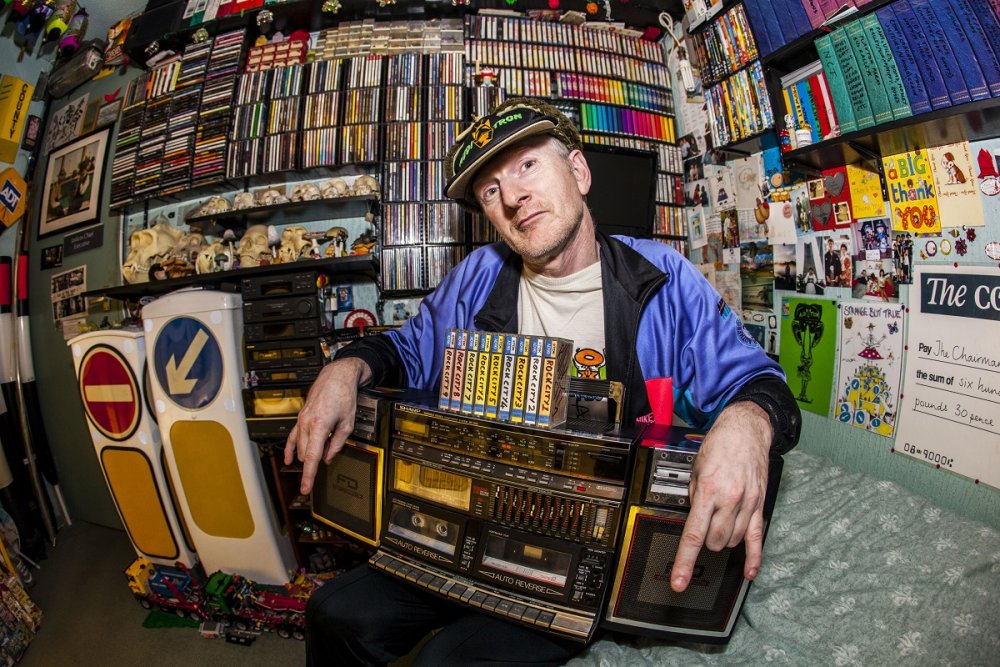 It has long been a strength of this festival that, while never being guilty of parochialism, it makes time for the work of regional filmmakers. More than this, thanks to Flatpack’s critical reputation, these filmmakers are, so far as I can tell, really enthusiastic to be featured in its programme.

As ever with Flatpack, there’s the frequent sense you’re seeing something special. Differently to the higher-profile festivals, such as Cannes, where a pass-holder can be pleased at seeing a film some months before his brothers, a Flatpack audience member can expect to see films few others will ever see. (Depending how she’s wired, this might be a point of pride, or a bitter pill. NG83 has yet to be picked up by a distributor, but very much deserves to be – by Dogwoof?) [Update (31 May 2016): NG83 will be distributed by Nottingham’s Pipoca Pictures.]

The rigidity of a Riviera schedule tends to rule out surprises. In the ten years it’s been running, Flatpack hasn’t yet grown so big that filmmakers won’t wait till the introduction of their film to announce they’re in the room, sat middle-of-the-row and arms folded, patiently waiting with the rest of the audience for the showing to get underway – as happened at a screening of the misfit, mid-length film Republic. Shot 25 years ago in the video-diary style then trendy, it’s a portrait of Blyth in Northumberland, once voted the worst town in England. Epitomising Flatpack’s laid-back atmosphere, its makers Olie Griffin and Neil Richardson, now editors – agreeing, spur of the moment, to do a post-film Q+A – spoke of not knowing which of them had the master tape before locating it, digitising the VHS, and reediting (abstemiously) in Avid. 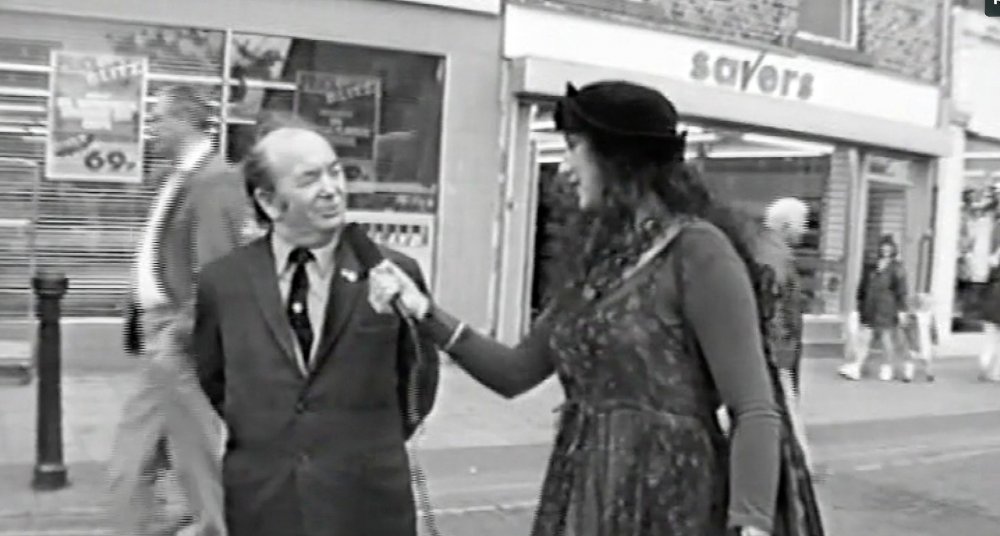 The documentary cuts between half a dozen locals who, judging by Dorothy’s line dancing, were given the freedom to do with their 15 minutes as they wished. Teenaged Lorraine gives ‘I like people’ as the first of five reasons why she should be the new presenter on The Word. Twisting in the passenger seat to face the cameraman in the back, she recalls how, when younger, she would playact news reporter, conducting sham research, or, as she phrases it, “pretend [she] were dead important”. Pakistani market-staller Abrar, meanwhile, sitting cross-legged on the stall top, polythened garments ranged along the crossbar behind his head, tells of his realisation that Darwin meant his theory of evolution (that man was descended from apes) to apply only to the “mainstream English people”, and this he can get on-board with.

Republic is a loveable film, and extremely funny, charming by its balance of affectation (the directors’ filming in colour, later converting to black and white) and honesty (the directors’ surrendering script control to their non-professional stars, who, poignantly, keep nothing back). As Action Space and NG83 made clear, Republic shows how much a part of human nature is showing off.