Beyond the gloom: Bradford 2013 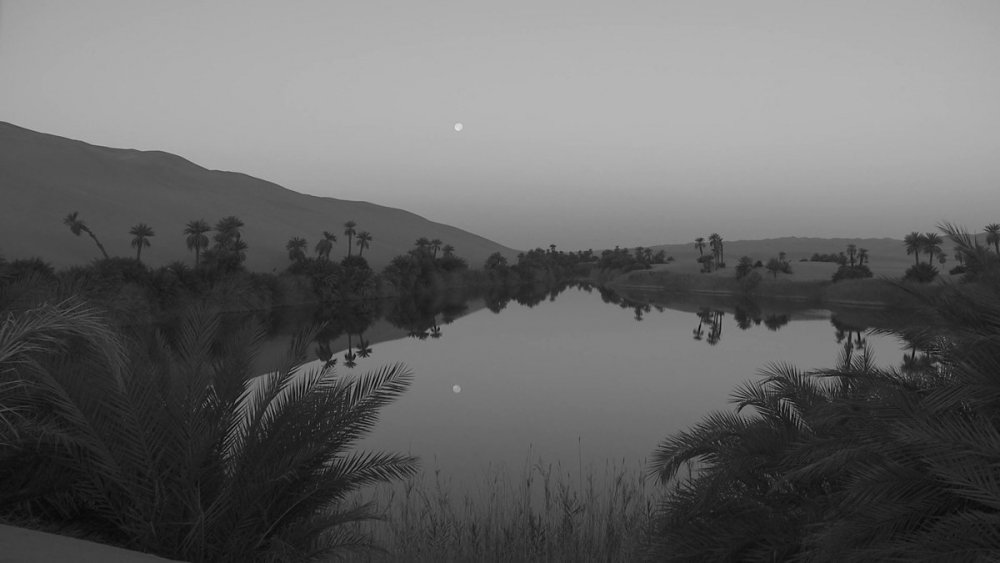 Establishing a clear sense of identity is a challenge for the smaller film festival. Attempt to represent a little bit of everything, in the knowledge that you’re not in the running for the biggest league of stars or premieres – or specialise? Two years into the co-directorship of Tom Vincent and Neil Young the Bradford International Film Festival doesn’t brand itself an underground or avant-garde showcase, but it’s evident that the directors’ hearts rest with non-mainstream work.

Largely evading previews of distributor content is a valid artistic choice in an era when so much international work never makes it into UK cinemas. (It’s also presumably a necessary choice given Bradford’s positioning a few months ahead of the slightly pullier Edinburgh.)

A programme largely composed of non-names is a tough funding and marketing proposition, however. That its programming is lovingly executed and of high quality is not in doubt; but if it’s to continue to plough such an offbeat furrow, Bradford may need more zealots and converts to pack out its auditoria.

A tribute to sixpackfilms featured a retrospective of the Austrian stable’s short-film releases, as well as the UK premiere of Peter Schreiner’s feature Fata Morgana. Atmospheric and beautiful but achingly long and morose, this mirthless epic of desert-bound existentialism is best recommended to those who find Beckett too perky, Last Year in Marienbad too obvious or Schreiner’s previous work just too damn light. Some might find revelations here but I don’t get much from art that eschews such basic human connecting points as irony, warmth and joy. A slightly smilier manifestation of the avant garde came in the pleasing form of the festival’s Stan Brakhage retrospective, screened as intended on 16mm. 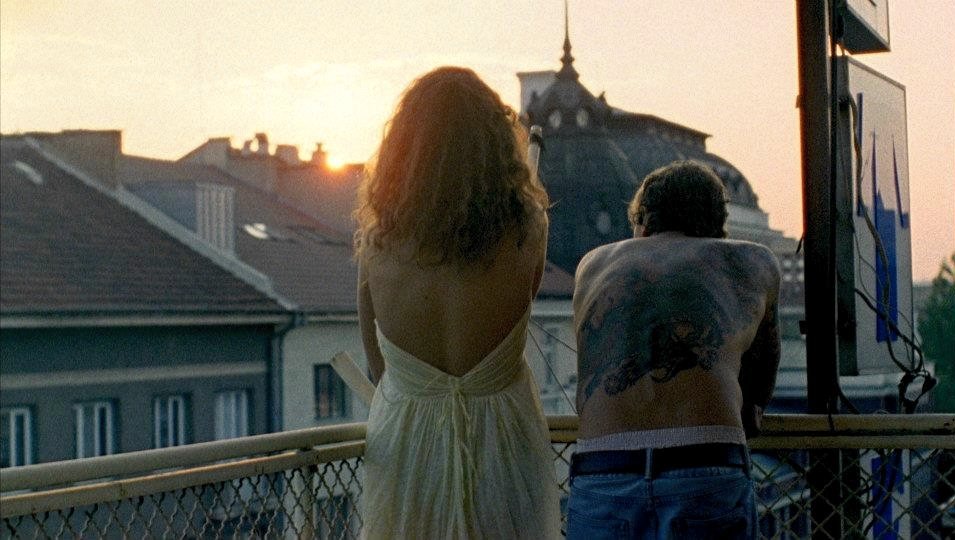 Running for the second year was the festival’s European Features Competition, a six-film selection for which I was a juror along with Australian writer Stephanie Bunbury and Dutch filmmaker Martijn Maria Smits. Content was stylistically varied but mostly on the gloomy side: from Kristina Nikolova’s spirited but juvenile Bulgarian love triangle Faith Love and Whiskey onward, we noted that a grand total of EVERY FILM WE WATCHED featured female characters drawn to really, really shady men; we weren’t sure of which gender this spoke more ill.

Joost van Ginkel’s 170 Hz, though overly advert-glossy, boasted the interesting distinguisher of having its dysfunctional teen relationship play out largely in Dutch sign language (the uncatchy title refers to the highest frequency audible to the male half of the deaf central couple). Poland’s To Kill a Beaver, directed by JJ Kolski, harboured a yuckily childlike femme fatale and a questionable plot twist but a fine central turn from Eryk Lubos.

Sexualised children figured again in A Night Too Young, from Slovenian Olmo Omerzu: two young boys out of place on New Year’s Eve experience more than they’re ready for. This was muddy and bleak but with considerable originality and good performances. 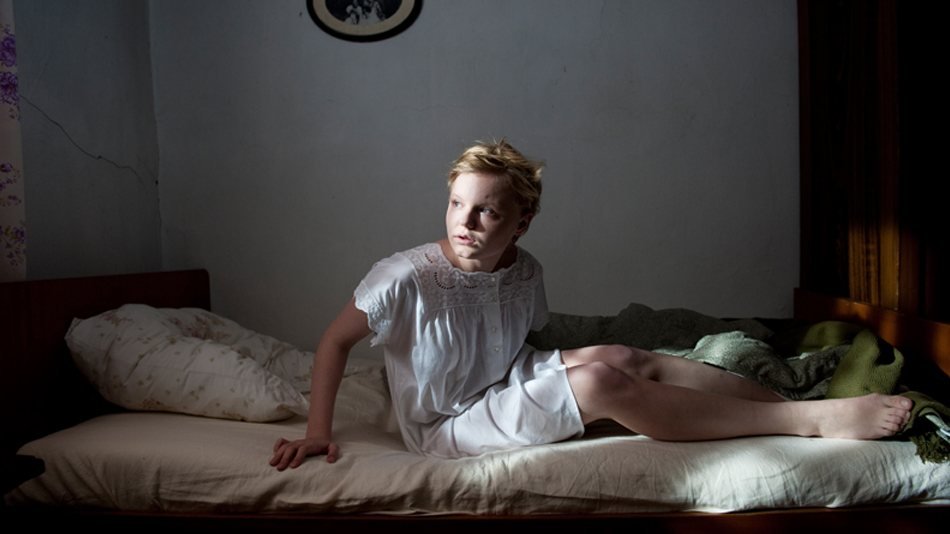 Yet more hellbent to harrow and disturb was Branko Schmidt’s Vegetarian Cannibal, an unrelentingly vicious Croatian satire about a corrupt and pitiless gynaecologist that was hard to watch thanks to its graphic depictions of late-term abortions but admirably focused and relentless.

The jury prize went to the Competition’s most complete and effective film: Kill Me, a Dardennes-inflected misfits-on-the-run piece by Emily Atef, featuring a lovely lead turn (whilst requiring no sexual display) from The White Ribbon’s Maria Dragus.

Outside the Competition, Bradford showed its strong radar for experimental documentary, artist film and quirky feature content. There was much of the psychogeographic stripe: meditative architectural study in James Benning’s One Way Boogie Woogie; further contemplation of living spaces in Robert Todd’s tender and observant Master Plan; and a truly unusual habitat in Diego Mondaca’s forceful but frustratingly contextless study of a Bolivian prison complex, Citadel. 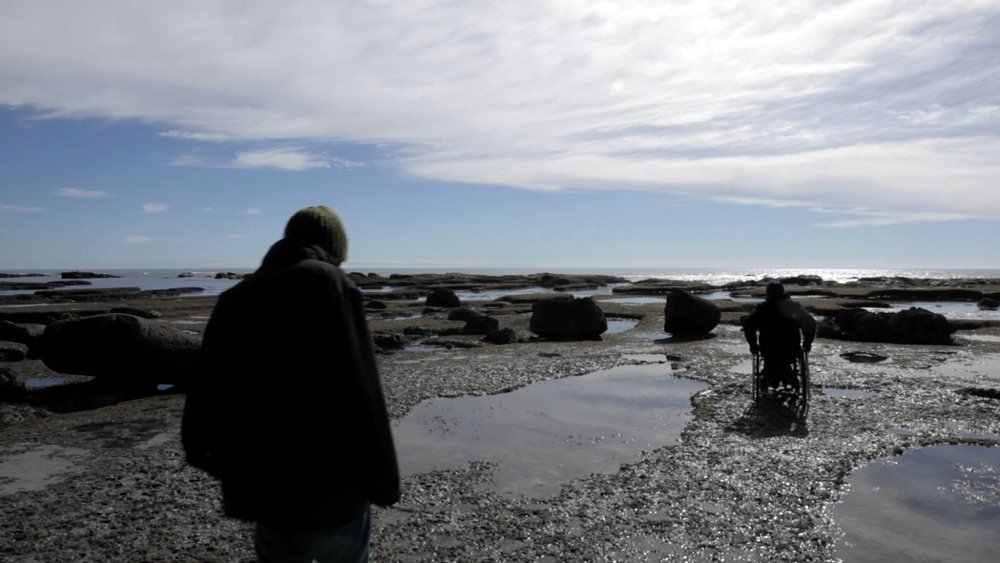 Less tied to home is the adventuring protagonist of Marcel Barrena’s moving doc Little World, a portrait of a globetrotting disabled teen with a powerful message for over-protective parents, nervous travellers and complainers about their lot in life. Sabine Gruffaut’s I Have Always Been a Dreamer compared and contrasted those haunted monuments to optimistic over-construction, Dubai and Detroit, while a slice of pre-Berlusconi Italian independent media – again a little stranded without context – was offered by Alessandro Gagliardo’s loftily titled collation of 1990s Sicilian TV news fragments, An Anthropological Television Myth.

The shiny mainstream, meanwhile, was also represented quite eccentrically, with Michael Winterbottom’s patchy sex comedy-cum-social history The Look of Love a pert enough opening night, and Joss Whedon’s bargain-basement backyard Much Ado About Nothing on hand to charm. Robert Byington’s deadpan chronicle of familial betrayals and mishaps Somebody Up There Likes Me was a sharp, smartly-judged palate cleanser; and there was substantial visual interest alongside the guts and gore in Universal Soldier: Day of Reckoning, already out on DVD in this country but given a first 3D outing at Bradford, plus an entertaining into from director John Hyams – who was particularly pleased to see it preceded by a Brakhage short.