Sticks to beat them with: She’s Lost Control and Nymph()maniac first look

Women’s sexual autonomy is still up for judgement in these two new movies from Anja Marquardt and Lars von Trier. 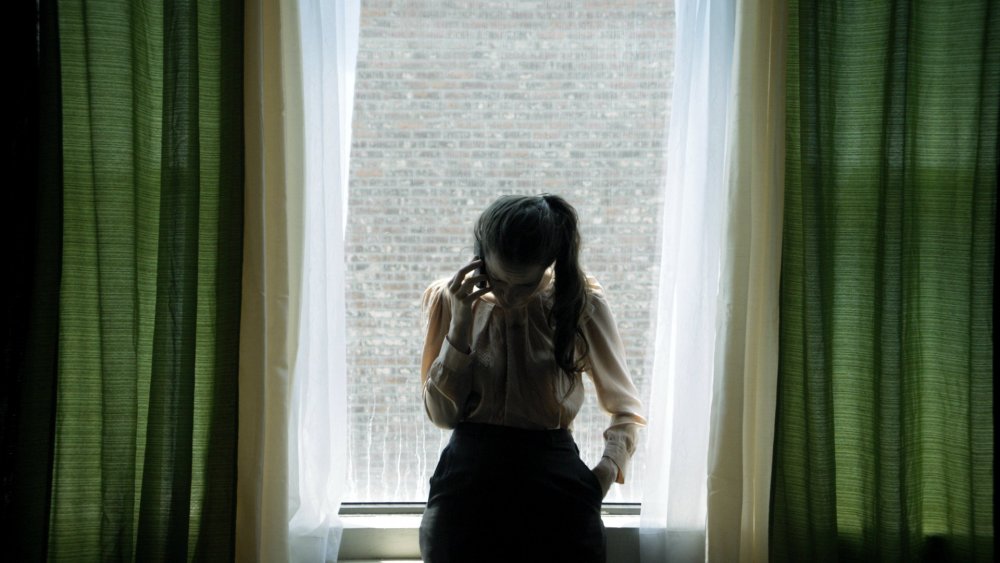 It’s rare in cinema that a woman who rejects monogamous marriage as an ideal isn’t punished. German director Anja Marquardt’s debut feature She’s Lost Control, which played here in the Forum section, condemns a sexual surrogate – a prostitute who works with a psychotherapist to help men overcome intimacy issues – through the same old cause-and-effect formula.

In hotel-room sessions with her clients, Ronah (Brooke Bloom) is full of compassionate understanding. But her choice of profession stems from a life profoundly out of synch, and lacking close bonds. She brushes off her brother’s long-distance telephone pleas for support, shuns her neighbour’s friendly overtures, and is freezing her eggs for future single-motherhood.

Into this void walks client Johnny, a ruggedly handsome hospital anaesthetist (the symbolism is schematic, but Marc Menchaca is convincingly nuanced). His admission that he “feels like strangling” Ronah seeds alarming tension as, in close-ups, their bond grows. She starts falling for his brittle hints of sensitivity – while we await the vicious inevitable. It’s a frightening warning – with a title blaming the victim.

You get the feeling Marquardt would be horrified at such a reading. With Lars von Trier, on the other hand, we’ve gotten used to an impishly perverse provocateur who revels in playing up to the audience’s worst expectations of him. 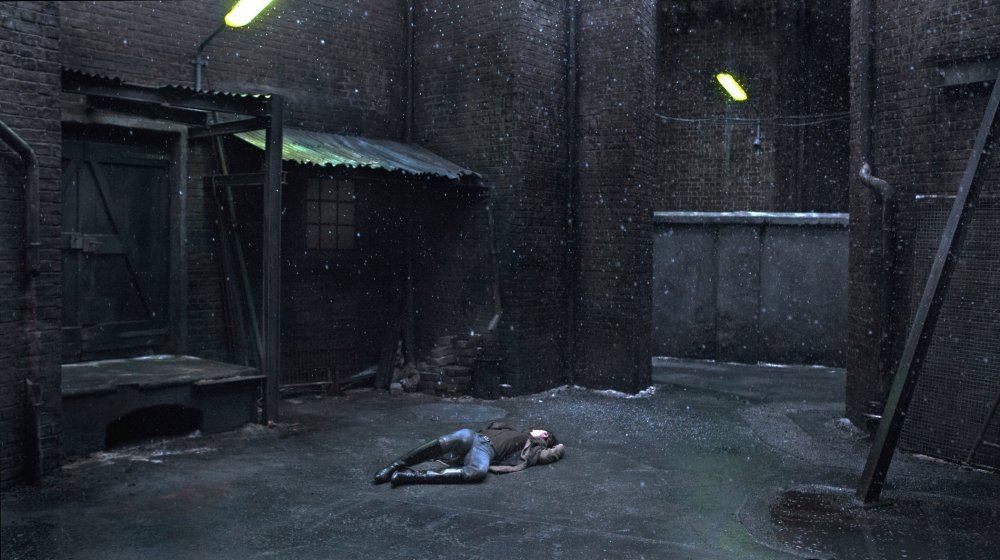 Charlotte Gainsbourg as the older Joe in Nymph()maniac

The director’s cut of Volume 1 had its world premiere here in Berlin. It begins with a morality tale’s simple equation. Joe (a riveting Charlotte Gainsbourg) lies beaten on the street. Calmly resigned, she refuses the hospital when found by kindly stranger Seligman (Stellan Skarsgärd), but agrees to recuperate in his apartment, frankly recounting the sexual encounters of her life as a nymphomaniac as snow falls outside like a fable backdrop.

These episodes, shown in flashback (with Stacy Martin as the young Joe) are wonderfully played for humour, from Joe and her friend B (Sophie Kennedy Clark) seducing as many men as they can on a train in their pact to rebel against love, to a farce of social discomfort in which a jilted wife (Uma Thurman) and kids, her suitcase-carrying husband and another of Joe’s lovers crowd into her apartment.

Having internalised society’s derision as guilt, Joe defines herself as a terrible human being for having discovered her power as a woman and used it without concern for others – a claim Seligman is quick to refute rationally, philosophising with metaphors from fly-fishing to mathematics and classical-music composition. For all her self-loathing, Joe’s philosophies – that love is sex with added jealousy, and that the sum of her sexual experiences equates to one lover – are the fruit of refreshingly independent thought. 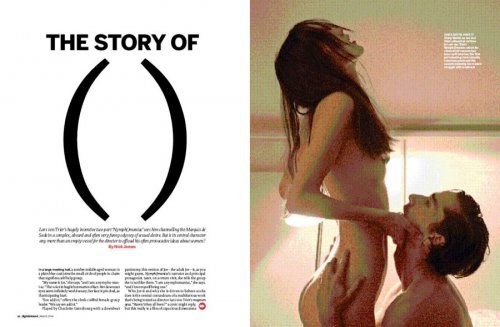 Lars von Trier’s hugely inventive two-part Nymph()maniac sees him channelling the Marquis de Sade in a complex, absurd and often very funny odyssey of sexual desire. But is its central character any more than an empty vessel for the director to offload his often provocative ideas about women? By Nick James.

Related to Sticks to beat them with: She’s Lost Control and Nymph()maniac first look