Geoff Andrew sifts three engaging films about women of a certain age from the chaff of Berlin’s first week. 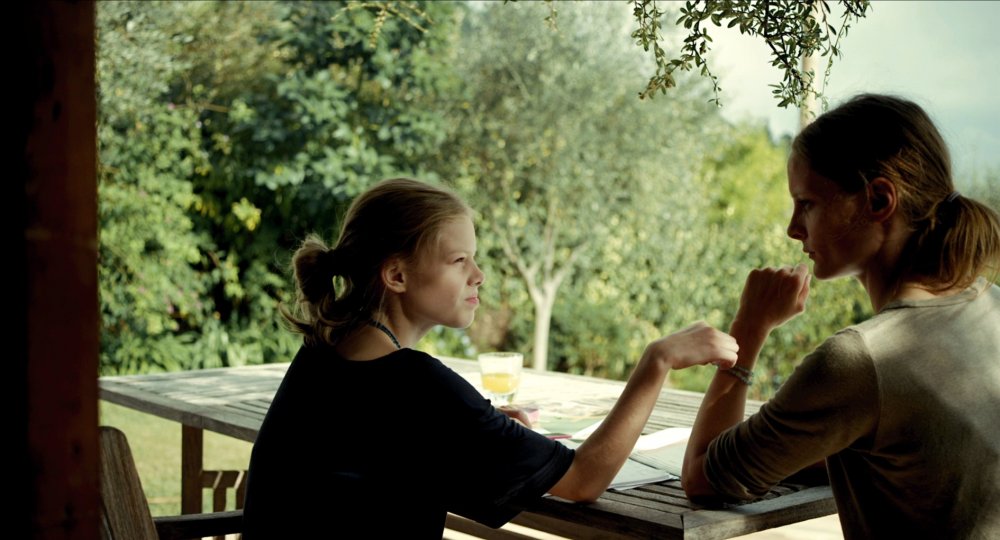 It’s far too early, of course, to pontificate on the overall standard of this year’s Berlin Film Festival, but halfway through the opening weekend it was at least probably fair to say that a couple of familiar traits were already in evidence.

The first is that the films in competition for the Golden Bear are an extremely motley bunch – indeed, the word that springs to mind for any decision-making in the programming is ‘wayward’. Sadly, I arrived in town too late to catch the films by Wong Kar-wai, Gus Van Sant and Malgorzata Szumowska, but all, as far as I could gather, had met with a mixed response.

And the first four films I did manage to see were more of the same. Ulrich Seidl’s Paradise: Hope, though the best of the quartet, was still let down by moments of implausible plotting and playing; that said, this tale of a teenage girl’s crush on a middle-aged doctor she encounters when her mother sends her to a diet-camp for overweight youngsters finds the director in unusually tender mood, his customary recourse to grotesquerie and condescension kept to a minimum.

The following three competition titles saw a steep decline. A Long and Happy Life, Boris Khlebnikov’s account of doomed communal resistance in a Russian farming community, meandered inconsequentially before reaching its predictable conclusion. Thomas Arslan’s Gold, about German emigrants involved in the 1890s Gold Rush, clunkily trudges through various cliches of the trail western. And the less said about Fredrik Bond’s The Necessary Death of Charlie Countryman the better, except that it’s one of those films where the first few minutes make clear that we’re in for a stinker. If you think the title is a mistake, try the movie…

Happily, Sebastián Lelio’s Gloria proved an even steeper upturn. With a terrific lead performance by Pauline Garcia as the titular fifty-maybe-sixtysomething divorcee living the singles’ scene in Santiago, Chile, this frank but finally almost feelgood look at the social, sexual and other options facing intelligent, energetic and reasonably well-to-do folks as they enter into their autumnal years may well end up one of the prizewinners.

The second of the festival’s familiar traits? As often in Berlin, the most interesting titles may be found out of competition, and at time of writing my two favourites besides Gloria were to be found in the Panorama and Forum strands.

From the former, Nicolas Wackerbarth’s Everyday Objects (pictured at top), about a German woman who travels to Nice to join her lover on holiday only to find him frustratingly absent and his two kids hardly in welcoming mood, is a pleasingly atmospheric piece, strong on place, weather and the tensions between strangers, though unsure of how to bring things to a satisfactory end. (Intriguingly, it’s most promising when it briefly brings its unself-consciously privileged central characters into contact with more working-class folk.)

Asli Özge’s Lifelong, meanwhile, focuses on the mid-life crisis of an Istanbul conceptual artist whose uncommunicative but otherwise loving husband may be having an affair. As in Wackerbarth’s film, the slender story often comprises long stretches without dialogue, but Ozge’s expressive compositions and use of colour, the subtlety of the performances and a generally bold approach to character and narrative suggest that the writer-director’s very different but likewise fine first feature Men on the Bridge was no flash in the pan. There may be echoes of Nuri Bilge Ceylan here, but this Antonioni-esque gem remains fresh and engrossing; Ozge is certainly someone to watch.

A final thought for now. Many of these films have a woman as the central character. (Even Gold focuses primarily on Nina Hoss’s character.) And the best are about women whom filmmakers have generally tended to regard as either past their prime or yet to reach it. These films emphasise that it’s not that simple. It’ll be interesting to see if the rest of the festival continues in that vein.

Related to The fairer subjects – Gloria, Everyday Objects and Lifelong