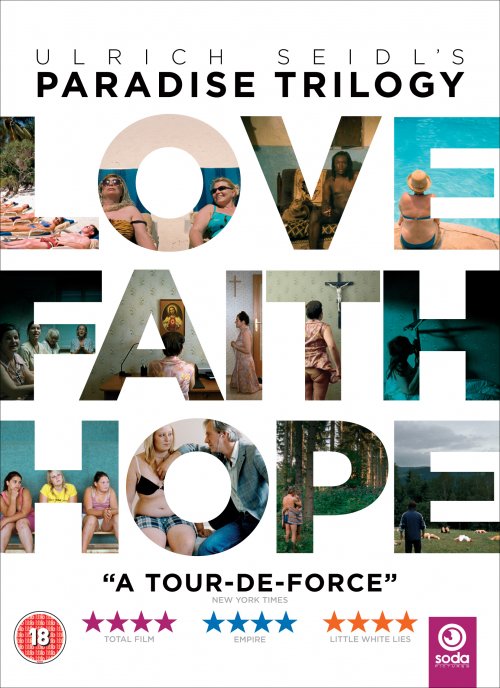 In his triptych of tales about three women from the same family Ulrich Seidl investigates sex tourism, religion and infatuation under the title banners Love, Faith and Hope.

In Paradise: Love a 50 year-old Austrian woman on holiday in Mombassa finds herself lured into the lifestyle of like-minded European women seeking sex from local Kenyan beach boys who sell it to make a living.

Paradise: Faith is the tale of a fanatical religious health worker who spends her down time selling religious salvation door-to-door in the districts of Vienna. Hope centres on an overweight teenager sent off to a diet camp in the Austrian mountains for the summer.

Courtesy of distributor Soda Pictures we have five box sets to give away.

To be in with a chance of winning simply answer the following question:

Q. Which film in the trilogy was nominated for a Golden bear at the Berlin Film Festival earlier this year?