Brian De Palma and Francis Ford Coppola’s recent techno-fantasias have followed a once well-worn path for American indies too leftfield for cinema distribution. 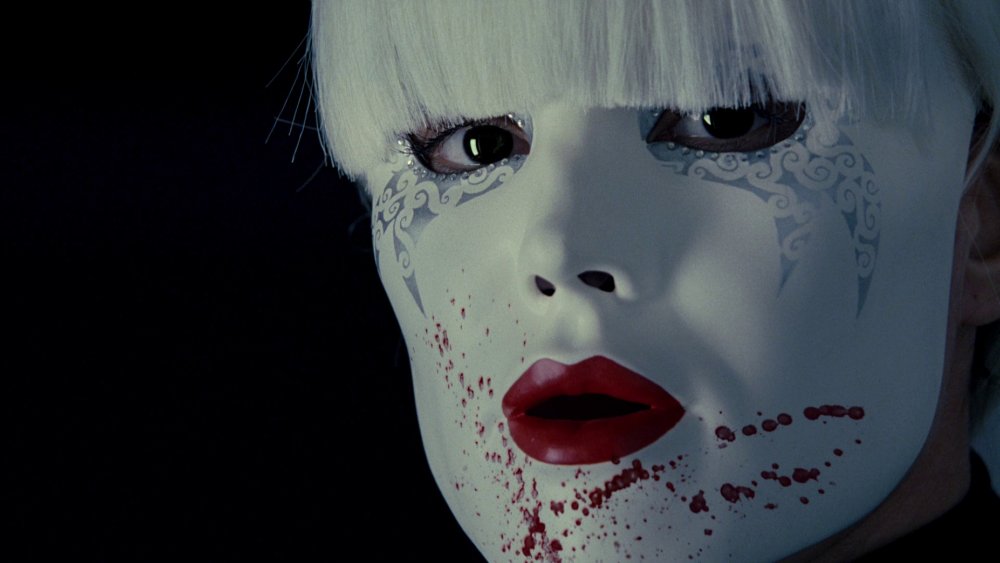 Spoiler alert: this post outlines the endings of the two movies in question.

For many years, the phrase ‘straight to video’ had the force of an insult, generally being used to describe ‘B’ movies not good enough for theatrical distribution. Yet, at least in the UK, ‘straight to video’ initially meant something quite different, often referring to films considered too quirky for mainstream audiences. Warner Bros even used the fact that Carl Reiner’s The Man with Two Brains (1983) and William Friedkin’s Deal of the Century (1983) had not been shown in theatres as a selling point, promoting them (if memory serves) as ‘video premieres’. We have grown used to thinking of the 80s as a period of rightwing retrenchment and conformity yet if we turn our eyes away from Britain’s cinemas and towards its video shelves, a fascinating alternate history emerges.

Twixt and Passion are both available on DVD and VOD in the UK from Metrodome. 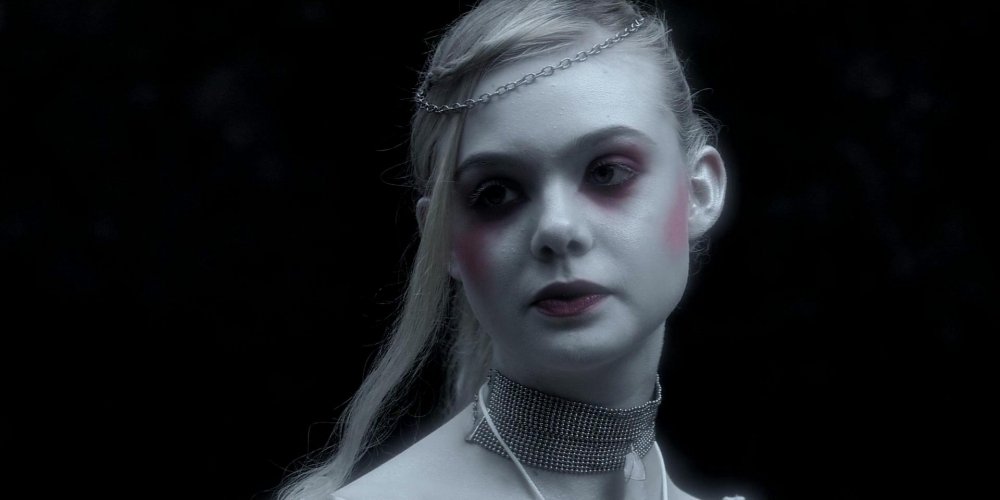 In recent months, however, the situation appears to have changed, with two works by important American directors – Francis Ford Coppola’s Twixt (2011) and Brian De Palma’s Passion (2013) – making their UK debuts on DVD (thanks to Metrodome). The fortuitous juxtaposition of these titles underlines how much they have in common, both being concerned with the ways in which modern communications technology has obscured the distinction between reality and fantasy. Their endings, in which the protagonists appear to dream or imagine their own murders before awaking into a reality which may itself be a fantasy, are strikingly similar.

I have written about Coppola’s film in more detail for Video Watchdog but De Palma’s is perhaps the more distinguished of the pair, if only because that cynicism which so frequently permeates his work ends up giving Passion greater thematic coherence – something which, for better and worse, is lacking from Twixt, Coppola’s optimism preventing him taking De Palma’s final leap into despair.

De Palma has of course been dealing with the impact of imagery on both those who create it and those who consume it throughout his career. Hi, Mom! (1969) in particular now seems remarkably prescient in its portrait of a society wherein we record our everyday activities and end up staging them for the camera’s benefit. Passion updates this concern to the era of Skype, email and mobile phones, all of which De Palma sees as providing new opportunities for deception (including self-deception) and misrepresentation.

The plot involves a rivalry between two women working for a German advertising agency, the seemingly introverted Isabelle (Noomi Rapace) and her extrovert boss Christine (Rachel McAdams). Although the film is told mostly from Isabelle’s viewpoint, we learn almost nothing about her. Her sexuality, friendships, familial relationships, past life and nationality are all mysterious; as Christine tells her, “I don’t even know where you’re from or what you want.” Isabelle is the product of a social-media culture, creating herself through various manipulations and technological transactions, existing only to the extent that desires can be projected onto her by the people she encounters, ultimately disappearing into a state of uncertainty wherein everything is (or might as well be) a dream. 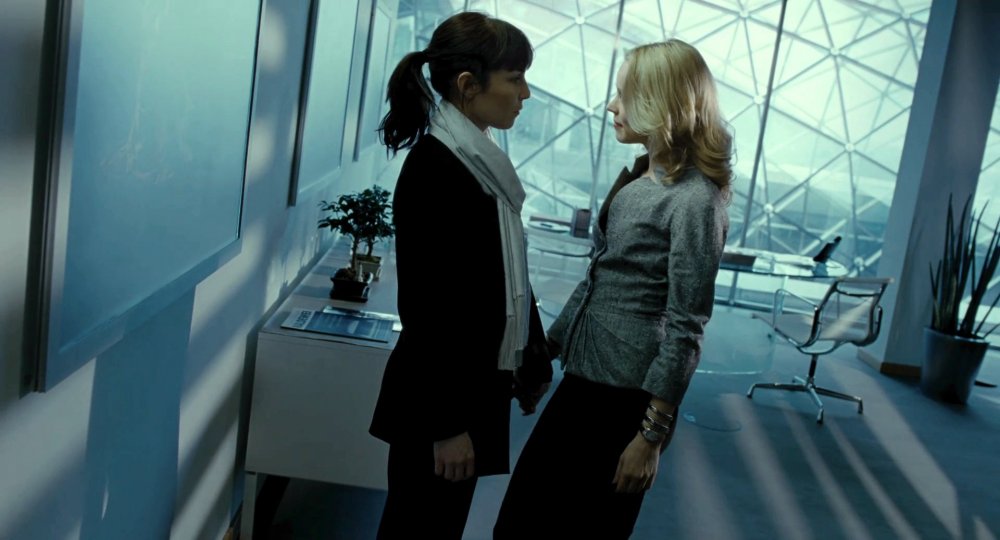 Stylistically, the film is divided into two parts. The first half is lit and framed like an episode of a television series about backstabbing among the jetset (Dallas, perhaps) while the second half is much lusher visually, with the kind of excessive mise en scène typical of this director. It is here that Isabelle abandons her former passivity and takes decisive action, successfully carrying out a complex scheme to destroy Christine. Essentially, she retreats into an ‘online’ world in which her fantasies can be realised without fear of exposure, and De Palma implies that this entire section is Isabelle’s dream.

But the earlier scenes take place in a world which is just as ‘unreal’, just as heavily marked by wish-fulfilment fantasies and stylish surfaces: Christine claims to have both a twin sister and a childhood trauma but may have invented both, and at times is so harshly lit that her face appears to be as white as the mask of herself she makes her lovers wear. This mask is eventually donned by Isabelle (who thus ‘becomes’ Christine) during a murder scene that might be a fantasy (but also might not). In a world where so many of our relationships are conducted via the internet, it makes little difference whether we are on or offline, awake or dreaming, guilty or innocent. Identity, sexuality and morality have all become provisional, subject to constant revision. As with Mitt Romney’s Etch A Sketch presidential campaign, it is always possible to hit the reset button and start again.

Monte Hellman’s Road to Nowhere (2010) shares many of these concerns and so far has not received any UK exposure. A few months ago, I wrote about a group of 80s films that critiqued American cinema’s dominant trends. These recent works by De Palma, Coppola and Hellman suggest the emergence of a new oppositional movement, one which challenges those hermetic CGI entertainments wherein the erasure of physical reality serves as a guarantee that we can leave our troubles at the door, that nothing will be permitted to disturb our involvement in corporate-controlled fantasies. The only thing which seems certain about this movement is that the films belonging to it will not be showing at a cinema near you.