In the second part of a special focus on Veit Harlan, Brad Stevens reveals how the director’s later work continued to undermine fascist ideology. 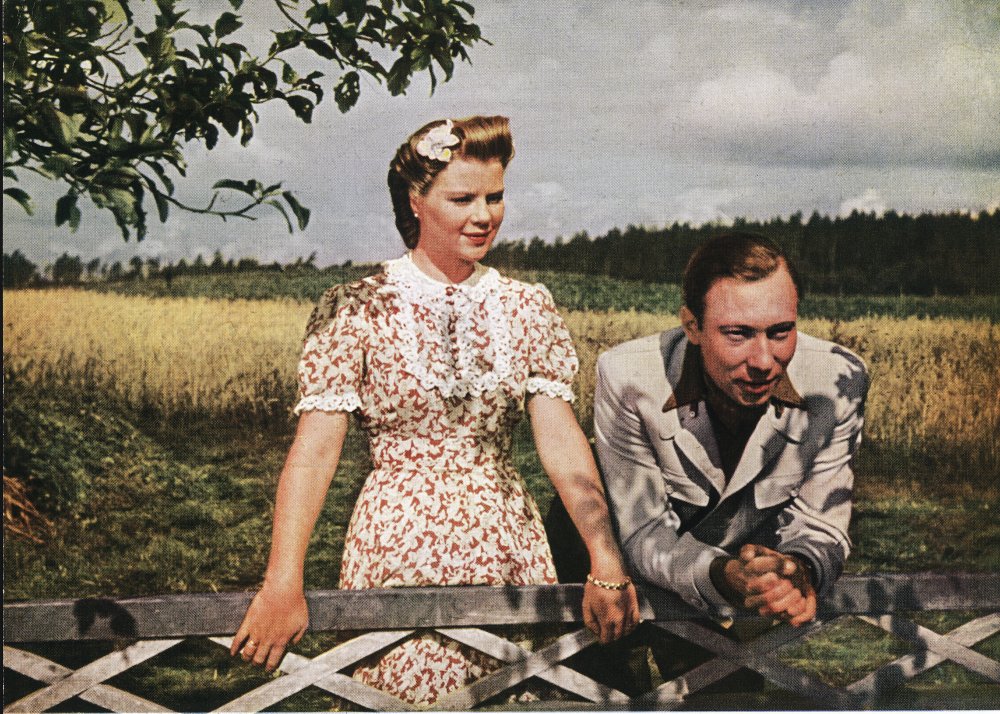 It is now generally acknowledged that the ideological underpinnings of classical Hollywood were frequently subverted by auteur directors, with the masterpieces of Howard Hawks and John Ford taking a critical perspective on American society while superficially appearing to affirm its norms. Indeed, ever since Cahiers du cinéma published Young Mr. Lincoln, texte collectif in 1970, the notion of ideological contradiction has been central to discourses on American cinema.

Yet a different set of rules would seem to apply to films made in Nazi Germany, which are seldom discussed in aesthetic (as opposed to historical) terms. This proscription pertains not just to propagandistic texts, but also to those Nazi-era productions which contain no reference to fascist politics. To an extent, such a viewpoint is understandable: what business had directors turning out innocuous comedies or romances when millions of Jews were being slaughtered by their government? Since overtly criticising the regime was, of course, impossible, the only action any self-respecting German artist could have taken was to leave the country.

Yet a recent viewing of several titles by Veit Harlan has led me to conclude that Nazi cinema may have been as riven with contradictions and disturbances as anything by Alfred Hitchcock or Vincente Minnelli. In last month’s column, I claimed that the mise en scène of Harlan’s Jew Suss (Jud Süß, 1940) disrupted the film’s surface antisemitism. But the director’s later output may well be even more subversive. 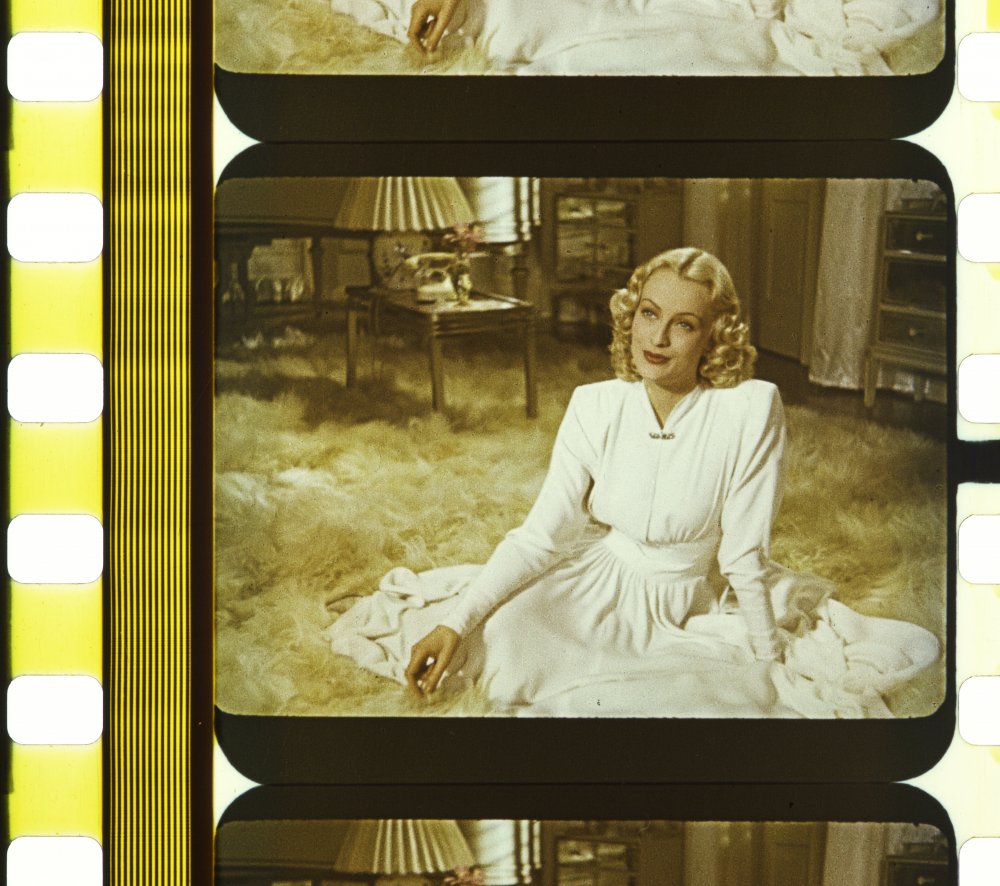 As Harlan’s oeuvre progresses, a strikingly obsessive narrative structure emerges, one in which a young man either woos or is wooed by a young woman who is considered an acceptable match for him, even though (or perhaps because) their relationship is quasi-incestuous. In Opfergang (1944) this woman is the protagonist’s cousin; in Hanna Amon (1951) she is his sister; and in Different from You and Me (Anders als du und ich, 1957) she is a live-in maid whose relationship to the protagonist, Klaus (Christian Wolff), is essentially that of a sibling. In all three films, the young man falls under the spell of a temptress – one representing a world of exotic sophistication – whom he must ultimately renounce. In Opfergang this is Äls (Harlan’s wife, Kristina Söderbaum), an unconventional foreigner who refuses to settle in one place, while in Hanna Amon it is Vera Colombani (Ilse Steppat), who has many of the same characteristics. Different from You and Me provides a fascinating variation on this theme, since its ‘other woman’ is actually a man, the gay Manfred (Günther Theil).

This pattern, already dimly visible in Jew Suss (in which Karl and Dorothea seem more like brother and sister than husband and wife) and Immensee (1943), can be traced back to F.W. Murnau’s Sunrise: A Song of Two Humans (1927), which Harlan remade as The Journey to Tilsit (Die Reise nach Tilsit, 1939). Yet what distinguishes Harlan’s approach from Murnau’s is the greater sympathy he accords his ‘woman from the city’ characters. This is apparent even in Jew Suss where, although the project’s nature prevents Harlan from taking an unambiguously positive view of his ‘snake in paradise’ (an image explicitly evoked in Hanna Amon), the film’s ostensible villain is clearly its emotional centre. But Opfergang goes much further in this direction, suggesting not merely an intuitive resistance to a reactionary formula, but rather a coherent oppositional project.

Opfergang is notable for many reasons, not least the ways in which it anticipates Stanley Kubrick’s Eyes Wide Shut (1999); the masked women who tempt Dr. Harford (Tom Cruise) with the possibility of consequenceless sexual intercourse might have been taken directly from Opfergang. What makes this more than just a random reference is the fact that Kubrick was married to Harlan’s niece, Christiane Harlan, and once considered directing a film about the making of Jew Suss. (Christiane relates a story about an awkward meeting between Kubrick and her uncle in Felix Moeller’s documentary Harlan: Im Schatten von Jud Süß.)

Commentators often claim that Opfergang’s emphasis on sacrifice has propagandistic overtones, insisting it prepared German cinemagoers to make whatever sacrifices were necessary for the good of the fatherland. It is easy enough to see how such a view might be sustained by attending solely to the film’s plot. The central character, Albrecht (Carl Raddatz), returns to Germany after having travelled the world, and decides to marry his cousin, Octavia (Irene von Meyendorff). Albrecht subsequently meets and falls in love with Octavia’s neighbour, Äls, who chooses death rather than destroy his marriage.

This, one might assume, is the ‘sacrificial rite’ of the title. But Harlan’s dialogue places the emphasis elsewhere. When Äls is confined to her sickbed by a typhus epidemic, Albrecht keeps her spirits up by appearing beneath her window on horseback at the same time every day – at least, that is, until he also succumbs to the epidemic.

Albrecht later learns that, during his illness, Octavia had taken his place, disguising herself as a man and riding past Äls’s house. It is Äls’s doctor who informs Albrecht of this, preceding his remarks with the observation that “Octavia does not need a sacrifice. She is making a sacrifice.” There would, then, appear to be two ‘sacrificial rites’, and though both are performed by women eager to defend socially permissible expressions of heterosexual ardour, they effectively render heterosexuality redundant. Octavia’s masquerade as Albrecht – taken in conjunction with the scene in which she mediates her own voyeuristic look by commenting on how Äls attracts the gaze of men in the street – suggests the real nature of the desire being affirmed here. While Äls and Octavia both imagine themselves to be undertaking rites of sacrifice for Albrecht’s sake, the final scene – in which Octavia, who had earlier sent Äls a gift of flowers, throws a rose into the sea – makes it quite clear that the love at this film’s heart is a lesbian one. 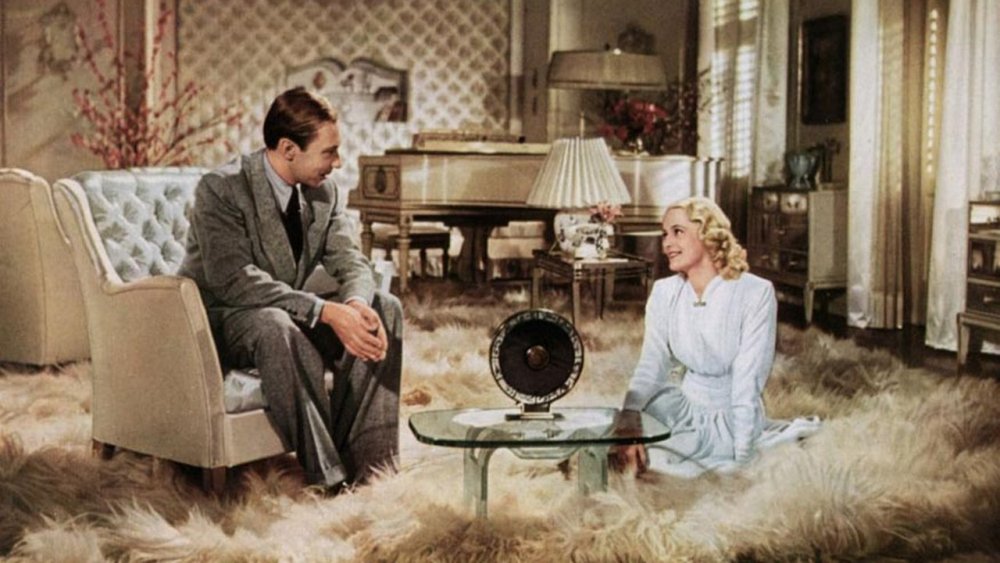 This celebration of same-sex passion, anticipated by the two women at the masked ball (who seem as likely to make love with each other as with Albrecht), is rendered all the more audacious by its appearance in a work aimed at an audience which would have regarded homosexuality as an abomination. Opfergang deserves our respect, not despite its being a product of the Third Reich, but precisely because of that fact.