The filmmaker and his daughter Eden accompany Iain Sinclair on a voyage north, bearing a talisman that radiates with psychic energy. 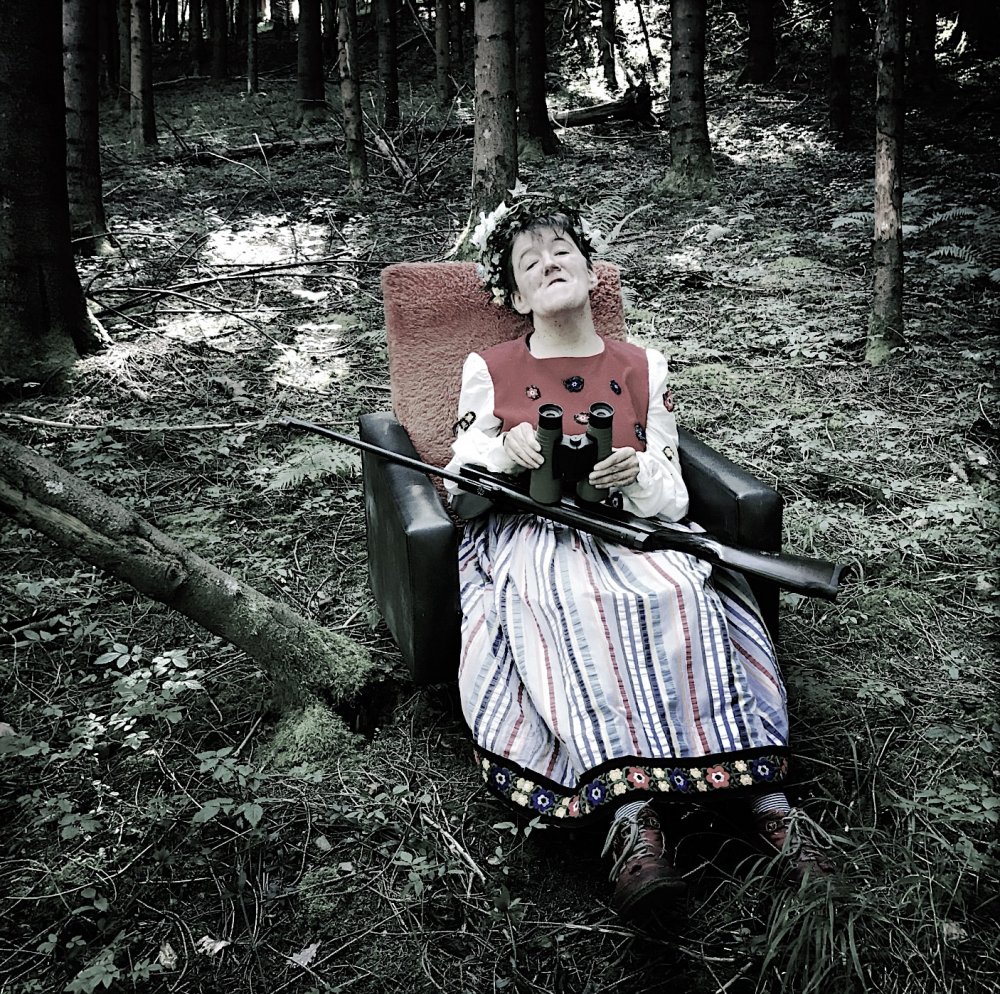 Eden Kötting in The Whalebone Box

Early in his first feature film, Gallivant, Andrew Kötting explained that he’d “been told many times that Eden’s life expectancy wasn’t very good”. Eden, his daughter, was born with a rare genetic disorder called Joubert syndrome and has gone on to defy the odds and become one of Kötting’s frequent collaborators and muses.

In Colour and Black & White

Some 25 years after Gallivant, Eden, now in her mid-thirties, is pictured in intimate close-up in the opening moments of The Whalebone Box, while a voiceover recalls, “The moment I saw you I knew I could love you.” The line is the title of Kötting’s 2010 performance/installation collaboration with Leslie Hill and Helen Paris. The filmmaker often works in this way, echoing, reflecting and refracting previous work, and the slippage feels apposite here, in a liminal film that manages to be both earth and water, interior and expansive, documentary and dream.

The ostensible narrative is that Kötting and pinhole photographer Anonymous Bosch are accompanying writer Iain Sinclair as he travels from London to return a small whalebone box to the beach on the Isle of Harris, where the whale was originally washed ashore. Simultaneously, this quest is a journey into the mind of Eden, who narrates the film while often appearing on screen asleep – searching her dreams for an imagined whale and even perhaps conjuring the notion of the whalebone box. It recalls a line from Philip Hoare’s Leviathan or, The Whale about an “eerie otherworld, teetering between travelogue and science fiction, was the birthing-ground for Melville’s monster.”

At one point, daughter and father visit the British Museum to see the Franks Casket, a carved Anglo-Saxon whalebone chest. An audio commentary suggests that the casket’s iconography is open to interpretation and that “opportunities for multivalency are rampant”. This could be a description of the film, and there are various moments when the physical and the psychic blur into one another, the box and its mysterious contents acquire a potency, while the soundtrack speaks of Schrödinger. Another voice refers to the discovery of some film in the belly of a whale, which seems like a splash of Kötting’s trademark japery, until a post-credits twist offers an uncanny moment of mystical resonance and potential transfiguration.

Where 2017’s Lek and the Dogs drew Kötting’s ‘Earthworks’ trilogy to a close, The Whalebone Box feels as if it is infused with the energy of his entire filmography – perhaps akin to the psychic energy Sinclair suggests is radiating from the physical box as it travels the country. Both film and box are finely crafted vessels, harnessing the power of their materials. For Kötting, this is a febrile collage of digital and celluloid footage, archival imagery (including from his own films) and found or repurposed audio. Philip Hoare – whose aforementioned nonfiction cetacean epic Leviathan or, The Whale furnishes the film with its chapter headings – is heard on the soundtrack unpicking the animal’s cultural and historical significance.

Elsewhere, the vocals of performance artist and musician MacGillivary manages to channel both a siren song and a whale’s death throes into her haunting lament. “Ah the world, oh the whale.”

Related to The Whalebone Box review: Andrew Kötting journeys into his daughter’s dreams