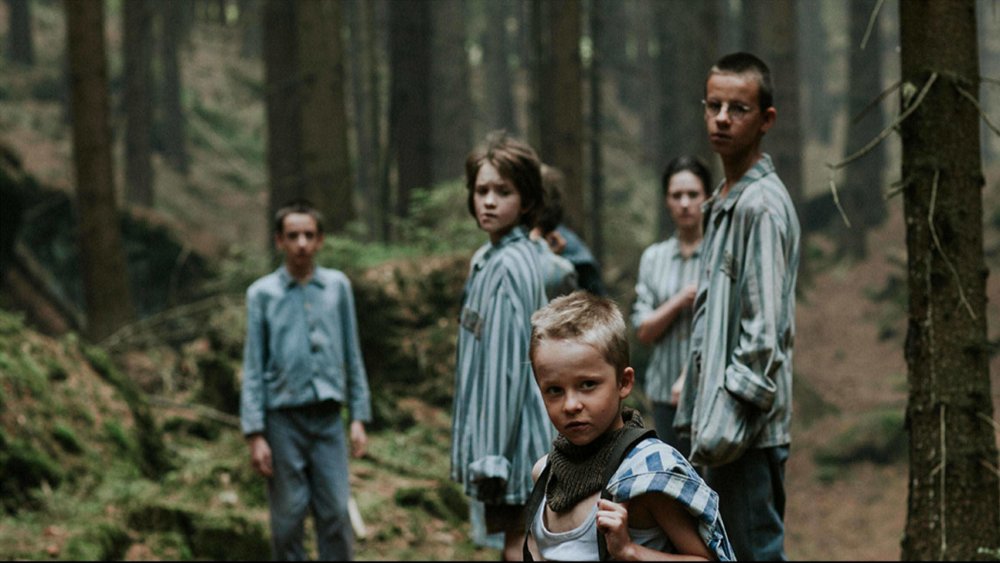 There’s no such thing as a bad dog, only bad owners. This, in essence, is the idea at the core of Adrian Panek’s Werewolf, a Polish-German-Dutch period thriller concerning a clutch of orphaned labour-camp survivors pinned down in their group home by a marauding pack of unleashed German guard dogs, the kids trying to stretch out dwindling supplies of food and water while plotting an escape.

The title of Panek’s film, whose meaning is much the same in Polish as in English, suggests the Nazi ‘Werwolf’ plan, which proposed the operation of a resistance force inside Allied-occupied Germany as enemy lines advanced towards Berlin. Werewolf begins in the inferno of the camps, with the Germans in retreat, but salvation proves to be a case of ‘out of the frying pan and into the fire’ as we follow a group of young people – the oldest, Hanka (Sonia Mietielica), can’t be more than 20 – to a new home in an isolated manor house surrounded by deep woods. There, the punishment continues, as they are attacked in turn by raping and pillaging Red Army soldiers, those yawping dogs and a fugitive Nazi who’s holed up in a hillside bunker, waiting for things to blow over.

The premise is not so far from that of Stephen King’s 1981 novel Cujo, made into a film by Lewis Teague in 1983, though the scale is very different. Here, instead of a mother and child cornered in a Ford Pinto by a single rabid St Bernard we have a whole mess of young people trapped inside a rather sprawling estate by a canine army of indeterminate size – whenever a character peers out of a window or puts their hand on a doorknob, one of the animals is right there, barking bloody murder.

Panek handles his young and largely inexperienced ensemble ably, but there’s no real sense of the lay of the land – the set-up of the house and its surroundings – essential to establishing and building the suspense of the game of inches the children are forced to play, where a single misstep can mark the difference between life and death. Pop thrillers such as Paul W.S. Anderson’s Pompeii (2014) and Jaume Collet-Serra’s The Shallows (2016) aren’t freighted with anything like the baggage of historical solemnity that Werewolf carries – it begins with a house-of-horrors imagining of the Gross-Rosen labour camp, and its scenes of children weathering near-starvation evoke the terrible depredations of the camps throughout. But what those films do have is clarity when it comes to mapping out their screen terrain, communicating exactly how much distance exists between their characters and mortal danger.

It’s uncertain if the risible term ‘elevated horror’ has been translated into Polish, but Werewolf, with its pretensions to connect its pulpy premise to real historical trauma, fits the bill. This is not to say that genre filmmakers need necessarily avoid ‘big’ themes, but that they must be ever vigilant of the nose-in-the-air aloofness that comes with lofty goals. With eyes fixed on attaining relevance, it’s easy to lose sight of the messy business of making a film.