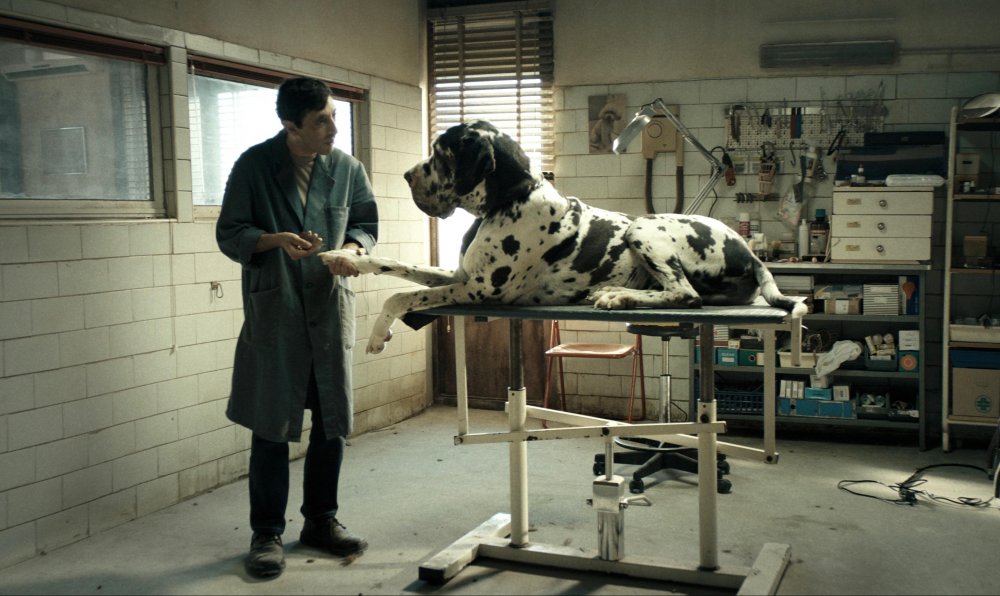 Marcello Fonte as Marcello in Dogman

Dogman opens with every cynophobic’s worst nightmare: a large vicious pit bull barking into the face of the camera. Saliva flies, teeth flash and the urge to run is strong – but not for Marcello (Marcello Fonte). “Sweety”, he croons as the jaws snap inches from him, but gradually – as Marcello cajoles and washes the animal, cooing affection all the time – the dog calms.

A dog sitter, Marcello works from his ‘Dogman’ shop in a neglected Roman suburb which seems to be crumbling into the sea. Gregarious with his neighbours, gentle with his charges, he’s also a loving father to his daughter Alida (Alida Baldari Calabria), with whom he enjoys scuba-diving. Like Luciano (Aniello Arena) from Matteo Garrone’s former Cannes-contender Reality (2012), Marcello is a character of the neighbourhood. He’s no angel – he deals some cocaine and Alida’s mother doesn’t give him the time of day – but no one who so good-humouredly shares a plate of pasta with his dog can be truly bad.

But bad things happen to good people throughout Garrone’s work. And the truly bad comes in the form of thug Simone (Edoardo Pesce), a human Rottweiler who terrorises everyone, breaking noses and bullying the local business owners to such an extent they consider calling in ‘some guys’ to take care of him. Simone uses Marcello as a source of free coke and as an unlikely getaway driver. Marcello, for his part, is intimidated but also drawn to the ex-boxer’s aggressive confidence. Maybe, Marcello sees in Simone an untamed animal who just needs patience to be brought to heel. 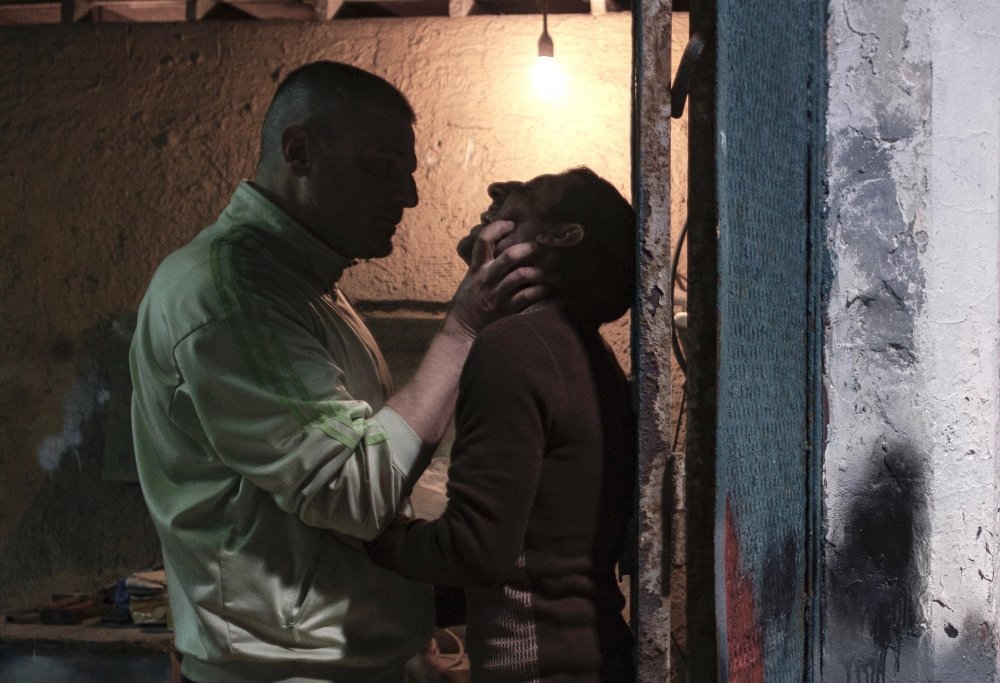 If so, he’s mistaken. When Simone bullies Marcello into letting him use his shop to break into the gold-buyers next door, suspicion falls on Marcello and, after refusing to snitch on Simone, he is sent to prison. Having served a year, he returns to find Simone as bad as ever and his former friends now shunning him as a rat. To make matters worse, Simone refuses to pay him his share and Marcello begins to brood on revenge.

Following the wild diversion into the fantastic of Tale of Tales (2015), Dogman marks a return to Garrone’s neorealist roots, taking inspiration from an infamous incident which occured in 1988. The more gruesome details of the true story are avoided (Sergio Stivaletti’s Rabbia furiosa – Er canaro promises to tell another version as a horror film later this year). Here, Garrone and fellow screenwriters Ugo Chiti, Massimo Gaudioso and Maurizio Braucci present instead a toxic relationship reminiscent of Garrone’s 2002 film The Embalmer. Fonte is superb as the beleaguered little man whose gentle dopiness is no match for the blunt force of his frenemy and the indifference of the society around him.

For Garrone, Italy’s beauty might not be so great as the stupefied glitz of Paolo Sorrentino’s vision but with cinematographer Nicolai Brüel he creates a convincingly grimy and rainy view of the Bel Paese. The barren streets, decaying shops and lurid nightclubs give off a noirish vibe, matching the sense of doomed inevitability as Marcello finally starts to show some teeth. But for Garrone revenge is a fumbled tragedy rather than a power fantasy.

Earlier in the film, Marcello learns of a dog locked in a freezer. At great personal risk, he rescues the dog and slowly revives it in the sink. It is a beautiful moment of quiet unfussy heroism and suggest that though Dogman might well be bleak, it recognises humanity when it sees it.