In a 16th-century leprosarium accessible only by an antique boat, festival-goers were able to explore new interactive narratives via a wildly diverse set of entries in Venice’s first VR competition. 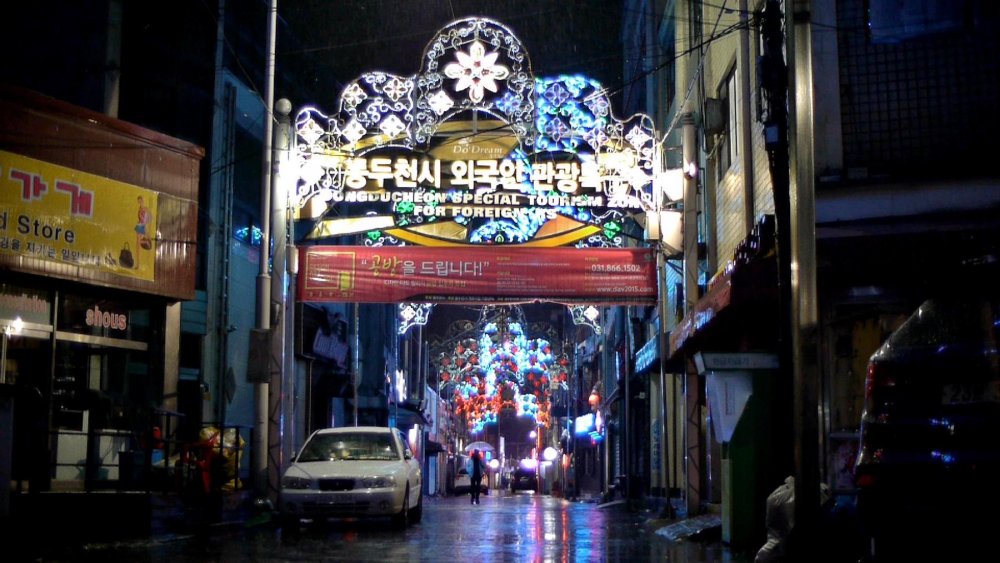 Bloodless, a short VR documentary about the sex work around US military bases in South Korea

Last year, the world’s oldest film festival dipped a tentative toe in the Virtual Reality pond, with an underwhelming little showcase headlined by Jesus VR: The Story of Christ, a shoddy panoramic re-enactment of the messiah’s greatest hits.

This year Venice went all-in on the nascent medium, with a first-of-its-kind competition strand comprising 22 wildly diverse works, from a four-minute promo for an interactive mystery series to a near feature-length film from a former Golden Lion winner. An entire island in the Venetian lagoon, Lazzaretto Vecchio, was devoted to the new initiative, with the works exhibited in a partially restored Renaissance-era hospital and leprosarium, and a vintage shuttle boat on hand to ferry visitors over from the Lido. Once you’d fought through the overly elaborate booking process, it was a spectacular, beguilingly anachronistic setting for a bumper display of cutting-edge tech and bold artistic experimentation. 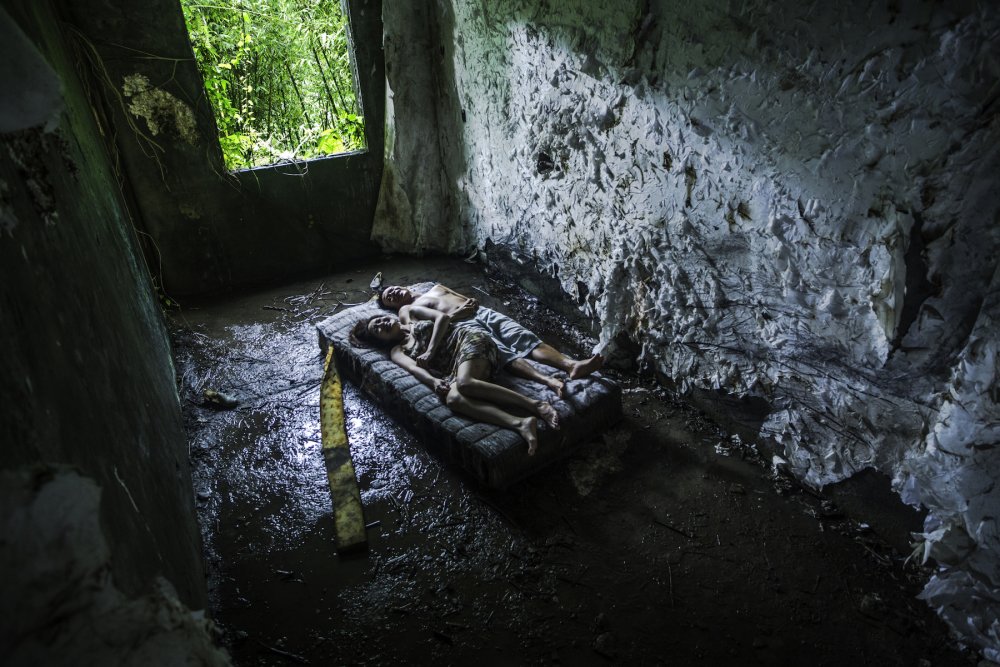 From a cineaste’s perspective, the most enticing proposition is surely The Deserted, a 55-minute, 360-degree film by 1994 Golden Lion winner Tsai Ming-liang, screening in a 50-seat pop-up VR theatre. It’s a predictably enigmatic, entirely wordless serving of slow cinema, in which the viewer is thrust directly into the dilapidated living space of a grieving man (Lee Kang-sheng), who is literally haunted by the ghosts of his past. Straight out of the gate, Tsai has tapped into VR’s potential for instilling an unsettling sense of non-consensual voyeurism; in the most memorable sequence, the viewer is dropped into a giant bathtub directly opposite a naked Lee, as he gently strokes a fish.

Alas, presentational shortcomings severely diminish the film’s impact. Samsung’s smartphone-powered wireless Gear VR headsets currently offer the most cost-effective means of delivering a communal VR experience, but the image quality is underwhelming at best, and positively headache-inducing after an extended session. VR promises an experience akin to jumping into the world of a movie, but this feels more like being dragged inside a stuttering VHS recording of said movie. In a recent Variety interview, Tsai acknowledged the sizeable disparity between what he filmed and what most viewers will experience. Advances in wireless VR will soon address this problem, but for the time being this mode of exhibition is unlikely to win many new converts.

The most impressive theatrical presentations make a virtue of these technical restraints. Screening out of competition, Miyubi is a charming 80s nostalgia trip in which the grainy image quality feels like a deliberate retro aesthetic choice. The creators also make narrative sense of your omniscient perspective by casting you as a primitive toy robot, presented to a delighted kid on Christmas morning. Over the course of a year, your status in the household slowly diminishes from prized possession to malfunctioning heap of junk, as your unblinking eye bears witness to all manner of comical domestic flare-ups. With sharp writing and decent performances, it offers a tantalising glimpse of how VR can offer a fresh new spin on mainstream narrative entertainment. 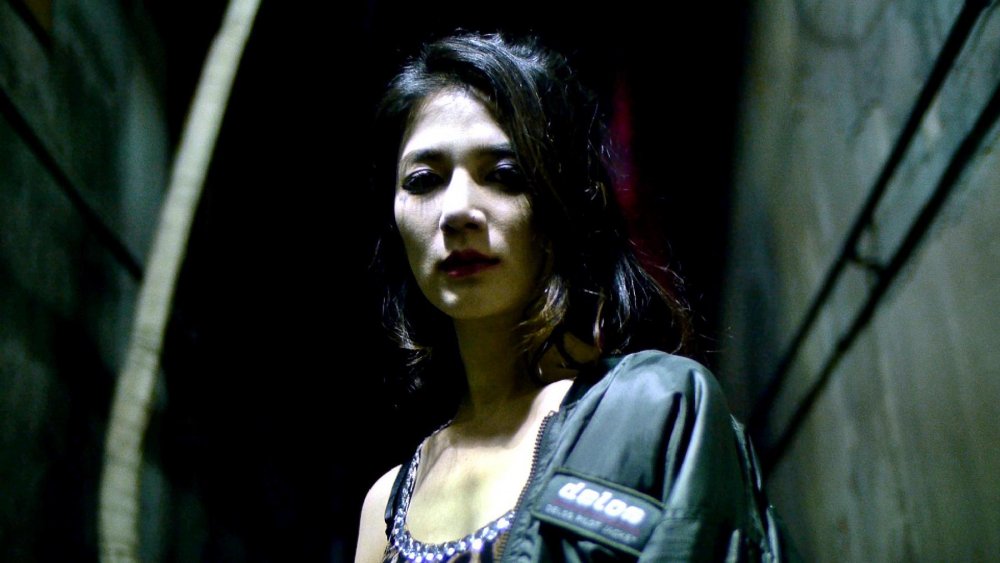 At the opposite end of the spectrum, Bloodless is an expressionistic short documentary about the sex industry that thrives around US military bases in South Korea. Inspired by the 1992 case of a sex worker murdered by an American soldier, its closing image of blood slowly leaking out of a bunched-up blanket is rendered all the more horrifying by the way one feels physically trapped in the room. In this instance the low-res imagery intensifies the sense of uncertainty and menace, in a manner that calls to mind Lynch’s Inland Empire. It certainly deserved its ‘best VR story’ award, presented by inaugural Venice VR jury head John Landis at the festival’s closing night ceremony.

But it’s the interactive single-user experiences, harnessing more sophisticated technology, that really shine. Draw Me Close: A Memoir is an enchanting fusion of impressionistic animation and interactive theatre, devised by Canadian playwright and filmmaker Jordan Tannahill.

Upon being fitted with a headset and hand-tracking glove, you’re at first met with dazzling white emptiness. A 3D black-line sketch of a bedroom then begins to form. You’re instructed to walk towards a bed and sit on it, and you realise you’ve been unknowingly ushered onto a physical set that corresponds directly to your animated surroundings. You’re suddenly experiencing a vivid childhood recollection of a man as he cares for his terminally ill mother.

An actress brings startling physicality to your virtual companion, reaching out to hug you, guiding your movement in a way that never breaks the sense of immersion, and even tucking you into bed at one point. The overall experience is a supremely effective, bite-sized exploration of the nature and power of memory, with shades of Michel Gondry’s Eternal Sunshine of the Spotless Mind.

Alice, the Virtual Reality Play employs similar techniques to more unnerving effect. A red velvet curtain opens up to reveal a room, empty save for a box on a table. Shortly after you open the box, a highly- strung, human-sized rabbit bursts in, and begins to bombard you with questions. A few seconds of awkward silence should be sufficient for the penny to drop that you have been cast as the titular Alice, and it’s up to you to answer these questions as you please. What follows is a frantically paced, disconcertingly creepy quest to prepare for your coronation as the new queen of Wonderland, equal parts puzzle game and virtual magic-mushroom trip. 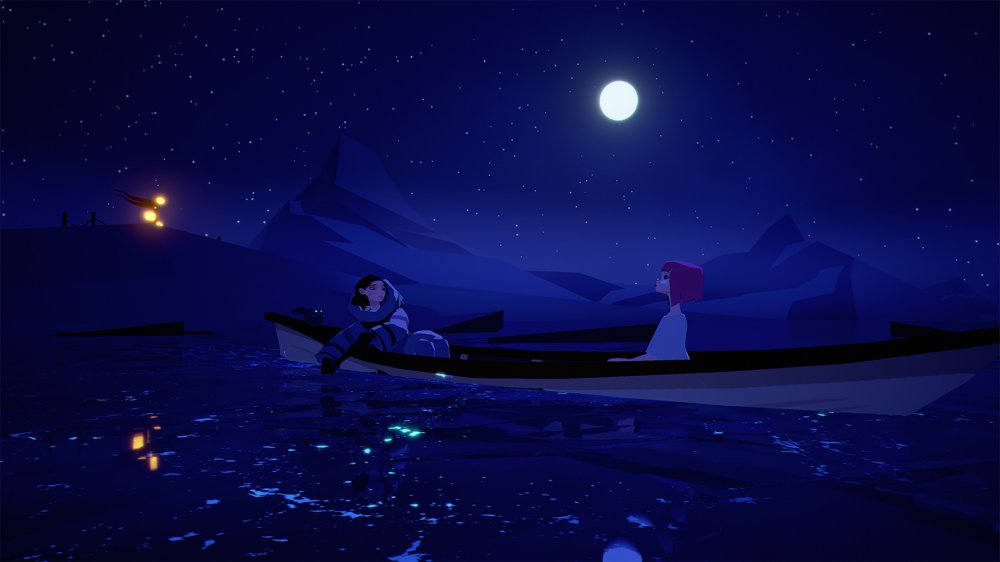 Sci-Fi CG animation Melita, another out-of-comp offering, evokes a more straightforward sense of childlike wonder. I could take or leave its heavy-handed environmental sermonising, but loved the simulator ride-style sensation of soaring through the air across snowy plains.

The Last Goodbye meanwhile makes a powerful case for VR’s potential as an educational tool. In this sombre 20-minute experience, you accompany Holocaust survivor Pinchas Gutter as he revisits the concentration camp where his sister and mother were slaughtered. You’re free to wander around deserted gas chambers and incinerator rooms, a wireframe grid popping into view whenever you’re in danger of bumping into a real wall, as Gutter delivers his harrowing recollections. It makes for an undeniably jolting history lesson. 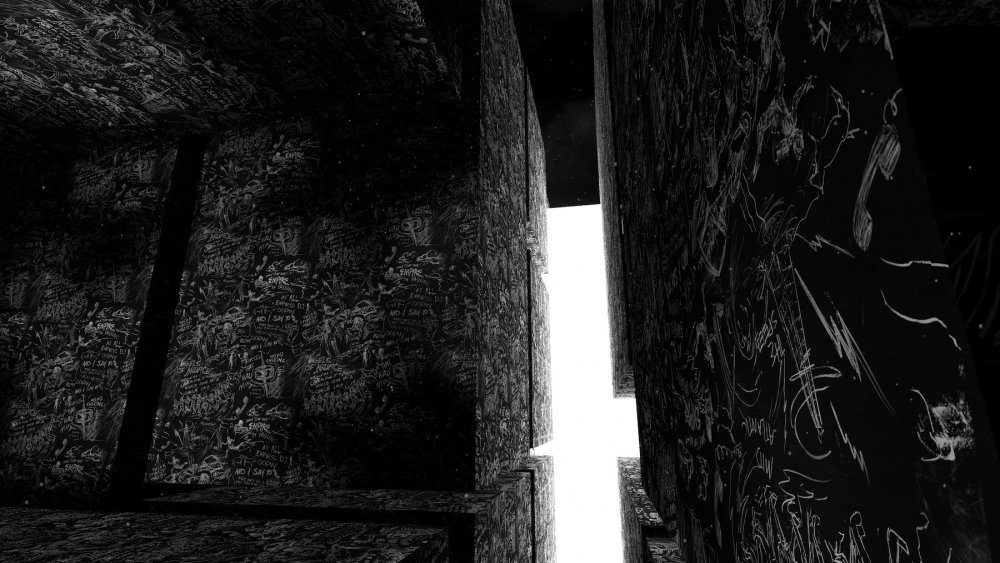 And La Camera Insabbiata, winner of the competition’s ‘best VR experience’ prize, is a cavernous interactive avant-garde installation by the inimitable Laurie Anderson and Taiwanese new media artist Hsin-chien Huang, which is explored by ‘flying’ using motion controllers. Setting aside the gravity-defying gimmickry, the ominous, cathedral-like space the pair have created is remarkable – VR might prove quite the gift to conceptual artists in the coming years.

Quite how Landis and his jury went about assessing the relative merits of such wildly eclectic experiences is frankly beyond me. But while creators of all stripes, like the programmers at Venice, are clearly just beginning to wrap their heads around VR, said eclecticism makes a powerful case for its viability as an artistic medium.