Frances McDormand cuts to the quick as the crabbed protagonist of Lisa Cholodenko’s transfixing tragicomedy of female unlikability. 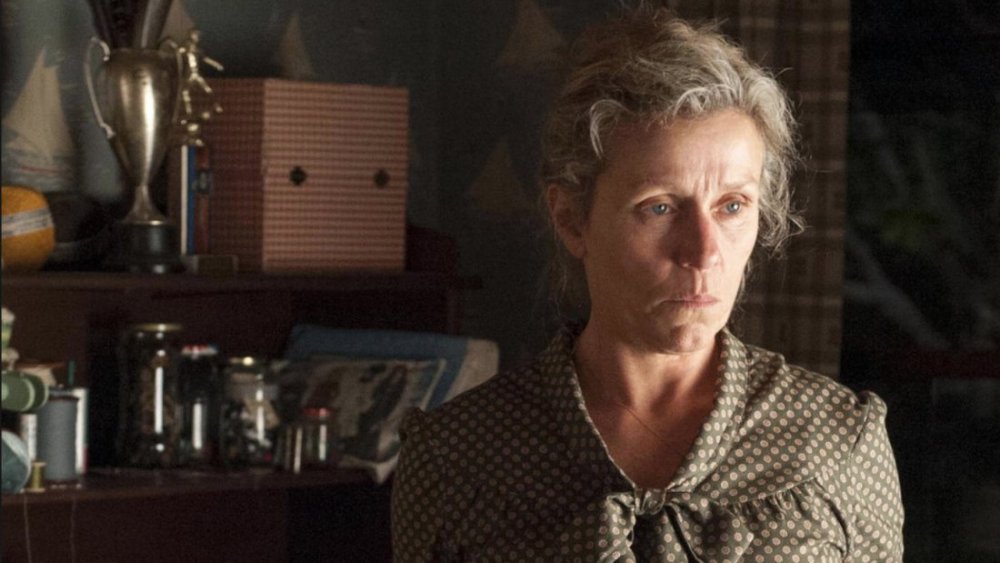 When Frances McDormand accepted her Best Actress Award from the Screen Actors Guild, expressions of gratitude were in short supply. Instead, she promoted Olive Kitteridge and herself. Aggressively. “We love Olive Kitteridge,” she said, including co-star Richard Jenkins in the embrace. She wished the audience could “hang out” with them and see more of their work. Noting where the four-part HBO series had appeared, where it was now appearing (in-flight) and when it would come out in DVD, she concluded with a feminist rallying cry: it needed to be four hours long and could have been longer. Women’s roles need time to develop. “Ninety minutes is not enough to tell a female story,” she said: four hours is good, six better. And then she waved her hand into an episode-lengthening future.

Olive Kitteridge is now available on DVD and Blu-ray from Warner Home Video.

McDormand was still in character as the bullying, blunt, angrily ageing woman who revels in her own tactlessness and circulates through the town of Cosby, Maine like a black cloud, ready to unleash her own brand of poison gas on the “saps”, “dopes” and “nuts” who surround her. A math teacher who gave everyone Cs, the daughter of a father who committed suicide, she prides herself on her no-nonsense, tough-love approach to life, unable to see when tough love shades into just plain meanness.

In the mysterious attachment at the arhythmic heart of the story, she is married to a man who is her opposite: the affable, optimistic pharmacist Henry, whose very goodness grates on her. He’s the sort of person who, when a suicidally depressed woman asks for an extra supplement of valium, advises her to use a 100-watt bulb instead of a 60. In terse, barely audible and often very funny aphorisms, Olive ridicules her husband and her son Christopher. 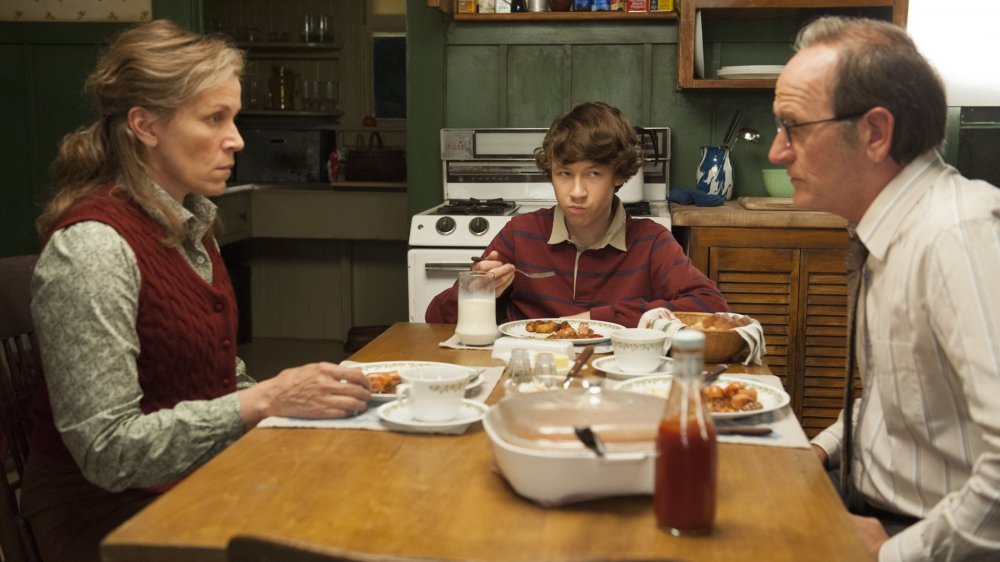 And though we don’t necessarily like her, or even forgive her, we can’t help but be fascinated by this woman. For one thing, there’s something startling and invigorating about her very abrasiveness: her immunity to the socially ingrained desire to please, her ability to do without the comfort of approval; her wallowing knee-deep into old age with her eyes unblinkered. And then there are those spurts of visceral generosity toward fellow sufferers, when she suddenly leaps out of character, dropping what Henry calls her “Oliveness” to save or succour another soul in torment.

We live in a time of greater latitude for actresses, stars deliberately taking on unglamorous roles, daring to bump against the likability factor. Though never a cover girl, McDormand herself pushed the envelope with the goofy Marge Gunderson in Fargo. But the latitude is by no means unlimited, and to feature such a female protagonist – old, unadorned, unsympathetic – is rare enough for a book, but virtually taboo on the screen, where we expect women to be likeable or else babes and femmes fatales.

A longer version of Elizabeth Strout’s brilliant, Pulitzer-Prize-winning novel might be desirable if only to provide a more generous helping of the book’s secondary characters. However, I’m not sure I’d have wanted more of Olive. As challenging as she is and as brilliantly played by McDormand – and the actress’s decision as executive producer to concentrate on her makes sense – the virtue of Strout’s interlocking stories is to dilute Olive’s baleful influence a bit, focusing on neighbours and strays in whose dramas the town virago is just a walk-on. 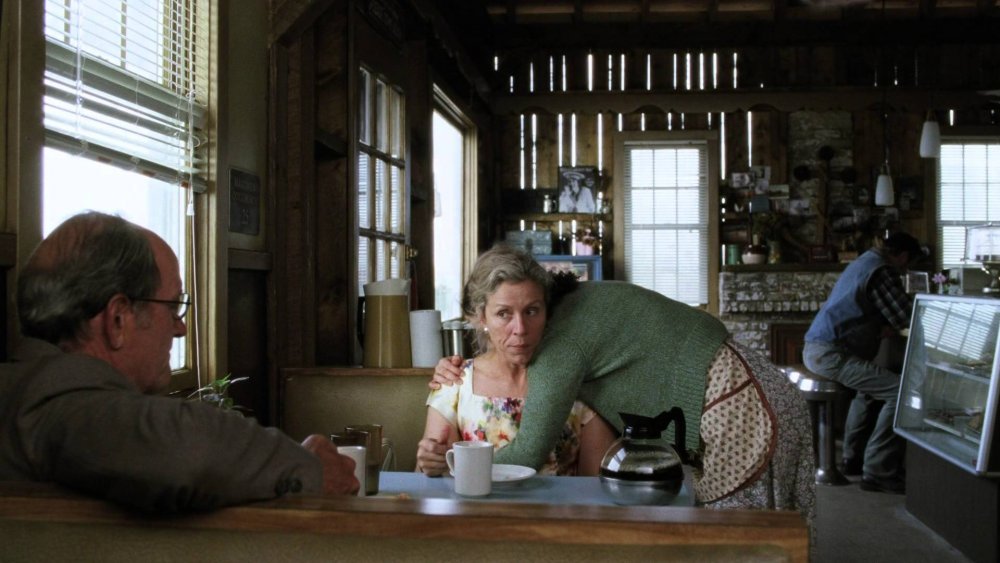 Not that the citizens of Cosby are bursting with joy. The ruggedly beautiful coastal town harbours more than its share of sudden deaths, suicides and almost-homicides. And those who resist such ultimate feats of desperation (most have guns, but a car will do) are ridden with loneliness and disappointment. A nice God-fearing, churchgoing town that no longer believes, or attends. The elders are baffled by the young and their ‘buddy fucks’, their grass and granola, while the young are suffering from their own inner turmoil.

Dawn has become midnight in American television, and paving the way for the dark palette and gallows humour of Olive’s Maine are such pitch-black (and regional) spins on perversion of the American dream as The Sopranos (New Jersey), Breaking Bad (Arizona), Justified (Harlan County) and The Americans (Washington).

The filmmakers – scriptwriter Jane Anderson and director Lisa Choldenko – have done an extraordinary job in finding vivid and ingenious ways to condense Strout’s material, inventing visual correlatives for characters’ inner states. An exception is the opening scene in which Olive goes into the woods with a gun, then decides against offing herself. To me, this strikes the wrong note: too violent, too blunt, but also out of character. If suicide is anger turned inward, there’s nothing inward about Olive’s rage, which is ever on the boil. 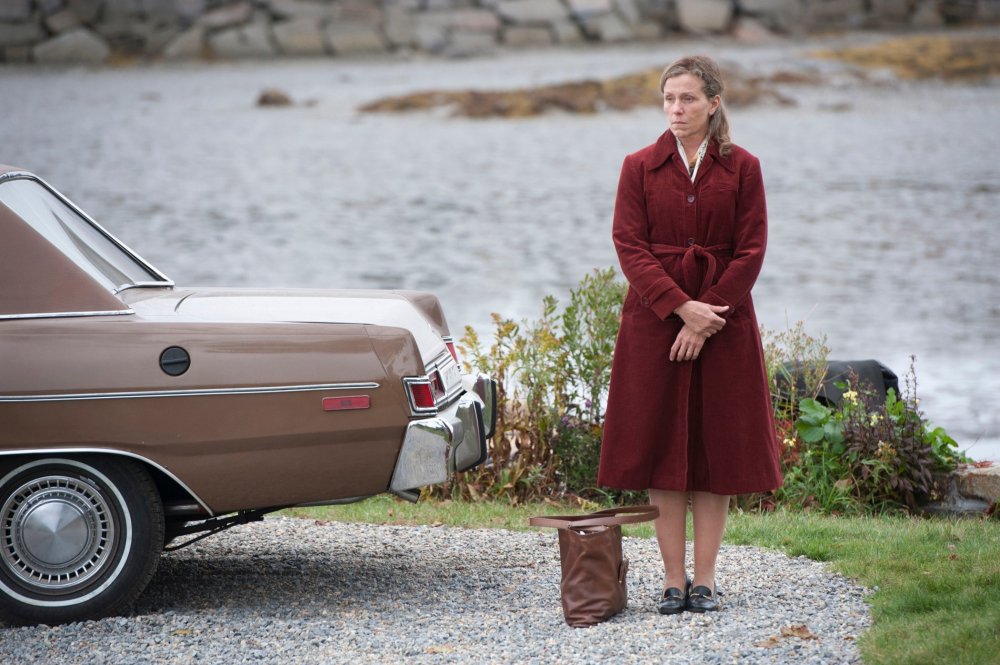 Otherwise the film is nearly pitch-perfect, thanks to the way Cholodenko manages the all-important shifts in tone, preserving a light touch amidst so much misery. The director showed her talent for combining satire with genuine feeling in such movies as Laurel Canyon (also starring McDormand) and The Kids are All Right. Here she captures the deadpan rhythms of Maine speech (laconic-paranoid) and uses blackout editing to blunt the horrors and forestall self-pity. Even in the scariest moments (Kevin’s rescue of the girl who has gone over the cliff; the hold-up scene in the hospital) are laced with humour.

Our confidence in Cholodenko comes early on, in the mordant scene in which Lois, Henry’s sour assistant, dies from a stroke on the sidewalk outside the pharmacy. She’s lying there, her skirt having ridden up to her waist exposing her pants, when Henry discovers her. He’s giving her mouth-to-mouth respiration when Rachel, the valium-addicted depressive, comes out. “She’s dead, Henry,” Rachel says as Henry flutters and continues to breathe into the corpse. “You might pull her skirt down,” Rachel says as she walks off, and Henry does.

The news of Lois’s death recurs like a musical theme that night at dinner, and becomes a shamefully funny point of dissent between a pious Henry on one side, and the giggling Olive and Christopher on the other. The acting is prodigious throughout, with the marvellous Jenkins (best known for Six Feet Under, here reteaming with McDormand after the Coen brothers’ The Man Who Wasn’t There) more than a foil for Olive. He’s an emblem of kindness but also one who plays a role that, like Olive’s, has been partly foreordained by earlier lives. 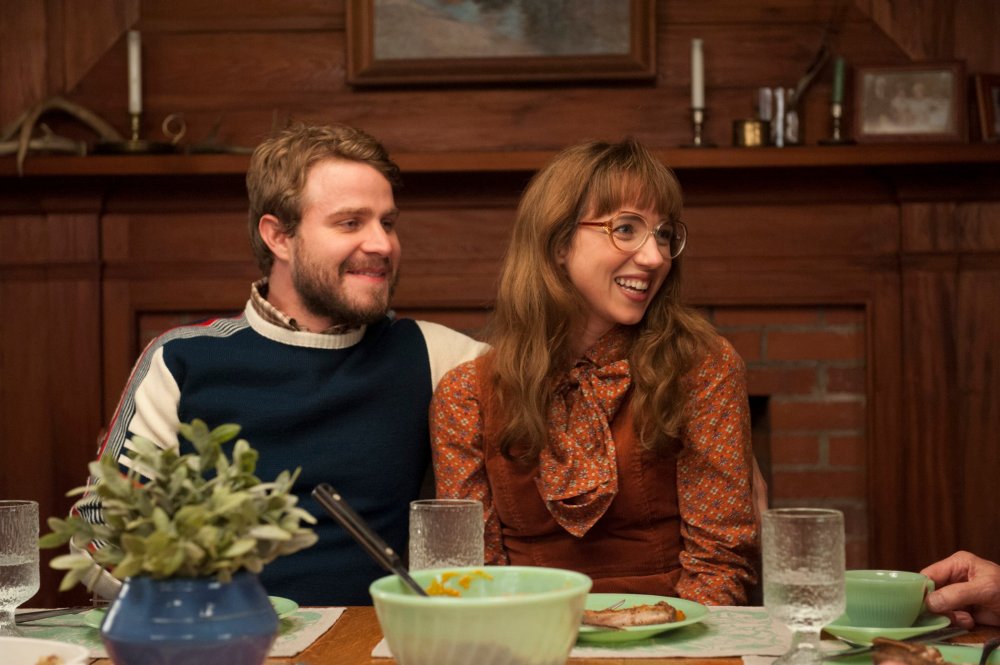 The movie shuttles back and forth in time over some 20 years of the Kitteridge marriage, Christopher’s growing up, marrying twice, and – most heartbreakingly – moving away forever. Instinctively needing to escape the suffocation of habit, Olive and Henry have their infidelities of the heart. The latter develops a powerful attachment to the “Mouse”, as Olive calls her: the naïve, eager-beaver Denise (Zoe Kazan) who becomes Henry’s assistant. The crush is a complex mix of fatherly, erotic, liberating, and comical. For her part, Olive’s love – reciprocated but never consummated – is with a fellow teacher Jim O’Casey (Peter Mullan), a brooding, chain-smoking Catholic father of six.

Fans of the book will inevitably miss the back stories of key characters, like the Harmon-Bonnie-Daisy triangle, or Angie (Martha Wainwright), the kind lush who sings and plays at the piano bar that serves as a way station in the movie. We get perhaps a little too much of Kazan’s Denise, who, with her goggle-eye glasses and puppy-dog cluelessness, is the only character that borders on caricature, but even she finds her own inner dignity.

The movie, like the book, finds and illuminates many times over the great paradox of love: the terrible need for it, the terrible loneliness within it. Loneliness can kill people, Olive says, but much of her own is self-inflicted. She can’t bear pity, so when Christopher’s estrangement exposes her own maternal deficiencies for all to see, she seeks out others whose children have been greater disasters. It doesn’t work until she stumbles – almost literally – on Jack Kennison (Bill Murray), a locally famous (and disagreeable) Harvard graduate, whose genial wife, the better half, has died. 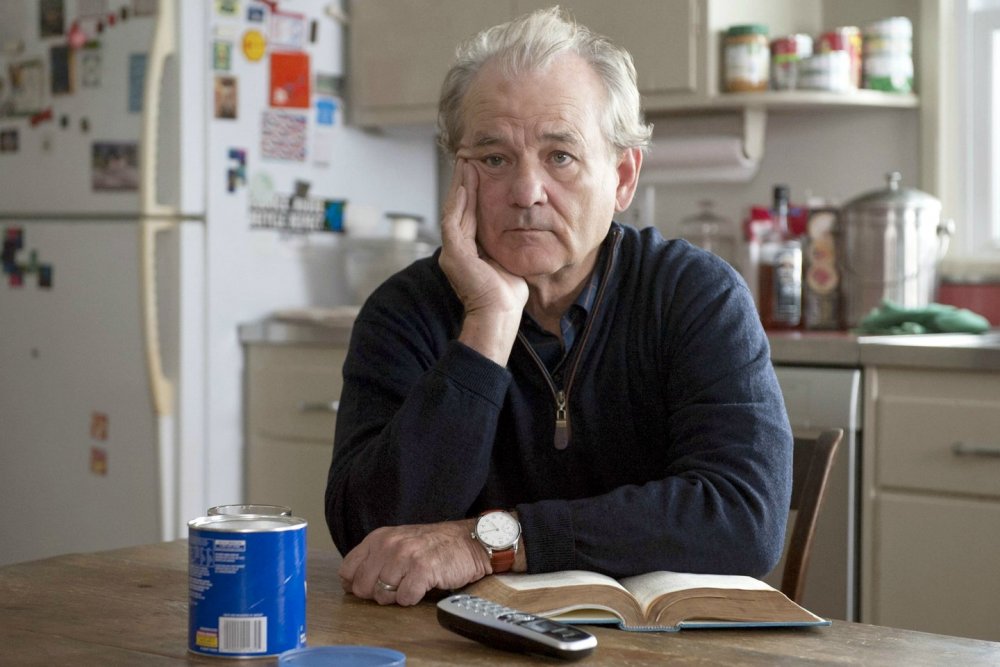 Olive, now in a similar position with the death of Henry, establishes a grudging rapport with Jack, forgiving (or overlooking) his Republicanism when she finds that his relationship with his lesbian daughter is far worse than hers with Christopher. In the depths of their common misery, they can finally acknowledge their guilt. Thus do these two wounded souls reach out to each other, and not just spiritually. The movie ends slyly, beautifully, with a hard-won moment of grace.