Film of the week: Three Billboards Outside Ebbing, Missouri is a bitterly poignant comedy

Martin McDonagh’s small-town policing story has a greater emotional depth than his previous offerings, thanks in part to Frances McDormand’s sincere portrait of a grieving mother. 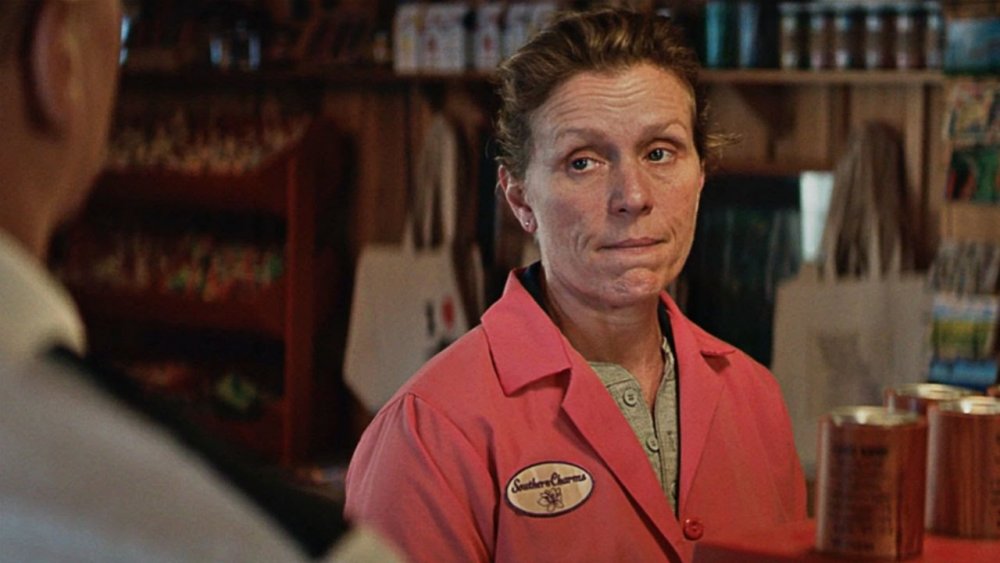 Halfway through Martin McDonagh’s stylish, bitter black comedy Three Billboards Outside Ebbing, Missouri, a fawn appears before Mildred Hayes (Frances McDormand) as she’s planting flowers beneath one of her three billboards. These signs ostensibly protest the failure of local sheriff Bill Willoughby (Woody Harrelson) to find the killer and rapist of Mildred’s teenage daughter Angela, but they have taken on the quality of a lurid memorial. For the first time in the film, and only because she’s alone, Mildred drops her hard-as- nails act when she sees the fawn. She tenderly addresses the visitor, speculating whether it’s Angela reincarnated. “Well, you’re pretty, but you ain’t her,” she says. After the fawn has wandered off, Mildred bows her head and almost sobs.

Mildred’s encounter with the fawn is highly reminiscent of the scene in which Helen Mirren’s HRH is fleetingly confronted by a soon-to-be-butchered stag near Balmoral in The Queen (2006) – a metaphor for the hounding to death of another beautiful young woman. It comes shortly after a revelatory flashback to an argument between mother and daughter: Mildred won’t let Angela use her car because she’s been smoking pot all day; Angela sneers that her mother is a hypocrite, as she used to drink-drive with Angela and her brother Robbie in the car. It’s true, Mildred admits, but she did it only because her husband Charlie had been hitting her. These details convincingly sketch in the family’s wretchedly dysfunctional history. The exchange ends with Angela snapping that if she can’t have the car then she’ll walk, and maybe she’ll get raped on the way – to which Mildred passively-aggressively retorts that she hopes she does.

That Angela was indeed raped that night as she was dying, and that her body was burned by the killer, explains Mildred’s attempt to alleviate her crushing feelings of guilt by lashing out at Willoughby’s police department. It’s a form of therapeutic transference, desperate and unwarranted but understandable. Mildred’s refusal to remove the billboard signs – even though Willoughby says he’d do anything to catch the killer, that the law prevents him carrying out widespread DNA testing, and that he is himself dying of cancer – elicits an appalled silence from the sheriff. The conversation evokes Jean Renoir’s words from La Règle du jeu (1939) – “The awful thing about life is this: everybody has their reasons.” 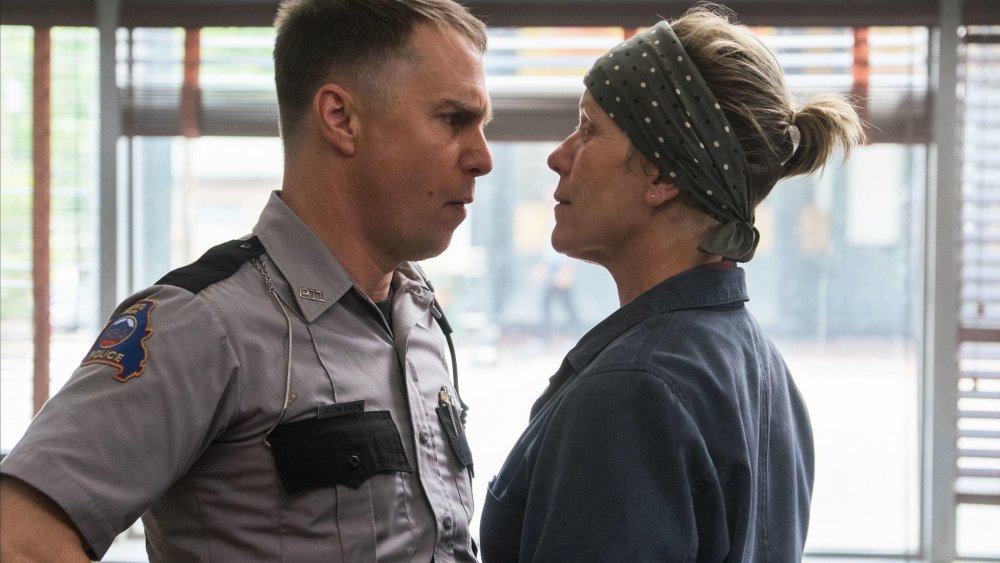 Mildred comes closer to expressing guilt when she apologises to Willoughby’s wife Anne (Abbie Cornish) for perhaps contributing to his subsequent suicide, though Anne absolves her of blame – Mildred is transparently innocent, as she well knows. Though taken seriously by police officer Jason Dixon (Sam Rockwell), the feud between Mildred and Willoughby had in fact become a collusion, as evidenced by Mildred stepping outside their enmity to sympathise – “Oh, baby” – when he coughs blood during one of their confrontations. As usual, McDonagh is alert to how conflicts are codified into games by opponents who share affinities: Colin Farrell and Ralph Fiennes’s characters in McDonagh’s In Bruges (2008) and the two opposing ‘teams’ in Seven Psychopaths (2012) all set playground rules before embarking on western-style shoot-outs.

McDonagh has proceeded quite cynically as a filmmaker. In Bruges was beautifully shot and glitteringly written, but what was the point of it? Seven Psychopaths was an ingenious but heartless postmodern metafiction about screenwriting that became tricksy by the end and lacked the richness of Spike Jonze and Charlie Kaufman’s like-minded Adaptation (2002). McDonagh has also shown too many debts to Quentin Tarantino – the cancer-afflicted Myra (Linda Bright Clay) facing down the man about to shoot her (Harrelson) in Seven Psychopaths closely echoes Dennis Hopper facing down Christopher Walken inthe Tarantino-scripted True Romance (1993).

What places Three Billboards in a higher emotional register than its two predecessors is the tragic poignancy of Angela’s death and the sincerity of the sorrow Mildred expresses to Willoughby and Anne. The late rapprochement between Mildred and Dixon – played to perfection by McDormand and Rockwell – begins when he tells her where they can find the rapist drifter who has menaced Mildred and beaten up Dixon. It turns into something much more hopeful when they confess to each other that they’re uncertain whether or not they’ll kill him – McDonagh persuasively rejecting the eye-for-an-eye morality jokingly discussed in Seven Psychopaths.

Related to Film of the week: Three Billboards Outside Ebbing, Missouri is a bitterly poignant comedy