System Crasher: a traumatised nine-year-old girl falls through the cracks

Nora Fingscheidt’s powerful debut exposes a system unable to cope with a young girl removed from her mother’s care and prone to fits of uncontrollable rage. 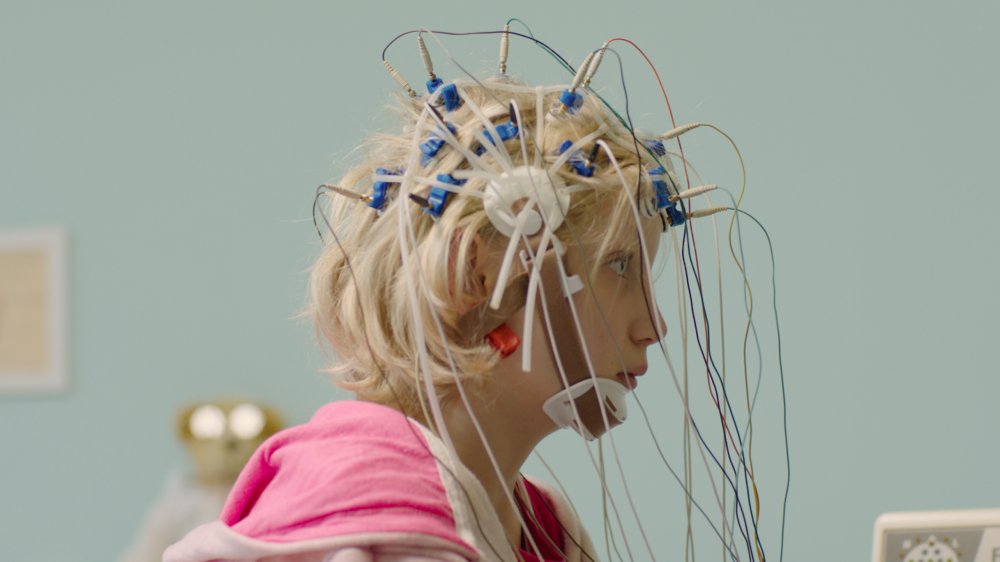 There’s certainly something about Benni. And it’s not just that this troubled nine-year-old German girl – the dynamic protagonist of writer-director Nora Fingscheidt’s powerful, desperately moving debut System Crasher – is prone to fits of uncontrollable rage that have seen her removed from her mother’s care and shunted around a variety of social institutions. More affecting is the fear and confusion that lurk behind Benni’s hard-edged defiance, her heartbreaking search for understanding and acceptance from a society that is simply unable, if not always unwilling, to support all those fighting for survival on its fringes.

It’s an astonishing central performance from the blonde-haired Helena Zengel, who veers from feral ferocity to desperate vulnerability with whiplash speed. Working from Fingscheidt’s sensitive, balanced screenplay, Zengel celebrates Benni’s highs (such as they are) as well as laying bare the lows. Moments in which she runs with abandon through the forest with social worker Micha (Albrecht Shuch) or takes joy in ice-skating are just as important as those in which her overwhelming feelings of rejection — particularly at the hands of her barely coping mother Bianca (Lisa Hagmeister) — turn into terrifying fights which put her in the hospital, or see her shipped off to the next care home.

While it is clear that Benni is at the mercy of a system ill-equipped to help her, System Crasher is careful to show how social workers like Micha and Frau Bafane (a wonderful Gabriela Maria Shmeide) do their best but are limited by a lack of resources and their own human fallibility. Two weeks with Benni in his isolated woodland cabin enables Micha get closer to her than anyone has before, and she even begins to respond, slowly, to his undivided attention, but this level of care is simply not sustainable; particularly as he has his own family to support.

And it’s not just Benni who suffers from the seeming inevitability of failure. “I’m having rescue fantasies,” admits a distraught Micha at one point, who dreams of saving Benni even as he knows that that is totally beyond him. Later, after fighting her way through a series of futile placement meetings, Frau breaks down in unstoppable tears after Benni’s hopes of being reunited with her mother are dashed yet again when Bianca refuses to even see her daughter.

DoP Yunus Roy Imer, editors Stephan Bechinger and Julia Kovalenko, and composer John Gürtler work in harmony to effectively underscore Benni’s fractured sense of self. Her outbursts are filmed in extreme close-up with sharp, disorienting cuts; the camera takes a step back in calmer moments, framing her small form against looming trees, cavernous hospital rooms. The score, too, speaks to Benni’s unique blend of fragility and ferity; impulsive and often overwhelming, it is the perfect expression of her emotions when she lacks the words to articulate her feelings.

And, in a wry nod to the traditional femininity Benni so viciously rejects, pink is a recurring motif; her bright jacket, the way in which in her anger is depicted as a pink mist descending over the screen. That her fantasies about being reunited with her beloved mother are also tinged with pink effectively highlights the lingering devastation wrought by childhood trauma.

Related to System Crasher: a traumatised nine-year-old girl falls through the cracks