‘The Million Dollar Baby’, who has died aged 101, was one of the first and surely the youngest of Hollywood’s celebrity minors, as nonchalant on screen as she was vulnerable on set. She was likely also the last living silent film star. 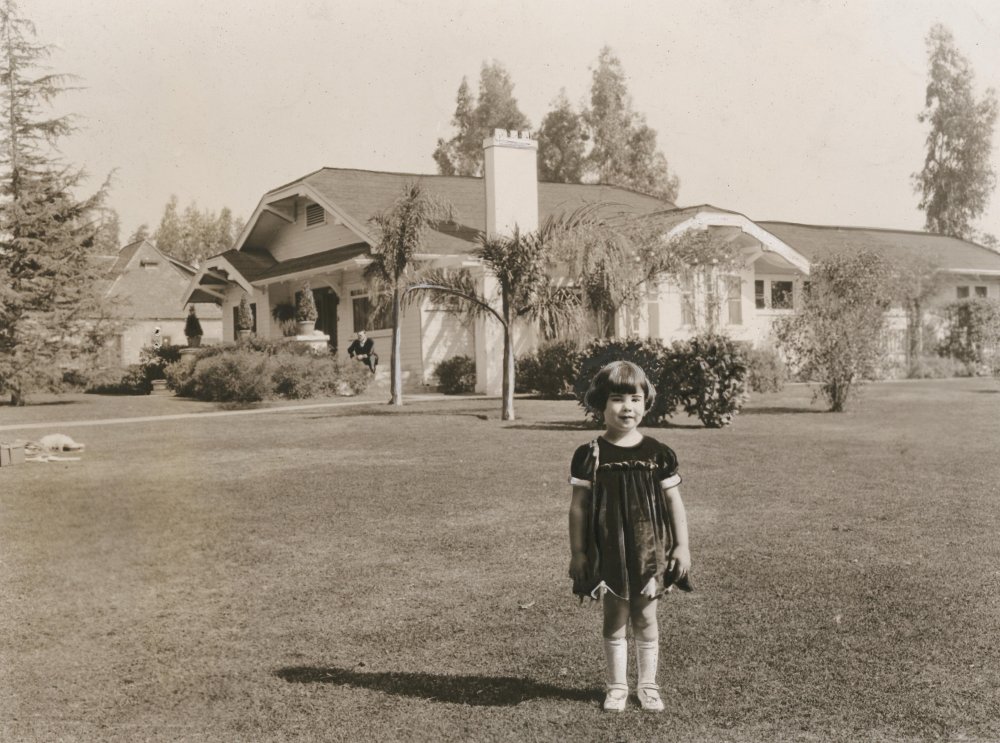 Diana Serra Cary, known to millions as Baby Peggy, child star of the silent screen, has died aged 101. Her death marks the passing of an era too, because it’s almost certain that she was the last living silent film star.

Cary was a mere toddler, just 19 months old, when she first stepped in front of a camera, in 1921, to the instant delight of cinema audiences. By 1923, she was known as The Million Dollar Baby, earning $1.5 million a year. In 1922 alone, she received 1.2 million fan letters. Though the height of her fame lasted just five years, and her movie career was over before the second world war, she made around 150 films, most of which are now lost. Nevertheless, she left her mark on Hollywood, not just thanks to her vivacious appearances on film, but also because of her campaigning to improve the working lives of child stars who came after her.

She was born Peggy Jean Montgomery in 1918 in San Diego. Her father was in the movie business as a stuntman and double for Tom Mix, but she was spotted by a producer when she visited Century Studios with her mother and a friend who worked as an extra. Director Fred Fishback hired her to star in a series of films with Brownie the Wonder Dog (she ruefully pointed out that she and Brownie were on the same wage), beginning with Playmates in 1921. Playmates was a hit, and soon Cary’s fame outshone that of her canine co-star and she was signed to a much longer contract at Century, while her father gave up his job. 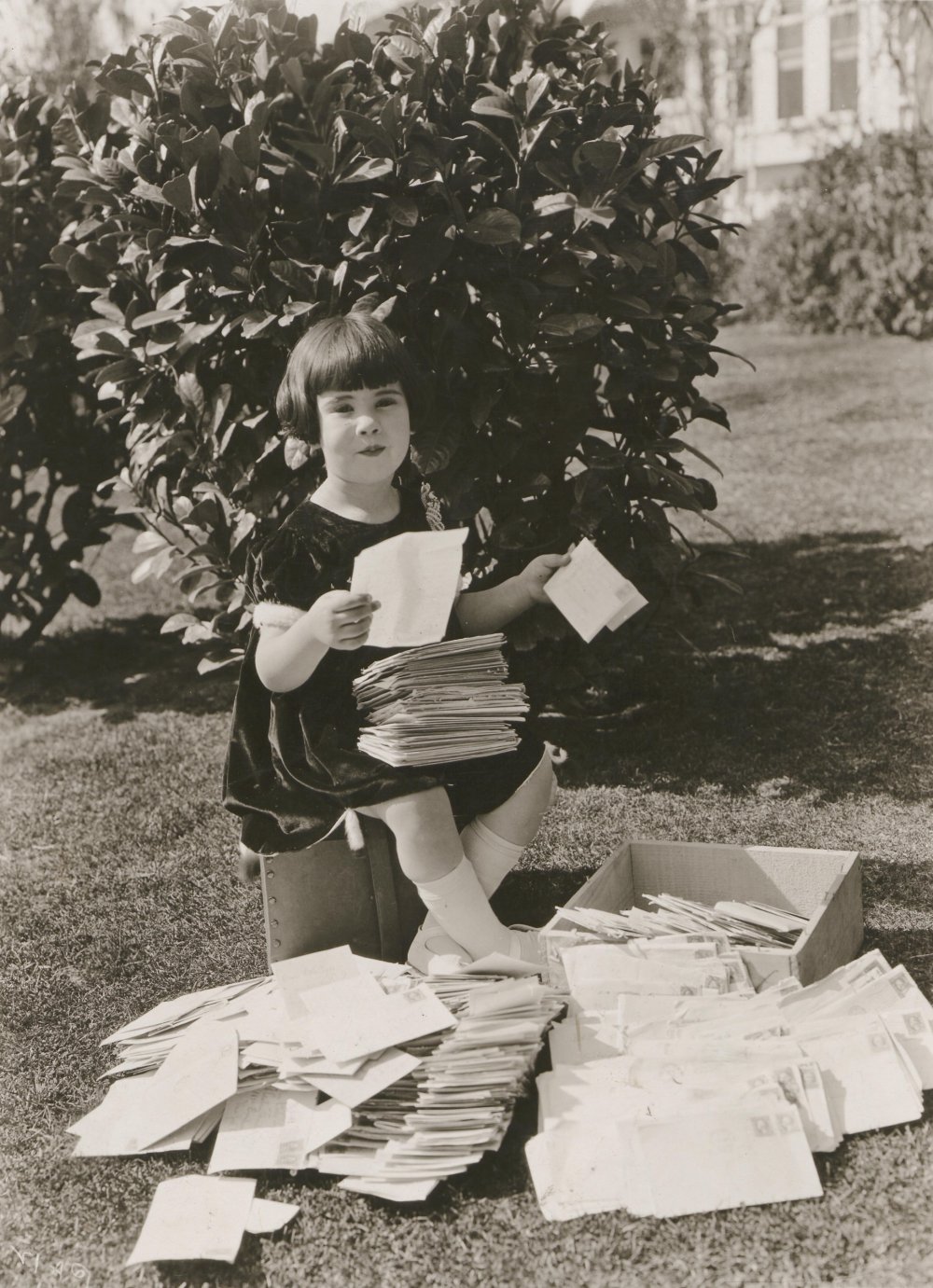 What impressed Fishback most was her capacity to take direction, especially from her father. Later in life Cary would attribute her juvenile acting success simply to this meek ability to follow orders. “I had a real warehouse of expressions. My father would snap his fingers and say, ‘Cry!’ And I would cry. ‘Laugh!’ And I would laugh. ‘Be frightened!’ And I’d be frightened. He called it obedience.”

Her mother would tell the press that her daughter was merely having fun at the studio, saying, “Peggy doesn’t know she is working… All little girls like to make up stories and pretend.” But Cary knew the difference. “If I wasn’t working, no one would eat, and I knew that… We went to work at 8am and worked six days a week like everyone else. Why would I think it’s playing? I didn’t know what playing was!”

Dubbed ‘The Kutest Kiddie on the Screen’ and the ‘Child Wonder’, Cary made more than one hundred comedy shorts for Century. The one-reelers were cheap productions, which Cary said were often shot in five days flat. Nevertheless, they are often incredibly funny, thanks to their tiny deadpan star, who was not just delightfully dimple-cheeked and convincingly mischievous, but had a distinctive ‘Who, me?’ way of appearing nonchalant in the midst of comedy mayhem. In 1923 she signed with Universal, for that $1.5 million salary, and began making feature films as well as shorts. 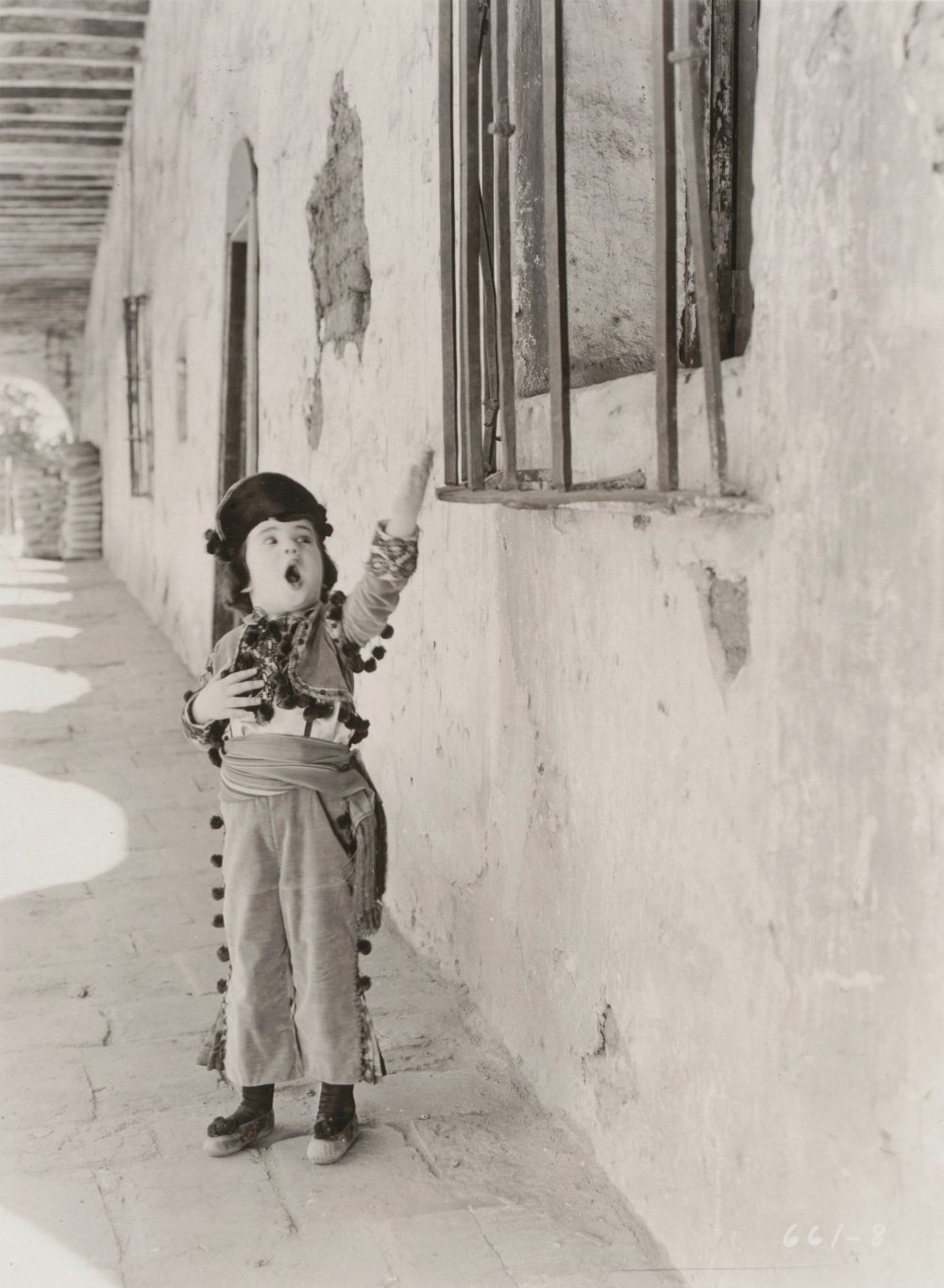 Although now it can be awful to consider the conditions in which Cary made her films, the secret of her popularity was that her tomboyish performances carried great charm, and she seems appealingly relaxed on camera – her legions of fans had no idea how much she was grafting, or indeed suffering. She was precocious too. Among nursery fare such as Little Red Riding Hood (1922), Jack and the Beanstalk (1924) or Hansel and Gretel (1923), she wielded a popgun in Peg o’ the Mounted (1924), played a newspaper hack in The Kid Reporter (1923) and spoofed adult stars Rudolph Valentino and Pola Negri in Peg o’ the Movies (1923) – she even played a matador and vamped it up with a rose between her teeth in Carmen, Jr (1923).

Not only did Cary put in eight-hour days, but she often had to do her own stunts, which terrified the young actress. She was told to escape from a room set on fire in The Darling of New York (1923) and was held underwater in the ocean for another film. “They said I was fearless,” she later recalled. “Which was not true.” One time she was playing a tramp and was set to be tied to the undercarriage of a moving train, but it accidentally set off before she could be strapped on. 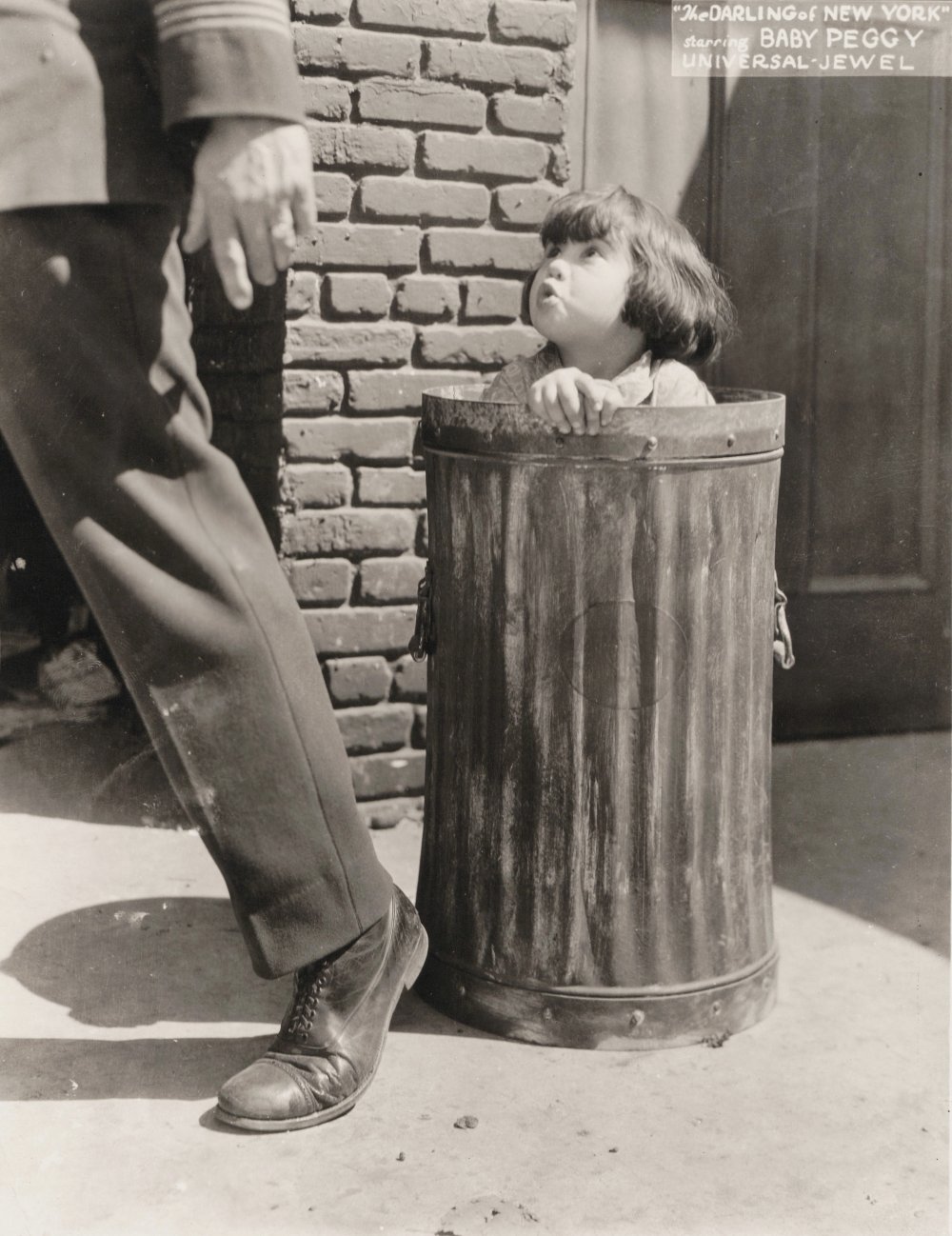 While her vast salaries were often discussed in the magazines, what was not mentioned was that nothing was put away for her future and she and her sister Louise were barely educated at all. She did appear next to Franklin Delano Roosevelt as the onstage mascot for the Democratic National Convention in New York, and had her own range of highly profitable merchandise, including sheet music, dolls and milk. One young fan named Frances Gumm, later to be known as Judy Garland, certainly had a Baby Peggy doll. Cary and Garland were later friends, and Cary has written that she believes her fame encouraged Garland’s mother, and many other parents including Shirley Temple’s mother Gertrud, to push their children into showbiz careers. 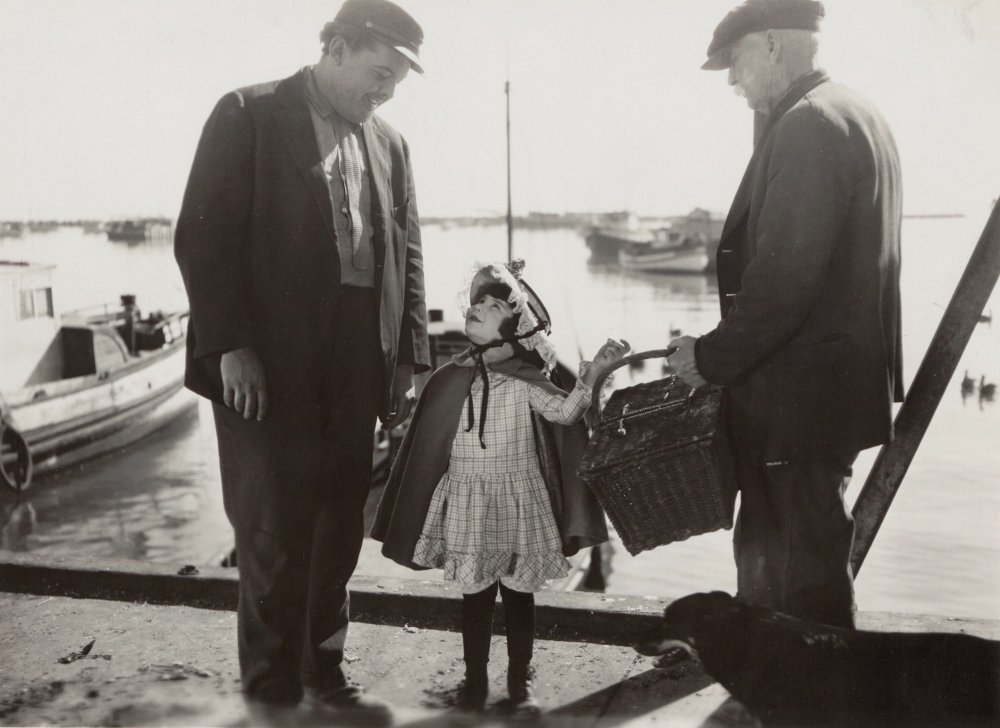 In 1925 her father had a disagreement with producer Sol Lesser and her contract was cancelled. Cary’s child stardom ended as abruptly as it had begun – she was effectively blacklisted from the industry. Instead, her family took her on the vaudeville circuit, where she received only a nickel for each show and worked so hard that her health suffered. “On several occasions I went onstage so yellow-dog sick they had to put buckets in the wings,” she remembered. “I threw up in one before I made my entrance, and in the second when I exited, before changing and going back out for my encore.”

After the stock market crash in 1929, the family lived away from showbusiness for a while, in rural Wyoming – while they struggled for cash, Cary enjoyed the change of pace. In the 1930s, Cary attempted to return to the screen to boost the family coffers, but she was largely unsuccessful, and her roles included a handful of uncredited bit parts. Her final film appearance was 1938’s Having a Wonderful Time.

That was the year that she finally severed ties with her family and changed her identity too. She married the actor Gordon Ayres – they met on the set of Ah, Wilderness! (1935) – and changed her name to Diana Ayres, to distance herself from Baby Peggy. They were divorced in 1948. When she became a Roman Catholic she took Serra as her confirmation name and she married her second husband, artist Bob Cary, in 1954. 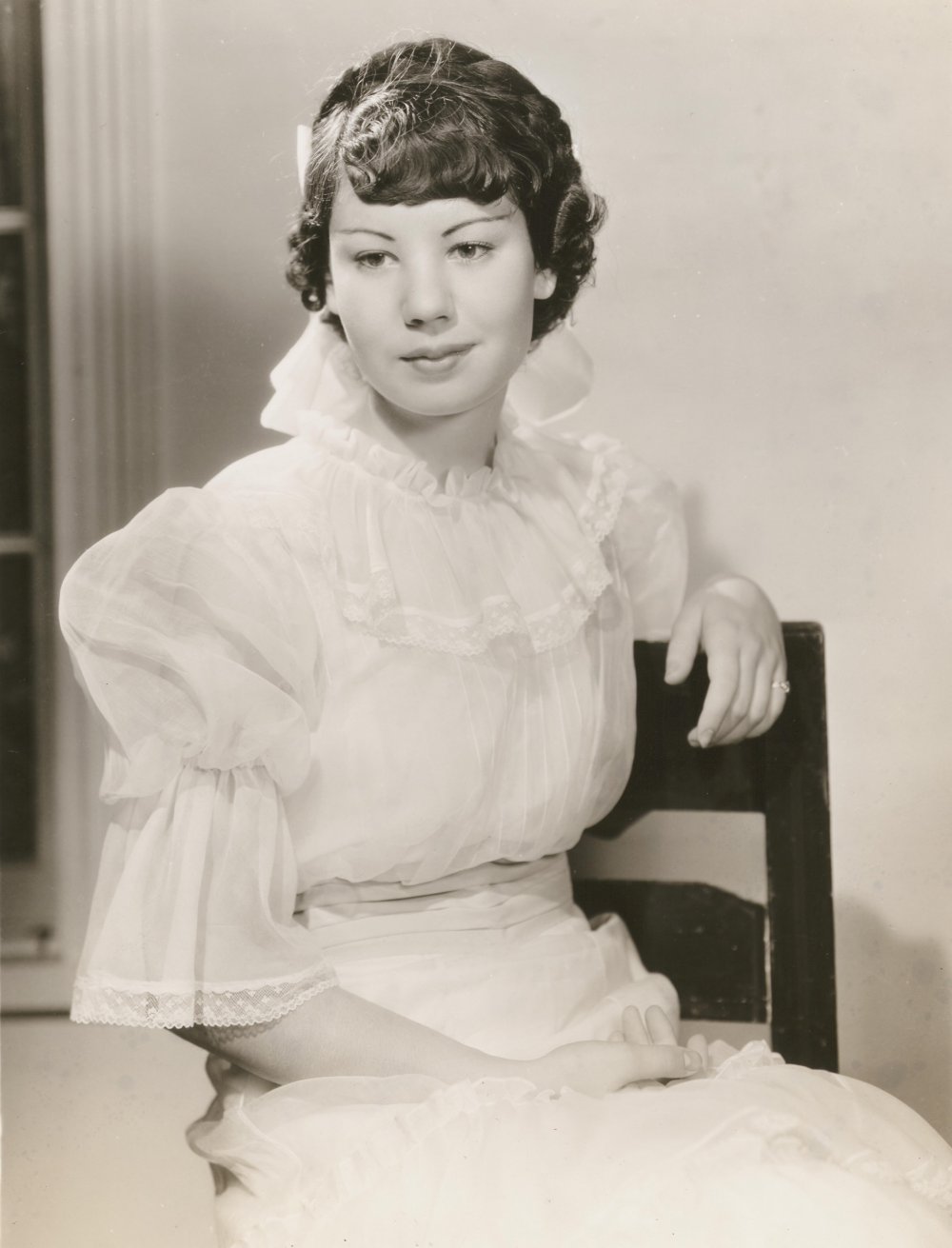 Although it was difficult for her, Cary eventually made peace with her former life as Baby Peggy. She became a writer, authoring her own autobiography, and several other books about silent cinema, especially silent cinema.

She became an activist too, fighting to improve the pay and conditions of child stars. She wrote a book called Hollywood’s Children, and campaigned with fellow silent child star Jackie Coogan for regulations that would protect young actors. Their work led to the California Child Actor’s Bill (or “Coogan Law”), which regulates child actors’ pay, education and leave.

Later in life, Cary made appearances at film festivals around the world and spoke publicly about her juvenile work, keeping the memory of the silent era alive. Slowly, a few prints of her films that were thought to have been lost have begun to emerge, the latest being Our Pet (1924), which turned up in Japan in 2016. In 2013, TCM produced a documentary about her, The Baby Peggy: The Elephant in the Room (Vera Iwerebor), which was released on DVD along with a selection of her films.

Just ten days before she died, Cary gave an interview to the silent film blog Silence Is Platinum, in which she was very frank about her life as a child star. “I knew from the age of four that I was a separate person in a way,” she said. “I never bought the person on the screen. I knew that she was projected by me, but I didn’t occupy her. It never occurred to me that she was working for me and she remembered all these little things… it was she who was providing me with all the stories, the things nobody keeps record of.”