Stranger by the Lake writer-director Alain Guiraudie returns to the pansexual playground of his early features with a shape-shifting fantasia of young parenthood and emotional paralysis. 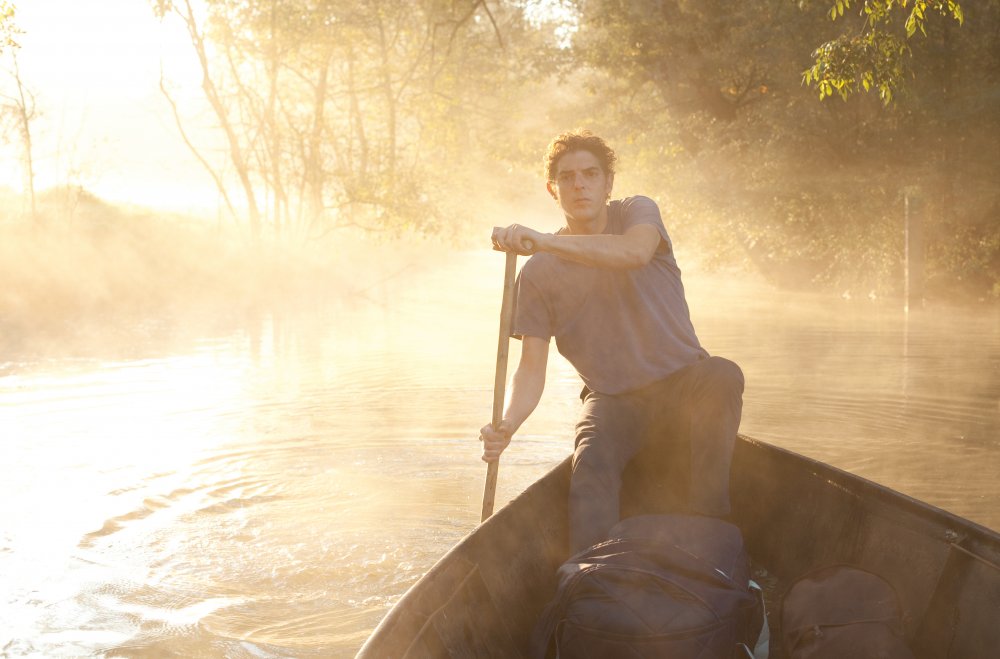 French filmmaker Alain Guiraudie made the proverbial splash at Cannes in 2013 with the Un Certain Regard standout Stranger by the Lake. The many laurels the film received in the months following constituted mainstream recognition of a major talent in world cinema – an unapologetic cinematic libertine whose half-dozen prior films casually triangulated European modernism, queer comedy and elements of classic genre cinema. With visceral efficiency, Stranger by the Lake consolidated these disparate threads into a gay cruising thriller pitting man versus man in a hunt for satisfaction as much as survival.

Staying Vertical, Guiraudie’s much anticipated follow-up, which has found its way into this year’s Cannes Competition lineup, hardly marks a yielding to this official acclaim. As a perversely humorous and frequently bizarre tragicomedy, it fits even more comfortably alongside his woolly pre-Stranger output, characterised by sometimes jarring tonal shifts and leaps in narrative logic, than it does the streamlined genre machinations of his breakthrough.

Starring Damien Bonnard as Leo, a well-to-do filmmaker whose quest for creative inspiration leads him, as the film opens, on the road to the French countryside, the movie begins where others find irresolute pause or ambiguous closure. With serene detachment, we observe as Leo attempts first to recruit/seduce Yoan (Basile Meilleurat), a young drifter caring for an elderly host named Marcel (Christian Bouillette), before wandering into the hills and into the bed of Marie (India Hair), a single mother who lives on a farm with her father, Jean-Louis (Raphaël Thiery) and her two sons.

As an artist, Leo appears on a wayward course, his methodology reduced in the opening scenes to seemingly blind attempts at spontaneous inspiration. And indeed, from these fairly quotidian origins springs a story of cocksure passion and ill-advised advances as Leo and Marie’s quickly conceived offspring pushes the partners apart; just as swiftly, the story leads each of the pair through an array of liaisons – some solicited, others not – as Leo attempts at once to care for their child, finish his script and repair the relationship. 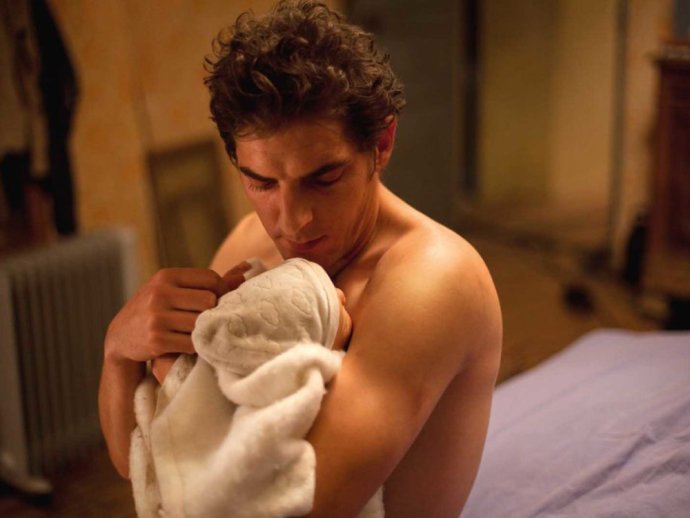 This sort of pansexual playfulness is something of a speciality for Guiraudie, who here utilises basic instinct and animal urges as fodder for a parable of young parenthood and emotional paralysis. Shooting with an economy of stylistic gestures, Guiraudie and cinematographer Claire Mathon allows the pastoral landscapes, particularly early on, to dominate their widescreen compositions, which navigate a vast geography, from the open vistas of Jean-Louis’ farmhouse to a secluded riverside oasis that seems to provide Leo with the occasional restorative reprieve. Likewise drawn to faces and bodies, Mathon and Guiraudie continually coordinate fresh figural arrangements and provocative angles from which to study the human frame (a very up-close and very real child birth scene is but one of many memorable manifestation of this tendency). At their best Guiraude’s images wring surreal details from familiar surroundings, producing slightly askance visions appropriate to such a wanton worldview.

As the film progresses the characters’ actions and the fortunes that befall them appear to grow in symbolic resonance, as when Leo begins to ominously cradle a baby lamb as if holding an infant, or on his occasional excursion downriver for sessions of spiritual healing – or when, during the film’s most rhapsodic sequence, one significant character summons his own death by succumbing to his most primal fantasy as strains of psychedelic rock swarm the soundtrack. In Guiraudie’s films, these fantasies often appear to take flight with little motivational disclosure; within the confines of his consistently shapeshifting narratives, however, each seemingly curious indulgence manages to attain an acute emotional and physiological integrity. With little deference to expectations or prescribed notions of normativity, Guiraudie has fashioned another strange, wholly unpredictable and invigorating anatomy of the human condition.