The Square review: a lofty, laboured lecture on inequality

With his follow-up to Force Majeure, Ruben Östlund returns to the mocking tableau style of his earlier movies with a satire of middle-class complacency and pretension that’s much less than the sum of its best sections. 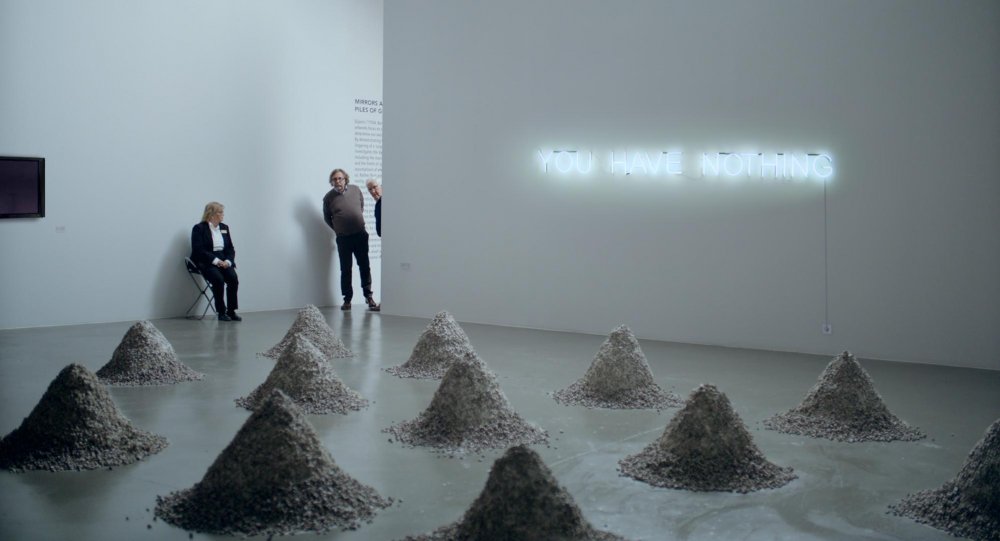 Force Majeure, Ruben Östlund’s razor-sharp dissection of masculinity, seemed to signal a departure from the rigid long-take formalism and sneering social commentary of the director’s earlier work – a felicitous change of course that The Square only maintains on the level of cinematography.

The Square takes aim at inequality in Swedish society, depicted as the result of strict stratification and a pervasive lack of moral fibre amongst the middle class. It’s the latter that most interests Östlund and he personifies it in Christian (Claes Bang), the director of a contemporary art museum in Stockholm who is viciously beaten down to size over the course of the film’s bloated two-and-a-half-hour running time.

This occurs via two plot lines, representing the micro and macro dimensions of the film’s social critique. The first charts the screamingly injudicious steps taken by Christian to retrieve his wallet and phone after he’s robbed on his way to work; the second involves the preparation of a new exhibition that intends to highlight the lack of humanity in social interactions via pieces like The Square, a luminous square built into the floor wherein visitors are invited to act kindly towards one another. Most of The Square is composed of scenes only tangentially related to the dual narrative, so that structurally, the film feels like a succession of vignettes. Many are excellent, particularly those that emphasise the absurdities of the art world, exposing its pretensions to uproarious effect. 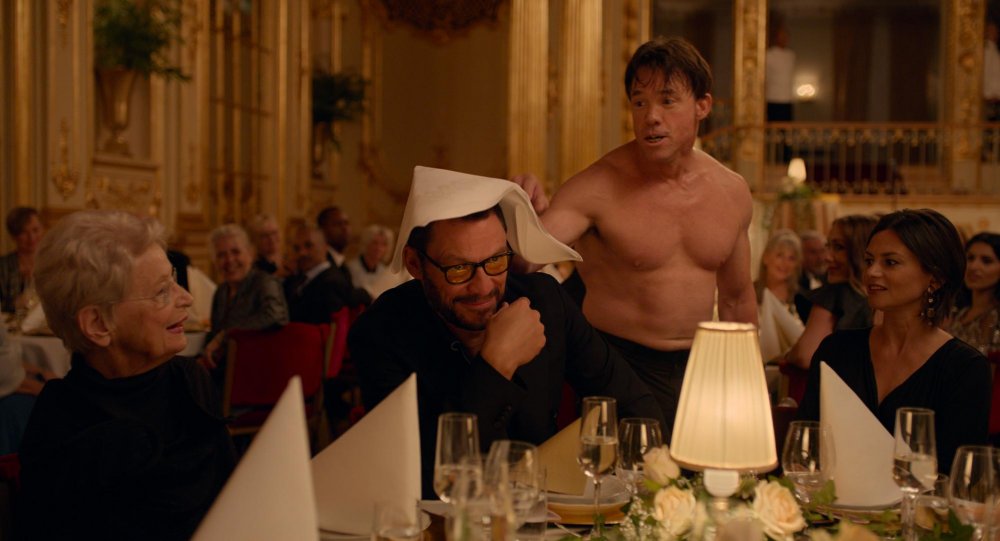 The centrepiece sequence, which occurs about halfway through, is a veritable tour de force that would be better served as a stand-alone short. At a black-tie dinner party thrown for the museum’s benefactors in a ludicrously lavish hall, a piece of performance art is staged in which a shirtless artist impersonates a gorilla, prowling through the tables and putting the diners ill at ease. This lengthy scene presents a masterclass in pacing and tonal modulation as the performance escalates from playful to threatening to violent, culminating in a near rape. The glaring contrast between the content of the performance and its setting; the diners’ paralysed discomfort, which grows increasingly acute and is transferred to the viewer; the fact that it takes an actual assault for anyone to finally intervene, which then triggers a mob – together, these elements encapsulate The Square’s central themes, demonstrating its thesis much more forcefully than the film as a whole.

Concision is a quality that The Square sorely lacks, however. At length, as Östlund keeps reworking largely similar ideas with ever more spite but dwindling vigour, the cumulative effect is an expression of condescending, all-embracing contempt. This is reinforced by Östlund’s penchant for wanting to have it both ways: he condemns the absence of solidarity in Swedish society, yet Christian gets robbed because he comes to the aid of a scammer pretending to be in need of help; he posits that individuals must take responsibility and work against discriminatory social constructs, yet when Christian does finally overcome his cowardice and attempts to do the right thing, all he achieves is further punishment.

If man really is beyond redemption and the social contract is but an irreparable farce, what are we supposed to draw from The Square’s virulent didacticism?

Related to The Square review: a lofty, laboured lecture on inequality