Film of the week: Sicilian Ghost Story is a chilling vision of lost youth

Fabio Grassadonia and Antonio Piazza’s hypnotic mystery film about a teenage girl stalking her missing lover into a dream world is as beguiling as it is bleak. 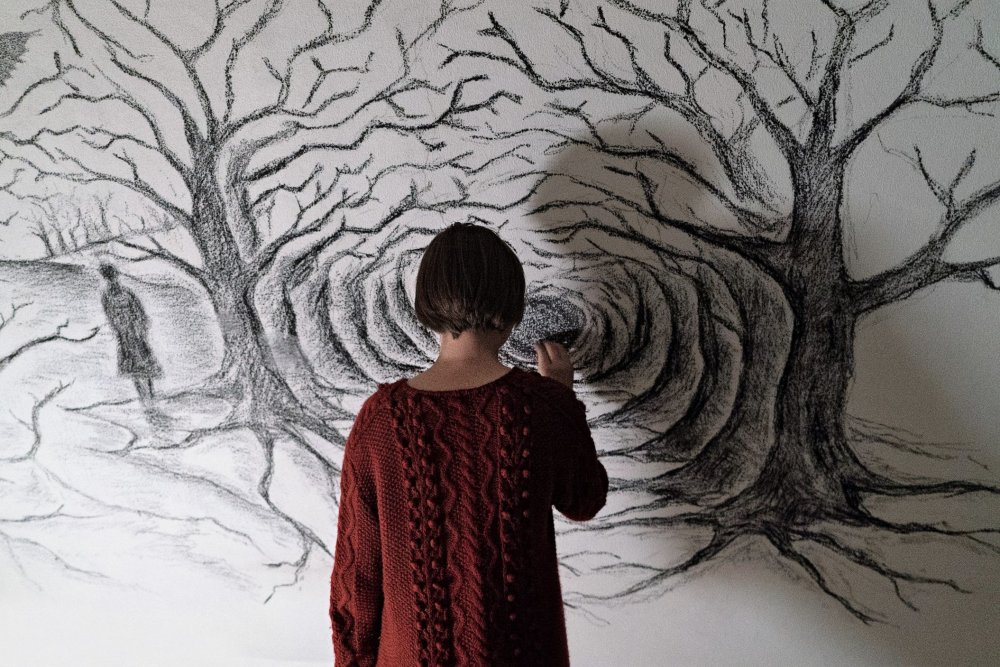 Asleep or awake, Sicilian teenager Luna is always dreaming, and she maintains an unshakeable confidence in her visions. She is quietly convinced that they are not just imagination but shadows of “things that might exist”. In Fabio Grassadonia and Antonio Piazza’s mesmeric Sicilian Ghost Story, the schoolgirl with her head in the clouds leads a narrative that hovers constantly between hallucination and reality and between the realms of life and death. With soft-focus imagery veering towards abstraction and subtly elliptical editing, the film takes on the texture and logic of a dream, lulling us into following Luna into a waking nightmare. As such, it’s hard to be sure whether what we’re seeing is truth or fancy, or whether the protagonists are alive or dead.

We first encounter Luna in the woods, sneaking up on her crush with love letter in hand. The object of her desire is hunky classmate Giuseppe. He’s athletic, handsome and so at peace with nature that a large butterfly perches on his fingertips. Other animals in the forest rupture the Disney idyll, though – the ferret that scratches Luna’s ankle, the rabid dog that chews on warm rabbit flesh before snarling and chasing both teenagers. This moment of peril catalyses their transformation into a couple.

Newcomers Julia Jedlikowska and Gaetano Fernandez are suitably charming and convincingly naive and youthful, but the film’s sinister sound design of whipping wind and amplified heartbeats assures us that something terrible is about to happen. Sure enough, Giuseppe is soon absent from school for days on end, with no explanation. 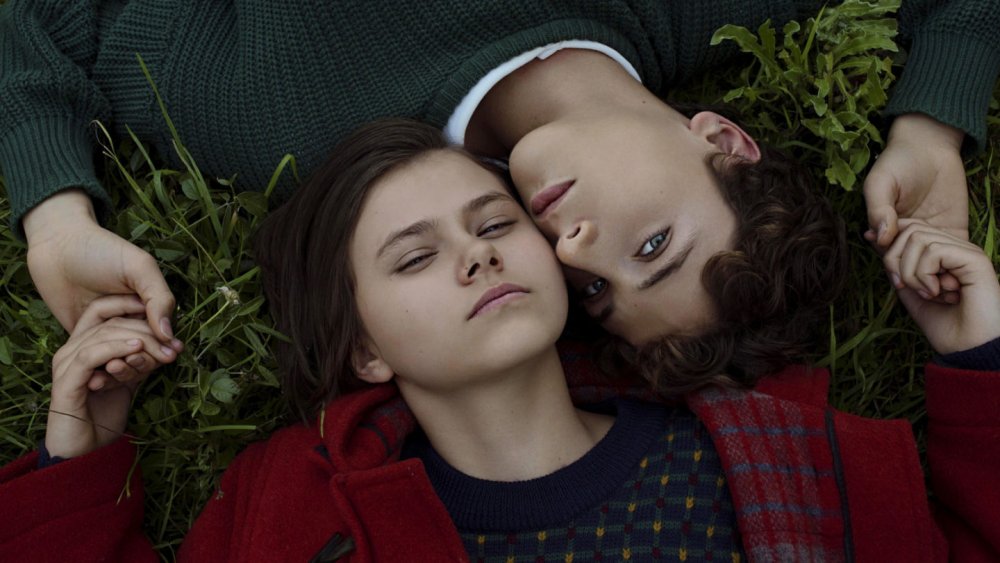 Jedlikowska and Gaetano Fernandez as Giuseppe

Dissatisfied with adult indifference to his plight, Luna tries to raise a search party. When that fails, she inadvertently allows her subconscious to hunt for him instead. Jedlikowska offers a thoroughly impressive performance as the dream-adventurer, trapped in stasis while her best friend Loredana grows up without her and her almost-boyfriend vanishes from her reach. When Luna shouts that Giuseppe is “my whole life”, it could be teenage infatuation, or an acknowledgement that she is lost to the shadows.

The truth, which emerges dream-style rather than being announced, is that Giuseppe has been kidnapped by the Mafia – the village’s silence is really omertà. The film is inspired by a grisly real-life incident, the 1993 abduction of a boy whose ex-mafioso father had turned informant.

Grassadonia and Piazza’s first film also took a Mafia theme, but in this their second feature they graft fairytale and mythology on to the criminal case. From the temple ruins by the coastline to a minor character’s lament for the primeval forest ruled by Pan and the appearance of an owl as a familiar-cum-messenger, we’re repeatedly reminded of ancient myth. Luna becomes the Prince Charming to Giuseppe’s Sleeping Beauty, at other times Red Riding Hood lost in the trees, or Snow White resisting her stern mother. Only one reference is dumped a little too heavily – a red duffel coat, transferred from one character to another, seemingly in honour of Nicolas Roeg’s classic tale of lost children and terrible visions, Don’t Look Now (1973). 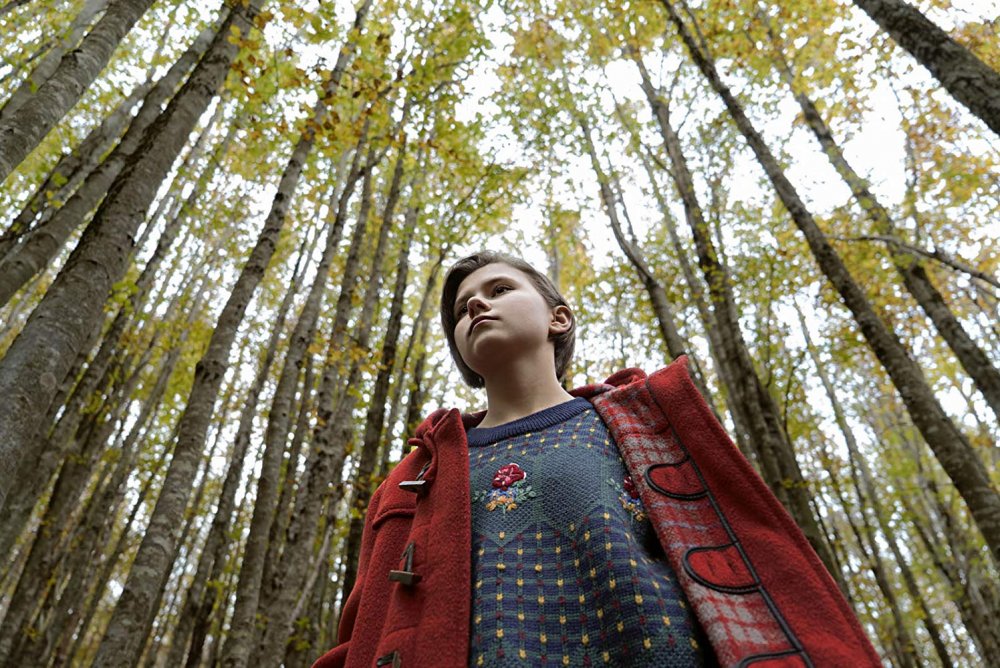 The writer-directors sustain the tone beautifully and the result is a hypnotic movie that is as beguiling as it is bleak. Luca Bigazzi’s cinematography is exquisitely textured and unnervingly nuanced, navigating glowering skies, shady forests and murky underwater sequences, supported deftly by Cristiano Travaglioli’s fine edits. In one memorably chilling dissolve, from Giuseppe’s face to a dark scene, the pinpricks of light in his eyes remain in view for a disturbingly long time. Each tiny gleam represents the lights from his small cell windows, implying a psychic connection with Luna that breaks his prison bounds.

The film delivers on its title promise of a ghostly apparition – but the figure in question radiates an unnaturally healthy glow among the fatigued and shadowy figures surrounding him. The adults dress in black and lurk in darkness, and the teenagers aren’t much brighter.

Glass-eyed, jaundiced, frail and soiled, Giuseppe’s body betrays the unseen brutalities of his ordeal in captivity, while Luna is subjected to (an entirely unconvincing) head-shaving as a punishment for defying her parents. The most viscerally gory image is an underwater shot sustained for so long that it takes on a spectral cast – a dissolution of essence rather than a destruction of flesh. Amid the sombre, gauzy palette, the use of a particularly vivid blue forms one of the film’s most intriguing threads. Like Sicilian Ghost Story itself, this visual clue seems at first innocent, then lethal – and ultimately liberating.

A traumatic true crime provided the basis for A Sicilian Love Story, an unconventional fairytale about a young girl hunting for a vanished classmate. Pasquale Iannone speaks to the filmmakers, Antonio Piazza and Fabio Grassadonia.

Related to Film of the week: Sicilian Ghost Story is a chilling vision of lost youth