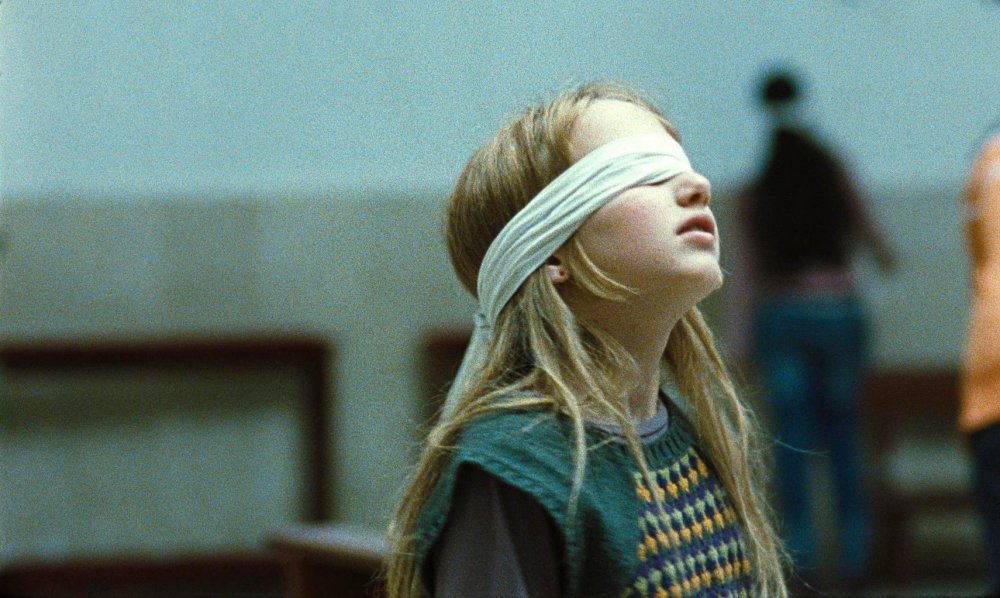 “No guns, no tomatoes and no sunshine,” replies Italian writer-director Alice Rohrwacher when asked about the inspiration for her debut feature Corpo Celeste, a dreamily mysterious coming-of-age tale that unfolds amid the urban sprawl of a wintry Reggio Calabria.

Her protagonist is a shy 13-year-old, Marta (Yile Vianello), who has moved to the southern city after a decade in Switzerland with her tender mother Rita (Anita Caprioli) and her mocking older sister Rosa (Maria Luisa de Crescenzo). The youngster is enrolled in a catechism class at the local church; there under a fluorescent crucifix, middle-aged Sunday school teacher Marta (Pasqualina Scuncia) drills her charges in a confirmation song – “I’m in tune with God / That’s the right frequency,” runs the chorus – and likens the Holy Spirit to “wearing wonderful sunglasses”. The restless, curious Marta finds her attention drawn though to the ceaseless errands of the politically ambitious priest Don Mario (Gomorrah’s Salvatore Cantalupo) and to the children playing with rubbish on a dried-up river bed, which she can see from the roof of her tower block.

The daughter of a German father and an Italian mother, the 31-year-old Rohrwacher, who grew up in rural Tuscany, stresses that Corpo Celeste is not a work of autobiography and that she didn’t herself receive a Catholic education. She took her title, which translates as ‘a celestial body’, from a collection of essays by the Italian writer Anna Maria Ortese.

“The book didn’t have anything to do with the film, but I was struck by Ortese’s image of the Earth itself being a celestial body, suspended in space,” she says. “We read at school about celestial bodies being up in the heavens and forget that we ourselves are living on a corpo celeste. For me Marta’s story is about making that discovery, as she finds a way through her world in this new city.” 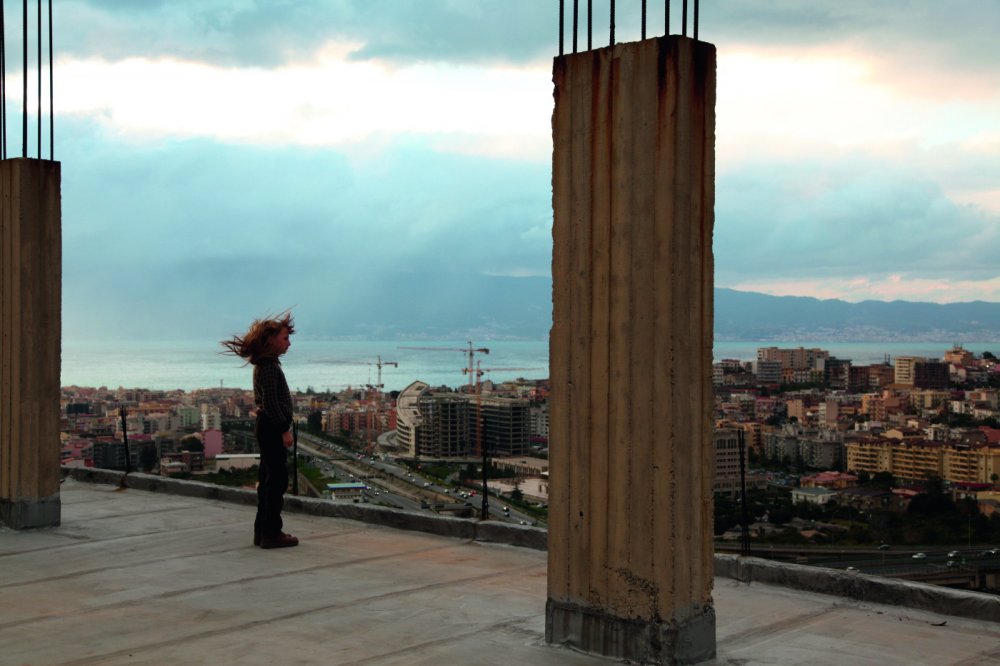 Shot in chilly tones on Super 16mm by acclaimed cinematographer Hélène Louvart (whose credits include Pina (2011) and The Beaches of Agnès (2008)), Corpo Celeste shares the handheld immediacy of the films made by the Dardenne brothers. Yet its subjective perspective of a female adolescent questioning religious orthodoxy also has echoes of Lucrecia Martel’s The Holy Girl (2005) and Katell Quillévéré’s Love Like Poison (2011).

“Lucrecia Martel is a director I admire very much, especially La Ciénaga. For me what was important was to present a partial view through the film, rather than attempt to give the spectator all the information. The characters of Marta and Don Mario and Santa are like guides. You come to understand their solitude and isolation, and that their gaze is subjective. And after a great deal of talk about catechism and God, I wanted there to be a real, tangible and physical miracle at the end.”

Having travelled with Corpo Celeste to various international festivals, including Cannes where it played in Directors’ Fortnight, Sundance and London last autumn, Rohrwacher has been struck by the number of questions in Q&A sessions asking whether the film should be classified as a work of documentary or of fiction. Prior to her debut, she had made a short documentary with the same producer, Carlo Cresto-Dina, also featuring Reggio Calabria, and had also worked as an editor. In developing Corpo Celeste she spent time attending catechism lessons, reading confirmation manuals and visiting churches in her chosen city. “The film is heavily scripted”, she adds. “I wrote about 12 versions of the script, before we started filming and I spent spent several weeks with the actors, many of whom were non-professionals, in rehearsals to achieve a level of naturalism.”

The hardest role to cast turned out to be Marta, whom Rohrwacher eventually discovered in a self-sufficient rural commune near Pistoia in a mountainous region of Tuscany. “We had to look for a long time to discover someone who had Marta’s ‘otherness’”, acknowledges the director. “We knew straightaway she would be perfect for the role. She’s never been to school and she’d never been to a big city before, so it was a huge journey for her. But I do want to say, Yile is not just playing herself, and that Marta is a character. As for the priest, Don Mario, it would have been interesting to have a whole film about him. He carries out his duties like an everyday job, in isolation. He doesn’t appear to have any shining faith.” 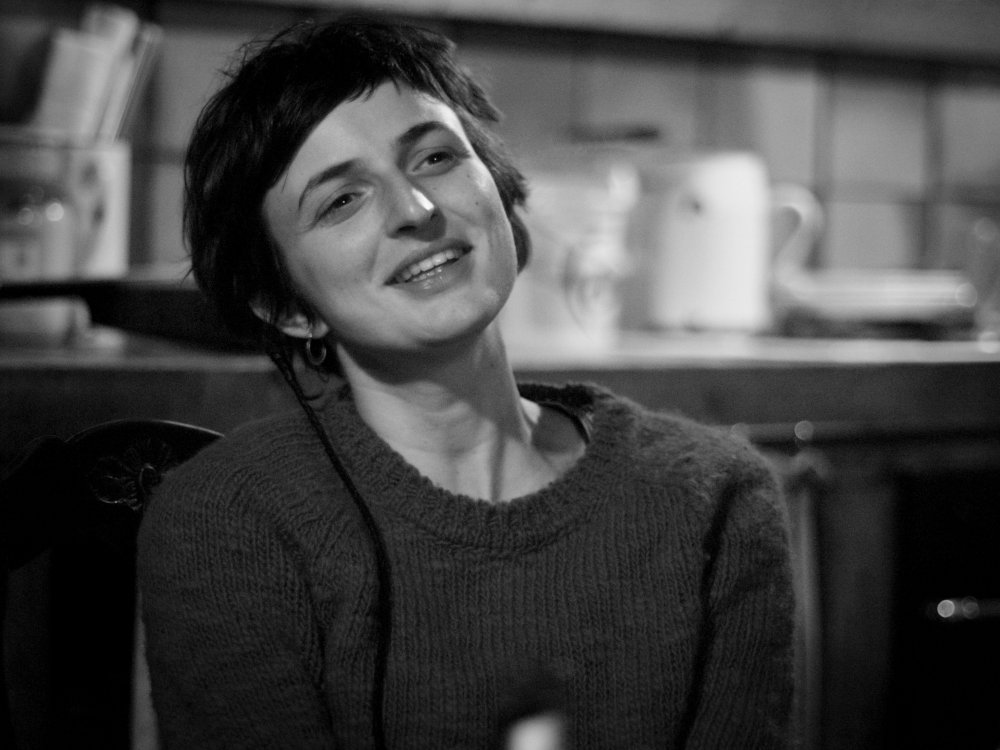 Rohrwacher, whose actress sister Alba is best known to British audiences for appearing opposite Tilda Swinton in I Am Love, is already at work on another feature-length film, to be produced by Cresto-Dina. She plans to use similar research techniques to those she deployed in Corpo Celeste, staying in a particular area and talking to local inhabitants, although this time the location will be in Lazio in central Italy. Again she will be inspired by a quotation, this time from the late Italian writer Elsa Morante, who wrote in Hilarotragoedia of the world being a great tangle of stories and of the “arabesque tapestry existing for the joy of its movement, not for its solution”.

“I want in my films to pose questions,” concludes Rohrwacher, “not to offer answers.”

Related to Keeping the faith: Alice Rohrwacher on Corpo Celeste