Shed Your Tears and Walk Away review

First time documentarian Jez Lewis intimately explores the darker shades of his native Hebden Bridge, West Yorkshire, a town boasting magnificent postcard views, yet caught in the throes of economic decline, to find out how and why he has lost so many friends to drink and drugs. 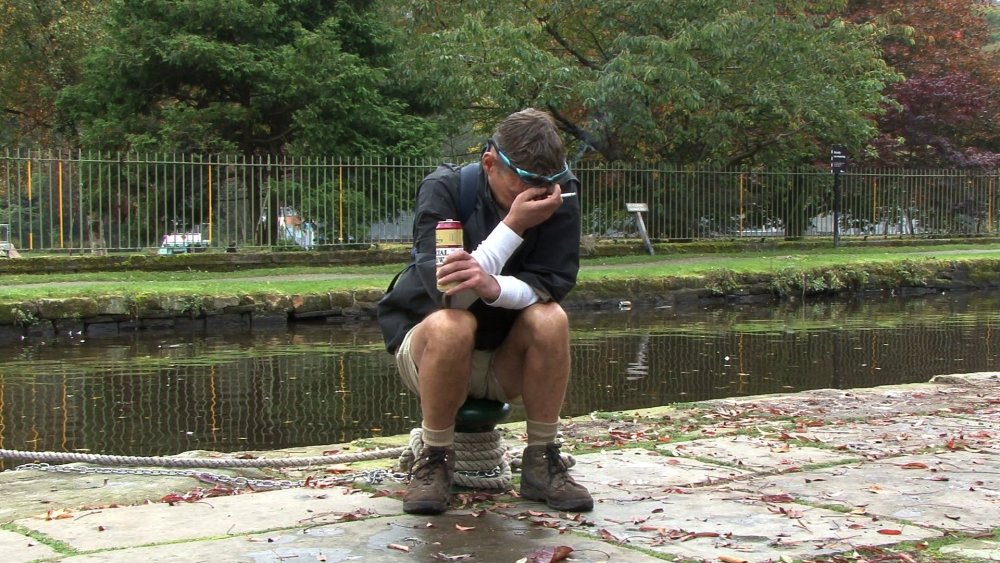 Hebden Bridge in West Yorkshire seems idyllic on superficial acquaintance, but Jez Lewis’ debut documentary exposes – with ferocious urgency – some of the darker realities beyond the green hills and tourist purview.

Lewis, who grew up in Hebden but now lives in London, was deeply disturbed by the number of his former school friends dying, either by their own hand or of drug overdoses. Taking his small digital camera into the local parks and pubs, Lewis comes upon heartwrenching despair and alienation at every turn, brought on by lack of work and other life opportunities, with solace inevitably sought in a camaraderie of the marginalised fuelled by manic consumption of drugs and super-strength lager.

Lewis makes no attempt to be detached and objective – at one point an arm emerges from behind the camera to comfort one of his old mates – and the film is stronger for it, so that it becomes virtually impossible not to share his frustration and growing anger. In fact that obliteration of distance between filmmaker and those being filmed carries over into the viewer’s experience, an intimacy so raw and visceral you can practically smell the alcohol on his subjects’ breath.

It’s a relief too that Lewis cleaves to one small group of people, rather than interviewing, say, local councillors or ‘experts’, since his subjects are more than eloquent and insightful on the roots of their and the town’s demise (a typical post-industrial scenario, but with the added ingredient in Hebden’s case of the legacy of a middle-class hippie culture, in which partying and drug consumption was the routine norm). The film is particularly sharp on how tightly-wound bonds of friendship become double-edged in difficult circumstances, both vital support network but also a trap.

Lewis’s film gradually resolves into the story of one addict-friend’s attempts to escape Hebden’s claustrophic clutches and excesses for a new start in London, the fragility and tentativeness of which becomes all too apparent. No happy endings here, or pat solutions, but clear-eyed stoicism is just one of this admirable film’s qualities.

Related to Shed Your Tears and Walk Away review