Review: Hard to be a God 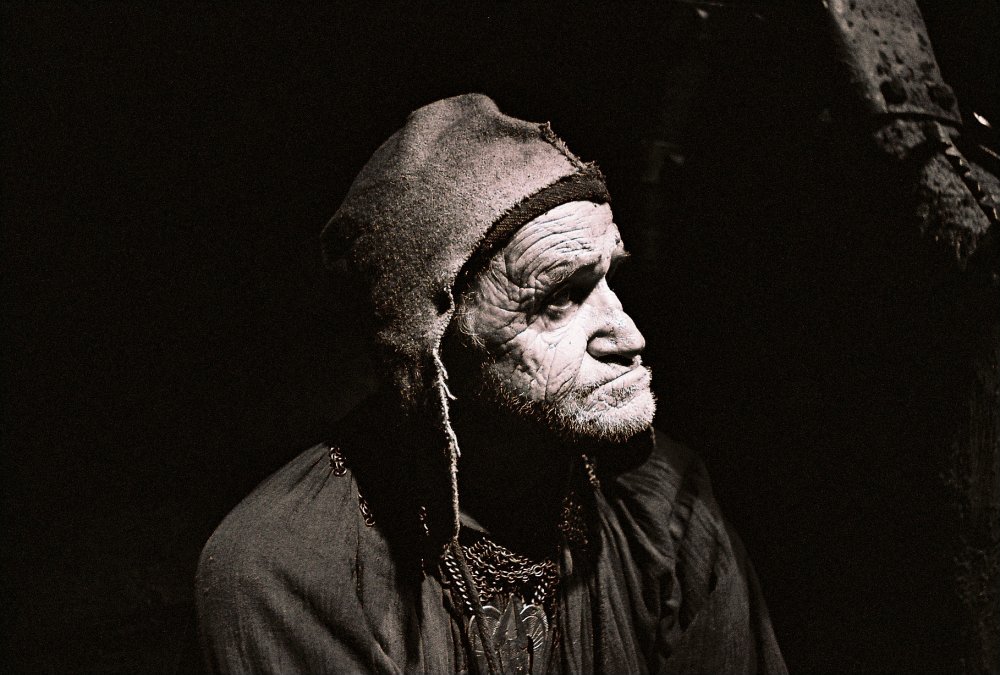 If you read this review before seeing Aleksei German’s Hard to Be a God, what I’ve written in the synopsis [in the September 2015 issue of Sight & Sound] may be of some slight use; it will give you roughly the same advantage that critics, with the benefit of press notes, have before writing about the movie. If you read them after you’ve seen Hard to Be a God, your reaction will be very like that of those critics reading the press notes after the film, a sigh of “Oh, that’s what was going on!”

Hard to Be a God is a profoundly, wilfully destabilising experience, one in which all but the most astute viewer won’t so much follow the plot on first viewing as struggle to get the gist of it, gleaning what they can from a smattering of expository voiceovers and the muttered monologues of the saturnine Don Rumata (powerfully built Leonid Yarmolnik). These are delivered between swills of moonshine and expelled snot rockets as he wades through the murk and mire of the planet Arkanar, which are increasingly mixed with blood and plopping viscera as the film moves along.

Arkanar closely resembles Earth in the superstitious Middle Ages, which is to say that it faintly resembles Earth today. German’s final movie is based on a science-fiction novel by Arkady and Boris Strugatsky that he had been planning to adapt since the mid-1960s. He began shooting it a career and a regime change later in 2000, on the outskirts of Prague and in the Lenfilm studios, and it was completed after his death in 2013 by Aleksei A. German, his son, and Svetlana Karmalita, co-author of the film’s screenplay and his wife. This would’ve allowed plenty of time in which to understand and present the material as a cogent narrative, but cogency wasn’t German’s aim. He wanted instead for the viewer to feel the squalor, confusion and contagious cruelty of the Dark Ages, which are for him the period’s defining characteristics. 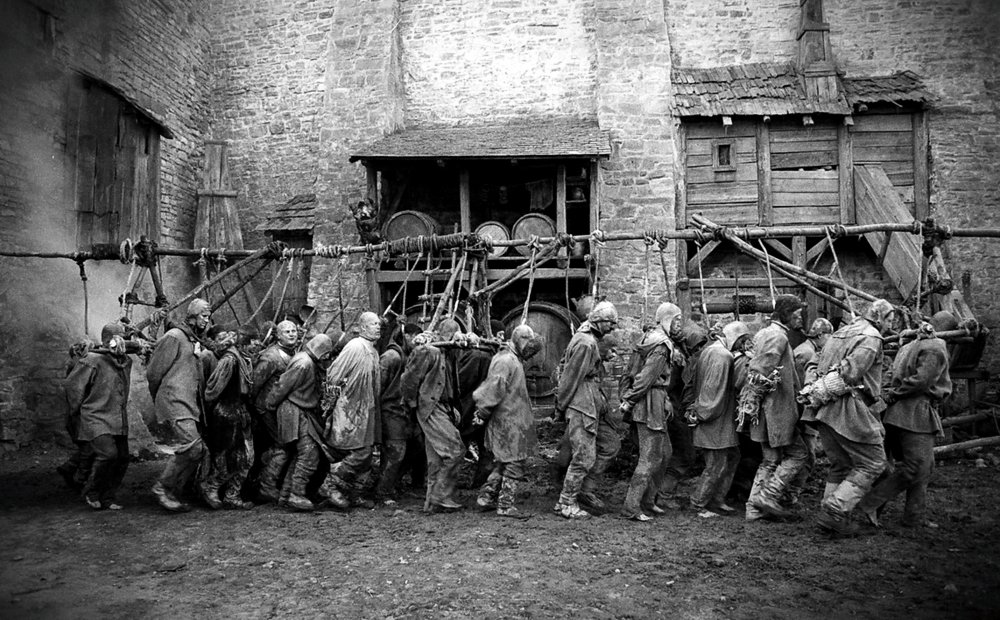 German orchestrated his film as a series of long-take sequence shots, every plane of the frame a turmoil of activity, including the extreme foreground, in which objects – Rumata’s flexing gauntlets, fish and poultry, agog onlookers – are frequently thrust towards the viewer in the manner often attributed to chintzy 50s 3D movies. The result is a carnivalesque processional of sodden grotesques, trudging through an endless torrential autumn rain.

Shot in contoured, high-contrast black-and-white, Hard to Be a God isolates faces from the crowd in chains of choreographed vignettes – in a real sense, the mob is the star of the film. To name but a few standouts: there’s the muzhik who breaks from tooting a rude pipe to pantomime humping at the camera, the uncertain POV of which frequently realigns in the space of a single shot from that of Rumata to a third-person perspective. There are the Don’s slaves, enchained by collars which, like almost every piece of forged-and-hand-tooled set dressing here, serves to ground the viewer in the all-consuming reality of this world, showing the mark of the artisan’s practice as well as the wear of years. (The film doesn’t just feel ‘lived-in’ but lived-and-died-in, for unchanging generations. If we take it as a period piece, it is the most immersive instance of its type outside of Rossellini and Hou Hsiao-Hsien, though expressionist where their films are austere.) 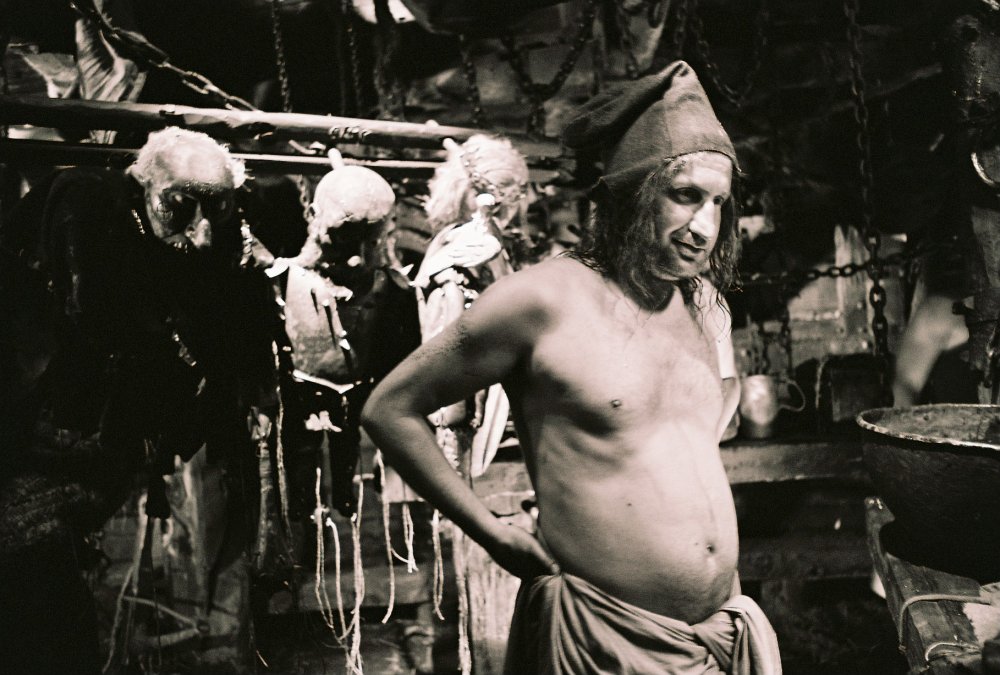 There is the pack of grunting cretins who are seen in the process of executing a poet by stuffing him headfirst in the cistern of an outhouse after taking care to burn his work. (A huge, huffing asthmatic lumbers down to witness the execution, still rankling over the insult of a bad review the condemned man gave him 40 years earlier – shared persecution does not seem to have made the literati of this world any more unified than those of our own.) There is the miserable would-be Da Vinci, covered in boils, lugging about the wreckage of a flying machine, and the swarms of casually vicious, flea-bitten orphan boys, one of whom we see copping a feel of the groin of a hanged man.

There is the mountainous, walrus-moustached, sad-eyed Baron Pampa (Yury Tsurilo), whom the Don must talk down from an alcoholic rage in which he wields an enormous claymore as if it weighed nothing. Even the dead retain their unnerving individuality, like the gawping corpse whose open mouth has collected a pool of water.

Finally, we are left with the Don himself, a man of culture – he quotes Pasternak’s poetry as his own, for who’s going to know? – sunken to a near-animal state, drinking from the moment he wakes, perpetually squiffed and belligerent, a swaying heap of plate mail shouldering his way through the crowds, seemingly convinced of his own legendary immortality. A bulwark straining against the disappearance of all hope of civilisation, he is perhaps the ever-embattled German’s final self-portrait – and certainly the living embodiment of Schiller’s “Against stupidity the very gods themselves contend in vain.” 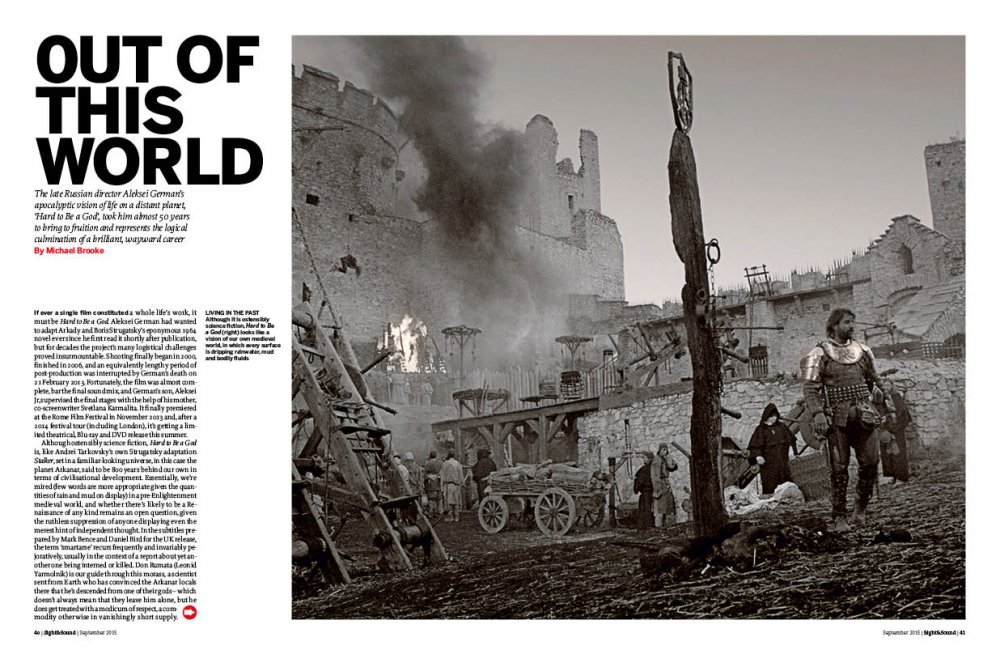 Out of this world

Aleksei German’s apocalyptic vision of life on a distant planet, Hard to Be a God, took him almost 50 years to make and is the logical culmination of a brilliant career. By Michael Brooke.

Related to Review: Hard to be a God