Adam Driver exposes unpalatable goings-on at the heart of American power in this adept war-on-terror reworking of the paranoid investigative thriller. 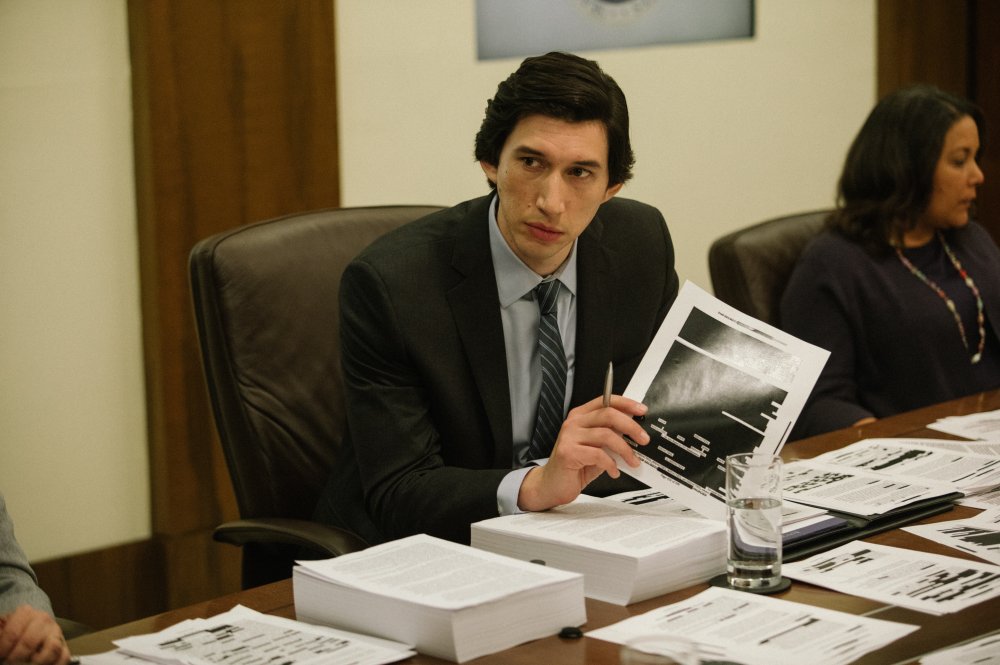 Adam Driver as Daniel Jones in The Report

The opening credits make it clear that this is a story about investigation and redaction, as the title The Torture Report is partly crossed-out to reveal The Report instead. Not exactly subtle, but the point is made, as the typeface echoes the keys clacking out the truth about Watergate at the close of All the President’s Men (1976). There are shots here too framing a brutalist concrete bunker, wherein Adam Driver’s congressional researcher ploughs through mountains of CIA documents, which surely nod to Alan J. Pakula’s architectural eye in that landmark of 1970s celluloid paranoia. Otherwise, both narratives drive towards a definitive picture of previously concealed events.

The earlier film’s questing journalists grilled actual people, though, whereas here Driver is allowed the run of CIA emails and written reports yet forbidden to speak to a single agent involved in post-9/11’s so-called Detention and Interrogation Program. In some respects that limits the film’s prospects for dramatic interaction, yet pressure certainly builds from Driver’s realisation that his knowledge of illegal and partly unauthorised behaviour by CIA interrogators could be of historical significance if – and it’s a big if – his team can somehow outflank the agency and successive White House administrations to make the information public.

The whole process involves a lot of expositional heavy lifting, testament to writer-director Scott Z. Burns’s tidily organised script, which keeps an intent focus on the task at hand, allowing none of the personal backstories, say, that filled out the pre-9/11 miniseries The Looming Tower, or indeed the comedic fripperies decorating Burns and Steven Soderbergh’s Panama Papers exposé The Laundromat. Thus the dramatisation of CIA ‘enhanced interrogation techniques’ of waterboarding and psychological punishment show us Driver’s visualisation of what he’s uncovering, and prove rightly upsetting, powering his and the film’s righteous outrage.

Other perspectives – whether it’s that of the administration and CIA agents driven to extreme ends in response to the sheer engulfing horror of the 9/11 attacks or the anguish of untried Islamic terror suspects repeatedly brutalised for virtually no intel-gathering benefit – are certainly underplayed by comparison. However, while liberal hand-wringing is certainly forward in the mix, the film’s later stages also illustrate the challenge of sustaining personal involvement within the exasperating vortex of Washington power games.

Driver excels at simmering without quite boiling over, though the standout may be Annette Bening as Dianne Feinstein, Democrat head of the Senate Select Committee on Intelligence, who’s patrician, determined and steely, always measuring which battles to fight when the CIA and the Obama White House seek to suppress the 7,000-page torture report.

In the event, while Burns’s film proves challenging in that it expects the audience to master a lot of detail in a relatively compact running time, it adeptly leads us to the tricky realisation that the fate of Driver’s diligent investigation is ultimately less significant than upholding the value of oversight on the executive and security agencies – at a current moment when the need to do so seems more important than ever.