Zhu Shengze’s video-collage is assembled from around 800 hours of online footage captured in less than a year, as Chinese citizens seized the power of the webcam to reach people who could help them.

☞ “Obviously, we live on screens”: how streams and online chat become films 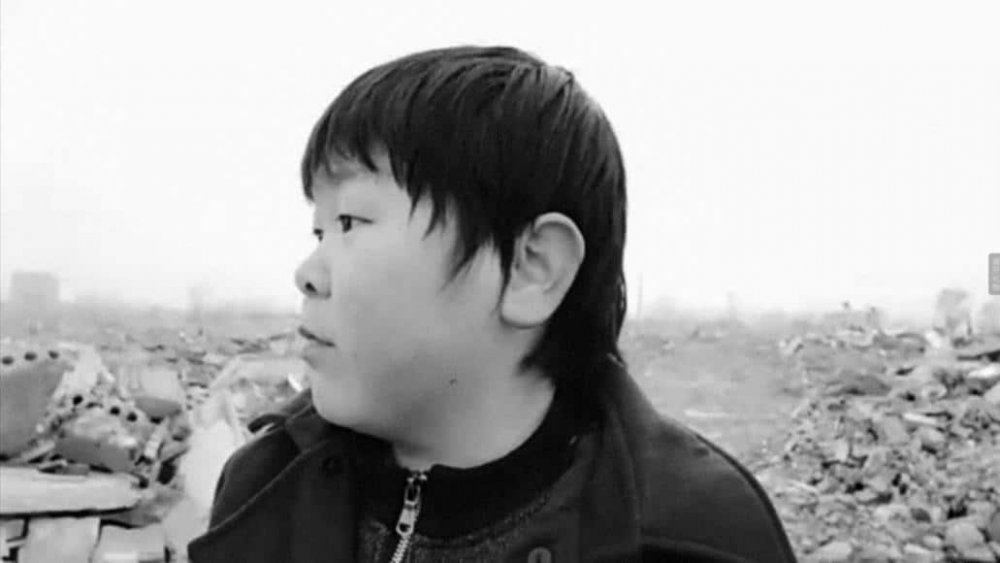 Based in Chicago, where she made the film, Zhu Shengze is clearly fascinated by the ongoing contortions and contradictions in her native China. Live-streaming by individuals across China became a phenomenon in 2016 and peaked in the first half of 2017, when video-blogs attracted a regular audience of 422 million – which is no doubt why the government moved to regulate it.

In Black & White and Colour

Live-streaming hasn’t entirely died out, but Zhu’s film records and to some degree analyses a ‘golden age’ of video-blogging which is already over. She culled this artfully arranged collage from some 800 hours of recordings, downloaded over a ten-month period, and chose to focus on a dozen or so individuals who were using blogs to try to improve their generally deprived and powerless lives.

There were and still are plenty of people on China’s blog-sites whose streams are simple self-promotion, although none can really aspire to the status of ‘brand-promoters’ or ‘insider gossip-mongers’ enjoyed by some of their western equivalents. A few can be seen in Xu Bing’s masterly Dragonfly Eyes (Qingting zhi Yan, 2017), which conjures a metaphysical narrative from material found on the web by adding a new soundtrack; one who declined to be included in Xu Bing’s project was a young man in Tianjin who ‘vlogged’ to raise money for his sex-change operations. None of the individuals highlighted by Zhu Shengze has such a precise target, but most of them are obviously struggling to get by and several are looking to normalise their audience’s perceptions of unusual medical conditions.

The very poorest in China doubtless lack access to the webcams, selfie-sticks and internet connections which make such video-blogs possible, but Zhu has found a range of people on the lower rungs of society’s ladder whose stories represent the flip-side of the government’s push for middle-class prosperity and conformity. (So her film cannot currently be screened in China; she set it up as a US-Hong Kong co-production.)

Her subjects are a pretty engaging bunch: a man who shares the view from the control cabin of a crane with his viewers and also tries to entertain them with yoga poses and Michael Jackson Moonwalk impressions; a surprisingly cheerful single mum who does piece-work in a garment factory (she assembles men’s underpants against the clock, using the web-cam only when her boss isn’t there) and sometimes brings her infant daughter to work; a hopeless dancer who ‘performs’ to passers-by and his web-cam in assorted public spaces but declines to do a private naked dance for a gay fan.

But the core of Present. Perfect. is the selection of disabled anchors, none of them at all embittered, who patiently answer questions about their conditions and demonstrate how they cope. Two of them are especially striking: the baby-faced man whose physical growth and sexual development ended before he reached puberty, who forces himself to take a factory job to stop being a burden to his parents (his web-name is Opposite Attitude), and the man of restricted growth with misformed hands and feet who earns pennies as a sidewalk artist, likes the odd beer and discusses the shallowness of much ‘friendship’. If this were a Warhol movie of the 1960s, these two would be the ‘superstars’.

Zhu’s film has larger implications (viewers will be struck by the absence of any system of social care), but it’s essentially a celebration of the brief moment when powerless individuals were able to give themselves a ‘voice’. As the title suggests (the Chinese title Wanmei Xianzaishi means the same as the English, albeit in reverse order) it’s about living in the moment and achieving a kind of flawed but beautiful ‘perfection’.