A celebrity is terrorised by her doppelgänger in Kon Satoshi’s delirious anime, back in cinemas now. On its original release, we praised its early critique of online fame. 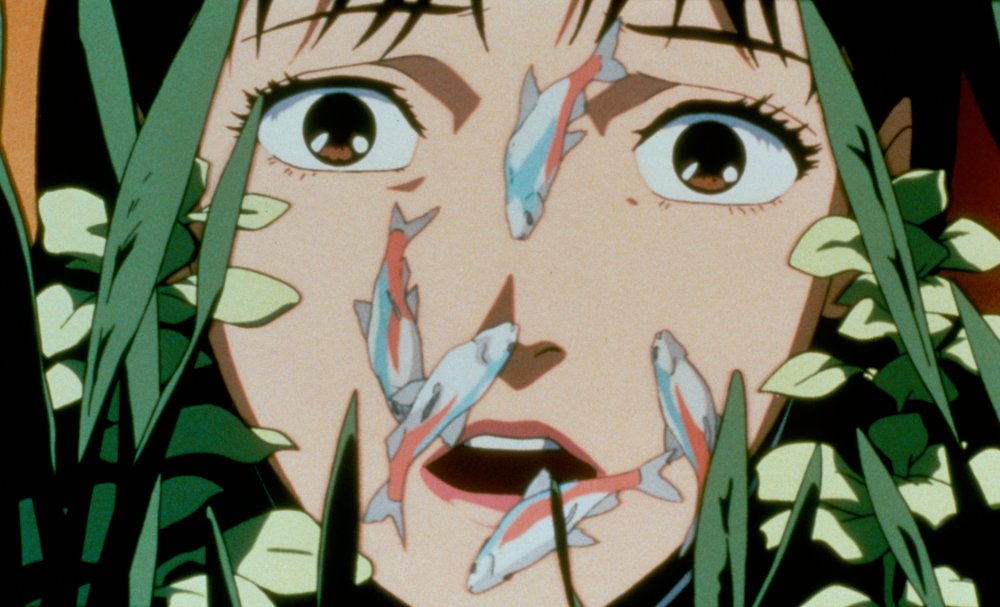 Perfect Blue could almost be the Kylie Minogue story in reverse. Its heroine Mima abandons pop for a career in a television soap, not only alienating the male fans of her squeaky-clean, white-knickered past, but causing her former self to return as a vengeful succubus. The film’s most telling images of fan fantasy revolve around Mimaniac, a dead-eyed ghoul cupping his hand to make it seem as if Mima is dancing in his palm.

In narrative terms, Kon Satoshi’s anime doesn’t wholly make sense. The phantom Mima seems to be at once the ex-singer’s own psychic projection and someone else.

But Perfect Blue has much to say about fame as an addiction for star and audience – a mutual dependency heightened these days by the internet. To know herself, Mima has to read her own diary as compiled by a psychotic fan. In essence, Perfect Blue is a traditional doppelgänger nightmare. Mima’s artificial pop self – one of three near-identical fluffy Lolitas that comprise girl-group Cham – revolts by taking on a life of its own, and all Mima can do is guiltily suffer its taunts, while trying to exorcise it in her new soap role. It’s no accident that Mima’s television character is dressed as a soft-porn version of the Cham look in her rape scene. 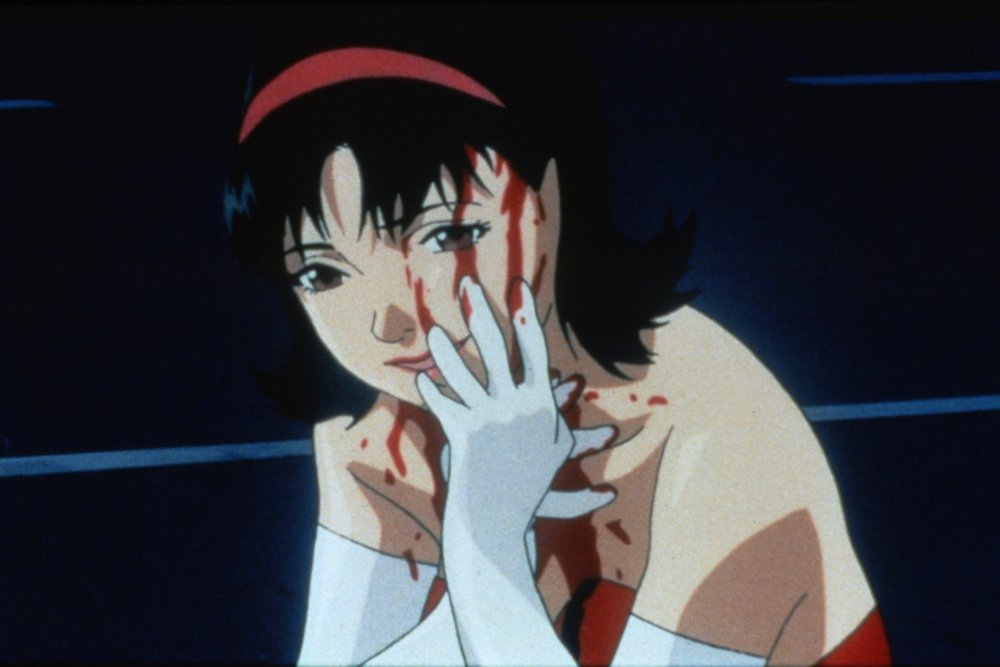 In one scene from the series, it seems that Mima’s character Yoko is suffering from multiple-personality disorder, and is convinced that she’s really Mima – a baffling moment soon revealed as only a provisional representation of Mima’s predicament. Elsewhere, the carpet is pulled from under our feet several times in quick succession. A traumatic scene proves to be a dream as Mima wakes, but that reality is collapsed in turn as Mima wakes yet again in a replay of the same scene – a brilliant use of the hallucinatory repetitiveness of commercial animation.

The reality-dream divide is memorably worked out in the images. Satoshi – a manga artist who worked on Roujin Z – goes for a flat, flimsy look, often reducing background figures to faceless cut-outs, but dropping in jolts of visual complexity, quoting pop and manga images as manufactured product. At one point an excessively baroque flash of manga art – a generic big-eyed space girl – invades the screen, looking much more three-dimensional than the film’s real world. The execution becomes a complex metaphor for Mima’s reality, in which the everyday becomes a colour-drained place of exile from the pop universe.

This dilemma is resolved in a bizarre conclusion, as Mima simply exchanges one kind of stardom for another: a career in soaps hardly seems the best way to get a purchase on reality. Even so, Perfect Blue is a delirious, culturally astute invention, and you can’t help thinking it would make instructive viewing for former Spice Girl Geri Halliwell.