As James Whale’s pre-code horror-comedy returns to the big screen, we share a review from a previous re-release, which praises the film’s many riches, and sets the record straight.

from the July 1979 issue of Monthly Film Bulletin 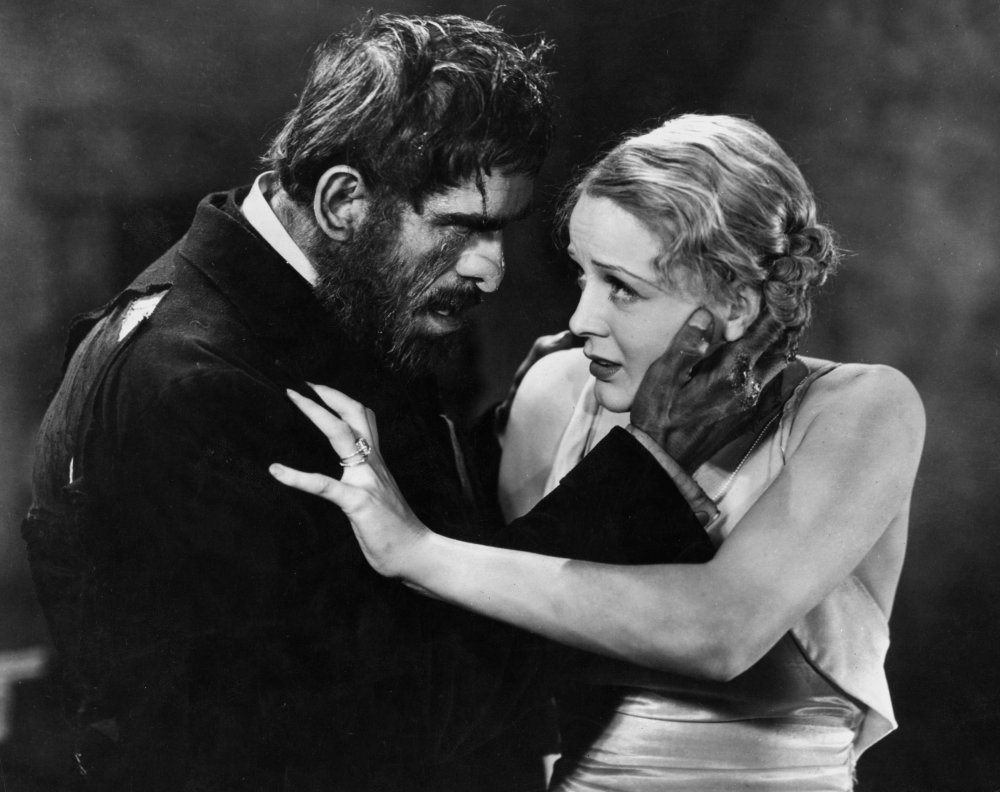 It is gratifying to find, even in a print of such poor quality as the one under review, that the overflowing exuberance of James Whale’s cast cannot be quenched. Despite the quality of the players, however the honours are ultimately due to Whale himself: the film is shot through in almost every scene by a wholly individual sense of comic timing and bizarre juxtaposition.

To take only one example of the latter, Whale prefaces the climactic introduction to the fearful Saul – who in the event turns out to be a little scampering mouse of a man – with a portentous high-angle shot of the household self-consciously posed at the foot of the stairs, and then cuts to a close-up (both sinister and ludicrous) of a forearm poked round a corner and resting on the banister rail. Later, to underline the effect, he returns amid the mayhem to the same shot: the unseen Saul appears to be transfixed unseen, at a bend in the stairs – and we long to know what he will look like.

Adapted from J. B. Priestley’s Benighted by Benn Levy and R. C. Sherriff (and there are echoes from Journey’s End in the character of Penderel), The Old Dark House is, though made in Hollywood, a peculiarly acute English horror story. It deals with notions of decency (Porterhouse’s dignified surrender of Gladys to young Penderel) and decorum (the astonishing lack of visible discomfort shown by Penderel and the Wavertons when they first enter the Femm household) which add an edge of social reality to a tale which in other respects is entirely given over to a celebration of imaginative fantasy. 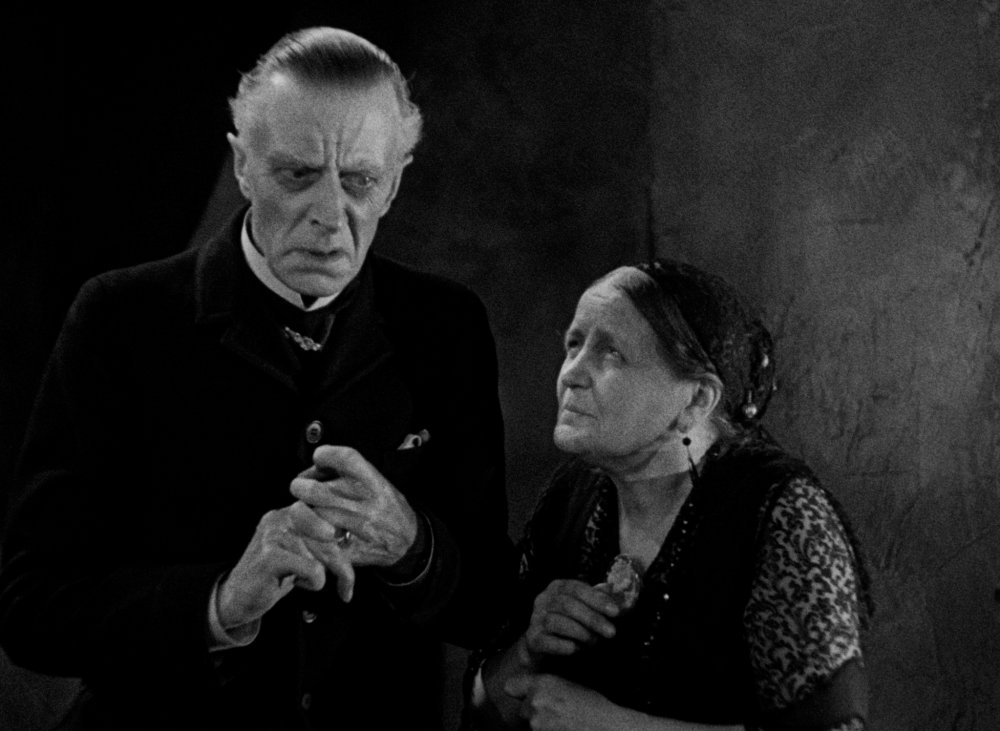 At the same time – and the lightning mood changes are another of Whale’s hallmarks – the elements of fantasy are also offset by moments of incongruous pathos, such as the after-dinner discussion (shading almost into tragedy) in which the boonsh Porterhouse suddenly retails some of his life history and makes a fair case for his vulgar accumulation of wealth. There are also moments when characters like Ernest Thesiger’s spindly Horace are allowed to indulge their flights of fancy without ever upsetting the delicate balance of the paper-thin narrative.

But perhaps most remarkable of all is the way in which Whale tinges his comic tone (and it remains comic to the climax, with Saul threatening Penderel with that quintessential adjunct to the upper-class table the bone-handled carving knife, earlier applied to the undoubtedly over-cooked beef) with moments of genuine horror, topped by an array of expressionist devices, from faces fragmented in a succession of mirrors to sets mirroring the characters’ state of mind (the empty expanse of Sir Roderick’s room). The moment, for instance when Rebecca leads young Margaret into the room occupied by her late sister Rachel – murdered, it transpires, years earlier – outlines the family’s bloody history and then icily observes that Margaret’s body, by now clad in a beautiful low-cut silk cocktail-dress, will in time disintegrate just as Rachel’s has done.

The film offers an embarrassment of riches in all departments: the long opening sequence, in which Waverton’s Rolls (with the windows all wound down) ploughs up hill and down dale through a truly torrential storm, employs effects which have hardly ever been bettered. Finally, it is gratifying to be able, unequivocally, to correct the assertion of an earlier M.F.B. reviewer, who said of a reissued print of this classic movie: “This dreary and dated film … is an unpleasant thriller which might well have been left in the vaults from which it was resurrected”. 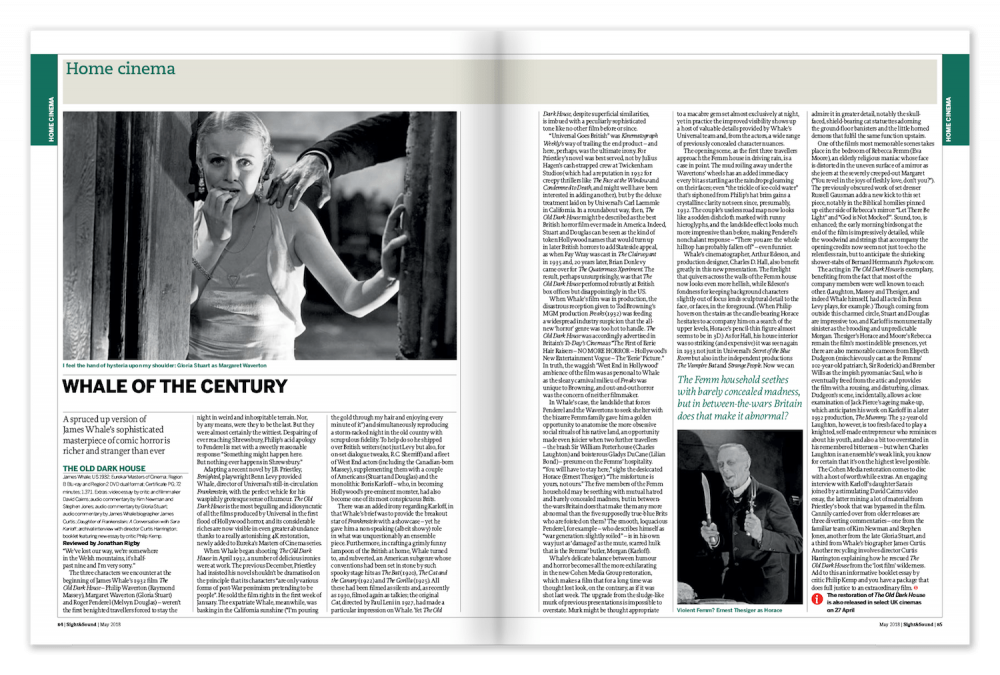 Whale of the century

A spruced-up version of James Whale’s sophisticated masterpiece of comic horror is richer and stranger than ever, says Jonathan Rigby.