With Tilda Swinton in a dual role leading a mostly excellent cast, the Host director’s snazzy science fiction succeeds as both a critique of the modern meat industry and a bittersweet tale of the bond between a girl and a mighty beast.

from our forthcoming July 2017 issue 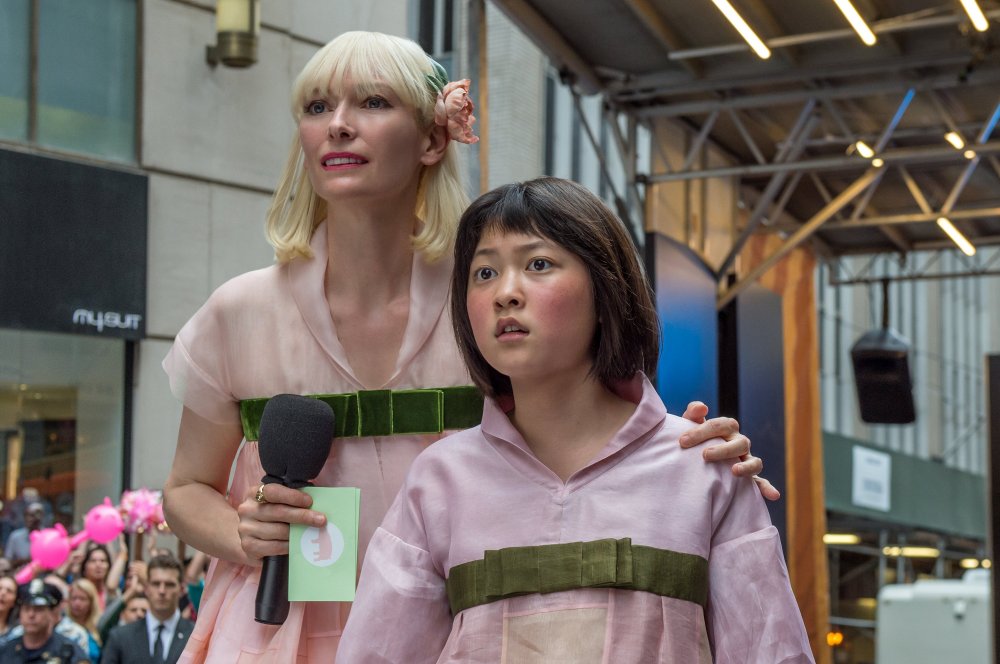 The expansive progress of Bong Joon-ho’s filmography through The Host (2006) and Snowpiercer (2013) has made it very clear that the Korean director has the imagination and technical chops to create fantasy cinema on a level with anything from the Hollywood mainstream, but a sensibility with no taste for the blockbuster production line’s easy reassurance. While the troubling ambiguities of the freedom struggle enacted on board Snowpiercer’s giant train refused to let the audience off lightly, the seemingly more conventional monster-movie dynamics in The Host actually provided a metaphorical catch-all for South Korea’s social anxieties.

At first glance, Okja probably appears like a more benign affair, an ostensibly sentimental variation on the ‘boy and his dawg’ theme, except that the bond between child and critter is formed by Ahn Seo-hyun’s mountain-dwelling South Korean tweenage girl Mija and the eponymous, imposing, digitally composed beastie, accurately described by Bong as a combination of pig, manatee and hippo. Loyal, brave and endlessly cuddlesome, Okja is just about the best pal a kid could ever have, with more than a hint of Miyazaki’s Totoro in its combination of bulk and quiet soulfulness. This being Bong, however, there’s a bit more to this CGI creation – if the fish-monster-thing in The Host presented a cluster of contemporary fears, Okja’s purpose is to open up a conversation about the harsh industrial realities of modern food production.

That much is clear from the snazzily staged 2007-set opener, where corporate CEO Tilda Swinton’s claims for a new generation of naturally birthed superpigs to combat world hunger – supported by cheery animated graphics and the anthemic tones of The Isley Brothers’ Harvest for the World – are delivered with such upbeat sincerity that suspicions of genetically modified skulduggery are instantly raised. 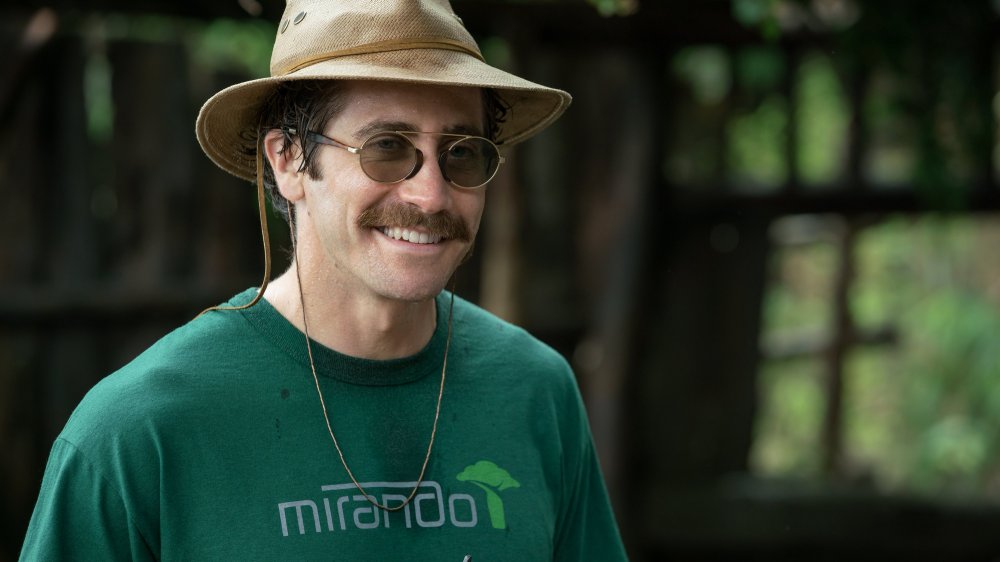 Indeed, hers is just one shade of the varied hypocrisies providing the narrative fibre as the film tears through a sturdy separation-and-rescue trajectory familiar from many an animal story. With the corporation’s plan for a world superpig beauty contest taking a decade to reach maturation, by the time we find Mija and Okja blissfully bonding on a bucolic Korean mountain top we already have some idea of the fate in store for the mighty porker. The girl’s bright-eyed innocence – if anything a little one-note – sets up an obvious contrast with Jake Gyllenhaal’s corporate sell-out TV zoologist, who’s come to collect the big beastie, and whose grating would-be comic turn (weirdly channelling Pee-wee Herman, it seems) is hard to take seriously when he later attempts to bare his compromised conscience.

Thankfully, the other stellar performers fare better in exposing their own tangled morals. Paul Dano layers in a hint of cold steel beneath his moon-faced sweetness as the idealistic activist struggling to stick to the Animal Liberation Front’s (ALF) non-violent precepts, while Swinton (previously an outstanding Thatcherite villainess in Snowpiercer) is truly resplendent in a dual role as the identical twins at the head of the dread Mirando corporation, one sister’s childlike happy-clappy eco-friendly spin the binary opposite of the other’s straight-talking conscience-free greed. Certainly, there’s a hint of King Kong as the plot brings Okja to be shown off in a public celebration of corporate accomplishment, and Bong really displays his digital mettle in the action highlights en route, where a destructive stampede inside a Seoul shopping mall combines state-of-the-art effects and sheer absurdist glee. 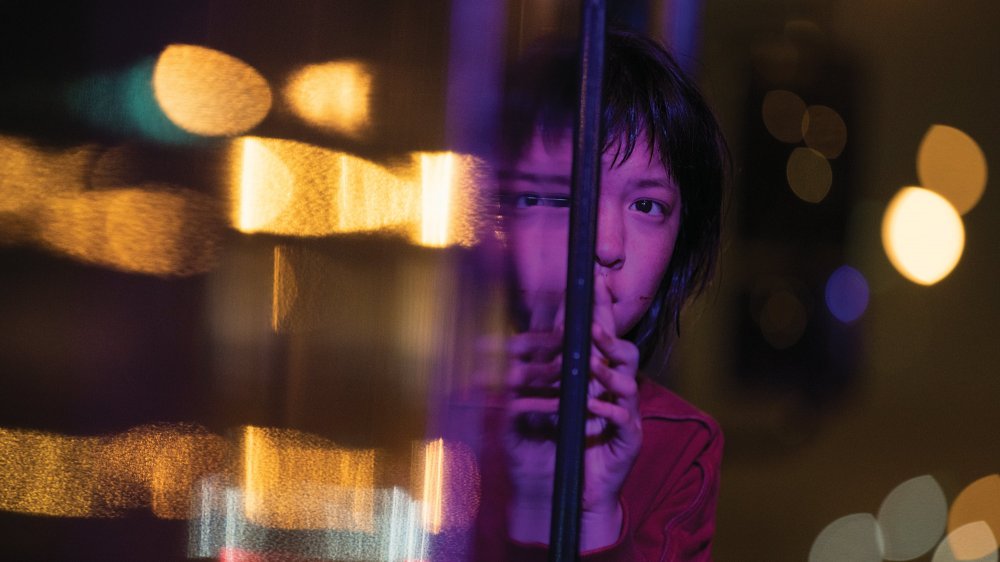 That said, the movie definitely shifts up another gear in dramatic intensity when the fun stops and we enter the charnel house of the Mirando lab-cum-slaughterhouse. The superpigs we see being sliced into plastic-wrapped portions aren’t exactly real, but given the emotional bond we’ve formed with loveable big lug Okja, seeing her brethren dispatched in this way is enough to make you slightly abashed about that pack of chops in the fridge at home.

Bong has clearly come a long way from the blackly playful disposal of sundry yappy apartment-block pooches in 2000’s Barking Dogs Never Bite; while the joshing aimed at the ALF here slightly softens the animal-rights agenda, the way Okja becomes a symbol of the marketing infantilisation masking the ugly practicalities of meat production shows Bong willing and able to spoil the party. Still, the bittersweet finale also flags up the challenges ahead in providing a harvest for the expanding world, so no platitudinous solutions here, just a movie that showcases Bong’s admirable flair for artfully unhinged spectacle, deftly undercut by a chastening reality check that never allows us to enjoy ourselves too much.