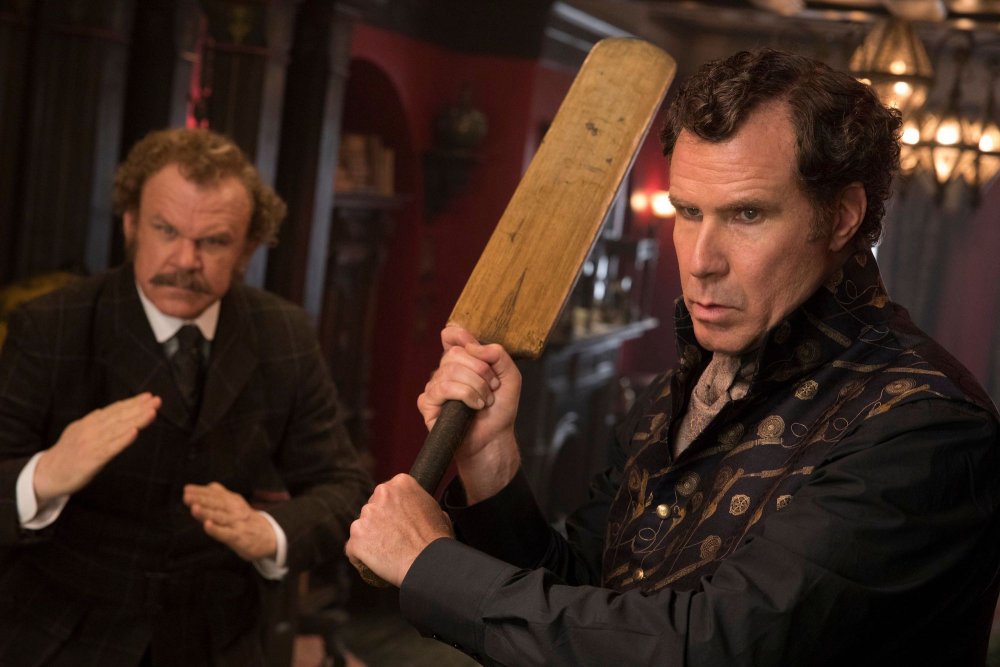 Will Ferrell as Holmes and John C. Reilly as Watson in Holmes and Watson

Ever since the days of Basil Rathbone and Nigel Bruce, there has been a vein of character comedy in screen portrayals of Conan Doyle’s great sleuth. As the figure of audience identification, Dr Watson registers both admiration for Sherlock Holmes’s extraordinary powers of deduction and intermittent exasperation at his arrogance and hauteur.

It’s easy to see the potential for pointed exaggeration, as in Gene Wilder’s 1975 The Adventures of Sherlock Holmes’ Smarter Brother or Thom Eberhardt’s 1988 Without a Clue, where the humour springs from the legendary Holmes being not quite as sharp as we’ve been led to believe. Enter the established comedy duo of Will Ferrell and John C. Reilly, as Holmes and Watson respectively, and the conceit this time seems to be that the actors’ goofball rudery and physical knockabout – seen in previous pairings Talladega Nights (2006) and Step Brothers (2008) – will generate gales of laughter when shoehorned into the seemingly inappropriate context of a Conan Doyle-style detective saga.

Unfortunately, howls of anguish are the result, since poor material, ill-timed performances and an all-encompassing air of desperate cluelessness create a mirth-free zone. Part of the problem is that writer-director Etan Cohen (not Ethan Coen, an important distinction) doesn’t quite know what to do with Ferrell’s facility for playing pompous fools. 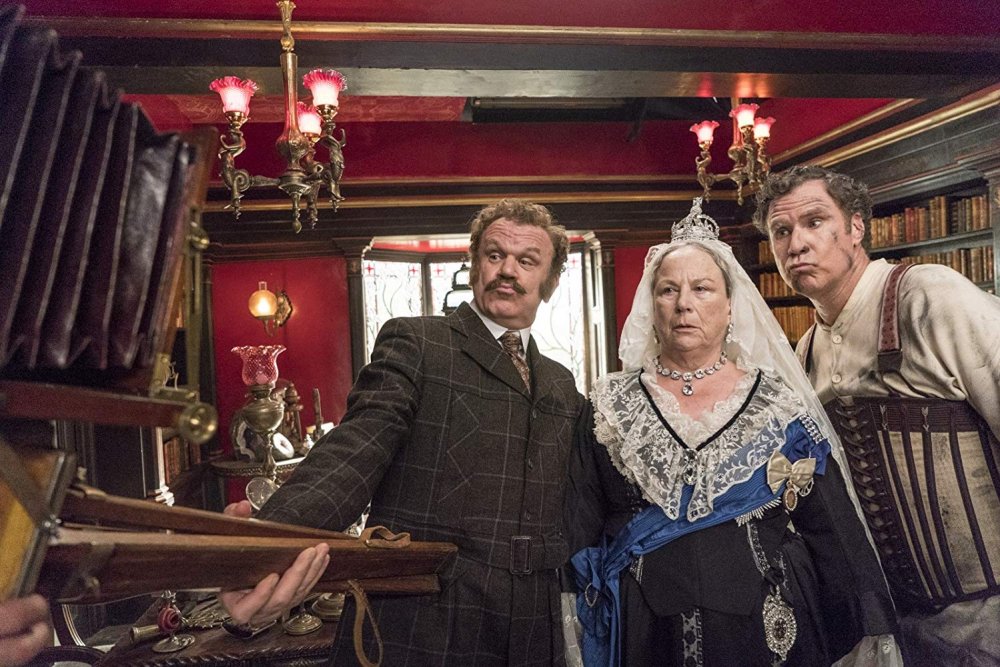 Here then are gags where the great detective’s elaborate deductions cause only chaos, notably in a tiresomely extended set piece involving the pursuit of an escaped disease-carrying mosquito; yet there are also key plot points where Holmes’s convention-defying conclusions (that the Moriarty brought to trial is an impostor, for instance), while unlikely, prove absolutely correct. There is no consistency in the telling, making it unclear how seriously we should take anything. A dismal sense of ‘so what?’ sets in early, and certainly isn’t helped by direction that struggles to shape the proceedings with any sense of urgency or tension.

It all stands or falls, therefore, on the gags themselves, and there’s very little here that hits the mark. Various bits of business show the central duo ‘inventing’ the selfie (with an ungainly box camera) and drunk texting (via telegram, which Holmes dubs the ‘intoxigraph’), while elsewhere the film looks to poke fun at changes in social attitudes, underlining Holmes’s liberal use of cocaine and his inability to conceive that a woman can actually be a qualified doctor.

The comic intentions are obvious but barely warrant a smile, which makes for a long 90 minutes, with the occasional puerile pratfalls and sheer waste of Ralph Fiennes, Rebecca Hall and Kelly Macdonald only intensifying the gloom. Glaring anachronisms, such as a gramophone playing The Righteous Brothers’ Unchained Melody in a senseless Ghost-themed skit, or the launch of the Titanic a good 30 years too early (cue a truly pitiful Billy Zane cameo as ‘himself’), indicate a film scrabbling around for something, anything, to raise a chuckle. Alas, without success. With apologies to Jordan Peele, ‘the sunken place’ has found its cinematic form.