In French master Claire Denis’ off-planet but decidedly earthy English-language debut, Juliette Binoche plays a crazed scientist intent on harvesting the semen of Robert Pattinson’s monkish inmate on a prison-ship sent to extract the energy from black holes. What’s not to like? 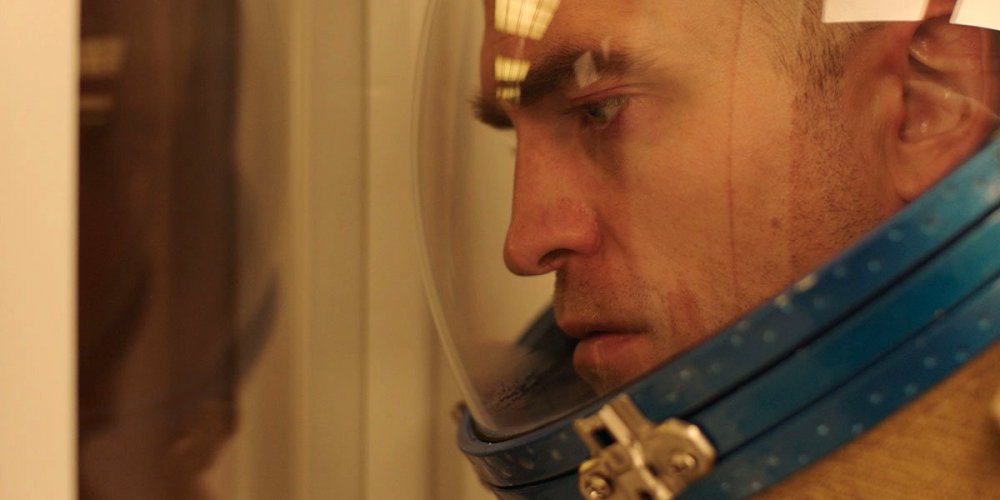 When introducing High Life to its first public audience in Toronto, Claire Denis said the film is about “trust, fidelity and sincerity”. Normally I’d argue that the director’s comments have no place in a review but those three words are a clue; a rope out of the existential black hole at the film’s core. All science-fiction is philosophy, after all.

Denis’ English-language debut is confronting, morbid and frequently dazzling. Robert Pattinson is Monte, father to a small, babbling baby but marooned on a radioactive spaceship from which he must manually request life support every 24 hours. There is little to do save tend to the baby, and to the ship’s artificially verdant garden, its green covered in glitter-fine dew. “Since we left the solar system, nothing – silence,” his voiceover says.

It is revealed that Monte and the ship’s original crew members, including Mia Goth’s Boyse and André Benjamin’s Tcherny, were “recycled” inmates (“some of us got life sentences, some of us are on death row”), destined to attempt an acceleration mission – or, as one character puts it, a “class one suicide ride” – that will, in theory, allow them to collect the energy from black holes. An opportunity to transform their “shame” into “glory”. There is perhaps a through line that connects her fascination with this doomed, self-contained community to Beau Travail’s military camp of lost souls.

In charge of the prisoners is Dr. Dibs (Juliette Binoche), a mad scientist and volcano of psychosexual energy whose own unspeakable crime is “the only one worthy of the name”. Dibs – or “the Shaman of Sperm”, as the others dub her, insists on harvesting the male inmates’ semen, artificially inseminating and hopefully impregnating the women. Monte, “the Happy Monk” to some, “Mr. Blue Balls” to others, insists on “abstinence over indulgence” and refuses to participate – but as with death, there is no choosing. Some things are inevitable. “Break the laws of nature and you’ll pay for it,” Monte says, mockingly.

“Constant acceleration creates a sense of weightlessness,” the convicts are told, but these are bodies under duress. Denis ensures it is felt. From exploding heads to milk-secreting breasts, rape, miscarriage, a memorably perverse contraption simply called ‘The Box’ and the crew’s obsession with hygiene, this science fiction is pure body horror. Monte shaves his beard ritualistically, keeping the trimmings in a plastic tub. He wears his hair in a close-cropped buzz-cut, and warns of drinking and eating one’s own “piss and shit”. It’s called “a taboo”, he tells his daughter.

The spare set design has a 70s Soviet feel, recalling films like Andrei Tarkovsky’s Solaris (there are traces of Stalker, too). Yet I detected Jonathan Glazer; a haunting sex scene borrows its abstract fantasy-nightmare landscape from Under the Skin, but there’s also a whirring uncanniness present that reminded me of 2004’s Birth. Hallways glow red and fill with mist; bodies float vertically, pulled downwards towards hell.